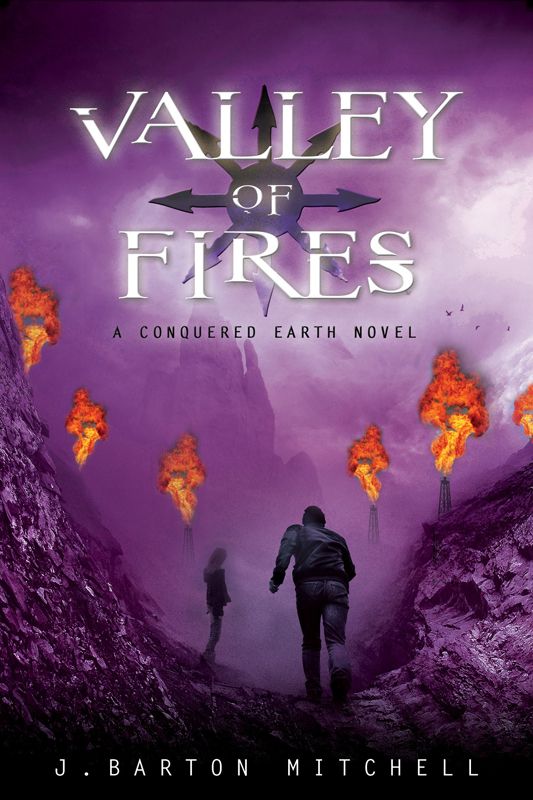 For my editor, Brendan Deneen.

Thank you for helping me bring this world to life.

38. Where the Winds Take You

SHE WOKE FROM DARKNESS
into darkness, ripped from blurry dreams that were contorted mixes of people and places she both recognized and did not. As her consciousness solidified, the first thing she noticed was how cold it was. The second … was that she was moving. Her body shook, strange clicking sounds came and went, and she could feel gravity pressing down.

She was traveling upward in some small, black container, but it was too dark to make out anything other than that it had been designed for carrying people bigger than her. Her hands and ankles were bound, and as the realization of just how trapped she was sank in, the spidery feeling of fear began to creep up her spine.

Light flashed from a small square in front of her.

It was a small window. Looking through it she could just barely make out giant, black walls, so far away from her they faded into the distance. She could see other things as well, flashing by as she was carried upward. There was movement inside this place. It was alive.

Throughout the interior of the massive structure, a complicated rail system had been erected. As she watched, black, oblong, metallic cases flew up and down them, moving every which way, and clicking from one rail to another. It must be one of those things she was riding in.

She saw other things too. Platforms built along the walls and attached to various interior superstructures, below and above. Some were factories, assembling shiny machines of different makes and configurations, most of which she recognized. Assembly combat walkers. Spiders. Mantises. Others. Those very machines had been hunting her for months, and the feeling of fear grew as she passed them.

Other walkers, hundreds of them, painted in different combinations of blue and white, marched in formation on what must be deployment platforms.

On other platforms rested thousands of airships—Ospreys, Raptors, Vultures—all painted in similar patterns of color. Some were landing, others were refueling or had their engines primed for liftoff.

Everything here was evidence of a massive military machine, and it only made her feel more trapped inside this moving coffin. She started to struggle, to try and break free. It was pointless.

Bright, wavering light burst through the window, so intense it blinded her. She grimaced and waited for her eyes to adjust. When they did, what she saw was so amazing it made her forget her fear and discomfort.

Outside, the world continued to drop away. The platforms were gone, the exterior walls were closer now, as if the building, whatever it was, narrowed the farther one traveled up. Only one thing filled the center of the empty space outside now.

A giant, wavering, geometrically perfect column of pure energy that must have been two or three hundred feet in diameter. The huge shaft of light was so distinct, she could see the individual particles which comprised it, floating upward, much slower than she did, gently and lazily drifting toward the top of the massive building.

As she moved, she saw other things around the energy column. Thousands of glowing, impossibly complicated crystalline shapes, made of beautiful golden light. She watched them float in and out of the beam, their own luminescence merging with the huge, wavering shaft.

She smiled in spite of everything. It was beautiful …

Her container shook once, twice, and then she felt its ascent slow, and the tingling of fear returned. Wherever she was going … she had arrived.

The pod shook again, a loud hissing sound erupting as the entire thing split in half and opened on compact hydraulics.

More light flooded in. She could still see the column of energy, stretching upward to where it floated up through the ceiling far above. The crystalline entities floated in and out of it …

… and there were others, waiting for her now, hovering above a small platform.

Behind them stood three machines of a type she had never seen. Four legs, like a Mantis, but much smaller, maybe five feet in height with thin bodies that held four tendril-like arms, actuated with servos up and down their length. Like every other machine here, they were painted in matching patterns of blue and white.

She flinched as the impression forced its way inside her mind, blooming to life and overpowering every other thought. She watched as three of the crystalline entities floated toward her, and they were different. Not golden, like the others, but dizzying mixtures of blue and white light, like a frozen sky.

You are home,
the entities above her declared.

The strange, four-legged walkers moved for her, their pulsating, mechanical tentacles reaching out, and Zoey couldn’t help it. She screamed.

HOLT HAWKINS HAD TO ADMIT,
the
Wind Maker
was a beautiful ship. Three masts salvaged from fishing boats on Lake Michigan stretched into the sky, and a hull shaped from the wood of old barns, the faded grays and reds of the paint still visible. She sat in the middle of the plains of what had once been southwest Idaho, about five miles from Currency, the Wind Trader capital. Like everyone else on board, he had his attention on something in the distance: an old tractor, sitting where it had been abandoned years ago, buried in weeds and overgrown corn, but still solid. It would make an excellent target.

If they ever got the cannon to work, of course.

Arrayed around him were almost two dozen Wind Trader Captains who had come to observe the test firing, and they were studying the proceedings with a great deal of skepticism. Holt didn’t blame them.

On the shoulders of one Captain perched a large cat, his coat marbled orange and beige, wrapped around the kid’s neck and perfectly comfortable. Max, Holt’s Australian cattle dog, stared up at the feline eagerly, though whether he wanted to jump it or be its friend Holt wasn’t sure.

Holt nudged the dog, breaking his concentration. “Don’t fixate,” he whispered. Max whined and looked back at the cat.

The test cannon was refusing to fire, after numerous assurances that it had finally been figured out. It had been fashioned in a joint effort by both Wind Trader engineers and what the White Helix called Adzers, those trained for the dangerous tasks of carving and shaping the powerful Antimatter crystals from the Strange Lands into the Helix’s rings and spear points. It was a dangerous job; do it wrong and you’d unleash the crystals’ energy and incinerate everything nearby.

The cannon itself was out of sight below, aiming through one of the ship’s brand new gun ports. Until this week, Landships had no need of gun ports, because none of them were armed, but that was just one of many things that were changing.

The representatives from both camps were on deck and, as usual, arguing heatedly.

“The crystals spark when it’s activated, so it’s not a power issue,” said Caspira, the White Helix’s principal Adzer. She was a tall girl, with a lithe and agile build like all White Helix, and her brownish hair hung down her back in a tight braid. Her voice was always calm, and always laced with ice. “It’s the cannon barrel, like I told you, it’s too constrictive.”

“Just because they spark, don’t mean they work, honey,” Smitty said back, decidedly less calm. He was a big, heavyset kid, mostly muscle, closing in on twenty, judging by the Tone in his eyes, and he was the Wind Traders’ head engineer, a position that involved overseeing the design, construction, and repair of its Landships. His hands were stained a permanent shade of charcoal from his work at the Shipyard forges. He was heated and volatile, the exact opposite of Caspira, and anytime they were within ten feet of one another, it was like gasoline and matches. “It’s a
power
issue, the barrel’s perfectly proportioned, I honed it myself.”

Smitty’s face reddened, but a commanding voice stopped him from exploding. “Stop it! Is it gonna work or did we waste an entire day coming out here?”

Both Caspira and Smitty turned to the tall, lanky kid who’d spoken. His name was Conner, and he was more than just another Landship Captain, he was the Consul of the Wind Trader Cooperative. It sounded fancy, but the position was mainly reserved for tie breakers within the Co-Op, so that no decision could go unresolved. The Consul also negotiated deals which affected the Wind Traders as a whole, called Grand Bargains, and it was why Holt and Mira had approached Conner when they’d first arrived. It was he who had accepted their deal, much to the Co-Op’s displeasure, and that displeasure was increasing every second the cannon didn’t fire.

“It’s fired twice before,” Smitty said in annoyance. “Something probably shifted when we mounted it, the girl here and I will…”

“A
fast
once-over,” Conner told him with a glare. Holt could feel the growing impatience spreading through the assembled Captains. It was an ongoing dispute that threatened more and more every day to destroy the deal Holt and Mira had built, the one that would get them and the White Helix to San Francisco, where the Citadel sat, and where the seemingly impossible task of rescuing Zoey waited.

“You made a Grand Bargain without consulting any of the other Captains … for
this
?” The impatience had finally spilled over. The Captain was a girl, maybe eighteen, and oddly, she spoke with a British accent, something he hadn’t heard since he was a kid.