Read Vanish in an Instant Online

Vanish in an Instant 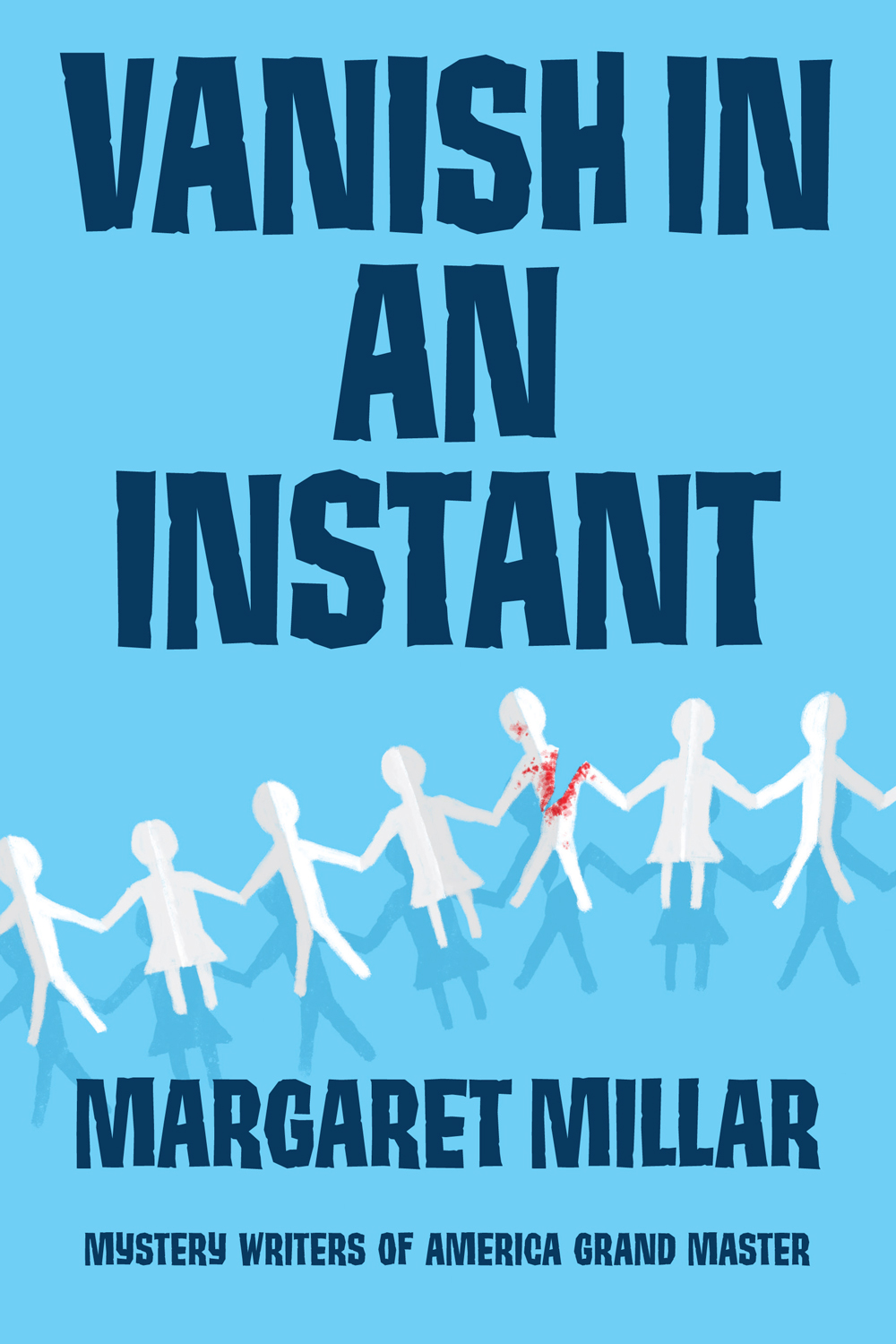 VANISH IN AN INSTANT 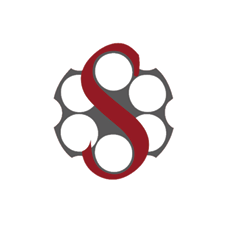 This edition published in 2016 by

For My Loved Ones

On the observation ramp above the airfield she could see the faces of people waiting to board a plane or to meet someone or simply waiting and watching, because if they couldn't go anywhere themselves, the next best thing was to watch someone else going. Under the glaring lights their faces appeared as similar as the rows of wax vegetables in the windows of the markets back home. She scanned the faces briefly, wondering if one of them belonged to her son-in-law, Paul. She wasn't sure she would recognize himâin her mind he had never entirely taken shape as a person, he was just Virginia's husbandâor that he would recognize her.

“
I
certainly haven't changed,” she said aloud, quite sharply.

Her companion turned with an air of surprise. She was a slim girl in her early twenties, rather pretty, though her fair hair and extremely light eyebrows gave her a frail and colorless appearance. Her eyes were deep blue and round, so that she always looked a little inquisitive, like a child to whom everything is new. “Did you say something, Mrs. Hamilton?”

“People don't change very much in a year, unless it's a bad year. And I haven't really had a bad year until thisâuntil now.”

The girl made a sympathetic sound, to which Mrs. HamÂ­ilton reacted stiffly. Mrs. Hamilton actively disliked and resented sympathy. In contrast to her plump small-boned body, her nature was brisk and vigorous. Holding her large black purse firmly under her arm she crossed the swept conÂ­crete apron toward the entrance to the terminal. As she passed the ramp she glanced up at the vegetable-faces once more.

“He might be waiting inside,” the girl said. “It's cold.”

“I told you to be sure and buy a warm enough coat.”

“The coat's warm enough. But the wind isn't.”

“Californians get spoiled. For winter this is quite balmy.” But her own lips were blue-tinged, and her fingers inside the white doeskin gloves felt stiff as though they were in splints. “I didn't ask him to meet me in my telegram. Well, we'll take a taxi to Arbana. What time is it?”

“Too late. They probably won't let me see Virginia toÂ­night.”

“I guess theâI guess
they
have visiting hours like a hosÂ­pital.” She spoke the word
they
as if it had an explosive content and must be handled carefully.

There was a line-up at the luggage counter, and they took their places at the end of it. To Mrs. Hamilton, who was quick to sense atmosphere, the big room had an air of excitement gone stale, anticipation soured by reality.

Journey's end, she thought. She felt stale and sour herÂ­self, and the feeling reminded her of Virginia; Virginia at Christmas time, the year she was eight. For weeks and weeks the child had dreamed of Christmas, and then on Christmas morning she had awakened and found that Christmas was only another day. There were presents, of course, but they weren't, they never could be, as big and exciting and mysterious as the packages they came in. In the afternoon Virginia had wept, rocking herself back and forth in misery.

“I want my Christmas back again. I want
my
Christmas!” Mrs. Hamilton knew now that what Virginia had wanted back were the wild and wonderful hopes, the boxes unÂ­opened, the ribbons still in bows.

Soon, in two weeks, there would be a new Christmas. She wondered, grimly, if Virginia would weep for its reÂ­turn when it was gone.

“You must be tired,” Alice said. “Why don't you sit down and let me wait in line?”

The response was crisp and immediate. “No, thanks. I refuse to be treated like an old lady, at my age.”

“Willett told me I was to be sure and look after you properly.”

“My son Willett was born to be an old maid. I have no illusions about my children. Never had any. I know that Virginia is temperamental. But that's
all
. There's no harm in her.” She rubbed her moist pallid forehead with a handÂ­kerchief. The room seemed unbearably hot, suddenly, and she was unbearably tired, but she felt impelled to go on talking. “The charge is false, preposterous. In a small town like Arbana the police are inefficient and probably corrupt. They've made an absurd mistake.”

She had spoken the same words a dozen times in the past dozen hours. They had, with repetition, gained force and speed like a runaway car going downhill, heading for a crash.

“Wait until you meet her, Alice. You'll find out for yourÂ­self.”

“I'm sure I will.” Yet the more Mrs. Hamilton talked about Virginia, the more obscure Virginia became, hidden in a thicket of words like an unknown animal.

“I have no illusions,” the older woman repeated. “She is temperamental, even bad-tempered at times, but she's incapable of injuring anyone deliberately.”

Alice murmured an indistinct but reassuring answer. She had become conscious, suddenly, of being a focus of attenÂ­tion. She turned and looked over Mrs. Hamilton's shoulder toward the exit door. A man was standing near the door watching her. He was in his middle thirties, tall, a little slouched as if he worked too long at a desk, and a little hard-faced, as if he didn't enjoy it. He wore a tweed topÂ­coat that looked new, and a gray fedora and heavy brown English brogues.

“I think your son-in-law just came in.”

Mrs. Hamilton turned too, and glanced brightly at the man. “That's not Paul. Too well-dressed. Paul always looks like someone in a soup line.”

“He seems to know you, by the way he stares.”

“Nonsense. Don't be so modest. He's staring at you. You're a pretty girl.”

“No woman
feels
pretty without a man. I used to feel pretty, though I never was, of course.”

It was true. She had never been pretty even as a girl. Her head was too large for her body and emphasized by thick brown hair that was now burning itself out like a grass-fire and showing streaks of ashes. “You must learn to
pretend
, Alice. After all, you're not a schoolteacher any more. You're a young woman of the world, you're traveling, all sorts of exciting things can happen to you. Don't you feel that?”

The man at the door had come to a decision. He crossed the room briskly, removing his hat as he walked.

Mrs. Hamilton faced him, a slight frown creasing the skin between her eyebrows. The encounter, whatever it meant, wasn't in her plans. She had no time to waste or enÂ­ergy to squander on a stranger. She gripped her purse a little tighter as if the stranger had come to steal something from her.

“My name is Eric Meecham. Dr. Barkeley sent me to meet you.”

“How do you do?” He had a low-pitched voice with a faint rumble of impatience in it.

“I'm a lawyer. I've been retained to represent your daughter.”

“In my wire I instructed him to wait until I arrived.”

Meecham returned her frown. “Well, he didn't. He wanted me to try and get her out of jail right away.”

“It's not money. They can hold her for forty-eight hours without charge. It looks as if that's what they're going to do.”

“But how can they hold an innocent girl?”

Meecham picked up the question carefully as if it was loaded. “The fact is, she hasn't claimed to be innoÂ­cent.”

“Nothing. She won't deny anything, won't admit anyÂ­thing, won't, period. She's . . .” He groped for a word and out of the number that occurred to him he chose the least offensive: “She's a little difficult.”

“I can see that.” The line-up had dwindled down to just the three of them. Meecham looked questioningly at Alice, then turned back to Mrs. Hamilton. “You came alone?”

“No. No, I'm sorry, I forgot to introduce you. Alice, this is Mr. Meecham. Miss Dwyer.”

Meecham nodded. “How do you do?”

“Alice is a friend of mine,” Mrs. Hamilton explained.

“Really? If you'll give me the luggage checks, I'll get your things and take them out to my car.”

Mrs. Hamilton handed him the checks. “It was kind of you to go to all this trouble.”

“No trouble at all.” The words were polite but without conviction.

He carried the four suitcases out to the car and piled them in the luggage compartment. The car was new but splattered with mud and there was a dent in the left rear fender.

The two women sat in the back and Meecham alone in the front. No one spoke for the first few miles. Traffic on the highway was heavy and the pavement slippery with slush.

Alice looked out at the countryside visible in the glare of headlights. It was bleak and flat, covered with patches of gray snow. A wave of homesickness swept over her, and mingled with it was a feeling much stronger and more vioÂ­lent than homesickness. She hated this place, and she hated the lawyer because he belonged to it. He was as crude and stark as the landscape and as ungracious as the weather.

Mrs. Hamilton seemed to share her feeling. She reached over suddenly and patted Alice's hand. Then she straightÂ­ened up and addressed Meecham in her clear, deliberate voice: “Just what are your qualifications for this work, Mr. Meecham?”

“I took my law degree here at the University and played office boy to the firm of Post and Cranston until they found me indispensable and put my name on a door. Is that what you want to know?”

“I want to know what experience you've had with crimÂ­inal cases.”

“I've never handled a murder case, if that's what you mean,” he said frankly. “They're not common around town. You know Arbana?”

“Then you know it's a university town and it hasn't a crime rate like Detroit's. The biggest policing problem is the traffic after football games. Naturally there's a certain percentage of auto thefts, robberies, morals offenses and things like that. But there hasn't been a murder for two years, until now.”

“And they've arrested my daughter.”

“I can't, I just can't believe it. All they had to do is take one look at Virginia to realize that she's aâa
nice
girl, well brought up.”

“Nice girls have been in trouble before.”

There was a brief silence. “You sound as if you think she's guilty.”

“You have. I can tell.” Mrs. Hamilton leaned forward, one hand on the back of Meecham's seat. “Excuse me if I sound rude,” she said softly, “but I'm not sure you're qualified to handle this business.”

“Naturally you'll try. If murders are as rare in this town as you claim, it would be quite a feather in your cap to conÂ­duct a defense, wouldn't it?”

“I don't believe I'd like to see you wearing that feather, at my daughter's expense.”

“What do you suggest that I do, Mrs. Hamilton?”

“I see. Well, I'll talk it over with Paul tonight.”

They were approaching the town. There was a red neon glow in the sky and service stations and hamburger stands appeared at shorter intervals along the highway.

Mrs. Hamilton spoke again. “It's not that I have anyÂ­thing against you personally, Mr. Meecham.”

“It's just that my daughter is the most important thing in my life. I can't take any chances.”

Meecham thought of a dozen retorts, but he didn't make any of them. He felt genuinely sorry for the woman, or for anyone to whom Virginia Barkeley was the most important thing in life.