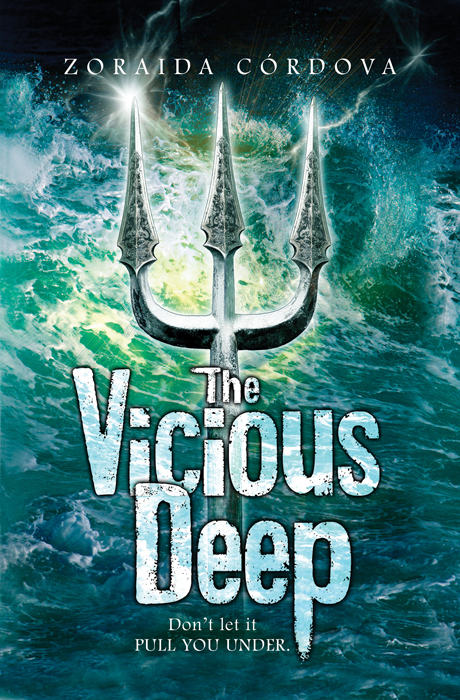 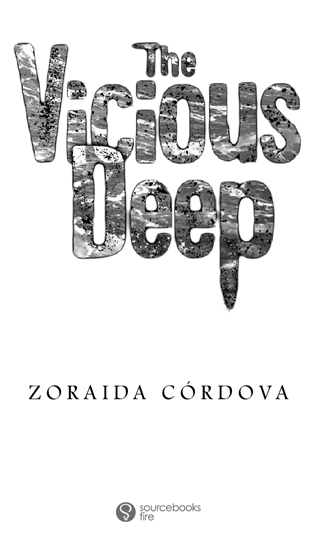 This novel is dedicated to Marcos Medina:

Caco
, brother, uncle, and father all in one.

For your patience and love and for being

everything that is Good in this world.

Oh, and for styling my bangs 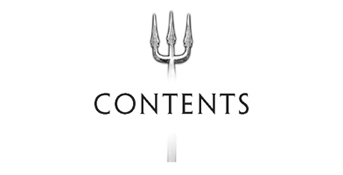 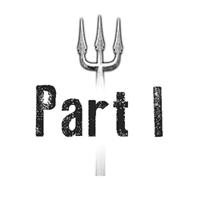 Some things you learn best in calm, and some in storm. 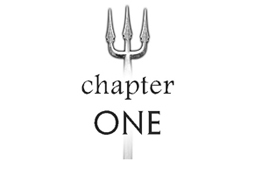 I hear the first wave before I see itâ

Hear the rumble of the sky that reaches down to the belly of the sea, hear the clouds that appear out of nowhere. They churn and curl inside themselves in big gray mouths across the sky. The sky that up to a few seconds ago was perfect and blue.

I'm standing at the bottom of the lifeguard tower. The white-washed wood is warm where I lean my arm. It's supposed to be mine and Layla's shift, but I've given up my seat so she can sit with Maddy. Together they sit up top in that way girls do when they're joined in a single purposeâand that's
loathing
me with all their evil-eyed, purse-lipped, cross-armed attitude. And I take it like a man, because after what I did to Maddy, that's the least I can do to make things right.

I can't shake the feeling of water stuck in my ear. But that could also be because I'm hungover, which means I shouldn't be swimming or actually trying to save anyone's life. I hate not showing up for work or a meet. I may be a lot of things, but flaky isn't one of them.

Behind me is a stretch of the Coney Island boardwalk, and behind that are Luna Park, Nathan's Hot Dogs, and the Cyclone. There's Sideshows by the Seashore and the unused parachute tower, which is the best place to take a girl on a cheap date after all the rides are shut down. I've come here every day since I can remember. There's just something in the air that makes you want to be here. It's in the screams and thrills of the rickety rides that have been running longer than most people's grandparents have been alive. In the food courts that sell you questionable but delicious meat. It is beauty and grime all mixed in one, and I love being in the middle of it. Plus, chicks love lifeguards.

Chicks who aren't Layla and Maddyâat least, not anymore. I can hear Maddy whisper to Layla, and both of them scoff. A group of girls walks past me. They're the same bunch of girls who have been pacing back and forth in bikinis too small for their goods, and on any other day, I wouldn't be complaining. They hold paddling boards with Hawaiian flower patterns on them, even though their hair is ironed perfectly straight and their fake eyelashes haven't been touched by the water.

I know what Maddy and Layla are thinkingâthat I'm enjoying the way these girls tiptoe around shells, winking in my direction. Sure, they're regular-hot, but they're doing the Lifeguard Catwalk from one end of the beach to the other. It's when girls are on the prowl to pick us up, and honestly, I'm not the only one they're checking out. No matter what a lifeguard looks like, the girls just go nuts. They're past our station now and halfway down to Jerry, who isn't exactly a girl magnet, but, hey, lifeguards are the more naked version of firemenâthe girls just love the uniforms. In my case, the orange Speedo.

Suddenly, Layla's laugh cuts through the noise around usâgirls giggling on beach towels taking turns pouring baby oil on their already browned shoulders, cops in a 4x4 giving some kids hell because they're drinking, two little girls fighting over a pink plastic shovel. Layla's laugh has a certain effect on me. It always comes from her gut when she thinks something is really funny. When we were little, we'd have contests to see who had the best evil-villain laugh. She'd always win. I glance up at her, and my hungover stomach does a flip. She smirks with her heart-shaped lips, listening to Maddy, who wears a T-shirt over her bathing suit. I can practically feel their eyes rolling into the back of their heads. Probably about me.

Something catches Layla's attention on the shore. She lowers the aviators she “borrowed” from her dad right to the tip of her nose. I follow her stare toward some guy wearing only ripped pants and looking like he just washed up on shore from a sinking ship. The water bounces off his shoulders like light on glass. I really hate kids who wear clothes to the beach. It's
the
beach
. If you don't want to tan, stay at home. That must be the reason she's staring. He stands with one hand blocking the sun from his eyes, scanning the crowd. What he needs to look for is a pair of trunks and a towel.

I blow my whistle lightly, even though no one is doing anything wrong. The little girls still fighting over the shovel think it's at them, and they stop, so at least that's something. 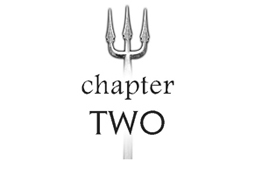 Behind me is the world I've known since forever. The sliver of sun that is still out is shining down on us, like the big guy in the sky is pointing a finger, going,
There, down there, get 'em!

Around me are the first screams, the kind that start off at the top of a coaster before you take the deep plunge because you're actually enjoying the pull in the pit of your stomach. Like the whole world is pulled right out from under your feet, and even though, technically, you're safe in the harness, you're still scared of falling.

That was the first wave.

The second screams come from their gutsâfearful, shrill, run-for-your-lives screaming. It's the biggest wave I've seen in person. Not tsunami big, not in the way they teach us in earth science. But for this beach, in the middle of June, in the middle of the most perfect day up to one minute ago, it sure feels tsunami big.

Someone knocks into me as he's running away from the water, red towel in one hand and shoes in the other. The smarter ones abandon their towels, their smuggled beer bottles, their half-built sand castles, their sandy cheese fries, and their garbage, which they would've left behind anyway, really.

I catch on to the signal of whistles and blow my own. A little girl with white-blond hair and a red face from screaming runs to me. She's cold and shaking, and I pick her up because I don't know what else to do. I look around, but it's no use trying to find who she belongs to. The lifeguard whistles mingle with the screaming crowd. The sun that was burning my shoulders in that good kind of way is completely swallowed by mammoth clouds.

A haze on the horizon separates the gunmetal gray of the sky and the darkening sea. It's raining miles away. Pinpricks of lightning flash against the sky. The storm is racing to our shore. The little girl hits my chest with her cold fists and points at the crowds wading in against the pulling of the tide, like the sea has hands and wants to drag them back in.

Between the undulating water and the stampede splashing off the beach, I see a set of pale arms struggling against the current. She's close enough. I can make it.

Maddy climbs down the tower first.

“Take her.” I shove the little girl at her.

I grab the buoy and sling it around my neck as I run toward the water. A whistle blows hard and clean through the noise. It's Layla. She climbs down the tower in the orange-and-white bathing suit she hates to wear, her long, rich brown hair swishing in its ponytail. I don't know if it's the chaos of the storm or the adrenaline rushing through my body, but I kiss her. Not on the mouth. Not the way I want to. I put my hand on the back of her neck and kiss the top of her head. Her hand closes around my wrist, panicked. She says something like,
Nothing
we
can
do. Let's go
, and pulls me away from the shore.

But I don't listen. I can't listen. I only see the flailing arms, the face that comes up for air too quickly before getting sucked back down. I brace against the ice coldness of the water and dive. It takes me seconds to wait for the shock of cold to leave my lungs, breathe, and dive back in. I paddle with strength and speed I didn't even know I was capable of. The water pushes against me hard, harder than any water I've ever been in. I squint against the sting of salt water and sand in my eyes. I can hear my heart in the silence of the even strokes of my arms. For all the commotion on the surface, down here it's just a rustle.

When I surface for air, I'm a little more than halfway to her. The tide has risen severely in seconds, and it isn't stopping. I turn to look back at the shore. I can make out a cluster of orange and blue where lifeguards and cops crowd the beach. And then there's Layla screaming my name. It could be anyone, really, but it isn't. It's Layla, screaming my name.

Coach Bellini always says, “
Know
your
finish
line. It isn't getting to one end of the pool first. It's making it back first. Swim to it. Swim back.
” That's not what I've done. When I turn around to dive again, I can't see the set of arms waving at me in the distance anymore. I'm farther away from shore than I had thought. There is the second huge wave. Green, dark, and cold.

It swallows me whole before I can catch my breath.

Such Men Are Dangerous by Stephen Benatar
Bounce by Noelle August
The Midnight Show Murders (2) by Al Roker
Harvest of Hearts by Laura Hilton
The Incredible Melting Man by Phil Smith
Thorn in My Heart by Liz Curtis Higgs
Love Lost and Found by Michele de Winton
The Candidate's Wife by Isabella Ashe
The Prince's Unwilling Lover (The Royals of Monaco, #1) by Leslie North
Bumblestook: Book 1, The Accidental Wizard by Sheri McClure-Pitler