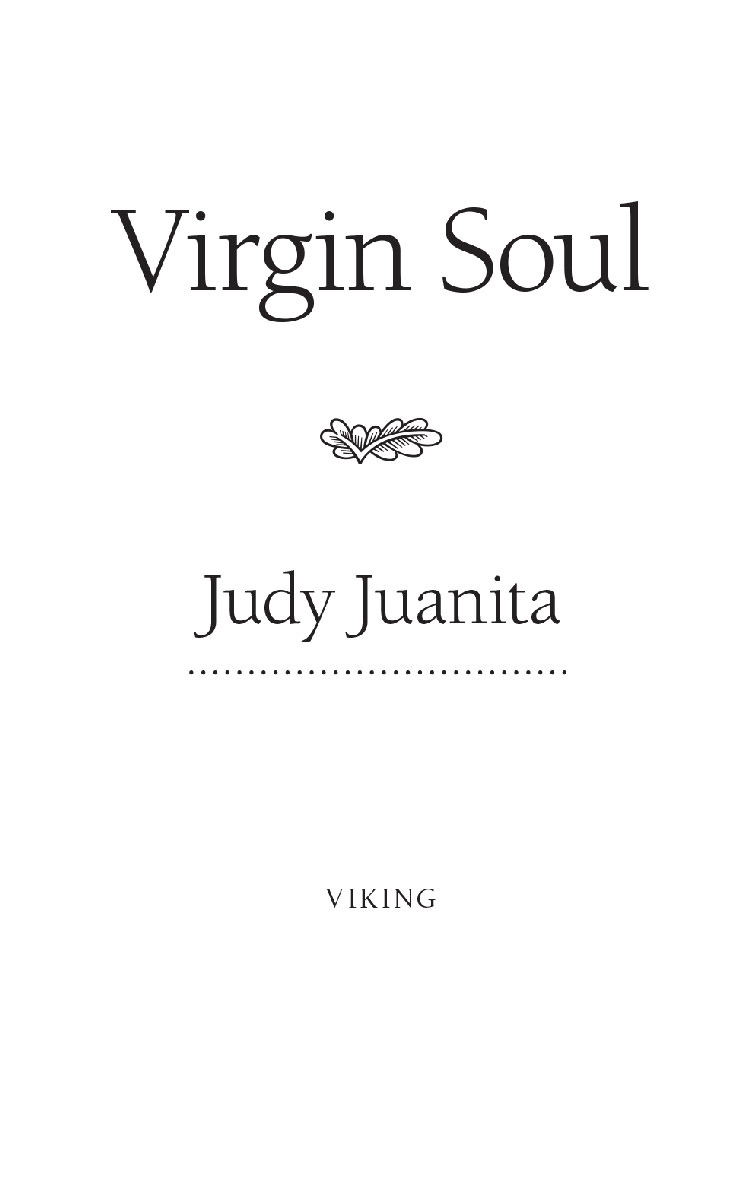 For more information about the Penguin Group visit penguin.com

First published in 2013 by Viking Penguin, a member of Penguin Group (USA) Inc.

All rights reserved. No part of this book may be reproduced, scanned, or distributed in any printed or electronic form without permission. Please do not participate in or encourage piracy of copyrighted materials in violation of the author's rights. Purchase only authorized editions.

In loving memory of my parents

For their enduring union

for teaching me the meaning of commitment

T
his is a work of fiction set in the context of events that took place during the early years of the Black Panther Party. Other than references to those historical events, all names, characters, places, and incidents either are the product of the author's imagination or are used fictitiously.

U
ncle Boy-Boy was a dentist and Aunt Ola Ray was his wife and I was not their adored childâI was more obligation than kin, their dark-skinned orphan-in-residence. I had gotten accepted into SF State as a freshman, but my “financial resources” amounted to my seventy-two-dollar monthly Social Security check. I wasn't about to ask them to support me. It was 1964 in Oakland, California, and the Monday after I graduated high school I hotfooted over to Oakland City College and registered. Very soon thereafter, I moved to the Berkeley YWCA for $12.50 a week and kept my head attached to a Dictaphone at the Alameda County Welfare Department twenty hours a week to earn my way through school.

Thus, one month out of high school, July 1964, I hit Oakland City College's summer session. The powers that be had changed the name to Merritt College and were building a hills campus. But we called it City, a raggedy, in-the-flatlands, couldn't-pass-the-earthquake-code, stimulating, politically popping repository of blacks who couldn't get to college any other way, whites who had flunked out of the University of California, and anybody else shrewd enough to go free for two years and transfer to Berkeley, prereqs zapped. Other colleges may have been places where one and all rushed to finish, but at City, guys stayed on, growing not necessarily wiser but hipper. If women stayed longer than two, two and a half years, they were old meat. I learned fast what I wanted to be.

When I got there, Huey Newton had been there a few, old as salt. His girlfriend's locker was next to mine. She and I took tennis and French together and traded notes for Western Civ. I didn't know diddly about the Greeks being invaded by the Romans, but Margaret, whose parents were Greek, knew it like the back of her hand. Our lockers were right next to my journalism classroom, where I was always dashing out of the newsroom fancying myself a kind of cub reporter on a mission around the school. Journalism was exciting where English 1A was stifling. I got used to Huey's high-pitched voice asking me, “Have you seen Margaret?” He was always looking for her. She and I practiced often, lobbing shots on the court and using our mot du jour. Sometimes we walked to her parents' house, a colonial three-story on nearby College Avenue, talking French all the way. They made a strange couple. Margaret was white, tall, and husky-voiced, and had dark hair down to her waist and gushed upper middle class. Huey was short and cute but street. With his pop-out-of-nowhere demeanor and pointy-toe shoes, he fit my image of a crazy nigger. What I loved was listening to the black intellectuals and white boys from the W. E. B. Du Bois Club talk; my friends lumped all of them together as Communists. On hot afternoons we sat for hours on the front lawn, cutting class or coming back after class to see if they had fainted from heat prostration. I was there as often as I was in class. Their language made no sense to meâFair Play for Cuba sounded like U.S. volleyball teams going to Havana.

Summer session at City was the most exciting time, because everybody was there hanging out: the black Greeks from San Francisco State and San Jose State picking up the free six credits; the students from the black colleges home for the summer; and the grads fresh out of high school. To see, be seen, and catch. Everybody ragged down. I had never seen so many fine dudes in my life. My friends and I had a rating system: the X-ray guysâthey were the ones who looked clean through your clothes; the bifocalsâthey studied you to see if you measured up; the four-eyesâthey studied, period; and the 20-20sâjust right. Not fresh but willing, not snobbish but particular, and so sure they were going to be somebody.

The 20-20s were rare. One wanted to be an accountant, not just a bookkeeper, but a certified public accountant. We were impressed. I saw him years later collecting tolls at the Bay Bridge. Another one never specified what he wanted to be but was earnest, polite, and neat, the trappings of aspiration as essential as aspiration itself at that stage.

And
seddity, siddity, sedid
, the word hasn't gotten to
Webster's
dictionary yet. The uppity, light-skinned sedids went to Snookie's for lunch; Snookie's was all plate-glass windows and striped candy colors. The sedids possessed money or, in lieu of that, yellow, high yellow, sandy yellow, mellow yellow, sandy, mariney, light brown, peach, or caramel skin; the line stopped there. Money for Snookie's regulars meant living in the hills or, for dudes, driving a dick carâthe Stingray or the Jaguarâin red, silver, or white. An MG was okay too. If they didn't have the car, money, or name that signified daddy was a judge, Realtor, doctor, or lawyer, or that mother was a schoolteacher, and if they weren't cute, i.e., keen featured, didn't dress sharpâblue cotton slacks with the madras belt and shirt to match, gray gabardine slacks with jeff shirt and pullover sweater, uh, sleeves very full, if you pleaseâthe guys had to have a rap, a line that wouldn't quit:
You rocking, baby, from the front, the side, and all the way back.
Thank goodness for equalizers, for
x
, the unknown factor that makes for resiliency.

The get-down place to go was not seddity Snookie's but dark and dusty Jo Ethel's, the greasy spoon where Percy Mayfield blew the blues and the doughnuts were as fresh as the milk was sour. I saw Huey occasionally at Jo Ethel's, never on the makeshift podiums with the intellectuals. I didn't hang much anywhere and didn't get around. The first time I heard someone call Mary Jane an aphrodisiac, I imagined that black patent leather shoes were a kind of kinky turn-on. The students talked sex like medical practitioners. Clothes hangers, quinine, horseback riding, liver pills, 1,001 ways to get unpregnant, and the corresponding 1,001 ways to get knocked up all over again. If I had taken their word as gospel, I would have thought the plumbing of every student apartment in the vicinity of City was clogged with fetuses. Good grief.

Whenever the conversation or eyeballs rolled my way, I, biting my cinnamon roll or, better yet, getting up to go to class, assiduously hid my virginity.

Even though I had left my aunt and uncle's house, their home training echoed in my head: “We want you to be a virgin until you graduate from college. If you're not a virgin, you won't graduate. Once you have sex, you can't think about anything else.”

One night, when it was too late to leave the Y, I ran out of sanitary napkins. I asked at the desk. No one had any. Another resident offered me a tampon.

She looked at me like I was crazy. “Seriously, you can't use tampons?”

“Won't they break my hymen?” I said. She laughed uproariously.

“Have you ridden a bicycle, honey? Your hymen's in the wind. Anyway, in anthro we learned that
virgin
originally meant an independent woman who didn't answer to anybody. Man or child. Nothing to do with sex, baby. Ever hear of the Virgin Mary?”

I wanted to choke her.
Honey. Baby.
Give me a Kotex, not a lecture. I was desperate to become part of the 3 percent at City who transferred to a four-year institution. I had to keep my nose to the grindstone and make it out of there.

And anyway, I knew I had a hymen because I could still feel it, honey.