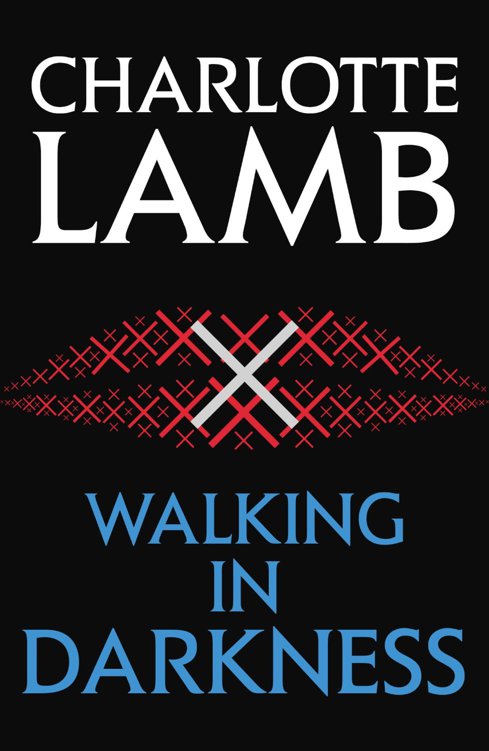 In The Still of the Night

Treasons of the Heart

Charlotte Lamb was Mills & Boon’s top-selling author. Her novels have been translated in many languages and are bestsellers around the world. She died in October 2000.

First published in Great Britain in 1996 by the Penguin Group

The right of Charlotte Lamb to be identified as the Author of the Work has been asserted by her in accordance with the Copyright, Designs and Patents Act 1988.

–
News of the World

‘The secret of her success is that both reader and writer get their fix, identifying totally with the heroine’

‘The woman who put sex into romance’

Nobody was watching the little girl as she stood on tiptoe to open the door. If they had seen her, they would have stopped her. Sophie had been waiting for hours for her chance to get out of the house, but her mother had kept her busy, offering cake to the aunts, taking home-made lemonade to her cousins, passing clean plates and carrying used plates out to the kitchen. It was getting very late when she was finally able to slip out of the back door and then she stopped dead, looking up at the sky as she realized the sun was sinking. Pink and gold streaks ran from horizon to horizon, promising a sunny day tomorrow, but they were disappearing fast and it would soon be dark. Sophie was just seven, and afraid of the dark.

She looked towards the onion dome of the village church, black against the glowing sky. Lights were coming on along the village street but the churchyard was empty and silent, and once the sun had gone down it would be as black as midnight there because there was no moon tonight.

She could go tomorrow, of course. She hesitated, wanting to run back indoors, but she had promised she would come today, and a promise was a promise.

Fingering her new crucifix on its silver chain around her neck, she poked the gritty path with one toe, staring at the white faces of the daisies by the fence, hearing the wind in the trees which crowded around the tiny village. The deepest sighs seemed to come from the great firs on the hill behind the graveyard, their tall heads bending to each other the way the old women in the village did, those old widows in black who sat at their doorsteps every day, whispering and shaking their heads at the children running by to school, who made faces back. Sophie didn’t know why there were so many widows in Kysella, but they made her uneasy, just as the trees made her uneasy. At night you could almost believe the trees were closing in; you could imagine them shuffling down the hill, bowed and dark and terrifying. The village would wake up and find itself swallowed up by the forest. They might never get out . . .

Sophie shuddered at the thought. If only she had not made that promise to Anya she would have turned back. Instead, gulping hard, she began to run, holding on to the present she was taking, out through the back gate, along the unmade track towards the church. The rough flint and stone wall which ringed the graveyard was just higher than her head; she gave it a nervous glance as she got closer.

That was where the witches sat at night, all the children knew that. They whispered about it in the school playground, telling younger children that you must never go near the church once the sun had gone down or the witches would get you. Witches hated the light and loved the dark. But they wouldn’t be there now, not yet, not while the sky held the last flickers of light. She just had time to get away, if she hurried.

Her white cotton skirts rustled deliciously around her bare legs. It was the first dress she had ever had made just for her and she loved it; usually she wore second-hand clothes passed on by her Aunt Anna, who lived in Prague, dresses which had belonged to her cousin Marya once and often had to be cut down for her. But for her first communion Mamma had saved up to buy material, had made the dress herself at night, on the old sewing machine. All day Sophie had been aware of wearing it, had twirled and swung, just to feel the skirts brushing around her.

Her new white shoes rubbed the back of her heel as she ran, but she couldn’t slow down. She got to the wrought-iron gate and pushed it open, starting violently as it creaked. Her heart thumped inside her.

The shadows were already thickening around the old yew trees which were her landmarks whenever she came to visit Anya. They were very old, had been standing there for hundreds of years, Mamma said; their trunks rough and scaly, like lizards, their long, thin green needles pricking your finger if you tried to pick them.

She had been coming to visit them ever since she could remember. Mamma had always stopped on their way to church every Sunday to put fresh flowers in the old tin jar on the grave. She didn’t visit it so often since she married Franz Michna, the schoolteacher. Sophie suspected Franz was jealous of Mamma’s first husband. The photographs of Papa which had always stood around the house had all been put away, and Franz made Mamma hurry home after Mass, to cook the Sunday meal, he said; there was no time to dawdle.

But Sophie still went, in spite of Franz’s frown when she got back home for lunch. ‘Where have you been?’ he would ask curtly, although he knew, she could tell from his face that he knew, and she would turn wide, innocent eyes on him. ‘Playing,’ she would say, and Mamma would come in from the kitchen and tell him quickly, ‘It is Sunday, Franz. No school today.’ And she would smile, soothing him, placating him. ‘Are you going to read the newspaper to me while I work?’ Then he would soften and forget Sophie and go into the kitchen to smoke his pipe and read from the Sunday newspaper while Mamma worked.

Sophie was lonely since Mamma married the schoolteacher. The other girls weren’t very friendly to her any more. They said she would tell on them to her new father, they called her ‘Teacher’s Pet’ and wouldn’t let her join their games in the playground or in the village street after school. They ignored her, or ran off, giggling. She was always alone, but everyone had to have a friend, so she had begun pretending Anya wasn’t dead; she talked to Anya in her head or even aloud if there was nobody else around.

‘Sorry I’m late. Mamma didn’t let me out of her sight all day, she was scared I’d get my new dress dirty. Do you like it? The family came, all of them, and those awful boys pulled my hair, they tried to get my wreath, but I managed to save it from them. Mamma picked the roses from the bush by the back door, the bush she said Papa planted the year they got married. Do you remember, Papa? It has grown so big, you’d be amazed if you saw it.’ She laid down on the grave the wreath of little white rosebuds which she had worn on her hair for her first communion. The flowers were yellowing already, their petals withering, but their scent was sweet. She wondered if Anya could smell it in heaven.

Sophie had never known her; Anya had died before Sophie was born, of the most ordinary of childish ailments, measles. She had suddenly run a very high fever which turned to pneumonia within hours. There had been no doctor in the village then – the nearest doctor was several miles away in the next village. They had sent for him, but Anya had died before he got there. She had been two years old. There were photographs of her in the house; they had always fascinated Sophie. Anya had obviously taken after their mother. She had had Johanna’s dark hair and brown eyes and Sophie had envied her for that.

Sophie was more like their father, with fine blonde hair and blue eyes. She had always been a small, thin baby, and now that she was shooting up, her legs long and knobbly-kneed, she was even skinnier. What would Anya have looked like now if she had not died?

‘I suppose you have lots of little girls to play with in heaven, Anya, you can’t be lonely, and it must be nice for you to have Papa with you,’ she said, pulling a white rosebud from the wreath. Sophie kissed it, leant it up against Papa’s carved name. ‘This is for you, Papa.’ She had been born after he was killed, the year the Russians invaded. Papa and some friends had been driving through Prague when they ran into a Russian checkpoint they hadn’t known about. The soldiers had called to the driver to stop but he had panicked and driven on. He had been shot at the wheel, the car had rushed on down one of Prague’s steep hills, and had ploughed into a stone wall at the bottom. It had exploded. Papa had been taken to hospital with dreadful burns, but he had died next day. Mamma had seen him and the shock had been so great that she had fainted and been put to bed so that she had not been there when he died. Sophie knew what he had looked like when he was married from the wedding photo Mamma had always kept on the mantelpiece.

The aunts were always saying that Sophie took after him, they had said it several times today, making Franz frown and shut his mouth up tight, like he did in school when he was cross with one of the children, so she had known that he was cross to hear Papa talked about.

‘I had to get up very early but I couldn’t have any breakfast, of course, before communion, and I was so hungry, I felt sick, but Mamma said it was excitement. I put on my new dress and then we all had to go to school, and line up, to walk to church. We wore veils, too, like brides, down over our faces before we knelt at the altar rail to take communion.’ She closed her eyes and remembered the long crocodile of children, the girls in white dresses, the boys in suits, walking along the street, watched by the whole village. They had sung the Latin hymn they had just learnt, and in front of them under a golden canopy some of the bigger boys carried a statue of the Blessed Virgin. ‘Sister Maria said it was the most important day of our lives, our first communion. We should always remember it.’ She opened her eyes and looked down, noticing that there was a dandelion growing at one edge of the grave. She grabbed it and pulled, but it didn’t want to come out; the flowers and leaves tore off in her hand but the roots stayed firmly planted inside the dusty earth.