Read War of the Whales Online

War of the Whales 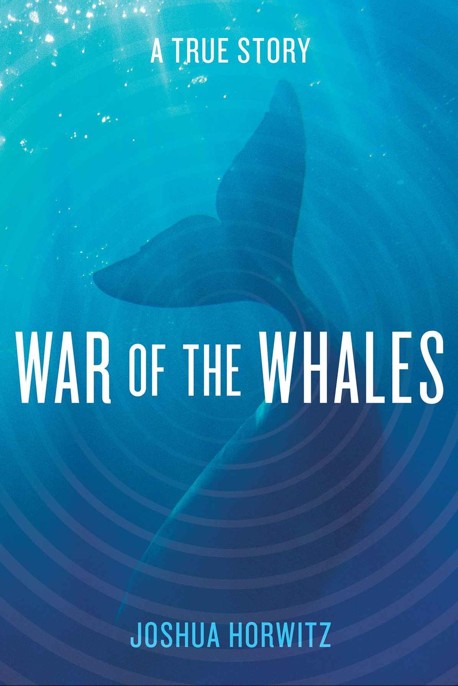 Thank you for downloading this Simon & Schuster eBook. 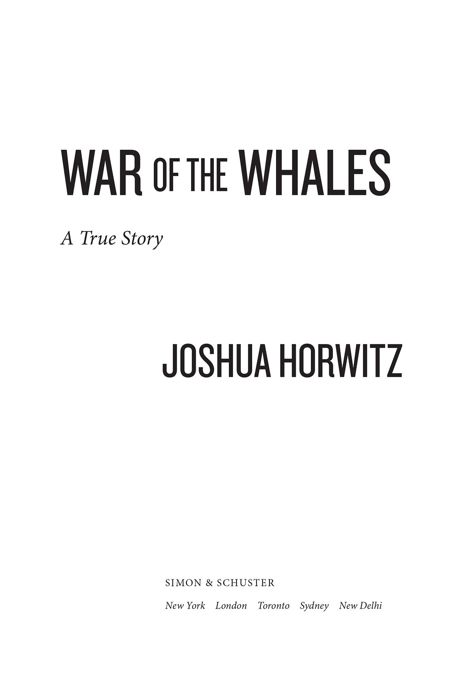 CONTENTS
Cast of Characters
A Note About Acronyms
Prologue
PART ONE: STRANDED
1. The Day the Whales Came Ashore
2. Castaways
3. Taking Heads
4. The Loneliness of the Long-Distance Beachcomber
5. In the Silent Service
6. The Stranding Goes Viral
7. “Unusual Mortality Event”
PART TWO: ACOUSTIC STORM
8. The Lone Rangers of the Environment
9. Joel Reynolds Among the Friendlies
10. The Whale Coroner Arrives
11. Depth Charges
12. Beachside Necropsy
13. Cease and Desist
14. Acoustic Storm
15. The Sonar That Came In from the Cold
16. Heads That Tell Tales
PART THREE: THE RELUCTANT WHISTLE-BLOWER
17. A Mind in the Water
18. The Killer Turned Tame
19. A Call to Conscience
20. The Dolphins That Joined the Navy
21. Mr. Balcomb Goes to Washington
22. The Mermaid That Got Away
23. In the Valley of the Whales
PART FOUR: WHALES V. NAVY
24. God and Country v. the Whales
25. “It Is So Ordered”
26. Counterattack
27. The Admirals Take Charge
28. The Highest Court in the Land
29. Endgame
Epilogue
Acknowledgments
About the Author
Illustration Credits
Author’s Notes on Sources and Interviews
Recommended Reading and Resources
Endnotes
Index
For Kenny and Stephen, foxhole buddies forever
and
To Ericka, who dazzled from day one

Richard Danzig
Secretary of the Navy during Clinton administration.

Steven Honigman
General Counsel of the Navy during Clinton administration.

THE WHALES
Beaked Whales
of Great Bahama Canyon
More than 20 species of beaked whales dwell in deep-water canyons and coastal shelves around the world. They are the deepest-diving air-breathing creatures in the ocean and are rarely seen on the surface.

Pacific Gray Whales
of Baja, Mexico
These “friendly” baleen whales (whales that filter feed through brushlike baleen, in lieu of teeth) migrate farther than any other mammal: 6,000 miles from Baja, where they give birth in winter, to their summer feeding grounds in the Bering Sea, above the Arctic Circle.

Orcas
(also known as
Killer Whales
) of Puget Sound, Washington
The largest of the dolphin family, killer whales are the top predator in the ocean, preying on salmon, sea lions, other whales, and even great white sharks. The Puget Sound resident community feeds on Chinook salmon.

Dolphins
of California and Florida
Highly social, easily trained, and among the smallest cetaceans, various species of dolphins were the first marine mammals to be captured, displayed, studied, and trained—both in marine parks and in the Navy Marine Mammal Program.

* The job titles and descriptors in the Cast of Characters refer to their positions at the time they were participants in the narrative.

A NOTE ABOUT ACRONYMS
US Navy and government agencies are fond of using acronyms to denote programs, weapons systems, and departments. To spare readers the struggle of decoding this alphabet soup, I have tried to avoid acronyms in general, and in certain cases have substituted contractions, specifically:
National Marine Fisheries Service (NMFS)
is referred to as “Fisheries.”
Acoustic Thermometry of Ocean Climate (ATOC)
is shortened to “Acoustic Thermometry.”
Littoral Warfare Advanced Development (LWAD)
is shortened to “Littoral Warfare.”
In a few instances, where the long form is cumbersome, I have employed the commonly used acronym after the first use:
ONR
for Office of Naval Research
AUTEC
for Atlantic Undersea Test and Evaluation Center
NRDC
for Natural Resources Defense Council
LFA
sonar for Low Frequency Active sonar

PROLOGUE
Perhaps the war of the whales was inevitable. Perhaps the two most successful hunters on the planet were destined to collide. Humans had dominated life on land for 150 centuries, while whales had held dominion over the world’s oceans for 40 million years.
Following the mass extinction of dinosaurs and enormous seafaring reptiles, the cetacean ancestors of whales and dolphins abandoned life on land and returned to the oceans that first spawned them. It proved to be a hugely successful reverse migration. Diversifying into dozens of species, whales dominated marine habitats throughout the world’s waterways. Hunting alone or in small family groupings, in pods of a dozen or herds a thousand strong, whales owed their success to a weapon that set them apart from every other marine predator: biosonar, using beams of sound to hunt and navigate in the dark ocean depths.
Small wonder, then, that whales ruled the oceans for tens of millions of years—until another highly social, intelligent, and adaptive terrestrial mammal dipped its toes into the water.
Homo sapiens
arrived at the 11th hour of animal evolution, a mere 160,000 years ago. Compared to cetaceans, humans evolved rapidly, adapting to the rigors of life on Earth through a deft combination of social cooperation, cunning, and organized aggression. Five thousand years ago, humans began stalking the largest animals on the planet—first from canoes, then under sail, and eventually aboard floating factory ships that slaughtered and processed whale populations from the South Pacific to the Arctic Ocean.