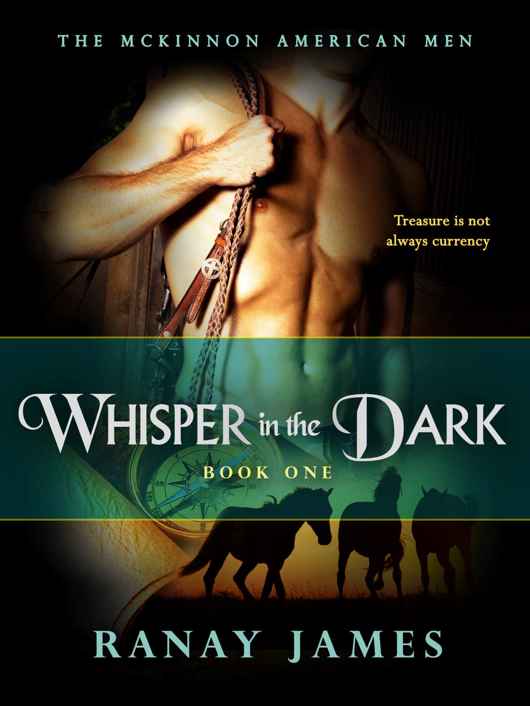 Copyright and Disclaimer
All rights reserved. No part of this publication may be reproduced or transmitted in any form or by any means, electronic, or mechanical, including photocopying, recording or by any information storage and retrieval system.
This is a work of fiction. Names, characters, places and incidents either are the product of the author’s imagination or are used fictitiously, and any resemblance to actual persons, living or dead, business establishments, events, or locales is entirely coincidental.
Contact The Author
[email protected]
Visit me on Facebook:

I will be making announcements and notification of new release there

OR
Get on the mailing list for announcements and new release notification
http://forms.aweber.com/form/01/223405401.htm
Cover art by:
http://bookcoverartist.com

I would be remiss in failing to mention those in my life who had faith in my dream.

Anne, Donna, and Tom - Thank you for your suggestions and feedback

To my Husband - Thank you for supporting my vision and being my partner through life.

“Screw you! Katherine doesn’t know a damn thing, you overgrown sack of shit!” Kyle spit blood right into his attacker’s face, earning him another blow to his head. This one was powerful enough to send him to the gravel of the dried creek bed.

Kyle Brandenburg was royally screwed and knew it, yet all he could think of was protecting his sister. If they knew she was a vital link in this hunt she would not be safe as long as she drew breath.

The hired thug with tattooed arms like tree trunks pulled him up by his blue jean jacket and tossed him back against the grill of his pickup truck. He felt a rib snap and then another as the meaty fist slammed into his solar plexus.

“You will tell me what I want to know, or I will find that baby sister of yours and cut her up right in front of you. Understand me, Brandenburg?”

Tattoo Man was right in Kyle’s face, and he could smell his rancid breath: a savory combination of cigarette and stale rot-gut liquor.

“Damn you, you son-of-a-bitch! You’re dead. Dead!” the man screamed.

Kyle found himself on his knees and heard rather than saw the hammer go back on the gun, which materialized undoubtedly from under the black leather jacket covered with Hell’s Angels patches.

“Put the gun down, Razor. I need him alive for the moment.”

Kyle heard the calm command of the man he now understood to be the real threat to Katherine and him. This walking-live-oak in the process of kicking his ass was only the hired muscle. That was not hard to believe. If he had had a single moment between blows he would have managed that brilliant deduction long before the double-crossing bastard came into his line of vision.

“You stinking bastard! I trusted you! I can't believe that I trusted you!” Kyle tried to force his way out of the grip cutting off the circulation to his arms. He wanted to kill him. “You are my friend, Tony, and now what are you going to do? Kill me for a treasure which doesn’t even exist?”

“The fact you have now seen my face does place me in a bit of a quandary, now doesn’t it? In his enthusiasm, Razor has gotten overzealous and that is entirely my fault. I miscalculated his ability to follow instructions. More meat than brains, I’m afraid.” Tony Booth sighed heavily and not just a little dramatically. “You were not to be touched.” Those were his orders.

“God help me if I hadn’t been off limits.” Kyle coughed more from the chest cold he was nursing than the lack of air from the beating. He spit the remaining blood from his lips.

“You and I are friends, Kyle, and whether or not you choose to believe me, that friendship does mean something. Razor will be dealt with on my terms, rest assured. This is just an unfortunate turn of events. Sheriff Maxwell would never let this slide and well he shouldn’t. It just would never do to have the lawless running around Johnson County. However, I think knowing your weakness for Katie might be incentive enough to let you live.”

“Don’t you dare go near her!” Kyle fought against the restraints to no avail.

“Kyle, you are in no position to make demands, my friend. So understand me. If you ever breathe a single word of what we are doing here today, I will let Razor follow through with his threat to rape your baby sister. I'll make you watch. And that, I can assure you, would not be a pretty sight, Kyle. I’m sure Katie is a beautiful girl if she looks anything like her mother. I would hate to see that beauty so marred.” He paused to let that little bit of information sink into Kyle’s brain. “Now, shall we begin again?” Kyle felt Tony's cold fingers grab him firmly under his jaw and squeeze. “Where is it?”

Kyle began to laugh. It was a laugh of irony and utter futility.

“Don’t you think if I knew where the money was, I would be sitting on some tropical beach somewhere and not busting my hump on this dried up piece of dirt? I’m broke, Tony. You know it as well as anyone. The same goes for Kate. She works as a waitress, for God’s sake. She has no idea so leave her alone!”

“You are lying, Kyle. In all the years we have been friends, you never have mastered the art of being a good poker player, too honest of a face. So maybe you are not lying about Katherine, but you know something and you will give me what I want. Now, tell me where it is!” Tony was running out of patience and time in equal measure.

“For the last time, I don’t know.” Kyle was telling the truth. He did not know where the stash of money and gold was located that these men were looking for and were willing to kill him to possess.

No one did. Not for certain. There was theory and speculation, legend and myth. For over a century and some change, there had never been hard proof. But that had to eventually change. No secret can stay buried forever.

He was getting close, but a lot of fortune hunters over the last one hundred and forty years had been close. None of them had anything more to show for the hard labor and hours of searching than he did. However, he had a trump card and could not wait to use it.

Kyle’s assailant snapped his fingers. Pointing at the brown leather case resting innocently on the hood of his truck, Tony gave his order to the thin, gaunt man he called The Doctor. The elderly doctor opened the case while the other two men forced Kyle face down in the gravel.

Thoughts of Katherine raced through his mind as he felt the needle go in, and the warmth engulf him. Images became fuzzy as the drugs coursed through his veins.

“You bastard,” Kyle managed a slur.

“Now,” Tony breathed into Kyle’s ear, “where can we find the Rebel’s Gold?”

“Shit, shit, double shit,” Kate cursed as she tried unsuccessfully to shake off the pain in her ankle after taking a nasty tumble from her horse.

“Watch your mouth, Katie. You are a girl and not one of dad’s hired hands.” Twenty-four-year-old Kyle admonished his younger sibling.

“My name is Katherine. Katie is a baby’s name,” thirteen-year-old Katherine informed him in no uncertain terms as she stuck her tongue out, stooping to pick up her hat. Slapping it against her slender leg was as much for effect as for dusting off the soft dirt of the corral.

“And as to being one of dad’s hired hands, well, he needs to put me on his payroll. I pull my fair share around here. Especially since
mom
decided she needed to move to New York City. Who the hell voluntarily moves to a place like that anyway?”

“Your mother, that’s who,” Kyle replied moving away from the uncomfortable subject of the abandonment of Katherine’s mother nine years earlier.

“Now, come on in the house and let Old George take a look at that ankle.” Kyle held the corral gate open as she hobbled through.

Katherine sighed as she thought back on that day fifteen years earlier. It seemed like a different lifetime. In a way it was. She had lived in a very different world for a very long time now. That same world her mother had chosen, New York City.