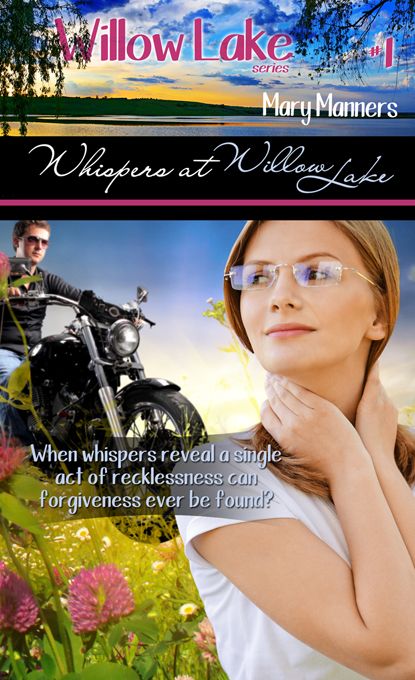 Other Titles by Mary Manners

Leader to many, inspiration to all.

...Mary Manners is one of those authors...I know that I will always love and enjoy any of her books...~ Paula Phillips on
Wounded Faith

Between the beautiful view she paints with her opening words, and the emotional turmoil in the hero’s heart, Ms. Manners drew me into this story from the start. ~ Donna Basinow on
Lesson in Lone Creek

A heartwarming tale you won’t want to miss. ~ Happily Ever After Reviews on
Mended Heart

Other Titles by Mary Manners

Whether you turn to the right or to the left, your ears will hear a voice behind you, saying, ‘This is the way. Walk in it.’

Sirens shrieked over the roar of Ryder’s Honda ST1300 as he leaned hard to the right, taking a switchback curve with a tilt that kicked his pulse into overdrive. Ice-blue warning lights slashed from behind, slicing across pavement as dusk settled along the foothills of the Smokies. Exhaust fumes battled with the crisp scent of pine and sweet, impending rain.

“Pull that piece of junk over,” a voice commanded through the PA of the cruiser in pursuit. “You have ten seconds. Don’t make me shoot you.”

Shoot me?
Ryder bristled as he recognized the owner of said voice—John Larder. So the idiot had finally been graced with the keys to a police cruiser. Miracles did happen. But Larder certainly wouldn’t keep those keys long if he spoke this way to everyone he pulled over, even if his family
did
own half of Willow Lake.

The high-pitched wail grated. “I mean it. Pull over—now.”

Ryder could easily outrun the cruiser. The lights of Willow Lake beckoned in the distance, casting a hazy glow along the cloud-ravaged sky. Home waited…and he knew he’d find Ali nestled somewhere along the lake. She, like him, had always been drawn to the water.

At least until the accident that had claimed her brother’s life. Now, Ryder wasn’t so sure. It had been years since he’d seen her, months since they’d exchanged so much as a quick text message. He’d tried his best to maintain distance…for her sake, more than his.

Sweet Ali. The thought of her nudged Ryder’s pulse to short, explosive bursts. Time melted away, and he was back at her side, soaking up summer sun along the lake shore as if it would never fade away.

But it had faded…painfully. They’d once been friends…much more than friends. Yet, in the end he’d hurt her badly. Now Ryder aimed to make things right, no matter the cost.

Blue lights continued to flash. The shriek of the siren shredded what was left of his patience. Ryder swallowed an oath as he eased the cycle down one gear, then another, until it came to rest along a jutted outcropping of the slick, silver-gray mountain face. Against his better judgment, he killed the engine; this section of road offered a dangerous curve not meant for loitering. But with the blues flashing and the siren tearing up the impending darkness, Ryder supposed they’d be hard to miss. He also assumed Larder had planned it this way in hopes the whole town cruised by for a look-see. The thug had been a cocky know-it-all in high school, confident in the fact that his father—then acting police chief—turned the cogs that made the small town hum. Appeared not much had changed in that department, except a few years ago, Larder senior had suffered a massive heart attack, leaving the reins to his reportedly inept son.

Ryder removed his helmet and set it on the cycle’s seat. He braced himself as the cruiser door clicked open. A quick glance in the rear view mirror coupled by the staccato tap of boot heals along the pavement told him Larder approached with a cocky swagger.

“Well, well, well…if it isn’t Ryder Hawkins. Where’s the fire?” Larder’s hand held steady at his hip, cradling the holstered gun, and as Ryder turned to face him the badge pinned to Larder’s chest flashed in the cruiser’s blues.

“That’s the best you can do?” Ryder slouched against the cycle and raised his voice to be heard over the siren. “Wanna play tough guy? Go right ahead. Just kill that siren, first. It’s offensive to my ears.”

“Thought you’d be used to the sound by now, with your history.” Larder made no move to silence the screech as he unlatched the holster, his fingers clenching. His bony Adam’s apple bobbed as he struggled for a menacing tone. He’d always been on the scrappy side and used his family ties as muscle instead of his anemic biceps. “Don’t tempt me, hotshot.”

A decade ago, the words might have incited a wildfire of temper. But the years—and a plethora of humbling experiences—had taught Ryder restraint. He drew a deep breath and lifted his hands in surrender, easing into the conversation from a different angle. He lowered his voice, softened the tone a bit. “Look, I don’t want any trouble, John. I just want to get to town.” He thought of Mama Stallings, the kind-hearted grandmother of a woman who’d saved his life so many years ago. “I have someone waiting on me. It’s urgent.”

He’d received a call from her two days ago, a simple message on his voicemail.
“Come home Ryder; it’s time.”
So, he’d tied up loose ends on the naval base in Virginia, packed a bag, and come.

“Business, first.” Larder removed wire-rimmed Ray-Bans, revealing sludge-brown eyes. His nose, once broken by Ryder, sloped like an alpine ski course. His cheeks were slightly sunken, his skin a bit sallow beneath the veil of blue light. “Hand over your license and registration.”

“You’re kidding me, right?” Despite his attempt to hold his temper in check, Ryder’s resolve to remain sensible crumbled. He took a step forward, flexing his fingers. “What’s the charge?”

“You zipped that straightaway at the mile-marker going fifty-five.” Larder jabbed a finger down the road to the east. “That’s ten over the limit.”

“You’ve lost your mind. We raced this stretch of road back in high school, Larder—”

“That’s Sergeant Larder, to you.”

“
Sergeant
Larder, if I remember correctly, I kicked your—”

“We’re not in high school anymore, Hawkins.” He flipped open a citation pad and reached into his shirt pocket to retrieve a pen, clicking it with a flourish. “And, if
I
remember correctly, you’re not a deputy, and definitely
not
the one in line to be the next police chief.”

“You’re only in line because your old man bought off half the town.”

“That kind of talk won’t earn you any favors. At least
my
old man didn’t waste his days saddled in some two-bit bar trying to drown the memory of my cheating mother.” Larder extended the hand with the pen. “Now, hand over your license and registration.”

“I see.” Even with the passage of time, with all he’d accomplished, Ryder would not be allowed to forget how his father had spent a good chunk of days tipping back mountain lightning after his mother hightailed it. Her departure was one of Ryder’s earliest memories—the scent of her perfume as she rushed by him carrying an overstuffed suitcase, tears and shrieks of blame aimed at his father, the door slamming behind her. The look in her eyes—dark and wild—had haunted Ryder’s dreams for years afterwards. His father marked her exit with his first week-long bender, leaving Ryder to fend for himself.

“You’re lucky I’m in an amicable mood.” Ryder delved into his back jeans pocket to retrieve his wallet and hand over what was requested. He needed to move on before the storm hit and the road turned treacherous for his bike. “Here you go,
Sergeant
Larder.”

“This is expired.” Larder examined the front and then flipped the card over to give the back a cursory glance. “Nearly a month.” His gaze swept to the plate mounted to the back of the cycle. “Tags are expired, too. You’re in violation.”

“It couldn’t be helped. I’ve been out of the country.” Ryder scratched his stubbled jaw as he studied the backdrop of the Smokies in the distance. The reflection of Willow Lake snaked lazily along the foothills while the sun, battling storm clouds, gave a final goodnight kiss to the horizon. He wondered if the inn was still in operation. And, if it was, would he find Ali tucked safely inside? “I haven’t gotten around to renewing, but it’s at the top of my to-do list now that I’m back.”

“Running from the law?”

“Hardly.” Ryder’s stance remained nonchalant, though his gut clenched with the realization that Larder had lost none of his arrogance, and even seemed to have acquired more—in spades. The guy remained as annoying as the screech of fingernails across a chalkboard. “Been taking care of business.”

“What kind of business?”

Ryder winked and reached for his license. “Top secret.”

“Is that so?” Larder jerked the license away from his grasp. The smirk that settled over his lips threatened to split his face wide open. “In that case, I’m going to have to take you in to the station. Hike toward the cruiser, Hawkins. We’re going for a ride.”

Ryder’s temper boiled to a flashpoint. “OK, the party’s over. I don’t have time for this nonsense.” He took two large steps toward Larder, easily boxing him in against an outcropping of rocks. “I have a good reason for the expired license and tags.”

“Too late, Hawkins. You had your chance to explain and now I’m not interested in your flimsy excuses.”

“Be reasonable, Larder.” He approached another step, careful to keep his hands at his sides and his voice steady. “I told you I have somewhere to be. You know Mama Stallings—”

“Mama?” Laughter erupted. “That old hag? She always did have a soft spot for you, though her reasons are beyond my comprehension.”