Read White and Other Tales of Ruin Online

White and Other Tales of Ruin 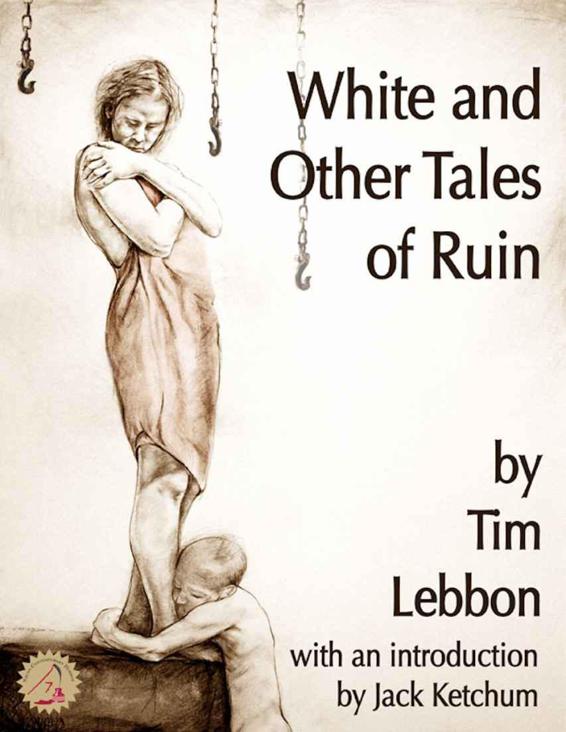 White and Other Tales of Ruin

A digital edition published by

This ebook is licensed for your personal enjoyment only. This ebook may not be re-sold or given away to other people. If you would like to share this book with another person, please purchase an additional copy for each person. If you’re reading this book and did not purchase it, or it was not purchased for your use only, then please purchase your own copy. Thank you for respecting the hard work of this author.

For Jason, Jeremy & Ben, who are not bleak.

The Origin of Truth

Mannequin Man and the Plastic Bitch

Me, I insist on it. I do a first-paragraph test. You don’t pass it, you’re a goner. I open the book or the story and read the first paragraph and if it works for me, if it engages me, I go on — if it doesn’t, no purchase, or if I already own the thing it gets shelved forever. To do a reversal on Hippocrates, Art may be long, but Life is short. And of books, there are aplenty.

An author doesn’t necessarily have to send me racing breathless out of the gate. Not necessary. A leisurely pace is fine too. Though if a writer and I are going for a little stroll together, it had better be a pretty nice day.

So how about this for an opening paragraph? It’s from Tim Lebbon’s “The Origin of Truth.”

They were stuck in a traffic jam. There was nowhere they could go. They couldn’t help but see the melting man.

Melting
man? Okay, Tim, you got me.

Or this, from “White” — which won the British Fantasy Award, by the way.

We found the first body two days before Christmas.

Yeah, I know, I know — that’s an opening line. But sometimes the opening line is the opening paragraph, right? And if it’s a good one it’ll do just fine to set the writer and me along on our mutual paths together. Of course, if the writer pulls that particular gambit, he’s got to have a decent follow-up. Like ...

Charley had been out gathering sticks to dry for tinder. She had worked her way through the wild garden and down toward the cliffs, scooping snow from beneath and around bushes and bagging whatever dead twigs she found there. There were no signs, she said. No disturbances in the virgin surface
of the snow; no tracks; no warning. Nothing to prepare her for the scene of bloody devastation she stumbled across.

I don’t know about you but that sets my foot a-tappin’ too.

And a final one, on a quieter note. To seduce you into thinking you’re taking one of those little strolls I mentioned.

Della is the only person I listen to. I hear the views of others, weigh the significance of their opinions; but Della is wise, Della is good. Sometimes, I think she’s one step removed from everyone else.

I’m in again.
Della is wise, Della is good.
I want to know who Della is. And dammit, I’m gonna find out.

So why’s a good opening so important?

Because paying attention to the initial steps, figuring the texture, getting the rhythms right, deciding if you want something simple or complex, how much you want to reveal or merely hint at, is the mark of a real writer — the first sign you as reader get that maybe, just maybe,
this
time you’re in luck, you’ve got the honest-to-god real thing and you’re not in the hands of some hack.

Lebbon clues you in right away.

Fear not, reader, I have something to offer you.

Part of what he’s offering is fear. But that’s beside the point.

A few years back a bunch of us old fart horror writers were maundering over our beers and scotches at some bar at some Con or other, wringing our hands and asking ourselves,
where the hell were all the kids?
Where were the new crop of horror writers? The new blood, the ones who’d take up the mantle? Where were the goddamn kids? We were kids once. We could remember that, some of us.

But we were in our forties, fifties now. And from what we could see, with a few exceptions we could name thank god, most of the younger writers in their twenties and even thirties just weren’t doing their homework. The stuff we were seeing was sloppy, underbaked. Either derivative as hell or — worse — wholly ignorant of our own particular canon or maybe of
any
canon at all, of what had come before. They were either reading a handful of people and aping them shamelessly or else they seemed to be barely reading period, and thought that a vampire who
doesn’t
burn up under direct sunlight was the bees knees in originality. They seemed to lack the real ambition of any true novelist or storyteller — to be doing something fresh and honest, human and exciting. A lot of what we were seeing was just plain
phony,

Not to mention heartless. Not to mention without meaning. Real characters, real folks you could care about in real difficulty were getting hard to come by.

As I say, we did a lot of hand-wringing and gnashing of teeth that evening. And yes, there were a few people we could point to who were doing really interesting stuff on a consistent basis but damn, they were few, and most of them were already in their thirties. Proto-Old Farts like us.

Tim was all of about twenty-six, twenty-seven at the time.

I didn’t even know he existed. Wish I had.

It would have gone a long way toward setting our minds at ease.

Because he was out there — while we were sitting there drinking — doing what you’re supposed to do. Plugging along, doing his goddamn homework, experimenting, feeling, putting that feeling down on paper. Even getting published now and then.

Working at getting it right.

I didn’t exactly dive right in to Tim’s stuff. I tiptoed first.
Then
I dove.

Tim and I first met at World Horror in Seattle. He was good company. Smart, funny and — well, you know those Brits, they can be so charming you forget all about King George and that they once owned half the world. I wasn’t familiar with his writing, though. Then at some point he asked me if I’d like a copy of his short story collection,
As the Sun Goes Down
. I have more unread books in my closet than Burger Hut has burger huts but I make it a point never to turn one down. Especially if it’s written by somebody I already like.

But liking the writer doesn’t necessarily mean you’ll like the work and to be honest, often I’m disappointed. That damn unforgiving first paragraph rears its ugly head or else there’s just not enough
there
there, if you know what I mean. So as usual, I approached Tim’s stuff with hope but also with some trepidation. I’ll just read a story, I thought. Just one. Check it out.

I’m in the middle of reading
Gotham
anyway. Only about a thousand pages to go.

The next day and only a third of the way into
As the Sun Goes Down
,
Gotham
was in a holding pattern over Kennedy and I was asking people,
have you heard of this guy Lebbon?

And by the time I finished it, I was writing him a fan letter,

I told him the story I’ve just told you about us writers sitting around complaining and then said, in part,
these stories are amazing. It’s utterly accomplished stuff. I’d pay the cover price for the novella alone or “Endangered Species in
C
Minor” for that matter ... you are not just a hell of a storyteller, which you are. And it’s not just that your prose is lucid and clean and sometimes downright beautiful. What you do so well that so many others fail to do .
..
is to make me care about your characters
—
even the ones who are not so very nice. No plot-over-people bullshit here. You have the true gift of compassion, Tim, and it shines through everywhere ... you write not just from the mind but from the heart and that’s sort of rare in our subspecies of writer, y’know? Especially one of your age ... congratulations on this book, and thanks very much for handing it to me. I know I’ll be visiting your good deep well again before too long ...

Which obviously turned out to be true, since here I am.

But I meant every word of it
. Sun ...
blew me away. And what I said is true of the volume you hold in your hands as well. These stories are meant to chill you, to hurt you, and they will. But they’ll do so for the right reasons. They’ll do so because of the people. The plots here are all to one degree or another apocalyptic. In each one all hell’s broken loose, something terrible has happened and something in the world is winding down.

But that doesn’t mean the human spirit’s winding down. Far from it. That’s where the stories get their teeth from and why they hurt.

Some hurt right from the opening.

A really good writer pays attention to his openings because he knows he needs to engage you. Then once engaged, he wants a wedding. It’s not the till-death-do-us-part variety exactly. The wedding consists of your mind and his in fine and special intimacy for the duration of the story, long or short. Like any good bridegroom, in exchange for this intimacy he promises certain things. He will not insult your intelligence. He
will not betray you with cheap tricks just to force you to follow in his direction. And most importantly, he will honor your heart. 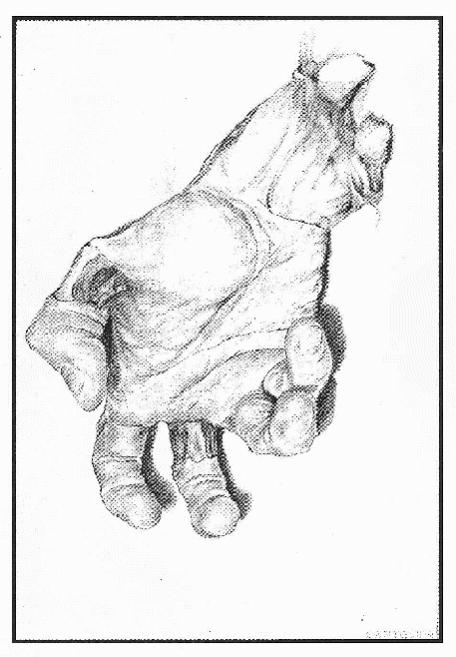 Pitfall by Cameron Bane
The Darkening Hour by Penny Hancock
Jade Lee - [Bridal Favors 03] by What the Bride Wore
Investment in Love (Contemporary Romance) by Walters, Emily
Unexpected Dismounts by Nancy Rue
She's Not There by Madison, Marla
Jesus Triumphant (Chronicles of the Nephilim Book 8) by Brian Godawa
Ashes To Ashes: Ashton Ford, Psychic Detective by Don Pendleton
The Big Rock Candy Mountain by Wallace Stegner
Drowning in You by Rebecca Berto