Read "Who Could That Be at This Hour?" (All the Wrong Questions) Online

"Who Could That Be at This Hour?" (All the Wrong Questions)

BOOK: "Who Could That Be at This Hour?" (All the Wrong Questions)
8.01Mb size Format: txt, pdf, ePub
Read Book Download Book
ads 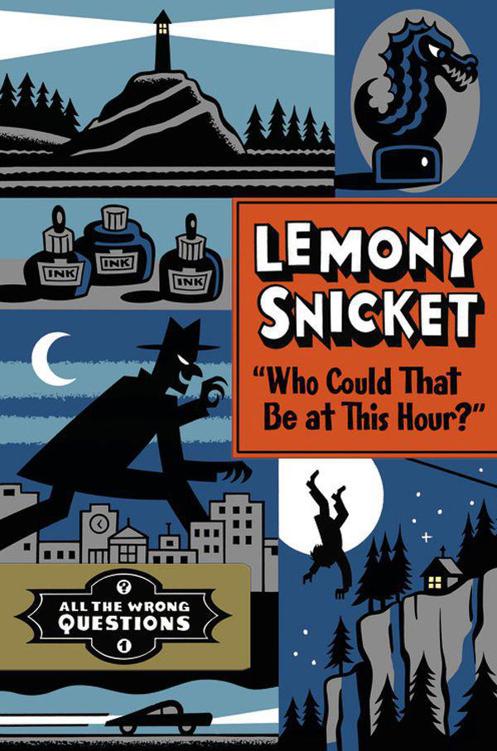 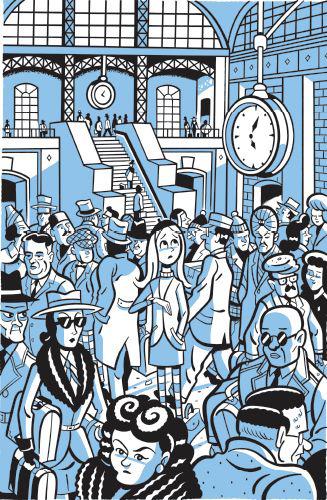 There was a town, and there was a girl, and
there was a theft. I was living in the town, and I was hired to investigate the theft, and I thought the girl had nothing to do with it. I was almost thirteen and I was wrong. I was wrong about all of it. I should have asked the question “Why would someone say something was stolen when it was never theirs to begin with?” Instead, I asked the wrong question—four wrong questions, more or less. This is the account of the first.

The Hemlock Tearoom and Stationery Shop is the sort of place where the floors always feel dirty, even when they are clean. They were not clean on the day in question. The food at the Hemlock is too awful to eat, particularly the eggs, which are probably the worst eggs in the entire city, including those on exhibit at the Museum of Bad Breakfast, where visitors can learn just how badly eggs can be prepared. The Hemlock sells paper and pens that are damaged and useless, but the tea is drinkable, and the place is located across the street from the train station, so it is an acceptable place to sit with one’s parents before boarding a train for a new life. I was wearing the suit I’d been given as a graduation present. It had hung in my closet for weeks, like an empty person. I felt glum and thirsty. When the tea arrived, for a moment the steam was all I could see. I’d said good-bye to someone very quickly and was wishing I’d taken longer. I told myself that
it didn’t matter and that certainly it was no time to frown around town. You have work to do, Snicket, I told myself. There is no time for moping.

You’ll see her soon enough in any case, I thought, incorrectly.

Then the steam cleared, and I looked at the people who were with me. It is curious to look at one’s family and try to imagine how they look to strangers. I saw a large-shouldered man in a brown, linty suit that looked like it made him uncomfortable, and a woman drumming her fingernails on the table, over and over, the sound like a tiny horse’s galloping. She happened to have a flower in her hair. They were both smiling, particularly the man.

“You have plenty of time before your train, son,” he said. “Would you like to order something to eat? Eggs?”

“We’re both so proud of our little boy,” said
the woman, who perhaps would have looked nervous to someone who was looking closely at her. Or perhaps not. She stopped drumming her fingers on the table and ran them through my hair. Soon I would need a haircut. “You must be all a-tingle with excitement.”

“Put your napkin in your lap,” she told me.

“Well, then, drink your tea,” she said, and another woman came into the Hemlock. She did not look at me or my family or anywhere at all. She brushed by my table, very tall, with a very great deal of very wild hair. Her shoes made noise on the floor. She stopped at a rack of envelopes and grabbed the first one she saw, tossing a coin to the woman behind the counter, who caught it almost without looking, and then she was back out the door. With all the tea on all the tables, it looked like one of her pockets was
steaming. I was the only one who had noticed her. She did not look back.

There are two good reasons to put your napkin in your lap. One is that food might spill in your lap, and it is better to stain the napkin than your clothing. The other is that it can serve as a perfect hiding place. Practically nobody is nosy enough to take the napkin off a lap to see what is hidden there. I sighed deeply and stared down at my lap, as if I were lost in thought, and then quickly and quietly I unfolded and read the note the woman had dropped there.

CLIMB OUT THE WINDOW IN THE BATHROOM AND MEET ME IN THE ALLEY BEHIND THIS SHOP. I WILL BE WAITING IN THE GREEN ROADSTER. YOU HAVE FIVE MINUTES.—S

“I need to excuse myself,” I said, and stood up. I put the napkin down on the table but kept the note crumpled up in my hand.

I stood up and walked to the back of the Hemlock. Probably one minute had passed already. The woman behind the counter watched me look this way and that. In restaurants they always make you ask where the bathroom is, even
when there’s nothing else you could be looking for. I told myself not to be embarrassed.

She pointed to a small hallway. I noticed the coin was still in her hand. I stepped quickly down the hallway without looking back. I would not see the Hemlock Tearoom and Stationery Shop again for years and years.

I walked into the bathroom and saw that I was not alone. I could think of only two things to do in a bathroom while waiting to be alone. I did one of them, which was to stand at the sink and splash some cold water on my face. I took the opportunity to wrap the note in a paper towel and then run the thing under the water so it was a wet mess. I threw it away. Probably nobody would look for it.

A man came out of the stall and caught my eye in the mirror. “Are you all right?” he asked
me. I must have looked nervous.

“I had the eggs,” I said, and he washed his hands sympathetically and left. I turned off the water and looked at the only window. It was small and square and had a very simple latch. A child could open it, which was good, because I was a child. The problem was that it was ten feet above me, in a high corner of the bathroom. Even standing on tiptoes, I couldn’t reach the point where I’d have to stand if I wanted to reach the point to open the latch. Any age was a difficult age for someone needing to get through that window.

I walked into the bathroom stall. Behind the toilet was a large parcel wrapped in brown paper and string, but wrapped loosely, as if nobody cared whether you opened it or not. Leaned up against the wall like that, it didn’t look interesting. It looked like something the Hemlock needed, or a piece of equipment a
plumber had left behind. It looked like none of your business. I dragged it into the middle of the stall and shut the door behind me as I tore open the paper. I didn’t lock it. A man with large shoulders could force open a door like that even if it were locked.

It was a folding ladder. I knew it was there. I’d put it there myself.

It was probably one minute to find the note, one to walk to the bathroom, one to wait for the man to leave, and two to set up the ladder, unlatch the window, and half-jump, half-slide out the window into a small puddle in the alley. That’s five minutes. I brushed muddy water off my pants. The roadster was small and green and looked like it had once been a race car, but now it had cracks and creaks all along its curved body. The roadster had been neglected. No one had taken care of it, and now it was too late. The woman was frowning behind the steering wheel
when I got in. Her hair was now wrestled into place by a small leather helmet. The windows were rolled down, and the rainy air matched the mood in the car.

BOOK: "Who Could That Be at This Hour?" (All the Wrong Questions)
8.01Mb size Format: txt, pdf, ePub
Read Book Download Book
ads