Wife Is A 4-Letter Word 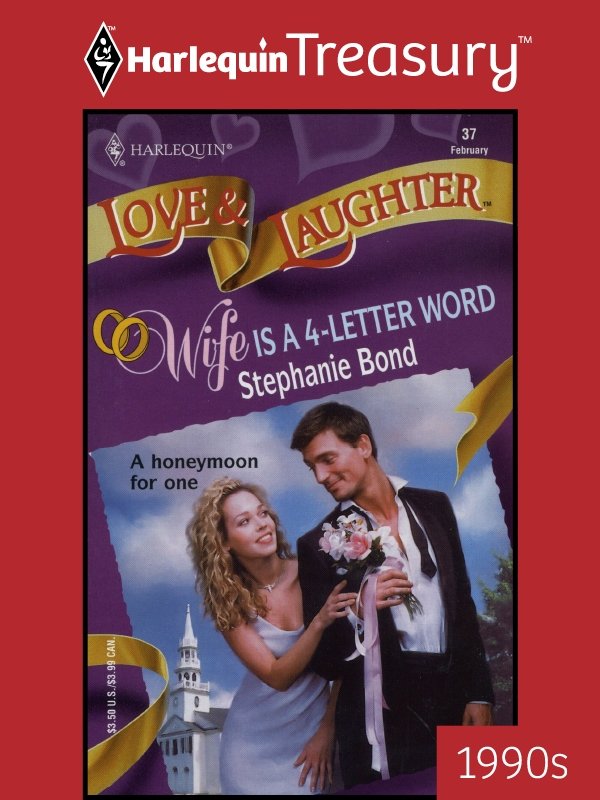 Praise for Stephanie Bond's
Irresistible?
“I'm never getting married,” Alan said, jerking his thumb toward his chest. “As of today,
wife
is a four-letter word.”
Letter to Reader
Title Page
Letter to Reader
Dedication
Chapter
1
Chapter
2
Chapter
3
Chapter
4
Chapter
5
Chapter
6
Chapter
7
Chapter
8
Chapter
9
Chapter
10
Chapter
11
Chapter
12
Epilogue
Copyright
Praise for Stephanie Bond's
Irresistible?
“Stephanie Bond delivers laugh-out-loud humour...”
â
Romantic Times
Â
“Author Stephanie Bond has a great gift for droll writing that she effortlessly employs with brilliance...”
â
Affaire de Coeur
Â
“This book is one of those laugh-out-loud reads with a great last line (no peeking!).”
âAward-winning author Cathie Linz
“I'm never getting married,” Alan said, jerking his thumb toward his chest. “As of today,
wife
is a four-letter word.”
“Alan,” Pamela said, leaning across the table, “
wife
has always been a four-letter word.”
Â
He frowned. “You know what I mean,”
Â
Pamela wondered what it would feel like to have a man so in love with you that he'd swear off marriage completely if he couldn't have you. It would be so romantic. Then she bit back a smile. Right now, with his hair mussed, his glasses askew and a narrow streak of mud on his jaw, Alan didn't exactly look the part of Romeo.
Â
“What's so funny?” he asked, his expression hurt.
Â
“Nothing,” she said awkwardly, waving for the waiter to bring them more drinks. For the next half hour, while they drained their second pitcher of margaritas, they sat there extolling the virtues of being footloose and commitment-free.
Â
At last Alan tossed a spent lime wedge onto the accumulated pile and looked at his watch, moving It back and forth as if he were trying to focus. “Time to go,” he said, standing a little unsteadily.
“I'm off on a honeymoon all by myself.”
Â
“Maybe you'll meet somebody,” Pam suggested.
Why did that thought suddenly bother her?
Â
“Yeah, right.” Alan started to walk away, then stopped as if he'd forgotten something. Then, turning back to her, wearing a sly, lopsided grin, he said,
”You could come with me....”
Dear Reader,
Â
Another Valentine's Day to celebrate with two very special LOVE & LAUGHTER titles. Popular Judy Griffith Gill has written another winning romantic comedy. Our hero is so convinced he has found the right woman for him when all she leaves behind is an ugly sandal that he begins the official Cinderella search.
Â
Stephanie Bond continues her delightful duet with
WIFE Is a 4-Letter Word.
This time the groom who was abandoned at the altar in
KIDS Is a 4-Letter Word
finds his perfect match in the woman he least expected to love!
Â
I hope Valentine's Day brings you both love and laughter. 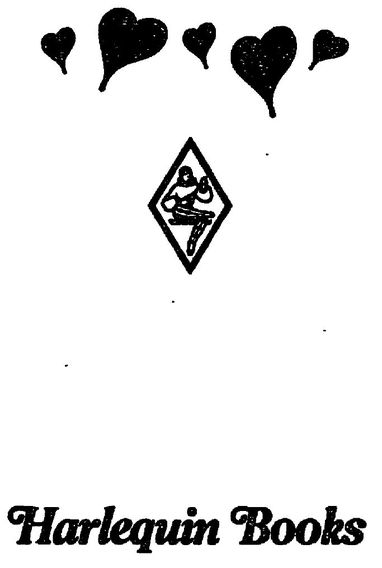