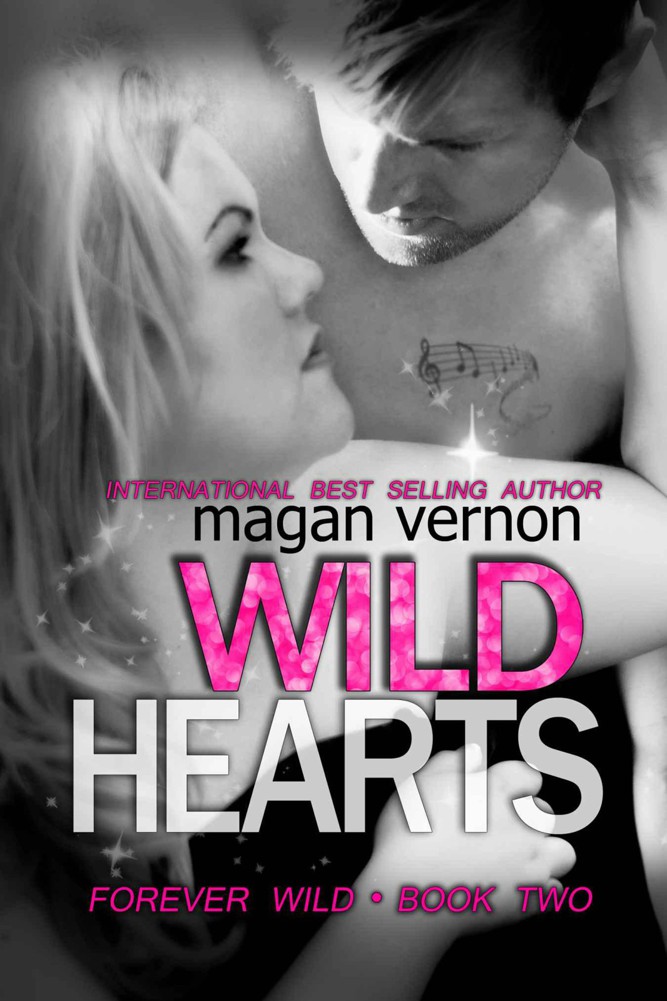 This book is a work of fiction. Names, characters, places, and incidents are either products of the author’s imagination or used fictitiously. Any resemblance to actual events, locales, or persons, living or dead, is entirely coincidental. All rights reserved. No part of this publication can be reproduced or transmitted in any form by or any means, electronic or mechanical, without permission in writing from the author.

Summary:  Going back to Chicago with her accidental husband should have been torture for Valerie. But when Wes has her bent over the first class bathroom sink, torture is the last thing on her mind. After landing back in Chicago reality sets in. So does the glaring eye of her roommate, and her former friends with benefits, Max, who seems to be a lot friendlier since Wes came in the picture. After a meeting with a divorce lawyer, Valerie and Wes find out that they have thirty days for both of them to sign the papers, ending their quickie marriage. But Valerie doesn’t know if she wants to move on or forever stay Mrs. Wild.

Other Books by Magan Vernon

How to Date an Alien (My Alien Romance Series #1)

How to Marry an Alien (My Alien Romance #3)

While Wes got to sit comfy in first class, I was rammed between two very smelly, older women in the far back of coach. At least the flight had free
Wi-Fi. Well, I shouldn’t call it free since I did have to pay over one thousand dollars of my own money to take Wes back with me.

I pulled out my phone and connected to the
Wi-Fi before logging into my Facebook. That’s where I saw a new friend request and a message. Both from Wes Cockrell. I guess if we were married, he figured he should make us Facebook official. I hovered over the ‘accept request’ button. Part of me thought it was no big deal to add it, but there was something in the back of my mind that was holding me back. What if I added him and after we divorced I didn’t see him again? He just went back to Vegas and I had to stare at pictures of him with skanky stripper girls?

I shook the thoughts out of my head. Was I really getting jealous over nothing? I must have been crazy. I ignored his friendship, for now, and clicked on my messages.

My mouth gaped open and I was glad that
the granny sleeping next to me couldn’t read my message.

I hope you’re joking.
I responded back

I saw the three little dots that let me know he was typing back.

You can stay back there in coach or you can come up here to the bathroom on the right and find out.

I stared at the words. Was he really serious? Even if he wasn’t, what did I have to lose? The guy was a really good lay. Like
, too good. If I was going to be married to him for a while, I guessed I could use it to my advantage.

I stood up and pushed past sleeping granny number two
, who barely even acknowledged my presence. I quickly smoothed out my wrap dress and made my way to the front. I felt like I was about to do something incredibly illegal, like rob a bank or something. Maybe fucking on an airplane was illegal, I wasn’t sure. I also wasn’t sure if Wes actually meant what he said. Maybe he was just joking and I’d walk in on some fat executive taking a dump instead.

I made it up to first class,
separated by a curtained entryway. I was worried about a flight attendant kicking me out, but there seemed to be an emergency toward the back of the plan that had them all running there. It could have been something serious or it could have just been a new buzzfeed. From the giggling that I heard as I walked by, I was guessing the latter.

Everyone in first class had their own wide leather seat with a TV in front of them. It was mostly businessmen in suits. Luckily no one that I worked with, either. They all were able to get an earlier flight.

But the one face I didn’t see
was Wes’s. Maybe he really was in the bathroom.

The one on the left was unoccupied
, but the one on the right had the red ‘occupied’ slide in. I didn’t know the protocol for sex in an airplane bathroom, so I knocked softly, hoping to hell he was in there. I looked to my side, hoping none of the other passengers were staring, and before I could look back at the door, his rough hands had a hold of the front of my wrap dress, pulling me inside and shutting the door behind me.

I was expecting the tiny-
ass airplane bathrooms that I could barely fit into, but this one was closer to the size of my bathroom at home. It was narrow with a full-sized toilet to my left and a few feet down was a full sink with hand towels beside it and a big mirror over it that reflected a large wooden bench.

“Wow, I didn’t expect this,” I said, looking around the space.

“I almost didn’t expect you to show up.” Wes cupped my face.

“What would you have done if I was someone else?” I raised an eyebrow.

“Hoped to hell she made the same sexy sounds that you do when I do this ...” His lips were on my neck, his tongue running along the same spot he kissed before he nipped at it.

I whimpered, my body trembling from his touch.

“Yeah, that’s the sound,” he whispered into my neck before his lips trailed up to mine. He locked the door behind me before he pressed his body against mine, kissing me deeply.

I wrapped my arms around his neck as his hands slid down to my sides. Guys never touched me like he did. They usually played with my rack for awhile and then got right to sliding in. No foreplay. But Wes teased every part of my body like he cared more about my pleasure
more than his.

He moved his lips to my ear. “I’m glad you’re wearing this dress, baby.” H
is hand slid underneath my skirt, his fingers tip-toeing up my thighs until he ran his thumb over the thin fabric of my panties, instantly heating everything up between my legs.

I sucked in a deep breath through my teeth as his thumb skimmed down the front of my panties.
He hooked his fingers on the side of them, pulling them down deliciously slowly as he kneeled with them. Wes lifted up my calf, pulling one leg out of underwear before he kissed my ankle, leading a trail up my leg and leaving goosebumps everywhere his lips touched.

I thought he would stop kissing, but instead he lifted up my dress before gripping my thighs and pulling me forward into his awaiting mouth. I gasped when his warm tongue flicked against my clit
and then he pulled me closer, sucking on the nub.

No guy had actually
done that before. I’d gone down on guys plenty of times, but it was never the other way around. I didn’t think it was a big deal until I had Wes’s tongue on me and I fully understood how big of a deal it really was.

I grabbed onto his blond hair, running my fingers through it before pulling it gently. He nibbled at my lips
before sliding a finger inside of me, twirling a finger while he sucked my clit. My legs shook and an orgasm was at the brim of my eruption. I had to shove my fist in my mouth to keep from screaming and letting the other passengers know what was going on. He hooked his finger inside of me, meeting my G spot as his tongue ring flicked against my clit. I couldn’t hold in my climax as I came into his mouth, my body shaking around him.

Wes slowly stood up, wiping his mouth and meeting my eyes with a big grin on his face before he pulled my fist out of my mouth. “You are so hot when you come, darlin’
.”

I was utterly speechless. Which was a first. So instead I tugged on his hair, pulling him into a kiss. It was wet and slobbery, but I didn’t care.
The guy made me feel like I was something more than a fling. He wanted me to be happy. He wanted me.

Wes broke the kiss and then turned me around so I was facing the mirror over the sink. “Now when I saw this mirror
...” He ran his hand up my thigh, pulling my skirt up. “I thought about how bad I want to watch you in it.”

I raised my eyebrows at his reflection as he unzipped his jeans, pulling them down with his boxers
showing that he was primed and ready. He slid closer, running his fingers down my butt before he bent me over the sink. He moved his fingers down my clit before pushing himself inside of me. I moaned, feeling his piercing hit me in the right place, and had to bite my lip so I didn’t get too loud.

He grabbed onto my hips and thrusted into me, his fingernails digging into
my skin as each quickened movement made my body electrify beneath his. I gripped the sink for fear I’d fall over if I didn’t hold onto something. I stared into the white bowl of the sink, thinking about all the steps that led me to fucking an almost stranger in a first class bathroom.

I slowly looked up from the sink and saw that his eyes weren’t shut
, like he was trying to pretend to be somewhere else, but instead were focused directly on me. Full of longing. He wanted me. Really wanted me.

That was the look I needed for me to erupt. I gripped onto the sink, my body shaking as my orgasm took hold. Wes followed suit with a few hard thrusts before his body shuddered and came to a complete stop.

We both stood there, breathing and making eye contact at our reflection in the mirror.

That was the moment I knew I fell for my stripper husband.

The rest of the plane ride wasn’t too bad. No one stared at me as I tried to discreetly walk out of the first class bathroom and the ladies still snored next to me. But there was that nagging feeling. I couldn’t stop thinking about Wes. And it wasn’t just about the sex anymore either.

He waited for me as the rest of the first class cabin got out and then put his hand on my lower back, leading me out of the plane with him. I
couldn’t help but think about where his hands were just a few hours before. The way he dug his nails into my thighs. It made my whole body tense up.

He grinned from ear to ear. “Not the one you gave me.”

“Heh
... I knew what you meant. I guess it was okay. It wasn’t first class or anything.”

“You could have taken my seat instead.”

I shook my head. “No. It was fine. I just had to sit between some old ladies that smelled like moth balls and arm pits. Nothing better than that.”

“If it makes you feel better
, I saved you my headphones.”