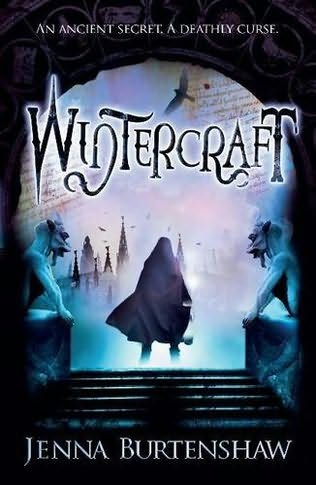 headline
www.headline.co.uk
Copyright © 2010 Jenna Burtenshaw
The right of Jenna Burtenshaw to be identified as the Author
of the Work has been asserted by her in accordance with the
Copyright, Designs and Patents Act 1988.
Apart from any use permitted under UK copyright law, this publication may only be reproduced, stored, or transmitted, in any form, or by any means, with prior permission in writing of the publishers or, in the case of reprographic production, in accordance with the terms of licences issued by the Copyright Licensing Agency.
First published as an Ebook by Headline Publishing Group in 2010
All characters in this publication are fictitious and any resemblance to real persons, living or dead, is purely coincidental.
Cataloguing in Publication Data is available from the British Library
eISBN : 978 0 7553 7123 5
This Ebook produced by Jouve Digitalisations des Informations
HEADLINE PUBLISHING GROUP
An Hachette UK Company
338 Euston Road
London NW1 3BH
www.headline.co.uk
www.hachette.co.uk
Table of Contents
Title Page
Copyright Page
Dedication
Chapter 1 - Market Day
Chapter 2 - The Collector
Chapter 3 - The Warrens
Chapter 4 - Murder
Chapter 5 - Wintercraft
Chapter 6 - The Night Train
Chapter 7 - Fume
Chapter 8 - Feathers & Bones
Chapter 9 - The Collector’s Room
Chapter 10 - Memories
Chapter 11 - The High Council
Chapter 12 - Trapped
Chapter 13 - The City Below
Chapter 14 - The Spirit Wheel
Chapter 15 - The Ancient Library
Chapter 16 - The Thieves’ Way
Chapter 17 - The Secret Circle
Chapter 18 - The Half-Life
Chapter 19 - The Night of Souls
Chapter 20 - Blood
Chapter 21 - Death
Jenna Burtenshaw has been writing regularly since she was nine years old. She grew up reading stories by Roald Dahl, but it was her morning walk to school through a graveyard that first interested her in gothic writing and the supernatural. She is a vegetarian and is very passionate about animal welfare - she once ran a shelter for sick and unwanted guinea pigs, which often had more than fifty residents at one time.
For my mother, Janette.
For all of your help and inspiration.
You are a wonderful mum and will always be
my most precious friend.
Prologue

At the southern edge of a moonlit city, a woman stood over an open grave. The blue edge of a tower’s long shadow sliced across the ground beside her feet and the grave yawned like an open throat, its headstone cracked in two, leaving only a broken piece of stone to mark the place where the dead still lay.
The lamp in her hand was hooded against the wind, and the ruby beads sewn along her dress sleeves shone and sparkled in its light. Shovelfuls of earth arched up through the air and she leaned out further, watching her companion slice into the ground, clearing the way to the coffin she knew would be waiting deep down in the dark.
‘Faster,’ she commanded.
The man obeyed, muddying his black robes as he worked.
A few late carriages rattled along a road in the distance but they were too far away to see anything but the lantern’s tiny light, and when the sharp crack of metal striking wood sounded through the night, only the woman could sense the spirits of the dead that gathered close around their digging place.
‘Open it,’ she said.
The man knelt down to clear the last patch of earth from the coffin’s face, then he snatched his hands back and stared down in horror. ‘I don’t think ya wanna do that,’ he said. ‘Take a look at this.’
He moved back, letting the lantern light spread all the way down to where a large symbol was burned deeply into the wood. It was a perfect circle, almost as wide as the coffin itself, and scorched into the very centre of it was a large snowflake, burned down to a finger’s width deep.
‘That is the mark of the Winters family,’ said the woman. ‘We are close. Now, open it!’
She glared at Kalen when he hesitated. The dead were close by - that mark meant that the coffin was protected by more than the eye could see - but she had waited too long for this moment to turn back now. ‘I have no time for superstition, Kalen,’ she said. ‘Get out of my way.’
‘My lady?’
‘Out!’
The man clambered up on to the ground as the woman lowered herself into the grave, staining her dress with streaks of grass and moss. She did not care. She lifted the spade and smashed it straight into the centre of the symbol, releasing an invisible energy that spread out across the ground, making the hairs on Kalen’s neck bristle and forcing the spirits that had gathered around them to retreat at once.
Kalen stood warily over the hole as the lid of the coffin crunched and split beneath his mistress’s hands. The ruby beads on her sleeves alone could buy her ten teams of carriage horses, but she dropped to her knees and reached down into the dark void she had uncovered, scraping them carelessly against the broken wood and snapping them from their threads as if they were made of glass. The grave was old, the coffin lined with yellowing bones, and in the very centre - where it had remained for more than a hundred years - was the object the woman had come to find.
She slid it out into the open air: a small black box barely ten inches wide, made from gnarled wood and sealed with a silver clasp.
‘Give me your dagger,’ she said.
The clasp snapped easily with a twist of the blade and beneath the lid, which creaked and split when she lifted it, was a small leather-bound book.
The woman snatched it up, desperate to possess it at last, and inspected the edges of its discoloured pages as if they were the last ones left in the world. It was small, but the pages were packed tight - as thick as a fist - and folded inside its cover was an ancient document bearing a warning that had been ignored many times. There, in the hands of its discoverer, it was about to be ignored again.
Kalen held out a hand to help her climb out of the grave, where she read its words with eager eyes.

The ways of
Wintercraft
are not for the careless, the arrogant, nor the unwise.
You hold now a book of instructions which, if followed, shall allow the fearless mind to go beyond the boundaries of this world and step without restraint into the mysteries of another.
Keep it safe. Keep it secret. And follow its words with care. This path is more dangerous than you can know.

The woman smiled. After years of searching, she had found it. She opened the book to the first page, where a further warning was written in sharp black ink.

Those Who Wish To See The Dark,
Be Ready To Pay Your Price.

She nodded slowly, as if the book had spoken those thirteen words out loud. Whatever price was required, she would pay it gladly.
Kalen looked around warily as the woman ran her fingers along the title on the front of the book, its silver-leafed letters glinting in the moonlight.
Wintercraft
‘This is only the beginning,’ she said.
1
Market Day

For ten years the town of Morvane had been left alone. Its people had lived safely behind its high walls and watched as other towns around them died one by one. The country of Albion was at war, but most people had never seen an enemy come close to their gates. The only threat they knew came from within their own lands; from the High Council seated within the distant capital city of Fume and the wardens sent to harvest towns for anyone strong enough to fight.
There was never any warning before the wardens came. When soldiers were scarce, ordinary people were forced to take their place in battle and anyone who refused the call to fight was put to death. In five decades of war, Morvane had been harvested twice. Children had grown up hearing stories of missing parents they would never know, people had built hiding places and dug secret paths beneath the ground to escape the wardens, and many buildings stood bare as people gradually left the town to live in the wilder villages instead, where harvesting rarely happened.
Kate Winters was five years old when the wardens last came. That was the day when everything changed. The day her parents were taken away and she had first learned what it meant to have an enemy.
Since that day, she had grown up with her uncle, Artemis Winters, living and working in his bookshop on the edge of Morvane’s market square. Morvane was one of the last few great towns in the northern counties, almost three miles wide from wall to wall and divided into quarters by four stone arches left behind from an age long before the wardens and the war. The market square stood in the very heart of the town, but instead of trading in luxuries and curiosities alongside the usual market fare, the traders sold only what they could grow, stitch or build themselves, concentrating on the basic items Morvane’s people needed to survive.