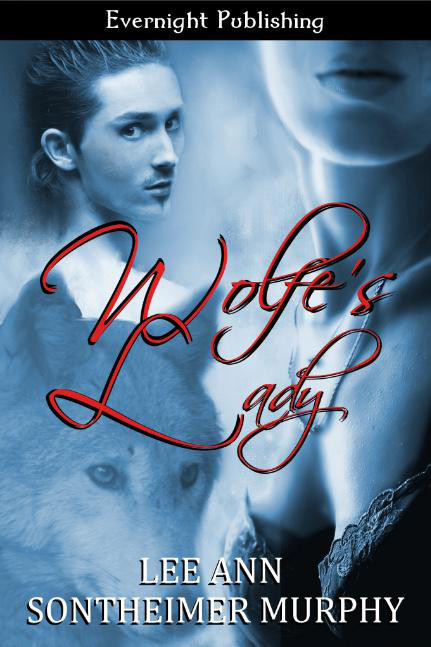 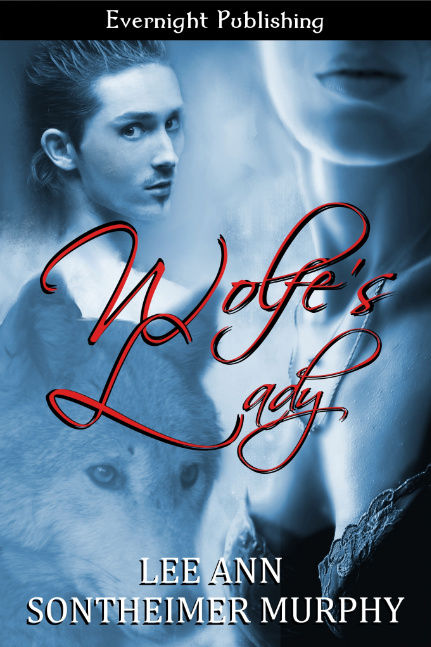 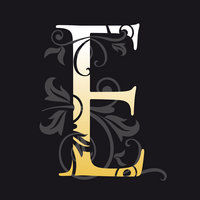 WARNING: The unauthorized reproduction or distribution of this copyrighted work is illegal. No part of this book may be used or reproduced electronically or

in print without written permission, except in the case of brief quotations embodied in reviews.

To my dad, Jerry Sontheimer, who introduced me to life and taught me that there is no such word as can't. His story is part of my own.

Her classroom was on the top floor of the aged brick building, tucked into the farthest corner of a dead-end hallway. Stella, with hands on her hips, surveyed the room with its vintage high ceilings and predicted it would be roasting hot in warm weather, freezing in cold. The shopworn desks were antiques and when she picked up the teacher’s edition of the textbook, she shook her head. The publication date was the year of her birth.

This was very different from the suburban high school where she graduated in the top twenty of her class, light years away from the modern, sprawling state university campus where she earned her teacher’s degree. The small town high school that served the entire county looked like a museum and she wondered for a moment just why she had accepted the job. Something about this small town, a typical farmer’s market Missouri town that drew from the surrounding rural area, appealed to her. Riverville, on the edge of the Ozark Mountains, offered hills to climb and some spectacular scenery.

Stella also liked the traditional town square with a courthouse in the center and businesses ringing each of four sides. Once it would have been the central hub of town but now most of the newer shops were located out on the highway on the edge of town.

In the older section where both the downtown Square and the high school sat, the terrain stretched out flat toward the river to the north and east. Above the Square, however, the Ozark foothills climbed like stairs with gradual incline to reach summits that looked down on the small town. On those hills, from the 1960’s onward, the more affluent members of the community, the bankers, lawyers, and local doctors, built their newer homes on those peaks and she wondered if that reflected their social views as well. She thought that it probably did, especially after learning that the neighborhoods on the hilltops were called Riverville Heights.

In the older part of town, where she would live and work, the buildings featured vintage architecture and went heavy toward brick.

Even the courthouse, a multi-storied and many-towered edifice was built of brick. One thing that she noted was that flowers bloomed in profuse color, from flowerboxes in front of small businesses, some with neat striped awnings, and to well-tended beds in residential areas.

She could have accepted the position offered by an inner city high school or the charter school in the suburbs but some latent desire to experience a retro way of life propelled her to take this job.

Riverville reminded her so much of the fictional Mayberry from the 1950’s television program that she expected to hear the
Andy Griffith
theme whistled into her ears as she walked around the Square. Stella liked her postage stamp sized apartment, housed in a former hotel on the corner of the downtown Square, but the high school was different.

Maybe it was the Gothic look of the three-story brick edifice that resembled a castle more than a public school building.

made her feel like she was starring in a cheap horror flick, not reporting for her first year of teaching.

The bland beige walls begged for decorations, like maps or posters, and Stella wondered if the administration would be angry if she painted them a vivid violet or a pumpkin orange. They probably would since the principal, a graying man two years from retirement, had given her a strict faculty dress code and a written list of rules.

“The appearance and conduct of our staff must be above reproach,” he had told her, nodding for emphasis behind his huge desk. “I am sure you will agree.”

Stella didn’t but she had nodded anyway, tucking her feet with the mauve painted toenails further under the chair before Mr.

Sanderson noticed her toes violated #15 of the dress code. Very few of her new professional garments qualified under the dress code someone grandfathered in from 1910.

She opened the drawers of the desk that sat in the center of the front of the classroom and frowned when she found the drawers full with the last teacher’s leavings. Ink pens, rubber bands, paper clips, bookmarks, two buckeyes, and more rubbish filled each drawer except the last of the three on the right, which stuck. It would not budge and already exasperated that she would have to clean out every drawer, she sighed and said aloud.

Stella leaped backward three steps and almost crashed into the podium. The unexpected voice was definitely masculine, a low voice with the hint of a growl deep within the tone. She clasped her chest with one hand when she saw him standing in the doorway, a tall man with long brown hair caught back in a neat ponytail and a Van Dyke beard/goatee.

“Did I scare you?” he said, in a voice rich and thick as dark chocolate. “I apologize. I thought you might have heard me coming.

I am Darien Wolfe, the mathematics teacher. My classroom is next door to yours.”

She extended her hand.

“Hi, you did startle me a little. I’m Stella Raines, the new European history teacher.”

Instead of shaking her hand, he lifted it to his lips and kissed it, his mouth warm against her skin, his moustache tickling her hand.

“I’m charmed,” Darien Wolfe intoned, and she thought she caught a faint upper crust British note in his voice as well. “Stella is a lovely name, from the Latin word for star. Are your parents star-gazers?”

“Yes, my parents adore the night sky,” Stella said. “I’m very pleased to meet you.” His manners were perfect and she must sound like she was born in a barn. She wondered, however, why his appearance seemed outside the strict dress code for faculty. As if he read her mind, he answered the unspoken question.

“If you’re wondering, I am exempt from Sanderson’s dress code,” Darien said, with a smirking grin.

“Why?” If he could be exempt, then maybe she could work in those painted toenails. Stella was just curious, too.

He laughed, his chuckle deep and sonorous like a dog’s bark.

“I am a graduate of Cambridge University and earned my doctorate at Harvard. I am an academic prize, a jewel in the mathematics department crown so they look the other way to keep me in the school district. I insisted on it as a condition of employment.”

She could not compete with that, not with her adequate state university teaching degree. If he graduated from Cambridge, it explained the faint British accent in his voice.

His unusual eyes met hers, sparkling with amusement. She couldn’t decide just what to call the color. They were brown but they had a yellow cast to them as well, strange but attractive. She decided that maybe topaz would best describe the shade.

“I was, once,” Darien replied. “But it was a long time ago and I have spent far more time in the United States than in Europe. I am more Yank now than anything else. Where do you come from, Miss Raines?”

His formal manners impressed and irritated at the same time.

Stella noted his skill at answering questions without revealing much information. He was English but he wasn’t.

“I’m from Overland Park, in the Kansas City metro region.”

“Do you know KC?” His self-assurance came across as cocky, so when she guessed he wasn’t that much older than she was, five years at most, which would put him a few notches below his thirtieth birthday.

“I’ve been there a few times.”

She noticed that he avoided answering, again, as he continued,

“Would you like to accompany me for a cup of tea? Or coffee, if you prefer?”

He intrigued her, she admitted, and he was gorgeous. If he also happened to be infuriating with his half-answers and his smug manner, it wasn’t enough to cancel out his appeal. Until she gathered supplies and made a plan, there wasn’t anything she could do to improve her classroom now so she nodded.

“Sure. Please, call me Stella.”

Although she felt winded after a rapid dash down three flights of stairs, Darien breathed as easy as if seated at a desk. Stella hustled to keep up with his long stride as they walked the short block to the town square. He paused at a very ordinary looking doorway, marked only by a sign that read “The Basement.” Her apartment, in the former hotel, was at the opposite end of the same block.

Darien held the door for her so she entered, blinking to adjust to the dimmer light and saw the narrow stairs that descended. She followed them and at the bottom, he again held the door so that she could walk into the small place. The single room was trendier than anything she had yet seen in Riverville with full bar and intimate booths lining all the walls. Muted lighting set a relaxing mood, with no more than backlighting at the bar with candles flickering on each table.

Darien directed her into a booth tucked almost beneath the stairs and Stella slid into the soft leather bench.

“Isn’t this a lovely place?” he asked, with a genuine smile. “I find it both quaint and yet so 21st century.”

“It’s very nice,” Stella said. She liked it, too, although the implied intimacy fired off her inner warning system. This was a place that you went on a date, not for casual coffee but maybe he chose it because it was near the school. Stella hoped so.

“It is and they serve tea, properly brewed. Do you like tea, I hope?”

“Yes, I like tea.” She did, both hot and cold but she had a funny inkling that he wasn’t talking iced tea.

“Do you have a favorite blend? They offer several varieties.”

The choices would not include basic Lipton’s tea bags, at least not to him, and although she considered teasing him about it, Stella didn’t think that she knew him quite well enough so instead, remembering well how much her British born great-granny loathed tea bags in general, she summoned up two of her favorite blends.

He smiled again and she noticed that his eyeteeth were longer than most men’s, giving his mouth an almost dog-like appearance that she found strange yet endearing.

The Strange Attractor by Cory, Desmond
The Summer I Turned Pretty by Jenny Han
The Fabric of Murder (Mysteries of Georgian Norfolk Book 2) by William Savage
The Case of the Sulky Girl by Erle Stanley Gardner
Buzzard Bay by Bob Ferguson
Beware! It's Friday the 13th by Kate McMullan
Beyond Summer by Lisa Wingate
Banana Split by Josi S. Kilpack
Simply Pleasure by Kate Pearce
Jack Templar and the Lord of the Vampires by Jeff Gunhus