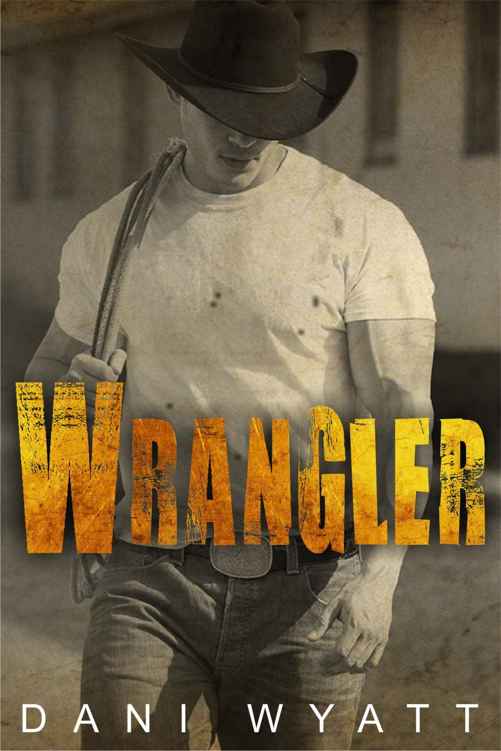 This is a work of fiction.  Names, characters, businesses, places,

events and incidents are either the products

of the author’s imagination

or used in a fictitious manner.

Any resemblance to actual persons, living or dead,

A NOTE TO MY READERS:

I appreciate every one of you.

This one’s for you NA.

Hope you are a fan of the front porch,

smutty goodness.  Thank you for everything!

Sordid fun and other dirty shenanigans

I love a dirty-talking, head over heels

possessive alpha who will

stop at nothing for a happily ever after.

The voice of the girl Roger has bent over in the bathroom echoes in the tall ceilings of this century old farmhouse. “Oh, fuck yeah, do it
harder
.”  This chick likes to give out orders.  “Up a little. No, not... yes! Stop there, now. Do it now. Do it harder. Faster!  Can you go fast?”

I’m in town barely two hours and already I’m glad I haven’t unpacked because I’m rethinking my decision to move back. I press my fingers into my eyebrows trying to stave off the thundering headache that is gaining momentum, listening to my best friend plow some chick on the other side of the bathroom door.

Through the door it’s Roger now.  “Can you, you know, shut the fuck up?”  He sounds wound as tight as a lasso around a mustang’s neck. He’s had her in there too long for his taste already, and I know Roger; he wants to get in and get out, and all her instruction is keeping him from the finish line.

A groaning chuckle gathers in my throat until I can’t hold back.

Not because I think it’s funny.  To the contrary, it’s because Roger hasn’t changed at all in the time I’ve been gone.  Myself, I haven’t touched a woman since before I’d left Michigan years ago.  If I think about it, it’s gotta be five?  Six years since I’ve even been on a date let alone anything else.

And Roger’s still on his quest to touch as many women as possible.  We’re best friends, but sometimes I wonder how.

In a solid hundred year old farmhouse like this, you might expect the walls to deaden the sound, but the acoustics must be something else because it just seems to be amplified. Fuck, if I closed my eyes I could imagine they’re putting on a sex show right here next to his mother’s old davenport.

I don’t even realize that I’m gritting my teeth until my jaw pops and a jolt of pain darts through my brain.  When Roger picked me up at the airport, I told him all I wanted was a shower and a bed.  Unfortunately, I failed to specify that the bed should be empty.

“So.” The girl in the bathroom has a friend and she’s sitting here bouncing her foot and staring at me like I might relent and fuck her just to pass the time. That ain’t happening. If Roger wants a fuck-chick that’s up to him, but I’m not interested. When her friend plopped down next to me on the sofa I found the first reason I could to redirect myself to the kitchen. I offered her a glass of water or a Coke but she’s not here for liquid refreshment.

I made evening plans for us.

Roger’s words bang around inside my head. Ten minutes after I dumped my bag in the guestroom and he drops that one on me.

His hook-up’s friend is looking expectantly at me, but I can’t think of anything to say to her.  Small talk’s never been in my wheelhouse on my best day. But, I’m a gentleman, my father raised me right, to treat all women with respect and I struggle to think of something to say without encouraging her too much.

It’s hard to take a breath let alone make idle chat while I’m thinking about my visit with my mom. I made my most important stop on the way home from the airport when I dropped in to see her at the facility where she now lives. Not that she saw me. She doesn’t even know who I am any more.  At this point, I guess I don’t give a shit what we do tonight.

I swig my Coke, shake my head at no one in particular. Roger’s been like this since 5th grade when he managed to persuade Jane Wilkinson to show him her panties behind the hog barn at the 4-H Fairgrounds.

On the other hand, I’m getting damn near monk status at this point, and it doesn’t bother me. I’ve never been a player so to speak.  I don’t think I’m bad looking, and women make it clear they’re available if I’m interested, but I’m not.  Call me a bitch, but I need more than a willing body.  At this point I’m just not sure I’ll ever find it.

The blond on the sofa doesn’t hide the way she’s staring directly at my crotch and I’m finding it difficult to stay in the same room.  “So.”  She attempts to open dialogue again.

So
.  I repeat silently. It seems to be her go-to word.  Deep conversationalist.  Her perfume reminds me of Boone’s Farm and my Grandmother’s Rose water.

I gulp down another swig from my Coke, grimacing as the icy fizz hits the back of my throat. “Yep,
so
.”

He grunts his release and she mutters a few forced compliments, then a moment later the toilet flushes, his first condom of the evening spinning into the abyss.

For a moment, all I hear is the popping fizz of the Coke in my bottle.

“Where you from?” Blond sofa girl leans forward, her silicone-enhanced rack nearly spilling out of her black tank top, a smile playing on her lips.

Sally
.  Her name finally registers. She’s peroxide blond, with two inches of black roots. In heels she’s nearly as tall as a Shetland pony, and she wears enough makeup for three drag queens ready to take the stage.  I’m polite, but distant.  This was not the night I had in mind.

She gives me a flirtatious shimmy of her shoulders, the jewels on her top glinting under the artificial light.

I meet her eyes for a split second, then look away. “Couple hours north.  But not for a while.”

There’s a click and the bathroom door opens behind her. Roger emerges, looking like the Cheshire cat who just fucked the queen of hearts. I give him a death stare, but all I get in return is an open mouth grin as he jerks his head toward the bedroom, bouncing his eyes between me and sofa Sally.

“Where have you been?” Sally tries her best to keep the conversation flowing, but the only thing flowing is thoughts of me taking my best friend out with a shot to the jaw.

Roger answers for me. “Oklahoma, honey, he’s been in Oklahoma. Where the women are scarce and the sheep wear wedding bands.”  Roger grins as he tucks his plaid shirt tails into his jeans.  It’s a miracle he’s not wagging his dick in Sally’s face asking for a clean-up.

I roll my eyes so hard the room spins. My hackles are up and if he wasn’t my best friend I’d already have flattened him. Tonight I am not in the mood for his shit. Sally makes this ‘pssssffftt’ sound as she springs back upright, disappointed that I’m not interested in her inflatable triple Ds.

“So.” There’s that word again, but it’s from the brunette this time. “Are we going out or what?”  She follows Roger, fussing with the hem of her black dress. Although ‘dress’ is a generous term, the thing she’s wearing is more like a tank top that’s stretched just enough to keep her from getting arrested.

“Of course we are.” Roger stuffs his wallet into his back pocket and shoots me a sidelong glance. His teeth are on show again. “What do you say, Chad?  Ready to head out?”

When he bobs his eyebrows I almost lose it. Just lucky for him I’m standing by the front window and I can’t be bothered to make the leap to the front door to knock him out. His grin widens and he grabs his keys, points one at me.

“Well, buddy?” He checks himself in the mirror, runs his fingers through his military-grade haircut. It’s near blond, a throwback to his family’s Scandinavian roots. Mine, on the other hand, is brown like maple syrup.

That’s what my mom used to call it.  No self-respecting dude would say they have ‘maple syrup brown hair.’ I guess being back in my home state is bringing back thoughts of my mom and dad.