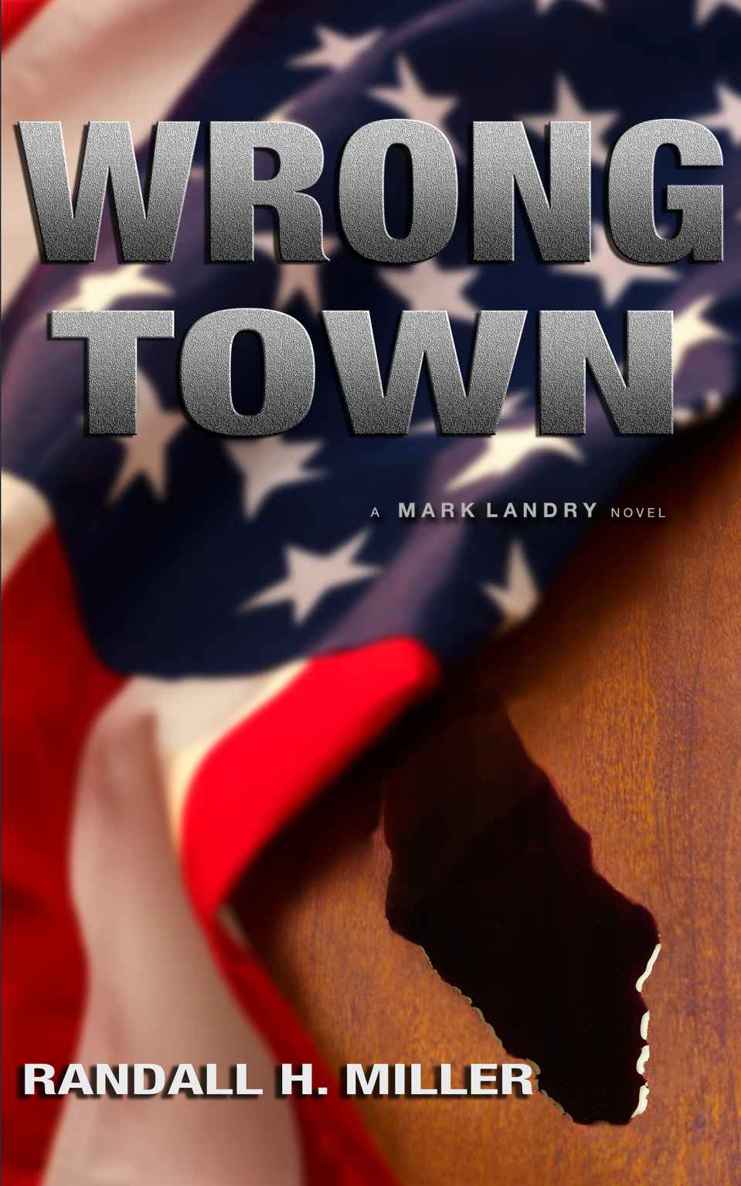 This is a work of fiction. The names, characters, businesses, places, events, and incidents contained in this book are either the products of the author’s imagination or used in a fictitious manner. Any resemblance to actual persons, living or dead, or actual events is purely coincidental.

I would like to thank Maggy and Michael for their endless patience. I love you both very much. I would also like to thank Eric Curtis, John Irving (not that one), Colonel Don Paquin (U.S. Army), Lieutenant Colonel John Palo (U.S. Army, Retired), Robert Hennessey, Michael McCarthy, Brian T. Witkowski, Steve Tarani, the Sig Sauer Academy, Rob Pincus, Steven Branca, Mary Beth Autry, Todd Bennett, Michael McLain, Richard C. Miller, Chris Halleron, and many others who were kind enough to contribute to the creation of this story in some way.

“And those who were seen dancing were thought to be insane by those who could not hear the music.” – Unknown

“Pick one,” said the black-robed imam after opening the door to the packed gymnasium-turned-prison. “They are all virgins.”

The sound of Amir’s combat boots against the hardwood floor announced his arrival and sent chills through the building.

Submission came easier to the older women, but the younger girls grew more frantic each time a warrior entered—and with good reason, as they were more likely to be chosen.

Amir took his time and examined a dozen different candidates like cattle before deciding on a young girl with chestnut eyes, long black hair, and nascent curves.

“She has no experience, so she may need to be encouraged to please you,” he was advised.

Amir’s encouragement came in the form of strangulation as he writhed on top of her, tightening his grip the more she resisted. Jealous warriors would later erupt in laughter as he joked about the moment when the flicker of light in her eyes went dark.

After bathing her filth from his body, he stood before the bathroom mirror and began the lengthy process of shaving his thick, long beard as he had been instructed.

Three long years of fierce, righteous combat not seen since the Prophet and his companions had fought for the same sacred soil. And Amir’s ferocity in battle and fearlessness under fire had not gone unnoticed. When other foreign recruits had hesitated, he had charged forward to kill the enemy and ceremoniously executed the cowards in his ranks afterwards. To him, displaying the slightest hint of disloyalty or fear, on or off the battlefield, was simply unforgivable. Yet he had no real authority—only the power of his presence.

His reward was ceaseless praise and respect from everyone who fought alongside him. “You should star in the execution videos, Amir! We can only imagine the prayers your actions would inspire, and how many hits you would get,” they would say.

Hits. This war is not about hits.

“I am here to serve at the will of Allah. Whatever best serves him and the Caliphate, I will do out of honor and love,” he had said modestly around the fire. Deep down, he had known that being passed over for video production was a blessing and further evidence that God’s plan for him had yet to unfold.

Anyone who appeared in official videos instantly became a global reality star and therefore less useful outside of Islamic State–controlled territory. Facial recognition. Gait recognition. Thermal fingerprints. Spectral and chemical imaging. Their fates were forever tied to the soil underfoot. Several who had enjoyed folk-hero status for their video performances were then publicly executed for the sins of arrogance and pride. Amir silently questioned such charges.

Are they arrogant and prideful? Or simply giving their brother warriors the inspirational leadership they crave?

Regardless, his anonymity outside the Caliphate meant that he was still eligible for the holiest of missions. The ones that required fierce close-quarter combat experience, a keen intellect, unshakable faith, and a Western passport.

The most righteous battles are fought in the West—the Dar al-Harb—where heroes become legends.

If martyrs are the crown jewels of the faith, the warriors who strike directly at the heart of Satan are the sparkling emeralds. When the State’s chief spiritual guide had tapped him on the shoulder, he felt as though the hand of God had reached down from heaven and touched him. He had been chosen.

Amir tossed his tattered black uniform onto the floor next to the girl’s corpse and put on Western clothes. He brushed back his blond hair and rubbed his hands against his smooth face. Slinging the backpack over his shoulder, he looked into the mirror one last time and smiled wickedly. The transformation was shocking. He was reassuming an identity he had renounced long ago.

The September Garden by Catherine Law
The Button Man: A Hugo Marston Novel by Pryor, Mark
The Secret Mistress by Mary Balogh
Cavanaugh Reunion by Marie Ferrarella
The Nutcracker Coup by Janet Kagan
Tempting Rowan (Trace + Olivia #3) by Micalea Smeltzer
Map to the Stars by Jen Malone
Krampus: The Three Sisters (The Krampus Chronicles Book 1) by Halbach, Sonia
Tempted By the Night by Elizabeth Boyle
Killer Nurse by John Foxjohn