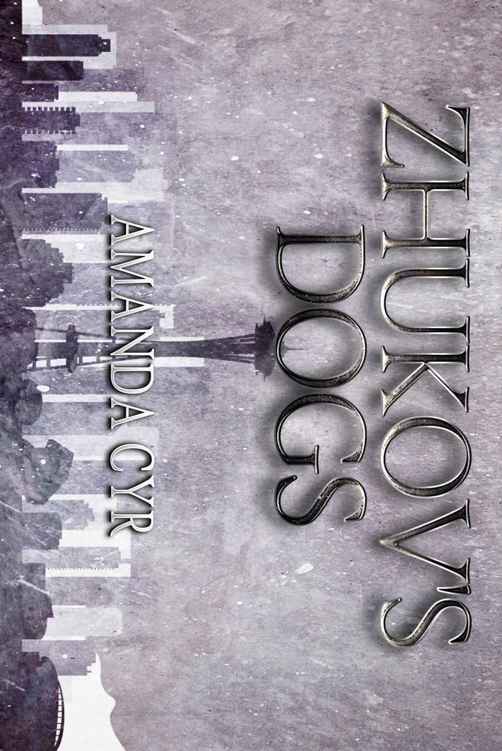 Dedicated to the underdogs.
Spoiler alert: we come out on top.

I didn’t have a watch, or a phone, or even a clock on the wall, but I knew the patrol patterns of the guards outside my cell and added up the hours that dragged by. Sometimes they walked by in pairs, standing so proud and clean-shaven in their dark brown uniforms, as though the low-ranking canvas jumpsuit somehow made them better than me. Every time they looked down at me in my degrading prison garb, I stared them in the eye and watched as they fidgeted under my gaze and scuffled on. There had been one or two who had felt brave on the other side of the steel bars between us. They would snicker to their patrol partner and linger in front of my cell.

“Still haven’t shipped this cretin off to the electric chamber?” asked a passing guard.

For three days, I had controlled my temper when men like this mocked me. There were more important things on my mind, and with the recent injuries I’d sustained during Operation Oxford, I knew it would be foolish to risk hurting myself further. Oh, and I’d learned early on that the bars separating us were electrified. Such a brave guard to poke a wounded animal in an electric metal cage.

Usually one quick remark was the end of it, but today I watched from my cot in the corner as a short-haired, female guard, new and nervous, replied, “Who’s this?”

I couldn’t contain a snort from my corner. The noise of amusement seemed to annoy the veteran patrolman. He pulled his nightstick from the holster on his hip and rapped it against the bars, sparks shooting between them upon contact. “This,” he said, pausing to clear his throat, “This is Lieutenant Colonel Zhukov, former second commanding field officer of the Youth Infiltration Division.”

Hastily the female guard stood at attention, just as any lowly grunt would when presented before one of Special Forces’ most elite—one of the chosen few, hand-picked and groomed from an early age to become an unstoppable force specializing in covert operations. As she raised her hand to salute, just as protocol instructed, her partner grabbed her wrist and scolded her.

“Don’t show him any respect. Do you have any idea what he’s done?”

“Bad people go to jail. This here is the guy everyone’s talking about, the one who betrayed us for a bunch of scummy revolutionaries.”

Scummy was an appropriate way to describe them. Not in the sense they were bad people; they just didn’t practice the best hygiene habits. Who was I to judge anymore? I hadn’t showered in three days. My dark hair was uncombed, and the oily curls clung to my forehead and hung just past my eyes. I was overdue for a haircut, but I didn’t mind having my unusual eyes hidden. If anything, I was grateful I didn’t have to stare into them when I faced the mirror over the sink.

I watched as the new guard’s face paled. Her eyes darted over to mine occasionally as her partner listed off the charges against me. Unauthorized disclosure of military information. Arson. Destruction of public and private property. Aggravated assault and battery. Conspiracy to overthrow the government. Thirty-seven counts of murder.

“Thirty-eight,” I said. I didn’t like inaccuracies when it came to my line of work. Even if it contradicted the field report, I knew how many people I had killed that morning.

The guard whacked his nightstick against the bars again. He must have expected it to scare me like it did the other prisoners he watched over. “Don’t think because your father’s a general, you’ll get any special treatment. You’ll be dead by the end of the week,” he scoffed. “Let’s go, Erin.”

His partner lingered at my cell a moment longer. She was probably asking herself how an esteemed, high ranking officer like myself wound up locked away in the basement of headquarters with criminals and terrorists.

Once they were out of sight, I stretched my arms up and locked my fingers together. Like the rest of the gray jumpsuit, the sleeves of the prison uniform were too big, and they slid halfway to my elbows as I stretched, revealing an unusual mess on my arm I’d nearly forgotten about. There were small squiggles in green marker with a clumsily drawn red bird in the center of them all.

I lowered my hands and pushed the right sleeve up to my elbow so I could better see the drawings. They’d faded since the mute, seven-year-old girl drew them on me. She’d drawn them on all of us with her small collection of markers, for good luck, the night before everything fell apart. I traced the red bird with my thumb lightly so as not to smear the precious ink. Poor Zoe. The military might not recognize my thirty-eighth kill, but she certainly would.

“
Wait! Nik, wait a—”
I flinched as Val’s last words darted through my mind, my thumb smudging the wing of the red bird. Quickly, I rose from my cot and hurried to the sink. There was no soap or hot water, but I turned on the faucet anyway and thrust my arm into the cold stream. I scrubbed and scraped until my skin was raw and the child’s drawing was gone.

A slur of curses gracelessly fell from my lips as I doubled over to grip the sink with both hands. Zoe asked me to take care of him. I wanted to take care of him. When three-hundred Grey Men charged through the snow covered debris, I urged my friends on. I ignored their fears and baited them with their dreams of freedom. I pushed them forward and watched the snow turn red around me. As ill as it made me to think of the fate of my friends, I felt a small sense of relief in knowing none of them had made it back alive to tell of my sins.

My index finger flicked back. The small, involuntary movement caused a sudden nausea to rise in my throat. All around me, my cell seemed to be shrinking. The reflection in the mirror of the bars behind me crept closer and closer. How many men threw themselves at the electric bars keeping them in? It was a cowardly escape. Even if I was a traitor, I was certainly no coward.

I pulled my gaze away from the bars and pushed the greasy bangs out of my eyes. With deep, haggard breaths, I stared straight into the empty eyes of a man once feared and respected. Being born with a strain of heterochomia iridum made one eye a different color from the other—my right a pale green and the other a dark brown like my father’s. He said all great men in history had a defining characteristic. He told me when I was young that the world would someday look at my mutation with reverence, not amusement.