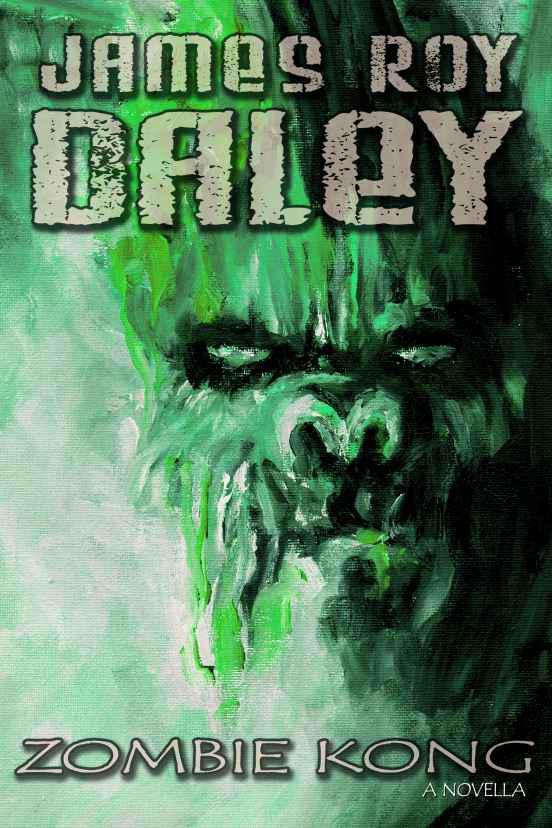 This book is a work of fiction. All characters, events, dialog, and situations in this book are fictitious and any resemblance to real people or events is purely coincidental. All rights reserved, including the right to reproduce this book, or portions thereof, in any form.

BOOKS of the DEAD

BOOKS of the DEAD

MATT HULTS - ANYTHING CAN BE DANGEROUS

The average size of a small intestine in an adult human male is approximately twenty-three feet long and three centimeters wide. It’s not uncommon for an intestine to reach a length of about thirty feet if the person is considered obese. Once a person dies that same intestine can measure up to 50% longer due to the loss of muscle tone within the tissue. With such losses, a three hundred pound man that has been dead for a few days can have a small intestine reaching a length of approximately forty-five feet. A three hundred pound gorilla that has been deceased for the same amount of time will have a small intestine that is similar in both width and length.

The average height of a male silverback gorilla is 1.7 meters, or about 5’ 7”. A gorilla at this height typically has a weight of approximately 390 pounds, or 5.82 pounds per linear inch. Most experts agree that the gorilla, now referred to as ‘Zombie Kong’, was slightly more than 52 feet tall and had a weight nearing 20 tons (40,000 pounds), or 64 pounds per linear inch. I have tried to find some facts and figures regarding the actual pre-death anatomy of the great beast, but so far I have been unsuccessful. It should be noted that my own investigations have led me to believe that Zombie Kong’s small intestine was close to 30 cm in diameter and more than 400 feet long. 400 feet, for reference’s sake, is roughly 14% longer than the soccer field inside Wembley Stadium.

When the giant zombie gorilla tossed me into his mouth he did not chew, nor did he swallow. Instead, he turned his head and roared. The sound, quite simply, was the loudest thing I had ever heard.

Hugging the monster’s dehydrated tongue while balancing on one knee, I found myself desperate and highly troubled. The massive teeth stacked around me were frightful. The canines interposing the calcified walls resembled the grand ivory tusks found on an African elephant, only thicker, more dangerous, and somehow… sinister.

The animal’s mouth sprang open and snapped shut. Then it opened again, slowly this time, allowing sunlight to creep in like the promise of a morning that would never come.

Trapped inside, clutching where I was able, in my state of absolute fear, I recognized those teeth as being something I had been extremely lucky to avoid. But how much longer could my good fortune continue? Another minute… maybe two? Clinging to that terrible wad of dead meat, which was cold and slimy and reeking so bad my eyes watered, my thoughts, when fully formed, were at best unsystematically erratic. But I did manage to keep my wits. Oh yes. Somehow I managed that much. Just.

While smudging the dirty tears across my face, I looked past the monster’s tongue, lips, and teeth, eying the world I thought I knew. But what kind of world was this? A flaming bus held no spectators. A squashed taxicab was overlooked. People running, a dog barking, fires consuming buildings that had been knocked over like mounds of blocks in a child’s playroom.

Cars had been recklessly hurled across the landscape and could be found leaning against trampled trees which had been snapped into sections, lying alongside busted telephone poles while live wires danced beside them. Dead bodies were scattered about, sometimes in pieces, sometimes not. And for a moment––one
final
moment, I could only assume––I saw my wife, Candice, and my son, Jake. Running. Screaming. Hand in hand, they were fleeing the monster with a group of ten, one of whom was a man I knew quite well: Roy Berkley.

Roy had dark hair, a slim nose, and a big smile that was waiting for me every time I saw him working at my local coffee shop. He always seemed to have everything in order.
Everything in its place,
he would sometimes say, smiling like a guy that had the whole world figured out. But if there’s one thing I’ve learned in my life it’s that while some men wear their hearts on their sleeves, others hide themselves behind a false exterior of counterfeit cheerfulness. I’d always assumed Roy to be a false exterior man, because his sleeves seemed to be whistle-clean at all times… until that moment. Missing a limb and bleeding profusely, Roy fell to his knees with his mutilated arm flapping insanely while the other arm pinwheeled for balance. With death but a wink from claiming the man, I saw the look of terror fastened to his colorless face. A face haunted with fright. There was no false exterior at that moment. No sir. Everything was real. His feelings were genuine. Roy, I realized then, wore his heart on his sleeve. I almost felt bad for not knowing.

After Roy tumbled to the ground, my wife looked over her shoulder, glancing at my friend before staring up at the animal… and then straight at me. For a single moment, a
precious
moment, I like to think that our eyes locked together, uniting our souls one last time before the oversized mouth closed tightly, imprisoning me. Did it happen? Did we share a glance, or was my mind so lost within the depths of despair that I imagined the event? The answer remains unknown, for the moment the jaws closed, my existence changed. The beast had me. And it swallowed me down. Whole.

I slipped past the pharynx, past the epiglottis and the larynx, and into the tight confines of the esophagus. Before it happened I was wondering if I could free myself; escaping my frightful predicament was the only option I was willing to entertain. But as the swallowing occurred and my world turned dark, the prospect of escape looked bleak and unrealistic, unless, of course, I could crawl my way back into that miserable mouth once again. It would be no easy task, and even if I managed to claw my way into that cursed place a second time, what then? What would I do? It was a practical question without a reasonable answer, but it didn’t matter. If I couldn’t re-enter the mouth I still had to escape. Somehow. Even if the esophagus muscles had already begun squeezing me, gripping me, pulling me down. Pulling me
in
.

I felt movement all around. I could tell by the way my world was shaking that the beast was walking, or perhaps running, for I was being pushed this way and that––shuffled about as if living through an earthquake.

Inside that moment, if I could feel grateful about one thing, it would be the fact that the beast had swallowed me feet-first. This isn’t much to smile about, I know. But with my head pointing north and my feet pointing south, I felt as if I had maintained
some
measure of control, as negligible as that control may seem.

Being inside an esophagus––a strange miracle of evolution––is like being devoured by a toothless python. It grips and pulls, squeezes and clutches, constricts and suffocates.

Suffocation. That was my newest fear, the latest thought picking at my brain and making my heart race, encouraging the sweat to bead up on my forehead and run squiggly trails down the back of my neck. But there
was
air inside the beast. Enough to breathe, anyhow. There wasn’t as much as I wanted, but there was more than I could have hoped for considering the situation.

Grunting and cursing, I dug my fingers into a wall of flesh. A handful of slippery, fungus-covered meat was my reward.

Something shifted and moved beneath me. I heard a grunt and I lost my footing. The muscles in my body instinctively flexed as I tried to maintain my ground. I was leaving the esophagus. About to be dropped into that stretchy sac known as the stomach.

Looking back,
that’s
the first word that comes to mind. Not ‘scary’. Not ‘terrifying’. Not even ‘murky’ or ‘stinky’… and it
was
stinky,
exceptionally
stinky. But as
rancid
, and
curdling
, and god-awful
barf-doggish
as it smelled,
gross
is the appropriate word.

When I dropped out of the esophagus and into the stomach, it was
gross.
It was also dark; I could hardly catch a glimpse of anything. There
was
air… sort of, which is why I didn’t die. But the air was
so
wrong. The taste on my lips was akin to bile.

I should point out that there were holes in the stomach, the skin, and the muscles of the abdominal area. Every few seconds the beast would twist one way or another and a little bit of light would seep into the sac, and with the light came nitrogen and oxygen and all the other molecules of gobbledygook that we call ‘air’.

By the way, do you know what a stomach is?

I know you’re well aware that you
have
a stomach, but do you know what a stomach is? I mean,
really
know?

Let me tell you:

A stomach is a mixer, wrought like a J-shaped bag. It churns, mashes, and pulverizes all the food that travels down the esophagus, slamming it together and breaking it into small pieces of fodder. This is done with the help of stomach muscles and the gastric juices that the walls of the stomach create.

And there I was––hanging out in a stomach, waiting to get broken down into digestible fragments. But there was a snag. The beast no longer
had
gastric juices. After the beast had died, the juices went missing.

My guess––and this
is
a guess––is that the enzymes and acids that aid with food digestion had leaked out, or dried up, or eaten their way through the tissue. No stomach acid meant
no digesting
. Fantastic news, for sure… however, I found myself sitting in something terrible, something snaking around in a slow-moving circle.

A question came; it was simple and obvious.

What am I going to do?

A stupid solution, I know. But it was all I had.

I suppose now, looking back at the situation, that I could have called 911. The thought never occurred to me. So I rammed my hand into my front pocket and pulled out my cell phone, thinking about Candice. My keys––house keys, car keys, garage keys, a couple of mystery keys––they also came out of my pocket and slipped from my fingers. The keys were gone, but I still had my phone, and that was the important thing.