Read A Season of Eden Online 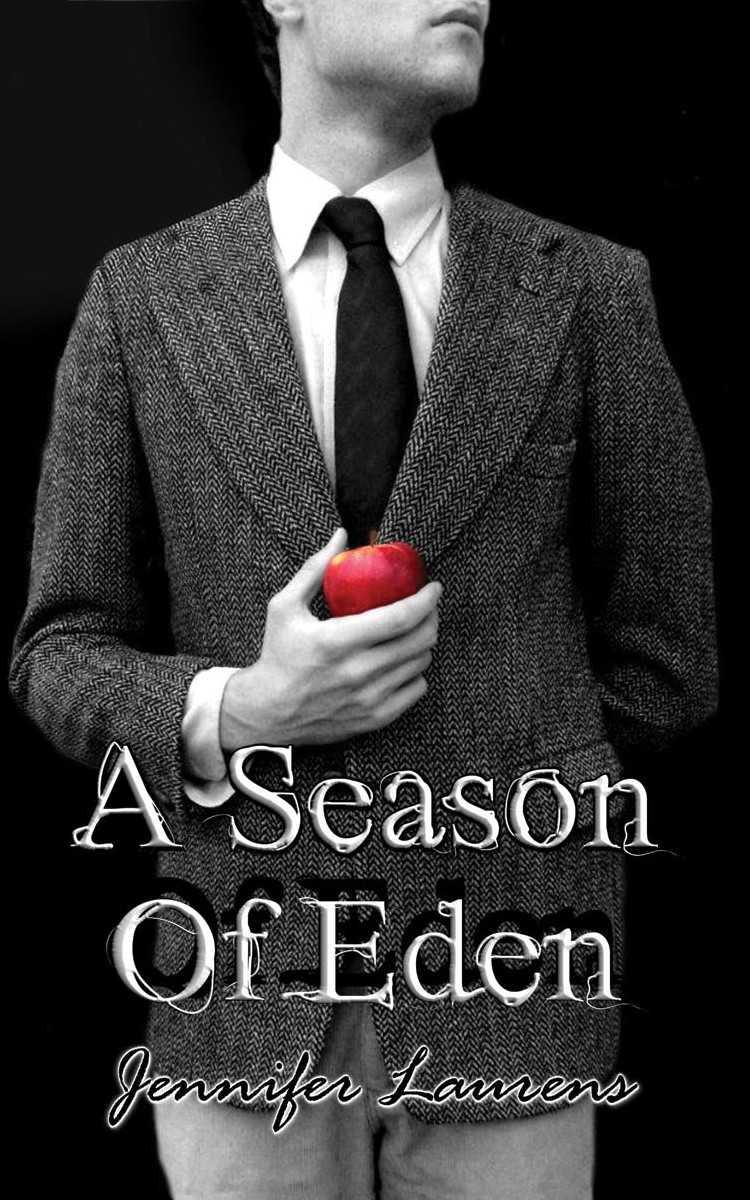 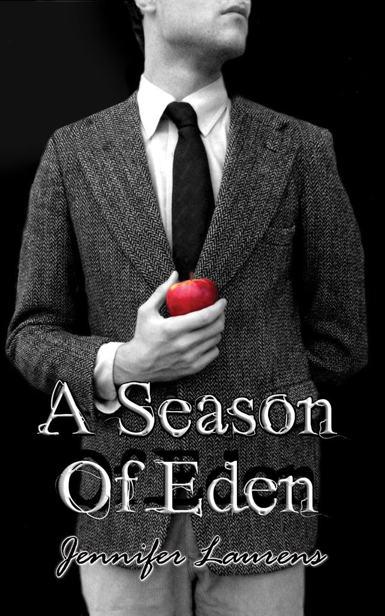 This is a work of fiction. Names, characters, places and incidents are either a product of the author’s imagination or are used fictitiously and any resemblance to actual persons, living or dead, business establishments, events or locales is entirely coincidental.

A Grove Creek Publishing Book / published by arrangement with the author.

A SEASON OF EDEN

This book may not be reproduced in whole or in part without permission.

I cringed inside.
Me?
Not really. I flashed my friend a confident smile. “Let’s not lie about why we both signed up for this class.” Chorus. Easy A.
Major
yawn.

I adjusted my short skirt and crossed my legs, admiring my tan.

First day of the third term and our choir class sat in the music room, waiting for the new teacher after Mr.

We sat on four-level risers, bowl-shaped, around a beaten black baby grand piano. I sat on the back riser.

Anybody with a name sat in the back. I sat in the center seat of the back, surrounded by guys. Josh and I had signed up for the half-year class because we were seniors and needed an easy elective. I’d sung before… in the car.

Concert Choir would be an easy A.

Then he walked in.

He came from the rear of the room, a kiss of scent, a whisper of corduroy and denim on a brisk, confident walk.

The elbow patches on his jacket caught my eye first, then his full halo of toffee-colored hair, just skimming his collar.

When he turned around, my heart stopped.

He had the kind of face that caught your eye with a simple glance. He was so young. He could have been a student, impersonating a teacher. His skin wasn’t the honey tan of most southern California boys I knew, but rather a pale luminescence, like a candle just starting to glow.

He smiled and the room went silent. I was sure the guys around me heard my pounding heart.

“Hey. Welcome everybody.” His voice filled the space like the scent of hot apple cider, spicy and inviting. “I’m Mr. Christian.”

“For those of you lost or, I don’t know, otherwise out of it, this is Concert Choir.” He reached up and tugged at his tie, cleared his throat. I could tell he was nervous.

“Since there are forty-three of you and one of me, if I call on you during class, tell me your name, then I can kind of get my bearings about who’s who. Sound good?”

The gentle cadence of his voice sent my body into a hum.

There was always a plethora of empty seats up front, kids leaving the perfunctory row empty just in case the teacher spit, stunk, or, heaven forbid, called on them.

I stood, gathered my backpack and walked up.

Mr. Christian’s gaze latched on me and a rush of warmth raced under my skin. I heard whispers but I didn’t care. I sat in the center front chair and looked right at him.

I enjoyed when he blinked hard, as if he couldn’t believe that I’d stepped over the student-teacher threshold and into an empty seat. Then he continued speaking, looking out over the class. Enveloped by his tangy cologne, I didn’t even hear what he was saying.

Closer now, I fixed on his face. His eyes were blue, slashed with green, like stream water over rocks. His square jaw framed a tentative smile, as if he was trying to figure out if he was standing before friends or enemies.

I appreciated clothes that fit well enough to hint, and hated clothes so loose they disguised. His jeans were baggy.

Mr. Christian didn’t have a sense of clothing. Patches on elbows had been out for years.

The look was hot.

I wanted to slide my fingers up around his collar, stare him straight in the eye and loosen his tie.

The hour passed and I listened to every word that came out of his mouth, watched the way his lips moved as he talked about music and what he hoped we as a group could accomplish by joining our purpose through song.

“Any questions?” he finally asked.

I raised my hand. His blue eyes met mine. He nodded, indicating that I could speak.

“Is this your first teaching job?”

The class rustled behind me.

“Yes, as a matter of fact.” He grinned and the tiniest dimple creased at the side of his lip. “But don’t hold that against me.” He laughed and the sound fluttered through my body warm and inviting. The kind of laugh you could immerse in.

The bell rang and noise broke out. I stood and picked up my books.

I held his gaze to see how long before he’d break with a blink. He didn’t. “My name is Eden.”

Walking down the packed outdoor halls of school, I tried to keep my mind off Mr. Christian. It was ridiculous to think of a teacher like I thought of any hot guy. For a second, shame heated my cheeks. But I dismissed it. He was gorgeous. There was nothing wrong with admiring great art.

I heard my name but was so caught up in branding images of Mr. Christian’s face in my mind that when I finally glanced around, whoever had called me had vanished in the crowd.

At my locker, I spun the dial four times before I remembered I was there to exchange books. Next to me, Leesa Weitz peered over. She’d had scarlet fever three years earlier and lost all of her hair. She looked like a baby bird now. I’d never had the nerve to ask her if it would ever grow back.

“Hi, Eden.” I saw adoration in her eyes whenever I was around—that excited-puppy look. Her bubbly smile made me feel guilty because I didn’t have time to talk.

I’d forgotten she was in Concert Choir with me. “Uh, yeah.”

“So you transferred in. Cool.”

That was the extent of our conversation. For the last four years we’d been locker neighbors but we’d never exchanged more than perfunctory greetings with each other. I gave her my complimentary smile and snatched my English book.

I looked at my chosen ensemble for the day, wondering if Mr. Christian liked short skirts. This one was black and red plaid. I had on a tight long-sleeved tee shirt with a shrug in black. My legs were bare, even though the southern California January air was chilly. I’d slipped on a pair of red jeweled flip-flops.

“Lookin’ hot.” Matt came up behind me and slid his arm around my waist. Then his hand slipped. He patted my butt. It’d been forever since the move made me blush.

Matt and I had been together for six months, and at every opportunity he tried to touch me. Today, I found the move annoying.

“It’s so retarded that you do that,” I told him.

His brown eyes widened with shock. He inched away.

We walked in silence to English. The morning fog that caressed the Palos Verdes peninsula every night hung misty in the outdoor corridors of our school, threading around the buildings and green parkways. Out the corner of my eye, Matt stuck his hands in his pockets and lowered his dark head.

“You never complained before.”

“So that means I can’t now?” I stopped just outside Mr. Jessop’s English class. “You think that because I’ve never said anything about it, I don’t have the right?” Wide-eyed nosey students quietly passed us to go inside.

Confusion flashed across his face. “No.”

Satisfied that he understood not to touch me without invitation, I went into class.

The rest of the morning was a wash of poets and their poetry. I couldn’t think about anything but Mr. Christian. It was as if I’d drunk a sinfully rich latte and the buzz lingered in my head, limbs and heart.

What was he like? Did he live in Palos Verdes? How old was he?

My friends and I took off at lunch, catching rides over to Lunada Bay plaza. Though the plaza was only three blocks from the high school, nobody walked there.

Juniors and seniors, and sophomores lucky enough, hung out at the hopping galleria for lunch. The quaint Spanish-style shops circled a fragrant courtyard rich with bougainvillea trees. You could pick up a coffee, sit at a café table and munch a salad, all the while salivating over high school hotties on display.

My group always sat at the centermost table outside of Fiasco’s, a deli bistro. When my best friend Brielle and I got there, Matt was already lounging with Josh and Tanner. Matt watched me through wary brown eyes, wondering whether or not to give me a kiss in greeting after what I’d told him before English.

“Hey,” Brielle’s voice chirped like a bird and everybody said, ‘Hey’ back.

Before I could sit down, Matt shot to his feet and pulled me in for his customary lunch time display of affection. Because everyone was watching, I let him kiss me.

Zing had gone out of our kisses long ago, at least for me. Today, the thick, winter fog carried his cologne into my head with the potency of a Vicks vaporizer. I choked on it. His lips spread over mine, slippery and wet. It had been months since he’d kissed me with anything other than self-gratification. His slick mouth annoyed me. And he’d eaten something with onions. I wanted to push him away but knew better in front of our friends. All I could do was count the seconds until it was over.

Finally, he eased back, searching my eyes for whether or not things were status quo between us.

I eased out of Matt’s tight embrace with a fake smile and sat. He sat next to me. “Want something?” he asked.

I could still taste the onions he’d eaten. “Yeah, a diet Coke with lemon. Thanks.”

He got up and went inside Fiasco’s.

“First day of the last term of the rest of our lives.”

Doing It for Love (All About Love #1) by Cassie Mae
Devil's Fire by Melissa Macneal
Deal With It by Monica McKayhan
Day by Day by Delia Parr
Werewolf Academy Book 6: Vengeance by Cheree Alsop
One Shot Too Many by Nikki Winter
I Want Candy by Susan Donovan
On My Knees by Periel Aschenbrand
101 Smart Questions to Ask on Your Interview by Ron Fry
Creole Hearts by Toombs, Jane