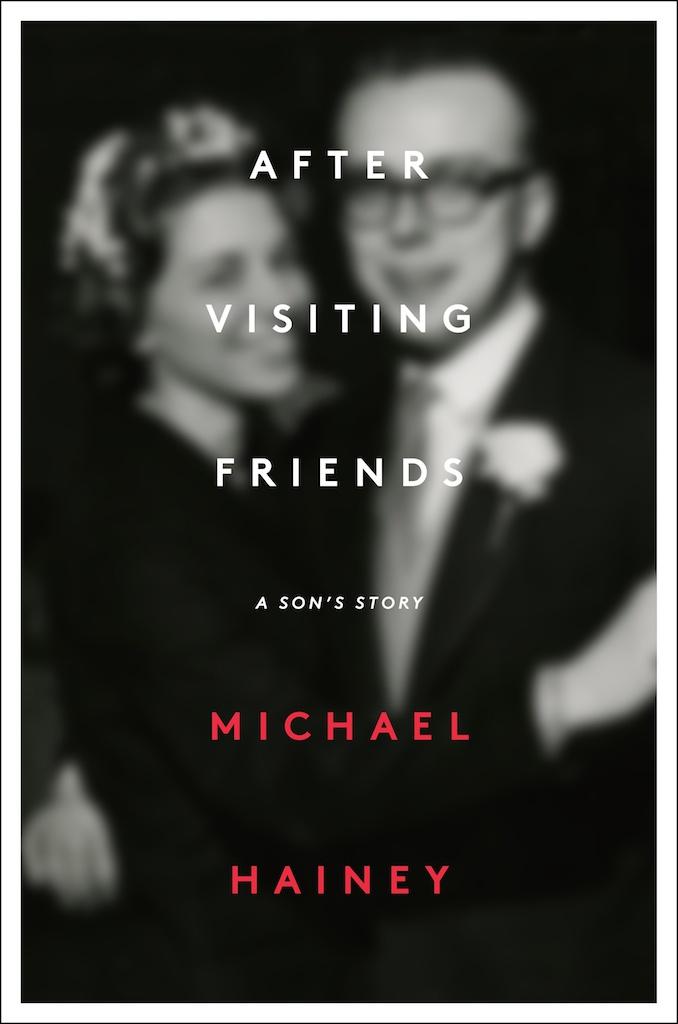 Thank you for purchasing this Scribner eBook.

“If your mother says she loves you, check it out.”

“It is the dead, not the living, who make the longest demands.”

I was home from school, visiting my grandmother in Chicago, when she told me this
story, a story that involved an old Polish custom: When a boy has his first birthday,
his family sits him in his high chair, and on the tray before him they place three
objects—

“Whatever the boy chooses,” my grandmother says to me, “that will be his life.”

“You?” she says. “You slammed your fist on the tray, sent everything scattering to
the ground. There was your mother, on her knees, searching, cursing you and all the
pieces she couldn’t find.”

“I never heard that story.”

Even when I was a kid, and the holiday dinner was over, the plates pushed aside and
the adults having coffee and the
kolaczki
that my grandmother always made, I’d linger at the table, ask her questions about
the old days. How, when my mother was a young girl they had no money for medicine,
so if she had a sore throat, my grandmother would make mashed potatoes, roll them
in a dish towel, and put them on my mother’s neck. A hot compress. Or she’d tell me
how my mother learned to play the accordion from Mr. Carnevale, down the block. Every
Saturday, wrestling her instrument into her red wagon, pulling it to his studio on
63rd Street.

Once, some years ago, we were sitting around my mother’s kitchen table playing cards—my
mother, my grandmother, and me; the matriarchy and me. (My grandfather was dead by
now, and my father had died years earlier.) I asked my grandmother what it was like
when she first got married. This was 1934. Middle of the Great Depression. They said
their vows on Thanksgiving, so they could cobble together a four-day weekend and call
it their honeymoon, such as it was. My grandfather was the only one working in his
family—supporting his parents and his eight brothers and sisters—so he was unable
to take any time off for the wedding, let alone a honeymoon. Not that they had the
money to. Eighteen months later, my mother was born.

My grandmother tells me that she and my grandfather were so poor that they could not
afford a crib for my mother, and for the first year she slept in an old dresser drawer.

“Sometimes at night I’d tuck your momma in and then Grampa and I would go to the corner
tavern and have a beer. Cost a nickel. That was our Friday night.”

“Wait,” my mother says. “You left me home in the drawer? Alone?”

“You weren’t alone,” my grandmother tells her.

“Who was watching me?” my mother asks.

My mother slams her hand on the table, gets up, and starts washing dishes.

My grandmother looks at me. “What’s she so hot about?”

One Christmas Eve, I had driven my grandmother and grandfather home. We’re sitting
at the kitchen table, a bowl of pears between us, ripening green to yellow. My grandparents
are telling me a story about the old neighborhood, and they can’t agree on when the
story happened. My grandfather taps his finger softly on the table, three times, and
says, “No, it was 1917. I know because it was the summer we hanged the kaiser in effigy.”

“You’re right,” my grandmother says. “There was a parade through the neighborhood,
and we strung him up on a streetlight in front of Saint Adalbert’s. Lit a big fire
out of trash.”

And I’m sitting there, thinking: How many people remain who can speak the sentence
“It was the summer we hanged the kaiser in effigy”?

Her parents were from Krakow. “Crack-oov” is how she’d say it. She told me that her
father tuned organs in a church there. They ended up in Chicago. Back of the Yards
neighborhood. Poles. Germans. Austrians. What my grandfather called “Bohunks and Polacks,
all of us.”

Her father ran a corner store. Canned goods. Boxes of basics. Shelves of staples for
the families who washed up on the block. Families of men who worked the slaughterhouses—the
Chicago Union Stock Yards. For a good hundred years, there was nothing like it on
earth. An entire square mile of Chicago, devoted to butchering cattle and hogs or
any other beast a man could ship from
America’s hinterlands—our prairies and plains—turning it into canned meat, churning
all of it into the bounty of America. This was the land of Swift, the kingdom of Armour.
Chicago as the disassembly line. Chicago—how fast and how efficiently a creature could
be reduced. Rendered. Broken down.

On summer nights, when the wind blew off the lake, the stench of death and dung hung
over the whole city. My grandmother told me that some nights in her bed, she’d be
awakened by what she called “the sad groaning”—beasts in the dark, all those miles
away. Chicago.

That was them. Running their store and living in a small apartment in the back of
it: my grandmother, her baby sister, her father and mother. That is, until her brother
is born and their mother dies in the bedroom, giving birth. Her father pushed the
baby into my grandmother’s hands, the baby still bloody, said, “Here.”

Then he got drunk.

My grandmother was left to raise her sister and her baby brother. A year later, when
my grandmother was twelve, her father found a new wife—Sally. Sally was sixteen. Sally
turned my grandmother’s father against her, and the day that my grandmother turned
fifteen, she left, took a job cleaning houses for some rich people. But she persevered.
To me, perseverance is the great trait. She taught me that.

I was in my thirties when I told my grandparents I wanted to see the old neighborhood.
This was March. Thick of Lent. We get in my mother’s Buick. Chunks of rotting snow
cling to the edge of the road, crusted over with carbon. Looking like they were smeared
with newsprint. News of days long past, forgotten.

When we get to the old neighborhood, I round a corner and hear my grandfather from
the backseat.

“Black Betty lived in that house. Olive skin. Give her a quarter and she’d let you
lie with her in the weedy lot.”

In the rearview mirror, I see my grandmother elbow him.

I want to see Saint Adalbert’s, where they were married. One of those hulking masses
of soot-stained stone, the kind they always tell you was built by immigrants’ pennies
and nickels—and as we start walking up the steps my grandmother freezes. She’s been
holding my arm to steady herself on the icy steps, but now she’s tightened her grip.
She tells me she’s thinking of when her mother died and men shouldered her coffin
from their house through the streets, to the church.

“When the guys carrying my mother’s casket got here, they set it down on the steps
right here and opened it. ‘Final viewing,’ the priest said. I was standing next to
her casket, and when I look down at my mother, I saw her face move. I thought she
was alive. And I tug my father’s sleeve. Oh, I was so happy. I thought, God has heard
me. And then my father says, ‘Look again.’ And you know what it was? Little worms.
They’d already started.”

She looks at me. Her bottom lip trembles.

“We couldn’t afford to preserve her.”

Years later, I was home from New York one October when I went to see my grandmother.
Over the past few months, she had been “deteriorating.” Mentally. In the span of six
months she’d gone from living on her own to being in a nursing home. Or “assisted
living,” as they call it now. She was in Central Baptist Village. Not that she’s Baptist.
But it was closer to my mother’s house than any Catholic place, and my grandmother
agreed to it.

Moving her was hard on my mother. Not just the packing up
of my grandmother’s house, winnowing down her possessions, but the stress and strain
of being responsible for her. I’d hear it in our phone calls.

That morning, my mother asks me to take an afghan to my grandmother.

“I think she needs an extra blanket,” she says.

The afghan is the same one that we had in the basement when I was a boy, the one my
brother and I wrapped ourselves in when we watched reruns on the TV—our Zenith. My
grandmother knit the afghan years ago, for my mother. Over the years, my grandmother
has knit too many afghans to count. She makes them as wedding gifts. Somewhere in
my mother’s basement there is one she knit for me. “I can’t wait forever, honey child,”
she told me when I caught her knitting mine. “You’re forty. The way you’re going,
who knows how long it’ll be.”

On my way to see her, I stop at Fannie May, the candy store. I get a small mixed assortment.
A blustery, chill day. Fall, advancing on Chicago. Leaves—yellow, rain-battered, pulled
down in the night—cling to cars and the damp blacktop.

I find her in the Common Room. A bunch of gray tufts and bald, liver-spotted heads
seated in a semicircle. At the center, a heavy woman in white pants and a purple smock.
The woman is leading them in group exercises, getting them to raise their arms over
their heads, move their limbs in small circles.

With each vowel, they lower their arms a few inches. They look like aged mariners,
sending semaphore. Signaling to ships in the mist somewhere out at sea.

Eighty, ninety years ago, these people are sitting in a schoolroom, in the same messy
half circle, being led through the same
drill—minus the arm exercises. And here they are now, on the other side of life. Trying
to hold on to what they learned so long ago.

I walk over and touch her shoulder. I’m prepared for her not to recognize me. Her
eyes, all exaggerated behind her glasses, try to focus on me. She takes my hand.