Read Angels Watching Over Me Online

Angels Watching Over Me 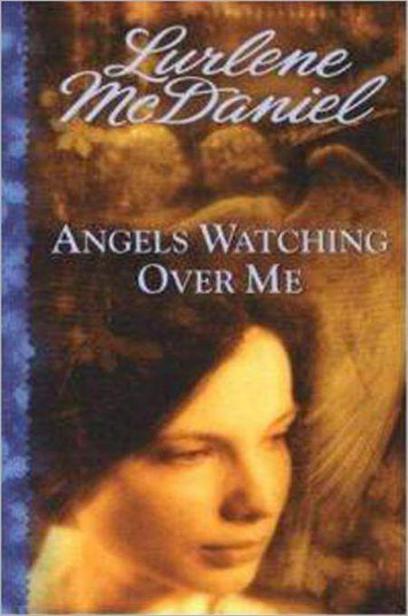 “Do you always do what the elders say?” Both Ethan and Charity quoted rules and words of others. Did they ever think for themselves?

“
Gelassenheit
,” he said. “That’s German for patience and resignation. It means obedience to the Amish community. It is not something we
do
. It is something we
are
.”

Leah had been raised to be on her own. Her mother’s many marriages, their frequent moves and different schools had taught her to be independent. But she saw quite clearly that for the Amish, individuality was not a virtue. It was a curse. She stood. “Well, it looks like we’ve come full circle, Ethan. You were right after all—the English and the Amish can’t mingle.”

He stood too. “But we can care about one another,” he said carefully. “We can always care.”

She knew he meant
care
in a brotherly way. But after spending time with him, she didn’t want to be just another sister to him. She wanted to be a girl who mattered to him the way Martha Dewberry mattered. Except that Leah wasn’t Amish. And she never would be.

All rights reserved. No part of this book may be reproduced or transmitted in any form or by any means, electronic or mechanical, including photocopying, recording, or by any information storage and retrieval system, without the written permission of the publisher, except where permitted by law. For information address Dell Laurel-Leaf.

Dell and Laurel are registered trademarks of Random House, Inc.

Visit us on the Web!
www.randomhouse.com/teens

Educators and librarians, for a variety of teaching tools, visit us at
www.randomhouse.com/teachers

This book is dedicated to the memory of
Emily Anne Thomas, a loyal reader
and a precious child of God
.

“Are not all angels ministering spirits sent to serve those who will inherit salvation?” (Hebrews 13:2, New International Version)

“W
ell, I can’t believe a broken finger can land you in the hospital, Leah. Are you telling me everything? Are you sure those doctors know what they’re doing? I expected Indiana to be a little more progressive. Even if we are living in the boondocks.”

Leah Lewis-Hall gripped the phone receiver. Her mother sounded as if she were next door instead of halfway around the world in Japan on her honeymoon. Leah took a deep breath, not wanting to scream at her mother. But she didn’t want to let her know how scared she was either.
I’m sixteen and perfectly capable of handling the unexpected on my own
, she told herself. After all, nothing about her and her mother’s
lives together had ever approached what was expected all these years.

Patiently Leah explained, “I saw the doctor Neil said to call in case of an emergency. He did some X rays and blood work and told me my finger was broken. Then he told me I should come to the hospital and be checked out more thoroughly. So I did.”

“How did you break your finger?”

“I don’t know. After I took you and Neil to the airport, it just started hurting. I didn’t bang it or anything. But it hurt so bad I couldn’t even sleep last night.” She didn’t add that sleeping alone in the old farmhouse Neil was renovating for the three of them to live in wasn’t exactly restful. “Maybe the doctor thought I should be in the hospital because the two of you are so far away.”

“I want to talk to a doctor. Is one around?”

“Not right now. Neil’s doctor said to call him at his office and he’d discuss it with you.” Leah hated acting as go-between. What other girl her age had to check herself into the hospital alone?

Neil Dutton got on the phone. “What’s going on, sugar?”

Leah wanted to shout,
“I’m not your sugar
and you aren’t my father!”
Instead she explained the situation all over again.

Neil said, “Dr. Howser’s a good man, and if he thinks you’re better off in the hospital, then you are. Don’t you worry, I’ll call him and get the whole story and call you back later tonight. It’s six
A.M
. here,” he mused, “so that makes it—what? About four in the afternoon over there?”

“That’s right.” In Japan it was also a day later.

“I know we’re a long way off, but if you want us to come home, we can be there in less than twenty-four hours.”

Although being in the hospital frightened her, Leah certainly didn’t want to interrupt her mother’s new life. And she was positive that wasn’t what her mother wanted either. Also, she vaguely remembered that Neil, a retired auto executive, had an important meeting scheduled with some Japanese businessmen on behalf of his former company. She said, “Please put my mother back on.”

“Is that what you want us to do?” Roberta Dutton sounded cautious. “I mean, if you
want
us to come home—”

“No way,” Leah interrupted quickly. “It’s your honeymoon and I’m not a baby.”

“Well, maybe we shouldn’t act too hastily.” Leah could almost hear the relief in her mother’s voice. “I mean, wait until Neil talks to the doctor. Then we can decide what to do.” She paused. “Japan’s wonderful. I’ve already bought you some gorgeous things for Christmas, Leah. Why, I’ll bet no girl in that new high school of yours will have anything as nice. I’m talking designer labels, no imitations.” Her mother giggled. “Neil is positively pampering me.”

Leah hated her mother’s helpless-little-girl routine. Leah knew firsthand just how strong and
un
helpless her mother could be when it suited her.

“I’m sure I’ll like whatever you’ve picked out,” Leah said dutifully. It was Thursday, and Christmas was only nine days away. Since she was in the hospital, Leah was missing a few days of school, but so what? She really didn’t have any friends at the high school yet. Maybe she
was
better off in the hospital.

Rural Indiana was a far cry from Dallas. Leah hated the cold weather, the dreary gray skies, the farm-country high school, the whole
bucolic scene. She missed her friends and the sophistication of Dallas. So far, everybody she’d met seemed hopelessly hick and uncool. At least the hospital was in Indianapolis, a decent-sized city. Maybe she could persuade her mother to send her to a city high school starting in January. She could commute to the farm on weekends.

“So,” her mother said, “it’s settled. We’ll talk to the doctor and call you later.”

“Sure,” Leah said listlessly. “No use rushing back until we know something more.”

“That’s my girl,” Roberta said with a soothing lilt. “You were always so mature for your age, Leah. I know you can handle a few days in the hospital without me. While you’re there, you get anything you want. Neil said he’d pay for it. Besides, I’m convinced that the doctor is overreacting. You’re going to be perfectly fine, dear. Perfectly fine.”

Leah hung up and scrunched down under the covers, hot tears brimming in her eyes.

A woman knocked on the door, and Leah quickly swiped her hand across her eyes. “Come in.”

Molly’s smile was so genuinely pleasant that Leah felt her spirits lift. “You don’t look like a nurse,” she told the thirty-something woman, whose long light-brown hair was clipped back by a gold barrette. She wore taupe slacks and a cranberry-colored long-sleeved shirt. A colorful Christmas pin on her shoulder twinkled with tiny lights.

“We try to dress real casual on the pedi floor. It’s less scary for the younger kids.”

“Pediatrics. You’re in the adolescent area, but we’re so crowded right now we may have to stack new patients in the hallway. I can’t remember the pedi floor ever being this full.” She slipped the blood pressure cuff around Leah’s arm.

“Will I get a roommate?”

“You might. Each room can accommodate two patients, but it is possible to get a private room. Would you mind sharing?”

Leah thought about it and decided it didn’t matter. Maybe she’d feel less isolated if she had a roommate. “Only if he’s really cute,” she told Molly.

The nurse laughed. “ ’Fraid not. Your roomie would definitely be female.” Molly picked up Leah’s left hand. Leah’s forefinger had been strapped to a curved metal splint with gauze and tape.

Leah was embarrassed because her injury looked so insignificant. “My doctor isn’t sure what’s wrong with me.”

Molly grinned. “Well, at least you’re mobile. You should explore the place. We’ve got a nice game and rec room. Plenty of free snacks too, so long as you’re not on a restricted diet. In fact, we’re putting up a Christmas tree Saturday night; why don’t you come help decorate it?”

Leah couldn’t think of anything she’d like to do less. “I’ll think about it,” she said.

“So where are you from?” Molly pumped up the blood pressure cuff, and Leah felt it tighten around her arm.

Leah started to say “Dallas,” but realized that Texas wasn’t home anymore. “From Knightstown. My mother just remarried and the guy, Neil, bought this big farm and is fixing it up for us.”

It isn’t to me
, Leah thought, but she didn’t say it. “Neil’s always wanted to be a farmer. His first wife died a couple of years ago. He met Mom in Dallas three months ago and they just got married and went to Japan for their honeymoon.” She wasn’t sure why she was babbling on and on to Molly about things the woman probably couldn’t care less about.

“My father was a career navy man, and he was once stationed in Japan,” Molly said. “The country sounded so exotic to me, so romantic. Boy, did I ever want to go over and visit him.”

“No, he was back home in a year and then he got out of the service. He and my mother are retired now, and they have a condo here in Indy.”

Abby Has Gone Wild by Fiona Murphy
Memoirs of a Bitch by Francesca Petrizzo, Silvester Mazzarella
Tattered Legacy (A Nora Abbott Mystery) by Shannon Baker
Fatal Impulse: A Widow's Web Novel by Lori L. Robinett
Murder of a Pink Elephant by Denise Swanson
Empire of Dust by Williamson, Chet
The Dog Who Knew Too Much by Carol Lea Benjamin
Death Weavers by Brandon Mull
An Earl to Enchant by Amelia Grey
Cyber Kittens and Cowboys by Ipam