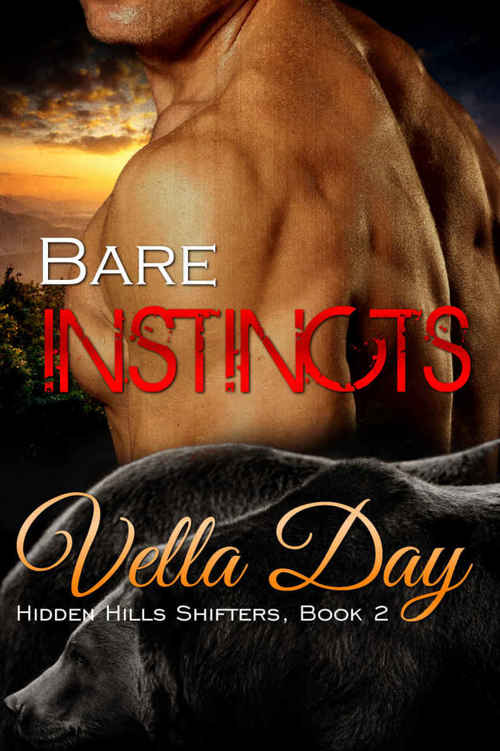 “R
ead another one?
Ple-eease, Ms. Wilder.” Five-year-old Justin Bishop looked up at Tasha with the most beautiful angelic face, his hands pressed together in prayer.

She looked over her shoulder. Not only was Justin’s mom waiting to pick him up, so were the four other mothers. “I wish I could, but the library reading hour is over. I’ll have another story on Monday, okay?”

She closed the book, and the kids groaned. Once they saw she was serious, the children rushed to their folks. Tasha loved reading to the kids, as all of her troubles seemed to float away during that hour. Seeing their upturned faces, listening to her every word, made her want about ten kids of her own.

It was noon on Saturday and time to go home. Her throat was a little dry from all the reading, so she clocked out and headed diagonally across the street to the café. The sun’s warmth kissed her face as she inhaled the sweet scent of flowers in the big pots dotting both sides of the street. She always loved the start of summer in North Carolina. The leaves were such a rich green, and the birds seemed so cheerful. She sighed, always sentimental after being with the young readers.

Luckily, there was only a short line at the coffee bar inside the Hidden Hills Café, and she rushed up to the counter to order. While she waited for them to fix her drink, she scanned the tables, surprised her dad and his best friend, Cliff Devereaux, were in the corner chatting, but not with their usual cheer. Cliff had his hand on his head and his chin lowered. Something had happened.

“Tasha?” Diana called from the counter. “Your coffee and muffin are ready.”

“Thanks.” She hadn’t realized she’d been standing there that long. She retrieved her food and headed over to her father. Only when she was close did they both look up. Neither smiled. Uh-oh. “Am I interrupting?”

Mr. Devereaux swiped moisture from under his eyes. “No.” He motioned for her to pull up a chair.

Once she sat, she glanced between her dad and Mr. Devereaux. “Is something wrong?”

“I’m afraid Tom overdosed last night and passed away. Burke was with him when he died.” Mr. Devereaux stroked his trembling chin.

The news was so horrific that Tasha was unable to respond. She’d grown up with Tom and his younger brother, Burke. “I’m so sorry.” Tasha knew Tom had left to pursue a football scholarship. Over the last couple of years, she’d heard rumors of Tom’s wild side, but he lived out of state, and rarely came home.

Mr. Devereaux continued. “When Burke went to school up there, I thought he could help ground Tom, but he just wasn’t the same after his injury. When he couldn’t play football anymore, he not only partied a lot but floated from job to job.”

“Boys are like that. They need time to sow their wild oats.” Her dad shook his head, acting as though she’d overstepped her bounds.

Mr. Devereaux’s lips pressed together. “I warned him about his excesses, but did he listen? Hell, no.”

Did any kid? Like her, she thought both boys had an idyllic home life. After all, they’d grown up together, and she wondered what had gone wrong. Perhaps it was that they were too good-looking, or maybe they were just rebelling against all the Clan rules. Being a bear shifter carried a big responsibility. Because of their size, the men were often called upon to monitor what went on in town. Maybe Burke and Tom weren’t cut out for that life and knew it.

Her father placed a hand over hers. “Burke is on his way home now, so be nice to him.”

Still in shock over Tom’s death, she bristled. “When have I not been nice to him?”

“You two were always fighting in high school.”

“Dad, that was eleven years ago. Kids always bicker.” Burke made fun of her all the time—called her big Bertha, but she was a bear shifter for God’s sake. Women of her Clan were often born with big bones. “I haven’t really spoken to him in four or five years.”

Burke had come back the first few summers during college to earn some money, but then traipsed back up north to party with his wild brother.

“What is Burke doing now?” she asked, turning the conversation toward his remaining son.

“He works for a construction firm.”

“Is there anything I can do?” The man was like an uncle to her. Her mom and Mrs. Devereaux were best friends, and Mr. Devereaux was the Clan’s second in command.

“Just lend an ear if Burke needs it.”

He didn’t understand. Burke would never talk with her. He played basketball in high school and was a star. While he was bright, he wasn’t into studying, preferring to spend time with all the pretty girls. She wasn’t one of them, so their paths didn’t often cross. He’d be practicing in the school gym while she was either in the theater building sets for the school plays, or singing in the choir. At one time, they’d been close since he was only a grade ahead in school, but once his hormones kicked him—adios. He was off to better pastures.

For the next hour, she sat there, listening to her dad try to console his best friend. Her mom was probably with Samantha Devereaux, talking with her. Tasha couldn’t imagine having to make funeral arrangements for a child. At that thought, her heart ached all over again.

As Burke Devereaux
neared North Carolina, he pushed his Harley to the max, doing whatever it took to block out the horror. The June heat caused his body to sweat, but he didn’t care. In fact, he didn’t care about anything right now. He was dead inside—or so he tried to believe.

It had been his idea for the two of them to go to Sheila’s party since she had the hottest friends in town. A few of them had thought they were too good for a construction worker, but fuck them. No way was he telling any of them he was actually part owner of the company and not just an employee, because then they’d be all over him for his money.

Burke had been aware there’d be drugs at the party, but since he didn’t indulge, he hadn’t thought much of it. He’d experimented years ago, but he didn’t like losing total control. At least with alcohol, he was good at moderation.

Tom, on the other hand, loved the stuff, which was why Burke shouldn’t have taken his brother with him. He’d believed Tom when he’d told him he would just have a few drinks and nothing else. More times than he could count, Burke had received a phone call in the middle of the night to pick his brother up from a party or from a woman’s house where he’d passed out. Of late, it had happened more frequently. After a not so pleasant altercation, Tom had promised to cut back—and he had, until last night.

Burke slapped the handlebars. If only he’d gotten his brother help, Tom might still be alive.

Oh, crap. He’d nearly passed the exit to Hidden Hills and had to cut across several lanes of traffic to get off the highway. His parents expected him around three, but he’d driven straight through and arrived earlier than planned. He was hungry and didn’t want to inconvenience his mom by showing up and asking her to cook.

When the Hidden Hills Café popped into view, he allowed his body to relax a bit. He parked his hog in front and, with his helmet tucked under his arm, strode in. The familiarity hit him hard. He missed his family, just not all the politics of the small town life.

Right now, Burke was at a crossroads, not sure what he wanted to do. He knew his parents would try to convince him to move back, but what was here for him? All of his friends had moved on, and he was co-owner of a company—one that would be hard to walk away from.

If he went back to Pennsylvania and returned to work, he feared Tom’s ghost would haunt him—that he’d see him at every party and wonder when he was coming home.

He spun around. His father sat at a table near the far side of the room along with Alden Wilder and his daughter, Tasha. Not that it really mattered, but he wondered when his Dad started eating here.

In a few quick steps, Burke was at the table, his father’s comforting arms around him. No words were needed. From the fierceness of the hug, his dad was hurting, too.

Alden Wilder stepped up next for a hug. “I’m sorry, son.”

As Alden returned to his seat, Tasha came over and embraced him. “I’m so sorry, Burke.”

A strange sensation coursed through him. Damn. Maybe it was true. Burke thought he’d imagined the pull whenever he was near Tasha, but he hadn’t wanted to acknowledge it. Perhaps her presence caused this unease now because he knew she’d ask questions about Tom. She’d dredge up all sorts of emotions all in the name of trying to help him cope, but he wasn’t sure he was ready for that yet.

When her full breasts pressed against his chest, his inner animal took notice. His human part tried to shoot it down, but he failed. Disgusted with his lustful reaction, especially at a time like this, he pulled back. “Thanks.”

She turned to his dad. “I’ll let you three talk.” Tasha faced him again. “If you want to chat, I’m a good listener.”

She always had been, though he’d rarely taken advantage of the offer. “Sure thing.”

When she picked up her purse and walked out, his day turned a little darker.

Seeing Burke again
rattled Tasha to the core. He looked so different. Unshaven, his eyes were sunken and his face thinner than the last time she’d seen him. If his body hadn’t looked so well-toned underneath his leather jacket, she might have thought he was doing drugs, too.