Read Betrayal: Whitey Bulger and the FBI Agent Who Fought to Bring Him Down Online

Betrayal: Whitey Bulger and the FBI Agent Who Fought to Bring Him Down 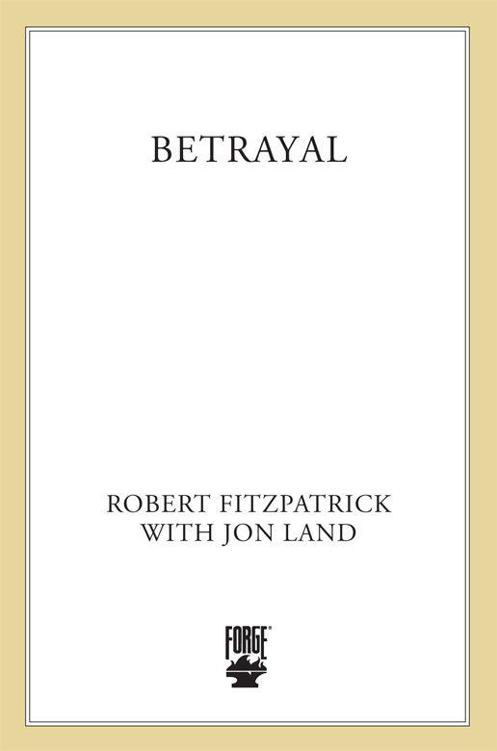 who made me strong

And, especially, for my wife, Jane, and my children, Brian, Robert, Alicia, and Erin,

who keep me that way

Part One: Coming to Boston

Other Books by Jon Land

“You want a bullet in the head?”

A few hours before he was murdered on a raw November night in 1984, John McIntyre thought he’d been invited to a party. At least that’s what drew him to a South Boston house owned by Pat Nee, a top associate of Boston’s Irish crime boss James “Whitey” Bulger.

Two weeks earlier, McIntyre had been aboard a ship called the
Ramsland
when it sailed into Boston Harbor carrying thirty tons of marijuana that would have netted Whitey somewhere between one and three million dollars. But the cargo was seized, putting a sizable dent in Whitey’s pocketbook. And it was seized because McIntyre had told federal authorities about the shipment to keep himself out of jail. Believing his informant status still to be safe and secure, McIntyre agreed to go to the party, figuring he’d be able to strengthen his hand with law enforcement even further. Only when he arrived at the house, Bulger stepped out of the shadows and stuck a machine gun in his gut.

McIntyre was thirty-two, of average height and weight, and bearded with dark blue eyes that belied the hardscrabble life of a man who made his living at sea. He had rough, callused hands from handling fishing nets with the texture of razor wire. But in addition to fish McIntyre was also known to carry marijuana, bringing most of his supplies into the Boston area by boat. Small time mostly and not on anyone’s radar, until he caught the attention of the murderous Bulger and his Irish Winter Hill Gang, who were determined to muscle in on Boston’s drug trade in the 1980s.

Whitey was also involved in smuggling large shipments of weapons to the Irish Republican Army in Northern Ireland, for which he commandeered McIntyre as an engineer on a boat called the
Valhalla.
A military veteran, McIntyre kept his wits about him and didn’t view the criminal lifestyle as anything more than a means to supplement his fishing and boat-building jobs. The money was just too easy and plentiful to turn away from, and McIntyre rationalized his actions by the need to support the young family he was struggling to hold together.

In September of 1984, the
Valhalla
set sail into the Atlantic with its holds full of guns and ammunition instead of marijuana, or iced swordfish and halibut. The voyage was smooth and uneventful, ending when McIntyre supervised the transfer of arms at sea onto a trawler called the
Merita Ann.
A few days later, off the coast of Ireland, British authorities boarded the
Merita Ann.
The weapons were seized and the crew was arrested.

The ramifications of the seizure reverberated all the way back across the Atlantic. Once the
Valhalla
docked back in Boston, Customs officials took McIntyre and another crewmember into custody on suspicion of gunrunning charges. After routinely questioning McIntyre, they released him. But a few weeks later the Quincy, Massachusetts, police arrested McIntyre on a domestic assault beef. Facing a potential prison stretch, he agreed to become a government informant and cough up the information on the infamous Irish gang leader’s criminal activities. The feds assured McIntyre he’d be safe, that his informant status would be revealed only to those officials associated with the case.

Now, though, on an autumn night that felt more like winter, John McIntyre found himself staring at the machine gun barrel propped over his belt. Stephen Flemmi and Kevin Weeks, two more of Whitey Bulger’s most trusted lieutenants, grabbed him and threw him on the floor. Then McIntyre watched in horror as Bulger opened his duffel bag of death. He took out a rope, chains, and an assortment of weapons that gleamed slightly beneath the naked lightbulbs with strings dangling from their outlets like spaghetti. Flemmi handcuffed McIntyre to a chair and then chained him to it as well for good measure.

According to testimony given in court years later by both Nee and Flemmi, Bulger proceeded to break McIntyre’s fingers one at a time until he finally confessed to his role as informant. Between shrieks of pain, McIntyre apologized for being “weak,” claiming he’d panicked, had no choice. Give him another chance and he’d prove himself loyal. He’d tell Customs and the FBI he’d made it all up to keep himself out of jail on that domestic assault charge.

But Bulger, having been told otherwise by at least one of those McIntyre thought was protecting him, wasn’t buying it.

McIntyre just looked at him.

“Yeah,” Bulger picked up. “What’s God done for you anyway, compared to all I’ve done? And this is how you pay me back. By fucking me”—Bulger backhanded McIntyre across the face—“in the ass.”

He was grinning now, enjoying himself. Bulger knew that John McIntyre had already told him everything, but that didn’t stop him from continuing the mental and physical torture for another five or six hours. When he finally tired of the process, Bulger placed a boat rope around McIntyre’s neck and tried to strangle him. But McIntyre refused to die. Bulger then slammed him repeatedly in the skull with a chair leg. McIntyre still refused to die.

“You want a bullet in the head?” Whitey asked, leaning in close to his ear.

McIntyre nodded, rasping out “Yes” through the blood and spittle frothing from his mouth.

Whitey shot him as promised. The impact threw him over backwards, still strapped to the chair and, incredibly enough, still alive. Flemmi grabbed his hair and pulled his head up while Bulger shot him again, repeatedly.

“He’s dead now,” Whitey said, and then went upstairs to take a nap.

“Fitz,” Assistant Director Roy McKinnon said the day he summoned me to his office at headquarters in Washington in late 1980, “we need an Irishman to go to Boston to kick ass and take names.”

I laughed but he didn’t.

“Any suggestions?” he asked instead, staring me in the eye.

McKinnon was the ultimate straight shooter. He had a square jaw and wore his salt-and-pepper hair cropped military close. I seem to remember he’d been a Marine; either way, there was a directness of purpose about him befitting a military mind-set, right down to the orderly nature of his office, in which nothing, not even a single scrap of paper, was ever out of place. He told me the assignment was important for a variety of reasons. He sounded grave about my new adventure and talked about difficult problems in Boston without specifically outlining what those problems were. Right out of the gate, loud and clear, he ordered me to put Boston on the “straight and narrow.” My initial reaction was it sounded like déjà vu, having had an assignment in Miami in the mid-to-late 1970s where, in fact, I did kick ass and take names in the ABSCAM investigation that nabbed numerous public officials, including a sitting U.S. senator. ABSCAM was a sting operation that targeted corrupt politicians and possible law enforcement personnel. I supervised the sting undercover, getting targets, including Senator Harrison Williams (D-NJ), to implicate themselves on tape. It was, in all respects, the FBI at its best.

I was Miami’s Economic Crimes (EC) supervisor at the time and also worked undercover on our yacht, the
Left Hand.
I had procured the sixty-foot yacht from U.S. Customs, which had acquired the boat as part of their seizure in a major drug sting. We needed a “come-on” for our undercover gig and the
Left Hand
fit the bill beautifully. Before we docked the boat in Boca Raton, my squad cleaned it and installed surveillance equipment around the large foredeck, which was perfect for entertaining, and inside a trio of well-appointed cabins for private meetings. Soon, the
Left Hand
became an attraction and developed a notorious reputation in South Florida, fostered in large part by our undercover persona.

ABSCAM became the biggest case ever on the EC squad, recovering millions of dollars in fraudulent securities and various white-collar crime scams. We decided to have a final party and invited all of the criminals we had evidence on to attend. We equipped the boat with additional surveillance equipment and captured our future arrestees on tape. The “Sheik,” an undercover agent, was posing as the wealthiest person in Miami, a connected Arab. While I sat up in the control room with the Strike Force chief, we encountered a problem. Senator Williams had appeared and demanded that he be allowed to attend our party. We declined and he demanded to see the Sheik anyway.