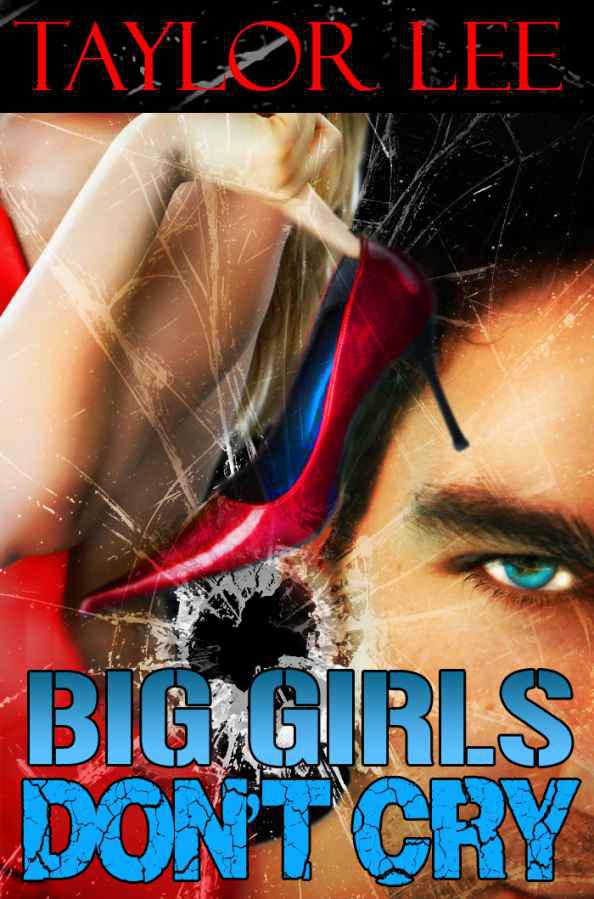 "Sizzling
Romantic Suspense at its best! As the danger rages, their passions
flare!" KDR
"Taking down an international drug ring? Solving a
vicious murder? All in a day's work for the sexy special agent.  Capturing an
irresistible woman as tough as she is beautiful?  Now that's another story!" L.
Takamia
OVERVIEW
MORE
PRAISE
"She's an accomplished martial artist as fierce as she
is beautiful. He sees the wounded woman beneath her tough exterior and is
determined to protect her no matter how hard she resists." J.
John
"The blond haired beauty hits the streets to find her brother's
killer. In the sleazy cesspool of drug dealers, strippers and pimps, she closes
in on the killer. But he's out to get her before she gets him." Sneaky Romance
Reader
"An edgy mystery thriller with pulse pounding action and
steamy romance. Unforgettable characters that will capture your heart." Action
Junkie
Can't get enough of Maya Banks, Cindy Gerard and
Stephanie Tyler's sexy heroes, feisty heroines and gripping suspense? Snatch up
"Big Girls Don't Cry" and prepare to be addicted.
HOT
HISTORICAL ROMANTIC SUSPENSE BY TAYLOR LEE 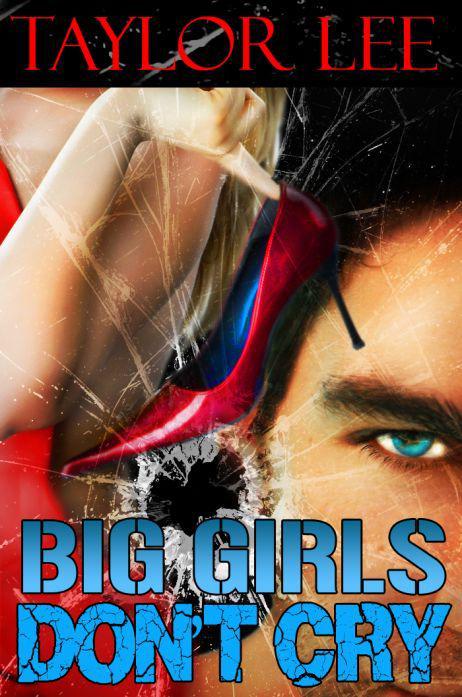 “Sizzling Romantic Suspense at its best! As the danger rages, their passions flare!”

“Taking down an international drug ring? Solving a vicious murder? All in a day’s work for the sexy special agent. Taming an irresistible woman as tough as she is beautiful? Now that’s another story!”

“She’s an accomplished martial artist as fierce as she is beautiful. He sees the wounded woman beneath her tough exterior and is determined to protect her no matter how hard she resists.”

“The blond haired beauty hits the streets to find her brother’s killer. In the sleazy cesspool of drug dealers, strippers and pimps, she closes in on the killer. But he’s out to get her before she gets him.”

“An edgy mystery thriller with pulse pounding action and steamy romance. Unforgettable characters that will capture your heart.”

Other Works by Taylor Lee

The strains of
Welcome to the Jungle
pounded through the crowded bar. Lexie closed her eyes and gave in to the beat. The pulsating thump of the drums drowned out the sounds, even the smells and most of the sights of the shabby bar. She sauntered and shimmied across the stage, pretending that she was on a private walkway available just to her and the music. Only the occasional “shake it baby,” cut through her dreamy state.

The ruffie Maria gave her before she went on helped. Laughing a harsh laugh, Maria told her to give in to it. She’d winked. “Let the drug work. Hell, little girl, you’re gonna find that little pill makes a lot of bad shit okay. Maybe even fun.”

When the music shifted and the throbbing heat of
Naughty Girl
filled the air, Lexie leaned against the pole. She closed her eyes, trying to remember how Maria showed her how to work the pole. Right, pretend you are a cat climbing the pole. Tossing back her head, Lexie thrust her chest up high. She inched her hands above her head and spread her feet apart. Clinging to the pole, she kicked her four inch high heeled shoe up and over the pole. Maria said that she should do that a lot, that she had great legs. Lexie turned her back to the audience and bent over at the waist. Maria told her men liked to see your butt. Much as she hated showing it to them, the whistles and cheers got louder when she wiggled it. Guess Maria was right.

At the musical cue, she choked back a frightened gulp. This was it, time to “take it off.” Trying to gain time, she swayed her hips from side to side. Her fingers shook as she struggled to unhook the silver button holding the insignificant strips of satin covering her breasts. She reminded herself: Take a deep breath, don’t look at them. She whispered her mantra: It’s just you, Lexie girl, just you.

At the welcoming roar, when she stood up and faced the blur of the crowd, she breathed a sigh of relief. They liked it! They liked her breasts! Encouraged, she tossed her long blond hair over her shoulders and pranced across the stage, twirling the strip of scarlet satin over her head. From the sidelines she spotted Moses, her boss. His fat lips curled in a sneering grin. His beady eyes gleamed. He jerked his head at her as if he was pleased. Relief flooded her. Thank God. Moses told her that if the men liked her, he might give her a job, maybe even a room in the back.

As the music throbbed to the close, she turned away from the crowd and tugged at the strings holding the matching satin thong in place. She dreaded this part. She hated being naked, especially in front of all these men. Moses promised that once she pulled the strings and shed the scrap of material, the music would crash to a halt and the spotlights would go to black. She’d told Moses that she’d dance as many times a night as he wanted, as long as she didn’t have to face the screaming men naked. She couldn’t handle their ugly leers.

Just as she made a teasing show of tugging at the satin strings there was a crash of splintering wood and angry shouts from the back of the bar. The music screeched to a ragged halt. Horrified at her naked body, Lexie covered her breasts as best she could and stumbled back. At first, she thought it was a fight. But the huge man causing the ruckus was rushing toward the stage. He kicked over chairs as if they were toothpicks and knocked a table to the floor, glasses and bottles shattering in his wake. Saul, the mammoth bouncer, tunneled his way through the crowd to the stage. A tight knot of angry men surged forward, but the big man pushed them aside and charged the stage. Lexie cowered against his advance and for once didn’t mind Saul’s meaty fist gripping her arm.

The blond haired man grabbed the bouncer’s wrist and jerked him back. Saul roared and launched himself at the stranger. The man was as tall as Saul, but nowhere near the two hundred and eighty pounds of the beefy bouncer. The blond man feinted to the left and did the impossible. He drove his hip into Saul’s gut and threw him over his shoulder. Saul crashed against the stage, smashing his head against the ridged edge, blood spouting from his ear. The attacker closed in on him with a series of fearsome kicks and strikes and pummeled Saul in the gut, head, and face. He stepped back only when Saul lay on the floor, a quivering mass, blood streaming from his nose and mouth.

As Moses, the bar owner, and Panches, the other bouncer, muscled their way to the stage, the crowd stepped back, muttering in amazement. Moses reached out to seize Lexie when the stranger spoke. His voice was astonishingly calm, given the melee surrounding them.

“Touch her and it’s the last thing you will do.”

Moses’ face flushed an angry red. He sputtered, “What the fuck!” but stepped back when the man leapt on the stage and strode toward him.

Encompassing Panches in his menacing glare, the stranger said, “You heard me. Either one of you touches her and you are a dead man.”

He locked his eyes on theirs, daring them to move. Stripping off his jacket, he eased toward Lexie and wrapped the fleece around her shoulders. Lexie gasped when he pulled her up next to him and put a protective arm around her. Through the din in her ears, she recognized his voice. She knew it, but refused to believe it was him.

Moses shrieked, sputtering with rage, “Who the fuck do you think you are? That’s my property you are manhandling. Let go of her now, you son of a bitch, or so help me God, the police will be here any minute and…”

The man held up his hand and stopped Moses in mid-sentence. His voice was soft, threatening.

“Who am I? I am the man who is taking my sister out of this hellhole.” He added, “My sixteen year old sister.”

He stared at Lexie. She cringed at his angry glare.

“Fuck, man, she told me that she was eighteen. She had an ID.”

He backed away from the big man and held up his hands.

“Christ, dude. You think I’m gonna take a chance like that? Ruin my whole fucking business hiring a little… p…”

The ugly word died in his throat when the blond man grabbed him. Twisting his shirt front in a tight fist, he dragged Moses up close to him. Moses’ face was purple, his eyes bugging out as he struggled helplessly to free the big man’s grip.

The blond man’s eyes were like ice, his expression savage. “What do I think? I think you’d hire a fourteen year old girl if she was desperate enough, hungry enough to shed her clothes for a bunch of perverted assholes who get off seeing vulnerable kids naked.”

Shoving Moses back against Panches, the man broadened his angry gaze to include the customers close to the stage.

“To be clear, I’m also the man who will kill anyone who stands in my way.”

Turning back to Moses, he glowered, “And, you, you disgusting piece of pigshit. Don’t bother to call the police. They’re on their way. A better idea is to call your lawyer. You better have a good one. There isn’t a court in this state that won’t shut down a skin joint that forces sixteen year old girls to strip.”

The big man half dragged, half carried Lexie off the stage. He looked over his shoulder, piercing the stunned bar owner with a fierce glare.

“In case, you’re wondering who is responsible for shutting you down, the name’s Beloi, Sergeant Anthony Beloi, Special Forces, U.S. Army.”

Anthony grimaced at her ragged jeans and dirty t-shirt. It was all he could find behind the makeshift stage. When he asked her where the rest of her things were, she just shrugged and refused to answer.

She hunched in the passenger seat, putting as much distance as she could between them. Looking at her out of the corner of his eye, Anthony almost grinned at her defiant glare.