Other Titles by Jayne Marlowe

Get A
Free Story 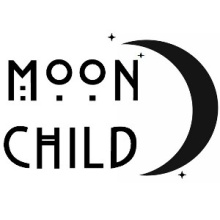 Big Man on Campus
is a work of
fiction. The names, characters, incidents, and places are entirely
the work of the author’s imagination. Any resemblance to actual
persons, living or dead, or events is entirely
coincidental.

This work
is intended only for adults over the age of 18.

All
characters represented are age 18 or over.

Many thanks to Susan, Piper, and
Stretch for their eagle eyes.

“
I checked my account
before close of business and the money was there,” Cass told her
partner over the phone. “That is it. Deal’s done.”

She
rolled her eyes as her partner fretted some more. “You’re always
like this, Matt. Will you relax? We both have twenty thousand
reasons to take a vacation.” She chuckled. “Now you can get Francis
that ring he’s always wanted, take him to Vegas, and make an honest
man out of him.”

The
waitress placed a drink in front of her and Cass smiled back in
appreciation.

“
I check out at noon tomorrow... Yes, I love me too. Remember
this the next time you doubt me,” she said with a smile. “See you
on Monday.”

She put
down her phone and leaned back into the booth, resisting the urge
to stretch her feet out and rest them on the bench seat opposite.
She had volunteered to supervise the contract signing and the
closing process for two reasons: it brought her back to Dallas—her
old stomping ground—and she would treat herself to executive
accommodations all the way. Usually, she travelled on a modest
budget, but the payoff on this deal would more than cover the
extravagance.

When she
had arrived last Monday, it wasn’t a done deal—but she had gambled
and opted to stay in one of the nicest hotels in Dallas. She was
that confident the deal would stick.

Her
gamble paid off.

The
hotel restaurant was starting to get busy for seven o’clock on a
Friday night. The place had the look of a hipster hotspot. The
decor was what she called Atomic Age Contemporary. The furnishings
had the sleek look of mid-century modern, but the color scheme was
quite tame and muted with only the occasional splash of bright
color. For example, the booth she sat in was a huge, canary yellow
arrangement in a sea of teal and taupe.

At any
other time she might have felt guilty about having such a large
booth to herself when she could see others waiting. Frankly, she
was amazed to have an appetite at all. But after having to deal
with Richard “Headbanger” Harvey all week and fend off his
less-than-subtle advances without offending him, she allowed
herself to be selfish.

She
didn’t mind using her sex appeal to seal the deal, but her partner
Matt said, more than once, how it was her fathomless, dark gaze
that cut through the bullshit of male posturing.

“
It’s almost predatory,” Matt had said. “They think they’re
dealing with some basic female and then discover that you got ’em
by their short and curlies.”

Cass had
laughed. She knew she could be intimidating, but she never heard
anyone describe it so eloquently before.

Men
these days made her tired. They either had too much nerve or not
enough. Her relationships rarely lasted more than six months before
it became wearisome, and after her final meeting with Headbanger
that afternoon, Cass was tired.

But she
still wanted to celebrate. She’d already seen her friends earlier
in the week. They were all married now and had small kids, so they
wouldn’t be free to hang out. It was probably for the best. Cass
wanted to celebrate, but not party. The only thing she didn’t want
to do was spend her last night in Dallas chilling in her hotel
room.

There
were plenty of things she could do alone: go to the movies, go bar
hopping...or go to the adult theatre and see if any of her old
playmates still haunted the place.

She
started her celebration by ordering the flank steak with new
potatoes. She didn’t want anything too heavy sitting on her stomach
in case she got up to something later. When it arrived, the steak
was perfectly tender and rare, exactly how she liked her
meat.

Finishing her meal, she contemplated desert and took a sip of
her Lemon Drop. The gin soothed her throat. An uproar of laughter
from a group of young men sitting just inside the adjoining bar
made her wince. She had noticed them when they came in an hour ago.
It was hard not to: a dozen tall, good-looking twenty-somethings
gearing up to paint Dallas red.

Cass
smirked. From what she could see, most of them had that
buttoned-down, loafer-and-khaki look of frat brats from the private
university down the road. These guys will have all come from money;
not bluebloods, but Republican Reds, the descendants of those who
would have frothed at the mouth and proclaim, “Better dead than
Red,” and yet, today...

“
Democrat Crips and Republican Bloods,” she said. It made her
laugh because she thought most politicians were thugs
anyway.

Her
phone vibrated on the table and she looked at the screen. It was a
text from Matt.

“
Geez, Matt, what the hell?” She picked up the phone and began
typing her reply.

She
looked up and gasped. Standing next to her booth was a young man
wearing a white button-down shirt, tight black jeans, and black
cowboy boots. If she didn’t know better, she would have mistaken
him for a server. His big, brown eyes looked back from underneath
the dark bangs of his mop-top haircut like that of The
Beatles.

She
regarded him as “young” not because she considered herself to be
old, but because he looked to be in his early twenties—a decade she
could now see in her rear-view mirror, if only recently—that and
the fact that he had been with those frat brats cloistered at the
bar. Her look turned into a scowl and he continued.

Now she
looked suspicious. “Usually when someone says that, it’s followed
by something rude.”

She
nodded slowly. “OK...what is it you have to tell me?”

“
I’m not sure if you’ve noticed, but I’m here with my
friends.” He threw a look over his shoulder towards the group of
frat brats.

“
Oh, I’ve noticed alright.” She frowned and didn’t care when
he caught her doing it. “Fraternity boys leave me cold.”

“
Well, I’d like to rectify that if I can,” he said. He put his
hand over his heart and gave a slight bow that, were it anybody
else, would look patronizing, but when he did it, the gesture
seemed sincere. “Like I said: don’t take this the wrong way, but I
think the best thing for me to do in this situation is to be
honest.”

Cass
felt the hair rise on the back of her neck. Just what the hell did
this kid have to say to her? Whatever it was, he’d better do it
fast. Her inner alarm system was starting to wake up. He must have
picked up on her agitation because he leaned forward and lowered
his voice.

“
The guys dared me to go out into the restaurant and pick a
woman to start talking to.” Her blank stare made him continue
quickly. “I hate to intrude, but may I sit down?” He made a move to
slide into the booth opposite her.

Cass had
half a mind to cuss him out and embarrass the shit out of him in
front of his friends, even if it made her look like a fool too, but
at that moment his expression was pleading, and those big, brown
eyes so full of apprehension, it made him look both endearing and
sexy. Not an easy task, considering her jaded opinion of
men.

After
letting him hang there, propped against the seat, half standing,
she finally nodded. “I would hate for you to lose face. What’s your
name?”

“
Adam Pierce.” Sliding into the booth, he held out his hand
and she shook it.

“
Cass Malloy. Where are you from?”

“
Really? What brings you all the way to Big D to go to school
rather than closer to home?”

“
The full scholarship, for a start. That and how I’d never
been to Dallas apart from driving through it.”

“
Scholarship, eh? Football?” He didn’t have what she’d call
the typical physique of a football player. He was maybe six feet
tall, if that, with an average build. Perhaps he was a kicker. But
when Adam pressed his lips into a grim line, Cass figured her
assumption was one everyone made—and it was wrong.

She
nodded, impressed. “Aren’t you a bit old to be playing Truth or
Dare? Or is this what passes for entertainment for you frat guys
these days? Cruising the bars and restaurants and scoring for
points?”

She
didn’t mean to sound like an interrogation, but couldn’t help it.
Although polite, he was bold. Bolder than most men she’d
encountered lately—“Headbanger” Harvey notwithstanding. Harvey
wasn’t bold—he was a nuisance and lacked the charm and composure
young Mr. Adam Pierce exhibited.

“
Well, for starters, I’m not in the fraternity—my roommates
are. Several of us live in The Village. Besides...I would have
approached you anyway.”

Enraptured by Elisabeth Naughton
The First Day of School Mystery by David A. Adler
A Wishing Moon by Sable Hunter
100 Days by Nicole McInnes
The Man in the Rockefeller Suit by Mark Seal
Fallen by Leslie Tentler
Tap Out by Michele Mannon
The Children of Willesden Lane: Beyond The Kindertransport: A Memoir of Music, Love, and Survival by Mona Golabek, Lee Cohen
Among Thieves by Hulick, Douglas
Uncertain Allies by Mark Del Franco