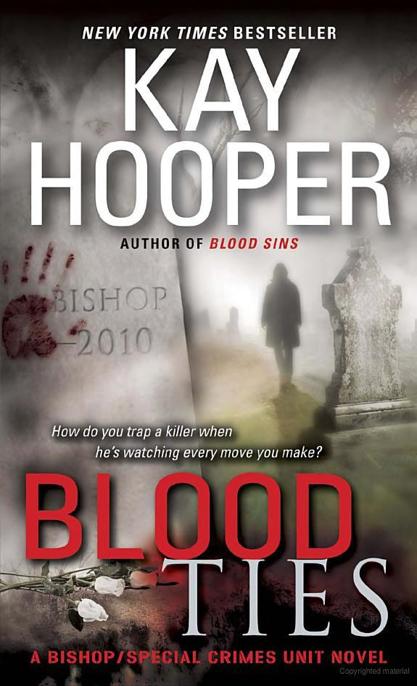 THE QUINN NOVELS
Once a Thief
Always a Thief

In Serena’s Web
Time After Time
Larger than Life
The Wizard of Seattle
Rebel Waltz
If There Be Dragons
The Haunting of Josie
Illegal Possession
C.J.’s Fate

“I don’t want to hear.” She kept her eyes down, staring at her bare feet. Her toenails were painted pink. Only not here. Here, they were gray, like everything else.

Everything except the blood. The blood was always red.

She had forgotten that.

You have to listen to us
.

We
can help you
.

“No one can help me. Not to do that, what you’re asking me to do. It’s impossible.” At the edge of her vision, she saw the blood creeping toward her and immediately took a step backward. Then another.
“I
can’t go back now. I can never go back.”

“I
was at peace. Why didn’t you leave me there?” She felt something solid and hard against her back and pressed herself against it, her gaze still on her toes, so much of her awareness on the blood inching ever closer.

Because it isn’t finished
,

“It was finished a long time ago.”

C
ASE EDGERTON RAN
along the narrow trail, aware of his burning legs but concentrating on his breathing. The last mile was always the hardest, especially on his weekly trail run. Easier to just zone out and run when he was on the track or in his neighborhood park; this kind of running, with its uneven terrain and various hazards, required real concentration.

That was why he liked it.

He jumped over a rotted fallen log and almost immediately had to duck a low-hanging branch. After that, it was all downhill—which wasn’t as easy as it sounded, since the trail snaked back and forth in hairpin curves all along the middle quarter of this last mile. Good training for his upcoming race. He planned to win that one, as he had won so many his entire senior year.

And then Kayla Vassey, who had a thing for runners and who was remarkably flexible, would happily reward him. Maybe for the whole summer. But there’d be no clinging to him afterward; she’d be too busy sizing up next year’s crop of runners to do more than wave goodbye when he left in the fall for college.

Sex without strings. The kind he preferred.

Case nearly tripped over a root exposed by recent spring rains and swore at his wandering thoughts.

Concentrate, idiot. Do you want to lose that race?

His legs were on fire now and his lungs felt raw, but he kept pushing himself, as he always did, even picking up a little speed as he rounded the last of the wicked hairpin curves.

This time, when he tripped, he went sprawling.

He tried to land on his shoulder and roll, to do as little damage as possible, but the trail was so uneven that instead of rolling he slammed into the hard ground with a grunt, the wind knocked out of him, and a jolt of pain told him he’d probably jammed or torn something.

It took him a few minutes of panting and holding his shoulder gingerly before he felt able to sit up. And it was only then that he saw what had tripped him.

Incredulous, he stared at a hand that appeared to belong to a man, a hand that was surprisingly clean and unmarked, long fingers seemingly relaxed. His gaze tracked across a forearm that was likewise uninjured, and then—

And then Case Edgerton began to scream like a little girl.

“Y
ou can see why I called you in.” Sheriff Desmond Duncan’s voice was not—quite—defensive. “We’re on the outskirts of Serenade, but it still falls into my jurisdiction. And I’m not ashamed to admit it’s beyond anything the Pageant County Sheriff’s Department has ever handled.” He paused, then repeated,
“Ever.”

His training and experience told Des Duncan to shut up and let her concentrate on the scene, but his curiosity was stronger. He hadn’t known what to expect when he contacted the FBI, never having done so before, so maybe any agent would have surprised him. This one definitely did.

She was drop-dead gorgeous, for one thing, with a centerfold body and the face of an exotic angel. And she possessed the most vivid blue eyes Duncan had seen in his life. With all that, she appeared remarkably casual and unaware of the effect she was having on just about every man within eyesight of her. She was in faded jeans and a loose pullover sweater, and her boots were both serviceable and worn. Her long gleaming black hair was pulled back into a low ponytail at the nape of her neck. No makeup, at least as far as he could tell.

She had done everything short of taking a mud bath to downplay her looks, and Des still had to fight a tendency to stutter a bit when speaking to her. He wasn’t even sure she had shown him a badge.

And he was nearly sixty, for Christ’s sake.

Wary of asking the wrong question or asking one the wrong way, he said tentatively, “I’m grateful to turn this over to more experienced hands, believe me. I naturally called the State Bureau of Investigation first, but… Well, once they heard me out, they suggested I call in your office. Yours specifically, not just the FBI. Sort of surprised me, to be honest. That they suggested right off the bat I should call you folks. But it sounded like a good idea to me, so I did. Didn’t really expect so many feds to respond, and I sure as hell didn’t expect it to be so fast. I sent in the request less than five hours ago.”

“We were in the area,” she said. “Near enough. Just over the mountains in North Carolina.”

“Ongoing. But not really going anywhere, so coming over to check this out made sense.”

Duncan nodded, even though she wasn’t looking at him. She was on one knee a couple of feet from the body—what was left of the body—her gaze fixed unwaveringly on that.

He wondered what she saw. Because, word had it, the agents of the FBI’s elite Special Crimes Unit saw a lot more than most cops, even if the what and how of that was rather vaguely defined.

What Duncan saw was plain enough, if incredibly bizarre, and he had to force himself to look again.

The body lay sprawled beside what was, among the high school track team and some of the hardier souls in town, a popular hiking and running trail. It was a wickedly difficult path to walk at a brisk pace, let alone run, which made it an excellent training course if you knew what you were doing—and potentially deadly if you didn’t.

There were numerous cases of sprains, strains, and broken bones in this area year-round, but especially after the spring rains.

Still, Duncan didn’t have to be an M.E. or even a doctor to know that a fall while running or walking hadn’t done this. Not this.

The dense undergrowth of this part of the forest had done a fair job for the killer of concealing most of the body; Duncan’s deputies had been forced hours before to carefully clear away bushes and vines just to have good access to the remains.

Which made it a damn good thing that this was obviously a dump site rather than a murder scene; Duncan might not have been familiar with grisly murders, but he certainly knew enough to be sure the feds would not have been happy to find their evidence disturbed.

Evidence. He wondered if there was any to speak of. His own people certainly hadn’t found much. Prints were being run through IAFIS now, and if that avenue of identification turned up no name, Duncan supposed the next step would be dental records.

Because there wasn’t a whole lot else to identify the poor bastard.

His left arm lay across part of the trail, and it was eerily undamaged, unmarked by so much as a bruise. Eerily because, from the elbow on, the damage was… extreme. Most of the flesh and muscle had been somehow stripped from the bones, leaving behind only bloody tags of sinew attached here and there. Most if not all of the internal organs were gone, including the eyes; the scalp had been ripped from the skull.

“Any ideas what could have done this?” Duncan asked.

“No sane ones,” she replied in a matter-of-fact tone.

“So I’m not the only one imagining nightmare impossibilities?” He could hear the relief in his own voice.

She turned her head and looked at him, then rose easily from her kneeling position and stepped away from the remains to join him. “We learned a long time ago not to throw around words like
impossible.”

“That one too. ‘There are stranger things in heaven and earth, Horatio….’ “Special Agent Miranda Bishop shrugged. “The SCU was created to deal with those stranger things. We’ve seen a lot of them.”

She smiled, and he was aware yet again of an entirely unprofessional and entirely masculine response to truly breathtaking beauty.

“Because,” a new voice chimed in, “you’re likely to hear all of us referring to Bishop, and when we do we’re talking about Noah Bishop, the chief of the Special Crimes Unit.”

“My husband,” Miranda Bishop clarified. “Everybody calls him Bishop. So please do call me Miranda.” She waited for his nod, then turned her electric-blue-eyed gaze to the other agent. “Quentin, anything?”

“Not so you’d notice.” Special Agent Quentin Hayes shook his head, then frowned and pulled a twig from his rather shaggy blond hair. “Though I’ve seldom searched an area with undergrowth this dense, so I can’t say I couldn’t have missed something.”