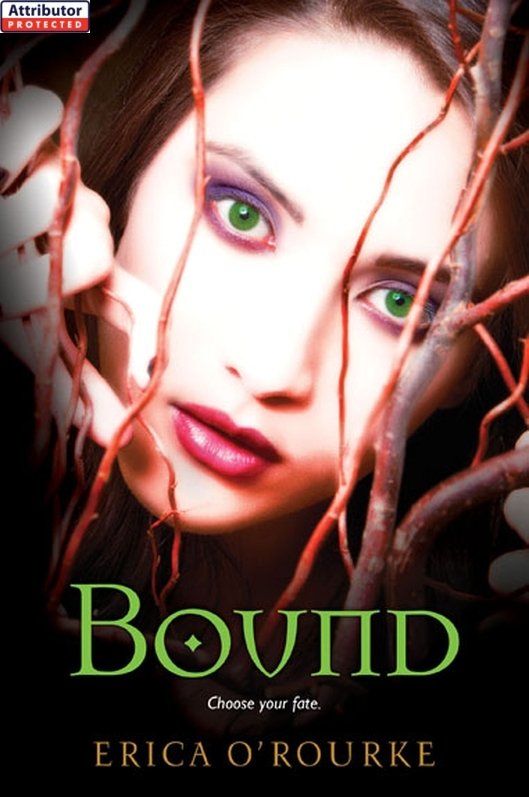 I never saw the attack coming.
The streetlight flickered and went out with a pop. In the next instant, the bare lightbulbs flanking Morgan’s back door went dark, and the air filled with shadows and rustling.
Darklings.
I sprang up. The street behind Morgan’s was narrow—barely wide enough for a delivery truck to squeeze through—and the creatures coming for me swarmed across the pavement gracelessly, a feral cluster. A screech rang out as one of them dragged a talon across a Buick, sparks bright against their black robes.
Two options: I could try to outrun them—Darklings rarely hunted in populated areas, especially if there was no raw magic to draw them. If I could make it to Western Avenue, with its lights and traffic and witnesses, they might call off their pursuit.
The second option was to duck back into Morgan’s—but that would mean running directly toward them.
And there was a third choice. Luc.
Also by Erica O’Rourke
Torn
Tangled
B
OUND
ERICA O’ROURKE

Her Stepbrothers Are Werewolves by Trinity Blacio
The ETA From You to Me by Zimmerman, L
Helmet for My Pillow: From Parris Island to the Pacific by Robert Leckie
We Ended Up Together by Makers, Veronica
SEAL's Baby (Navy SEAL Secret Baby Romance) by Naomi Niles
Princess Ever After (Royal Wedding Series) by Hauck, Rachel
The Invisible Man by H. G. Wells
Penguin Guide to the United States Constitution: A Fully Annotated Declaration of Independence by Richard Beeman
The Pact by Jennifer Sturman
Remnant: Force Heretic I by Sean Williams