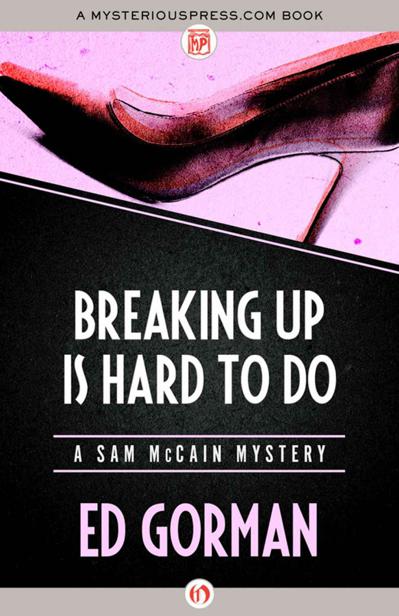 TO THE JACKSON FAMILY

And in memory of Peg and Jack

“It’s impossible to make people today understand what the Cuban Missile Crisis was like for the average American, Russian and Cuban. Nuclear holocaust was very much a real possibility. And it could have happened at any moment.”

H
E DIDN’T CALL AHEAD
for an appointment. He didn’t knock. He just eased himself through my partially opened office door and said, “I’ve got a little business for you, Mr. McCain. I mean, if you’re interested.”

He scared me. When I describe him you’ll wonder what I’m talking about. How somebody his size and his manner could scare me. I’m no tough guy but I was surely tougher than he was. And yet I got spooked because he was so odd, so wrong somehow.

There was something unclean about him, dusty, that pale complexion, those dead grey eyes, the heavy black topcoat that fit him hobo-like. And yet it wasn’t frayed or dirty. And the voice that wasn’t much more than a whisper. I’d heard that a lot after both wars. Men who’d had their throats and larynxes damaged. He was a black-and-white photo in an old, old book come mysteriously to life.

And in case you think this spectral appearance took place during a window-rattling midnight thunderstorm—it was eight-thirty a.m. on a sunny October day.

He held up a small package the size of a cigar box. It had been wrapped with manila paper and sealed with Scotch tape.

“It’s an easy two hundred and fifty dollars, Mr. McCain. I just want you to deliver this to somebody.”

“You check out people all the time.”

I nodded to the package. “What’s in the box?”

“That’s irrelevant. It’s nothing that can hurt anybody. Not physically, anyway.”

“And why can’t you deliver this package yourself?”

“I have my personal reasons.” He hesitated. He was a hesitant man.

He pushed his rimless glasses up his small freckled nose and smiled. “It involves a woman. She—” He paused. He sat in front of the desk in my dusty little law office; maybe five foot five and 125 pounds and a sort of squint half the time. He glanced at the framed degrees of law on the wall. “I don’t think I’ve ever heard of a lawyer who was also a private investigator.”

I’d gotten to the office early because I had to be at the courthouse at ten this morning and wanted to clear my desk of paperwork that was piling up. They warn you about a lot of things in law school but somehow they never get around to paperwork.

He sat. He squinted. He sniffled. He said, “Allergies.”

He’d brought in a briefcase, which he now lifted and sat on his lap. He opened it, delved inside and pulled out what appeared to be an 8 x 11 black-and-white glossy photograph like those that celebrities hand out. Somewhere in a box I have several glossies like that of Gene Autry and Roy Rogers. They’re autographed. I have a glossy of Lassie, too. She didn’t autograph hers.

He handed me the photograph. I looked at it and said, “You ever see the movie
Laura?”

“Many times. And I know just what you’re going to say.”

“Of course. You looked at her just now for the first time and you’re intrigued. Just the way Dana Andrews was intrigued.”

“Then why show me the photo?”

“I wanted you to see who you’d be delivering the package to.”

“I’d have to know more than that.”

His eyes scanned my office again. “No offense, Mr. McCain, but you don’t look awfully successful.”

“I pay my bills every month.”

“You can use the money. And for the money I’m offering, you’d be foolish to turn it down. And in checking you out, I didn’t get the impression you’re foolish.”

I was thinking of what I could do with the money. It represented about a third of my monthly income. I didn’t care for him or the reason he wanted to hire me but delivering a package probably couldn’t get me in a whole lot of trouble.

“You couldn’t deliver it yourself, huh?”

“It’d be more dramatic if somebody else delivered it.”

“Western Union’d be a lot cheaper than two hundred and fifty dollars.”

“Western Union—anybody can use Western Union. This has to be special, Mr. McCain. You’re a movie fan. I don’t have to tell you how a dramatic gesture can get to a woman.”

“She break your heart, did she?”

He laughed. It was an unpleasant sound somehow. “Something like that.” He tapped the box. “She goes out during the day but you can catch her at home tonight.”

“Yes, but I’m not sure where. That’s why night is safer.”

“You have a first name?”

“You know you need the money, Mr. McCain.”

I snapped my finger. “Peter Lorre.”

“I used to consider that an insult. The older I get, I don’t mind so much. Better I remind you of a movie star than just some nobody.” Then: “I’m in a hurry, Mr. McCain.” He stood up, closed his briefcase. Extracted from his overcoat a white number 10 envelope. No writing on the front. “Twelve twenties and two fives.” He shoved the envelope over to me.

I stared at it and then picked it up.

He said, “I need it delivered tonight, Mr. McCain.” He pulled his briefcase from the desk. Walked to the door. “You’ve made me want to see
Laura
again. Too bad it’s not showing somewhere around here.”

Then he was gone. I picked up the envelope and counted the money, way too much money for so little work. Way too much.

“A
LL WE CAN DO
is plead guilty and hope for the best, Lumir.”

“That’s crazy, Lumir,” I said. “You were driving drunk. And you were alone. How could I say you were framed?”

“Maybe somebody slipped somethin’ in my drink.”

“C’mon, Lumir. We don’t want to screw around. This is your second drunken driving charge.”

“I seen this here show on the TV.”

“Where they claimed this guy went bat-shit for a while and couldn’t be held responsible. What’s that called?”

“I think you had it right, Lumir. I think that’s the technical term for it. Going bat-shit.”

Lumir of the sleeveless catsup-and-mustard-stained T-shirt said, “It is?”

“‘Temporary insanity’ is what it’s called, Lumir. And we don’t have a chance. Now shut up and let’s go inside.”

“You tell me t’shut up one more time, McCain, and I’m gonna throw you through a window.”

“And here I was going to invite you to my birthday party, Lumir. My mom said I could invite all my extra-special friends.” When you’re the least successful lawyer in town, you usually get the dregs for clients. Lumir hadn’t worked up to the dreg level yet. He still had miles to go before he slept.

I tried to walk off my time with Lumir. My little town has a good number of nooks and crannies dating back to the time when the Mesquakie Indians still roamed the prairies and when Thanksgiving was a communal feast in the Presbyterian church. There was, believe it or not, some peremptory coal mining, so a short-haul railroad was built, the roundhouse of which is now the town market; and there was a blacksmith’s barn so big that they had square dances there twice a month. The barn had been refurbished a couple times since it had been built. We wanted to hang on to it.

Two blocks from my office I saw Abe Leifer suddenly tap his chest and sit down quickly on the edge of a bus bench. Abe is the State Farm insurance agent. He’s handled my family’s insurance since the day my older brother—now alas long dead—was born.

Abe was in his late fifties. You usually saw him in one of three brown sportcoats, each subtly different from the other, a white tab-collared shirt and brown slacks. He was a nice-looking man the local barbers always pointed to as an illustration of “a beautiful head of hair.”

Right now, he was pale, sweaty and breathing hard.

He had put on maybe thirty pounds in the last five years or so. Between his fingers, a Winston burned. Extra weight and cigarettes and middle age are not a good combination.

Just about everybody liked Abe. He’d been wounded twice in the war and as a result spent time occasionally in the Veterans hospital in Iowa City.

A few people stopped to see how he was doing.

“You doing okay there, Abe?”

“Did you fall down or something, Abe?”

“Is he all right, Sam? What happened here?”

“He just got a little winded is all.”

“He works too hard. You know Abe.”

During the course of fifteen minutes, he got his wind and his color back. He started to look the way he should. But I still didn’t want to leave him alone. Especially after I saw him try to stand up. His knees were wobbly.

“The hospital. Two shorts blocks away.”

“You have a choice, Abe. You can walk beside me or I’ll carry you and people’ll think you’re my bride.”

I took him to the emergency room. While I waited for them to call his wife Helen and check him out, I wandered down the hall where I saw Peggy Leigh and Deirdre Murdoch standing outside an office marked Volunteers.

Peggy Leigh, who always tells you as part of her introduction that she’s not the singer Peggy Lee, is well known in town for being able to get everybody of whatever status to give time or money to the hospital volunteer office. She’s one of those short, square-yet-attractive women whose severe gazes can melt steel if need be. You never see her in anything but her uniform which is a blue blazer, white blouse, lighter blue skirt, hose, and flats.

She smiled and said, “Deirdre. Watch out for this guy. He has a way with women. Especially when he gets you in that car of his.”

“I’ve got a neat new car myself,” Deirdre said. “The only trouble is, I have to share it with my Mom. Dad won’t let her have her own car.” She smiled. “She does tend to get into accidents.”

The phone rang inside the office. Deirdre excused herself and rushed into the office.

“She’s getting off early today so she’s working extra hard,” Peggy said. “She works plenty hard as it is.” Then: “Pretty, no?”

“Very. The one and only Ross Murdoch.”

“Oh, you Democrats. When will you admit that this is a Republican state?” She was also a tireless Republican volunteer.

“The state’s changing, Peggy. Won’t be Republican much longer.”

Just then I saw Helen Leifer rush into the emergency room.

Helen came over to me and took my hand. Her entire body was shaking. “Thanks for being such a good friend, Sam.” She was a sweet-faced little woman bundled up inside a massive tan storm coat that she’d bought at Monkey Wards. I knew that because my mother had one just like it.

The Breakup by Debra Kent
The Savage Marquess by M.C. Beaton
About the Night by Anat Talshir
Scarlet Lady by Sara Wood
Open Roads by Zach Bohannon
The Last Kingdom by Bernard Cornwell
The Big Bad Boss by Susan Stephens
The Dead Zone by Stephen King
Dare Game by Wilson, Jacqueline
Mystery on the Ice by Gertrude Chandler Warner