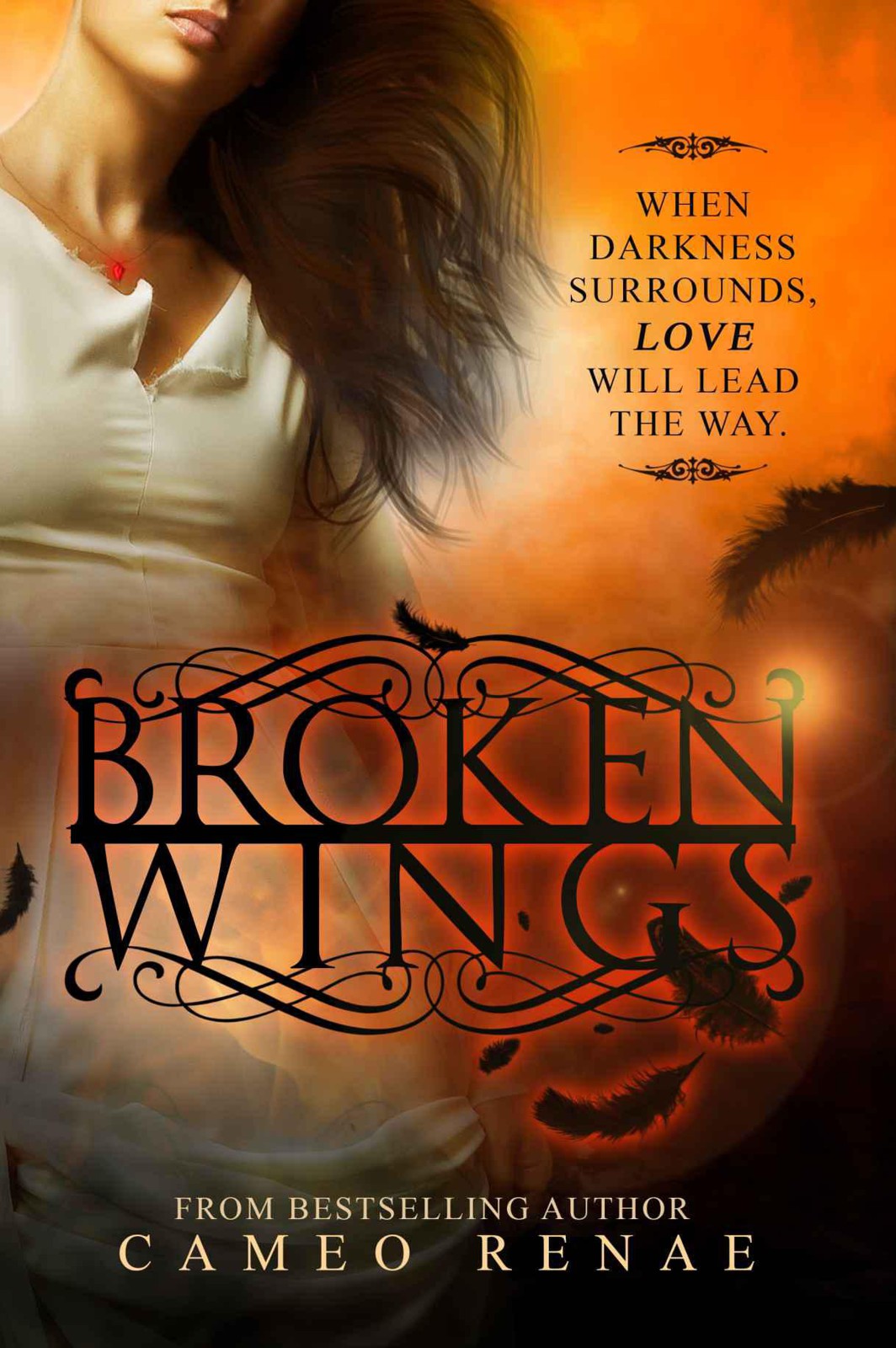 This Book is sold subject to the condition that it shall not, by way of trade or otherwise, be lent, re-sold, duplicated, hired out, or otherwise circulated without the publisher’s prior written consent in any form of binding or cover other than that in which it is published and without similar condition including this condition being imposed on the subsequent purchaser.

Cover by Mae I Designs

This book is dedicated to all of my readers. To all of those who have entered my crazy dream world and brought my adventures and characters to life. Thank you for your kind words of encouragement, and for your enthusiasm. You make writing such an enjoyable experience, and I hope you’ll stick around for more. Just remember to buckle up.

And as always…a special thank you to my beta readers, Karla Mathis Bostic, Kimberly Royals Belden, Heather Adams, and to my editor, Sarah Davis, who have taken the time to scour through my writing and make it shine. I love you ladies!

My sweaty palms clasped over my face as I
blacked out and fell to the floor with a thud. I felt nauseous and overwhelmed as everything hit me at once, spinning out-of-control in the whirlwind of what had now become my life.

Everything
that had happened over the past few days suddenly flashed before me. The car crash which killed my parents, finding out they weren’t my birth parents, barely surviving the accident myself, healing at an astounding rate, Kade and all the bewildering feelings associated with him, finding out who my birth parents were, and lastly… the Darkling and Fallen Angels who were trying to kill me.

M
y birth mother, Alaine, is what they call a Nephilim… half-human, half-angel. My birth father, Samuel, is a Pureblood…a Fallen Angel. Everyone thought he was murdered by the Fallen for breaking the law. There is a binding angelic law, which applies to both Angel and Fallen, a law that clearly states that a Pureblood can only mate with a Pureblood. Break this law, and the penalty is death.

Because Alaine
is a Halfbreed, their relationship is highly forbidden. So, when someone found out and ratted on them to one of the Fallen leaders, Samuel was sentenced to death. But somehow he survived, and after a long recovery he returned to the mortal world. No one knew he was alive because he stayed hidden to keep Alaine safe.

Last night,
he and his best friend Danyel were captured by the Fallen for trying to protect me. I was just trying to stay alive, and help my Guardians attempt to rescue Caleb, a mortal boy who was left in Alaine’s care. One of the Darkling kidnapped him and offered him in exchange for me. My life has been one messed up, twisted nightmare since I arrived in this place called Alaska.

W
hy is this all happening?

Because
Lucian, one of the elders of the Fallen, is a psychopath on a power trip. His friend/ally was killed by a Nephilim, so he vowed to have every last one on the planet executed. It was their fault for messing with the power of the Nephilim to begin with. So now, because of that one stupid act, Alaine and I have supposedly become the last surviving Halfbreeds. Or, at least she is.

I am
something a little different. Something which had never existed until now… half-Nephilim and half-Pureblood, and the Pureblood part of me was that of a Fallen Angel.

The ful
l extent of what I would become would be revealed when I turned eighteen, and whatever it was, was making me a target. They say that I could very well become something greater and stronger than the Angels themselves, if in-fact, I was “the one”.

The Midway
, a place where Guardians await their missions, sent six of their best to protect Alaine once they heard of Lucian’s murderous plot. Those Guardians included Kade, Malachi, Dominic, Alexander, Thomas, and James.

James was Alaine’s personal Guardian, but t
onight they
all
risked their lives, time and time again, to save us.

Right now, w
e are trapped in a deep underground bunker, and outside is crawling with the Fallen and Darkling who were ordered to kill us.

Kade
managed to escape, and was trying to get back to the Midway for help. I can only pray for his safety and hope he’ll come back soon. I can’t stop thinking about him, and know I won’t until he returns.

The evil that lurks
right outside hasn’t found a way in, but we all know that it’s just a matter of time.

Malachi’s
eyes are fixed on a small screen which gives him access to see what was going on outside. There are six different camera views and every one, now and then, flashes a Darkling, still desperately trying to find a way in.

There’s
no sign of the Fallen, but they’re smart. They use the Darkling to do their dirty work. We all knew they were still out there, waiting until their pawns found a way in, or waiting for us to come out.

I glance
at Alaine through the bedroom doorway. She looks weary, and is still trying to keep Caleb stable and alive. Her hands are covered with blood, but she is still unwavering in her tasks, because Caleb is mortal. He cannot heal quickly like the rest of us.

James
, her Guardian, is at her side, assisting her. I could tell they’ve worked a lot together, because whenever she calls for a medical instrument, he immediately hands it over.

Caleb
and his sister Courtney were taken in by Alaine after their mother passed away. Earlier tonight, he was kidnapped, but we did manage to rescue him and bring him to safety. When everything seemed clear, he returned with a few of the Guardians, back to Alaine’s home to check on his younger sister, Courtney. On the way, they were attacked by the Fallen, and now his life is dangling by a thread.

Danyel is in the room next to them, but his doo
r has been shut since he stepped inside. He and Samuel were captured, and badly beaten by the Fallen. I don’t see any light in the crack of the doorway, so I’m assuming that he’s sleeping.

Sleep. I don’t think
I’ll know the meaning of that word for a while.

“Damn, those stinking evil bastards!” Malachi yelled, pounding his fist on the table. “They just took out one of our cameras!”

He was referring to the Darkling
, because they stink like the crap holes they drug themselves out of. And when I say stink… it’s an indescribable stink which burns your nostrils and makes your eyes water.

“Hey, are you alright?” Dominic asked, kneeling down beside me.
“You hit that floor like a ton of bricks.”

“Yeah, I
just-” I couldn’t speak. The sudden rush of tears which flowed from my eyes became my answer. It was all too much to bear.

“Hey, it’s alright
, Emma. Don’t worry about the floor. It’s fine,” Dominic jested. He offered me his hand, pulled me up off the floor, and then assisted me to one of the couches. I sank down into the fluffy beige cushions, and pulled a throw blanket over me. “You should really get some sleep.”

“
He’s right, Emma. There’s nothing we can do but wait.” The voice was coming from Samuel, my father. Just the thought… my father… seemed so completely odd.

I quickly wiped my face dry
and took in a deep breath.

Samuel walked over and joined us
in the living room, plopping down on the other couch. As he landed he winced in pain. He’d broken a few ribs from his recent encounter with the Fallen, but he still managed to smile to try and cover the pain. Earlier tonight was the first time he and I were formally introduced. We’d met a few times, but I never knew who he was, and he was knocked out when we arrived here. His room had now become the operating room.

“
I guess I’ll be sleeping out here tonight,” he said.

“No,
please take the last room. You need it much more than I do. I’m going to stay out here tonight,” I answered. Samuel deserved a warm bed, especially with his injuries.

J
ust then, I realized how little I knew about him. I knew absolutely nothing besides his name and that he was my birth father. There were so many unanswered questions… seventeen years’ worth of them.

“
No. I can’t take your room, Emma,” he replied. I knew he was just being polite.

“
Suit yourself. I’m already stuck in a comfortable position, so that comfortable bed in there will be totally wasted.”

“Y
ou’re too kind, Emma, even though I know you’ve done it on my account.”

“
I’m not. I swear. I really want to be out here anyway. I like the couch. It’s much softer than the bed,” I said with a smile.

The real reason
I wanted to be on the couch was because I wanted to be close to the door, just in case Kade came back with reinforcements. I had to know that he was okay.

“Thank you
, Emma. I appreciate it,” Samuel said. He slowly rose off of the couch, and then walked over and gave me a quick kiss on the top of my head. I wondered if he knew the real reason I was staying.

“Good night
, sweetheart.” He shuffled off into the room and snapped the door shut behind him.

Malachi was
on watch, and his eyes were glued to the rest of the working monitors.

M
y mind was focused on one thing… Kade.

Had he made it to the place
they called the Midway, or was he captured, or hurt?

Would he be bringing
help?

A
s those thoughts ran through my mind, so did the memories of my parents. My mortal parents. I missed them so much that the thought instantly torched my heart. Before the full pain began to set in, Malachi spoke.

“Don’t
worry, Emma. Kade will be fine,” he said, as if he could read my mind.

“How far is the Midway?”

“There is a porthole about 80 miles away.”

Lured to the Night (The Brotherhood Series Book 4) by Adele Clee
Cold-Hearted by Christy Rose
Moonlight Man by Judy Griffith Gill
The Rhythm of Rain by C. L. Scholey
The Pearl Quest by Gill Vickery
Master and Margarita by Mikhail Bulgakov
Carla Kelly by Borrowed Light
A Santini Christmas by Melissa Schroeder
I Am Margaret by Corinna Turner
The Haven: A Novel by Williams, Carol Lynch