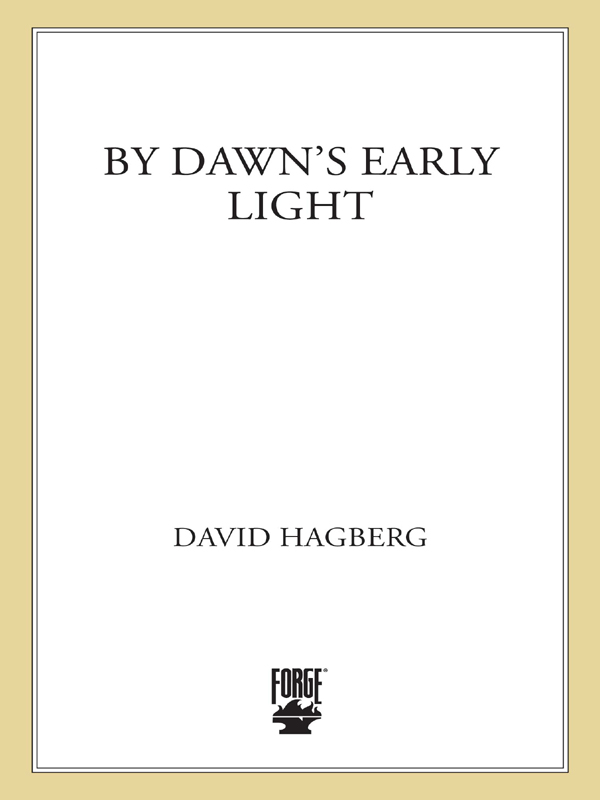 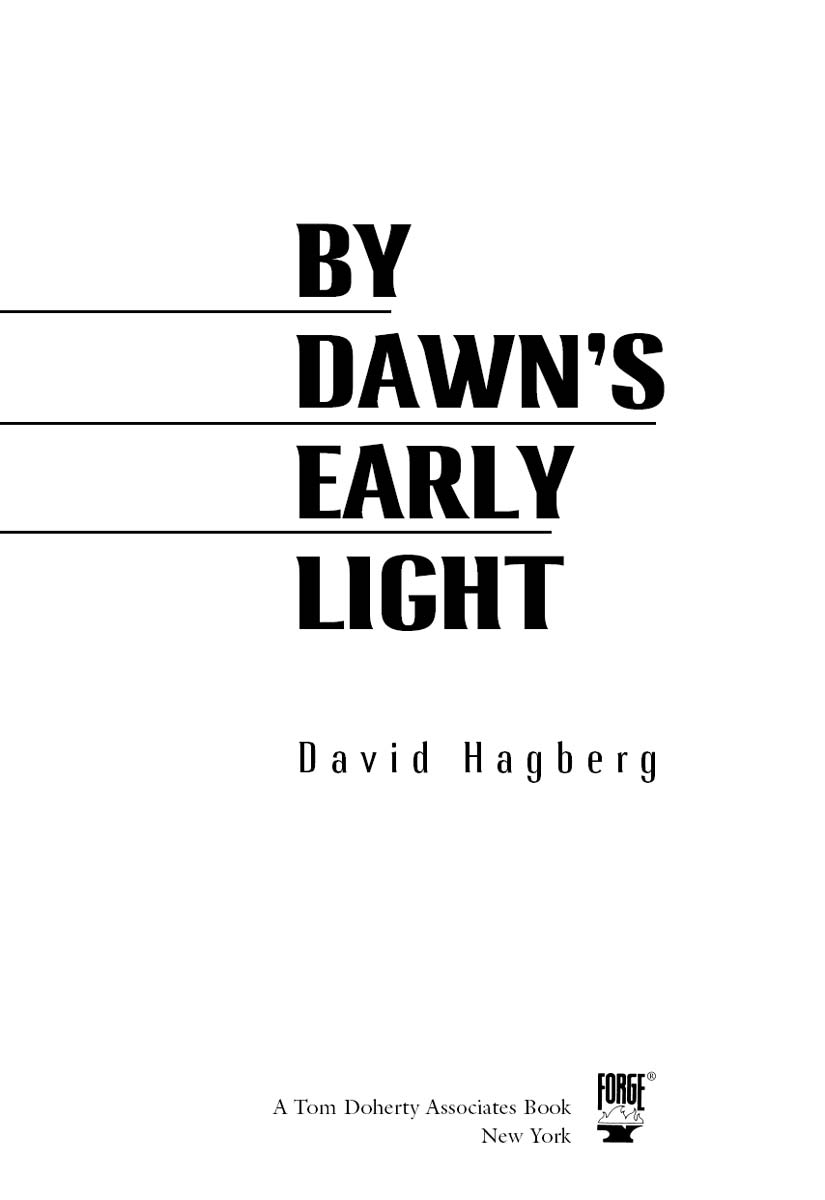 Copyright infringement is against the law. If you believe the copy of this e-book you are reading infringes on the author's copyright, please notify the publisher at:
us.macmillanusa.com/piracy
.

This book is for Lorrel

Into the Tiger's Lair

Even three hundred kilometers offshore from Calcutta, in three thousand meters of water, the sea was stained brown by garbage. The 197-foot oceanographic research ship
Eagle Flyer
made her way slowly to the northeast, roughly parallel to India's east coast, wallowing in the long, oily swells.

Marcella Wallner, a slightly built, plain, almost tomboyish looking blonde, had not been able to sleep despite the air-conditioning in her cabin. The sun was just rising on the horizon and already the outside temperature was one hundred degrees Fahrenehit. But she wasn't tired. She had been out here studying sharks for almost two months with another month to go, and she was still excited. This was exactly what she wanted to be doing, skippering a research vessel, in exactly the right part of the world, the Indian Ocean.

She had sent the night watch below, and sat in the pilot's chair, propping her tiny boat shoes on the compass binnacle. Dawn was her favorite time of the day, when the world was as fresh as it would get; quiet, clean, brand-new like a first love. She chuckled aloud.

Someone came onto the bridge from the research center behind her. She saw his reflection in the window glass. “I thought that I was the only one who couldn't sleep,” she said.

“What was so funny?” her chief scientist, Dr. John Simensen, asked. The crew called him Long John because of his tall, lanky frame. Marcella thought he was attractive. They had been sleeping together for the past two weeks.

“I thought maybe I was going crazy. It's going to be hot today, the air stinks, the ocean is like a cesspool out here and I'm loving it.”

“You
are
crazy,” Simensen said. He kissed the nape of her neck and she shivered. “But the rest of us are crazy too. Any hits on the side-scan overnight?”

“I didn't check.” A common belief was that sharks never slept. If that were the case they would be detected by side-scan sonar in roughly the same numbers twenty-four hours a day, unless something else was going on. But it wasn't true. Sharks were just like every other animal; they slept. They even took catnapsâor shark naps.

With their side-scan sonar on, actually there were two units, one on each side of the ship, and recording as they moved slowly through the water. They were searching a swath of ocean a hundred meters on either side of the ship to a depth of one hundred meters. The sharks were easy to pick out by their distinctive shape and characteristic cruising patterns.

But they picked out other objects as well: Japanese fishing floats and nets, waterlogged debris that cruised a few meters beneath the surface, and other marine life. The ocean from just under the surface of the waves to a depth of one hundred meters or more was a very busy place.

The water here was as polluted as any deep ocean spot was in the world, so they were also collecting shark specimens for Mote Marine in Sarasota, Florida. Sharks did not get cancer no matter how terrible their environment was, and no one could figure out why. Maybe they produced a special antibody, maybe it was something genetic, or perhaps in their feeding habits. The answer, if it could be translated into something useful for humans, would win someone the Nobel Prize. At thirty-nine years old and newly divorced, Marcella was happy as a clam to be right in the middle of such an operation, and to be sharing it with an interesting, bright, vibrant man.

Simensen started to go back into the research center, but his attention was diverted out the windows to port. “What the hell.” He took a pair of binoculars out of the rack and raised them to his eyes.

Marcella sat up and looked to see what had got his attention. The air was hazy. The horizon was an indistinct blur against the ripple-free swells. It took her a moment to pick out the dark, rectangular object jutting out of the water.

Their first officer, Art Anselmo, stepped through the hatch, a pair of binoculars hanging by a strap around his bull neck, the habitual unlit cigar in his mouth, his khaki shirt already sweat stained at the armpits. “That's exactly what it is. Have they tried to contact us?”

Marcella looked up at the radios. All of them were on and switched to VHE channel 16, or single sideband 2182 kHz, the standard calling and distress frequencies. “No.”

“How long have they been out there?” Anselmo demanded. He was agitated.

“I just spotted it,” Simensen said. “Who are they?”

“Not one of ours,” Anselmo said, studying the submarine's sail. Her deck was still submerged. He was a retired navy chief and he knew that he should know this type of boat, but he couldn't dredge it out of his memory. He'd been an aircraft wrench aboard a carrier, not a CIC punk. But suddenly he did know. It was the Russian boat. A Kilo class.

At that moment an intense, extremely narrow beam of sharp green light shot at an angle from the top of the sail, stabbing the sky like a stationary lightning bolt, then was gone.

“Holy shit,” Simensen said. “Was that what I thought it was?”

“If you were thinking laser, you might be right,” Anselmo replied. He snatched the SSB handset from the overhead and switched frequencies to the guard channel that the Seventh Fleet had used the last time he was out here eight years ago.

Marcella had never seen him like this in the three years they had worked together. He looked frightened. “What the hell is going on, Art?”

“I don't know for sure. But I think that might be a Russian sub, and it's possible that she fired a laser weapon at something. Maybe a spy plane.”

“One of our airplanes?”

Marcella stared at the submarine's sail, a sick feeling growing in the pit of her stomach. “If that's true, then it could be we're in the wrong part of the ocean at the wrong time.”

“Get us out of here right now, Marcie,” Anselmo said, careful to keep his manner controlled. “Best possible speed back to Calcutta. We might be able to outrun the bastard if she tries to chase us. She's not a nuke.”

Marcella turned to the ship's controls, switched the autopilot off, jammed the twin throttles full forward to their stops, and hauled the wheel hard to port, the big ship heeling over as she accelerated.

“The sub's about eight or nine hundred yards out, can you angle the port side-scan sonar to see that far?” Anselmo asked the chief scientist.

“I think so,” Simensen said. He dragged his eyes away from the warship, glanced at Marcella, and hustled back to the research center.

Anselmo keyed the handset. “Any vessel in the United States Seventh Fleet, this is the research ship
Eagle Flyer
. Any vessel or aircraft of the U.S. Seventh Fleet this is the U.S. documented research vessel
Eagle Flyer
, calling securitÃ©, securitÃ©, securitÃ©.” It was the international distress call one step below a Mayday. “We have spotted what appears to be a Kilo class submarine, without numbers or markings, that has just fired what we believe was a laser pulse skyward. Our position is eighteen degrees fifty minutes north; ninety-one degrees thirty minutes east.”

The ship came around to a course almost due north. Marcella locked the wheel, grabbed a pair of binoculars, went out to the starboard side, and scanned the horizon off their quarter, spotting the submarine's sail just as it disappeared beneath the surface.

She ducked back inside. “She just submerged, Art.”

Simensen skewed the side-scan sonar to its shallowest angle, allowing them to see more than one thousand yards out. He raised the gain on the computer monitor in time to make out the bulk of the submarine, which was heading down. An instant later a small object was ejected from the bow of the sub. It seemed to hover for a second or two before it made a wide sweeping turn and headed directly toward the
Eagle Flyer
.

Simensen reared back so fast that he almost fell on his ass. “Holy shit,” he mumbled. He hit the key for scale and when the numbers came up he turned and bounded forward to the bridge. “They just fired a torpedo at us,” he shouted.

Marcella turned toward him, her mouth open in disbelief. But Anselmo switched the SSB to the emergency guard frequency. “How long to impact?”

“Can't we outrun the torpedo, or get out of its way or something?” she demanded in desperation.

Marcella looked at Simensen and shook her head. She could not believe that this was happening. They weren't at war with anybody. They were a goddamned research ship looking for sharks.

She reached up and hit the klaxon alarm and then got on the ship's PA. “All hands, all hands, this is the captain. Abandon ship! Abandon ship!” She could hear her amplified voice booming throughout the boat. Goddamn the bastards, it wasn't fair.

Anselmo was calling the Mayday, and he reached up and grabbed a handhold to brace himself.

Marcella did the same, and Simensen braced himself in the doorway.

“All hands, all hands, this is the captain. Abandon ship, abandonâ”

A tremendous explosion lifted the stern of the
Eagle Flyer
completely out of the water, driving her bows beneath the surface.

Marcella was flung forward, her body smashed into the control panel and then catapulted through the windshield toward the oily swells. Her last thought before she passed out was to wonder if the red ball she was seeing down a long tunnel was the explosion at the stern of the boat, or the rising sun.