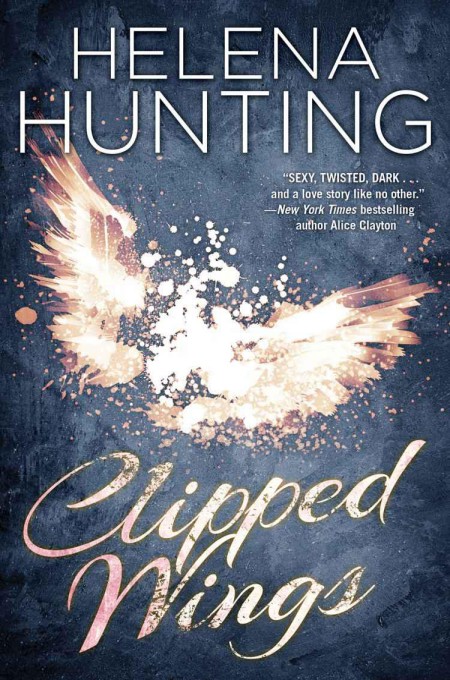 Husband of mine; you are my anchor, my soft place to land, and the reason this became possible.

I love you. Endlessly.

To my Filets: you’ve been my advisors, my commiserates, my cheerleaders, and my armor through this process.

Mina, thank you for your instrumental role in introducing me to my agent extraordinaire. Brooks, your tireless effort and dry wit got us through the downs until we reached the up.

Alice, if not for you, this path might have been very different. I owe you a truckload of cupcakes.

Micki Nuding, my fabulous editor, and the rest of the S&S team: You’ve been amazing on this journey. Thank you for making this a fun ride.

To my girls at The Writers’ Collective: Alex, Anne, Kris, and Kathy, I am forever indebted to you for all the time, love, and energy that you put into helping me polish up this piece (among others). Your encouragement, red pens, and no-holds-barred commentary were exactly what I needed.

Deb, Alice, Enn, Mina, Neda, Tara, Christina, Lo, Laura, Kassiah: thank you. I am ever grateful for you.

To the fandom community who supported this story in its initial draft, who encouraged me to keep writing, and who stayed with me through to the end: You are the reason I was able to travel this road. Thank you.

My head ached. A night of piss-poor sleep had turned the mildly irritating into infuriating. Between the droves of freshmen who had been passing through the shop recently and the naïve girl currently in my chair, I’d had it.

I rubbed my temple to ease the dull throb that had developed over the course of the day. Ten more minutes and I’d be done with the design
if
I could stay focused. I was having difficulty winning the battle, because I was preoccupied. Once I completed the unicorn tattoo, there were no more appointments scheduled and more than an hour before closing. If I was unlucky, I would get stuck with another college brat walk-in who wanted a cartoon character slapped on their skin.

The preferred option was to finish with my client so I could duck across the street to my aunt Cassie’s used bookstore and café. Coffee runs to Serendipity had become my new favorite pastime over the last four weeks, ever since Cassie hired the new girl. She was the reason I was so distractible. I hadn’t seen her lately even with my increase in caffeine consumption, and I was looking to rectify that, stat.

I swiped a damp cloth over the fresh ink. The girl in my chair had been relatively quiet since I started shading in the outline, which was fine. I wasn’t in the mood for idle chitchat. Instead I focused on the hum of the tattoo machines. The sound never bothered me. It soothed, like good music.

It was the superfluous stuff that irked: the inane chatter of teenagers, the nervous tapping of a shoe on the polished hardwood, and on the flat-screen, the loud drone of a newscaster as he spouted off the devastation of the day. The nasal timbre of his voice annoyed the hell out of me. Yet I couldn’t stop listening, drawn in by the desire to know that other people’s lives sucked more than mine.

“Can you turn that down?” I called to Lisa, our resident bookkeeper and piercer.

“Just a minute.” She waved me off but palmed the remote.

The other artists in the shop were also working fixedly on clients. I seemed to be the only one with attention issues. The bell over the door tinkled, saving me from further irritation. Lisa changed the station and heavy rock beats filled the air, the bass vibrating the floor. She turned the volume down to a reasonable level.

Pausing, I glanced over, praying it wasn’t another insipid college girl looking to flirt with deviance. The next client would be mine. Then I’d never get to Serendipity before it closed.

Any potential aggravation evaporated the moment I saw Cassie’s new employee. She clutched a pile of books to her chest like a shield, her long hair windblown around her face. Her eyes darted away when she caught me looking at her.

Her name was Tenley. I didn’t know this because we’d been formally introduced—even though I had spoken to her a few times—but because Cassie imparted the information upon my request. Cassie, fountain of information that she was, also informed me that Tenley came from Arden Hills, Minnesota, and was in a master’s program at Northwestern. She didn’t act like one of those typical Ivy League type snobs, though. She seemed pretty down to earth based on what little she’d said to me. Which, admittedly, wasn’t a whole hell of a lot.

The first time I saw her was almost a month ago. I went over to Serendipity to visit my aunt and buy coffee, which wasn’t unusual. However, the new addition to Cassie’s store was. She was tucked behind the counter with a textbook on deviant behaviors propped in front of her, so only her eyes showed. She was so immersed in what she was reading that she didn’t hear the door chime, signaling my entrance.

I scared her when I asked if Cassie was around as an excuse to get a closer look. Her textbook toppled over and her half-full coffee went down with it, dousing the page in beige liquid. When I offered to help clean it up, she stammered a bunch of nonsense and almost fell off the stool she was sitting on. She was gorgeous, even though her face had turned a vibrant shade of red. Cassie appeared from the back of the store to see what all the commotion was. That put an end to interaction number one.

The next couple of times I went in she was either holed up in the basement sorting through the endless boxes of acquisitions or hidden in the stacks shelving books. Cassie didn’t dissuade me when I went to the philosophy section to see if there was anything of interest there, besides this Tenley girl. I found her sitting cross-legged on the floor with a pile of books at her knee, arranging the volumes alphabetically before she shelved them. I was in love with her organizational skills already.

I made a point of clearing my throat to avoid surprising her this time. It didn’t help. She gasped, her hand fluttering to her throat as she looked up at me. She was stunning; her dark hair almost brushed the floor it was so long, her features were delicate, eyes gray-green, framed with thick lashes. Her nose was perfectly straight, her lips full and pink. It didn’t look like she was wearing makeup.

“I didn’t mean to startle you,” I said, because it was true. I was also staring. “I’m Cassie’s nephew, Hayden.”

Her eyes moved from my feet up, pausing at the ink on my arms, taking it in before lifting higher. She unfolded her long, lean legs and used the shelf for support to pull herself up. She flinched as she did so, like she’d been sitting for a long time and had gotten stiff. She was far shorter than me, all soft curves and slight build.

“You own the tattoo shop across the street,” she replied.

“That’s right.” I nodded to the shelves. “I’m looking for
The Birth of Tragedy
.”

She gave me a curious look and trailed a finger along the spines as she scanned them. “I haven’t seen any Nietzsche lately, but if I find a copy I could bring it to you . . . to Inked Armor, I mean.”

I smiled, liking the idea of her in my shop. “Sure. You could stop by even if you don’t come across a copy.”

“Um . . . I don’t . . . maybe.” Her eyes dropped and she bent to pick up the remaining books on the floor. “I should put these away.” Her hair fanned out as she turned away. The scent of vanilla wafted out as she disappeared around the corner, reminding me of cupcakes. Interaction number two was moderately better than interaction number one. I was intrigued, which was unusual for me. Not a lot held my attention.

It was a while before I ran into Tenley again. This time, when I walked into the store, she heard the chime. She was sitting behind the register. There was a sketchbook flipped open in front of her. Beside her was a stack of books with a plate of cupcakes perched on top. In one hand she held a black Pitt pen. In the other was a cupcake. I had a penchant for that particular dessert item.

I caught her midbite; lips parted, teeth sinking into creamy icing. She let out a little moan of appreciation, a sound I might attribute to a particularly satisfying orgasm. At least that was what my imagination did with the noise. Her eyes, which had been closed in a familiar expression of bliss, popped open at the sound of the door. She hastily set the cupcake down, her hand coming up to shield her mouth as she chewed.

I grinned as her face went a telling shade of red. Her throat bobbed with a nervous swallow, and she swiped her hand across her mouth, eyes on the counter. I glanced at the open sketchbook. A single feather, rendered in striking detail, covered the page. Fire licked up the side, consuming it, tendrils of smoke drifting up as it floated in the air.

She flipped the book shut, pulling it closer to her. “They’re just doodles.”

“Pretty detailed doodles if you ask me.”

She stored the sketchbook in a drawer under the counter. Her shoulders curled in and she peeked up at me, the hint of a smile appearing.

“Tenley, can I get a hand?” Cassie called from the back of the store.

“Coming!” Her eyes shifted away. “I still haven’t found your Nietzsche, but I’m keeping a lookout.”

“Thanks for thinking of me.”

“It’s nothing, really. Feel free to help yourself.” She motioned to the plate of cupcakes, then disappeared into the back of the store with a wave.

There was no way I would say no to cupcakes, so I took one and devoured the frosted dessert in three huge bites. It was incredible. I nabbed a Post-it, scribbled a note, and stuck it to the plate.

When it was obvious she wouldn’t be back anytime soon, I cut through Serendipity to get coffees from the adjoining café. I came through the store on my way out, but Cassie was at the desk instead of Tenley. I took another cupcake because they were that good.

The Air War by Adrian Tchaikovsky
French Kissing by Lynne Shelby
Death of a Ghost by Margery Allingham
Off Keck Road by Mona Simpson
Darkness by West, Kyle
The Maestro by Leo Barton
Everything Will Be All Right by Tessa Hadley
NonAlignment 2.0: A Foreign and Strategic Policy for India in the 21st Century by Sunil Khilnani
Revealing Silver by Jamie Craig
The Ultimate Selection: Be Careful Who You Talk To by S. J. Wardell