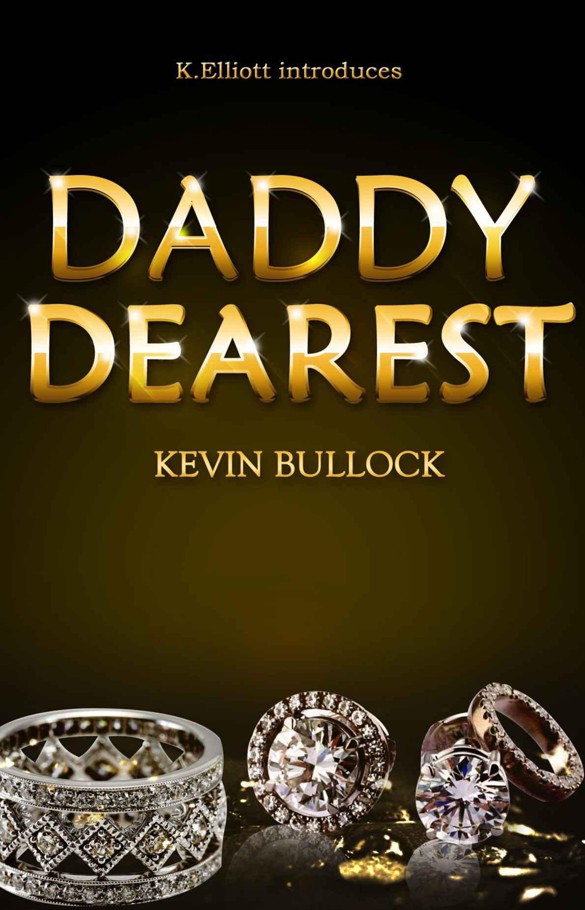 All rights reserved. No part of this book may be reproduced or transmitted in any form or by any means, electric or mechanical, including photocopying, recording, or by any information storage and retrieval system without the written permission from the publisher or author, except for the inclusion of brief quotations in a review.

This is a work of fiction. It is not meant to depict, portray or represent any particular real persons. All the characters, incidents and dialogues are the product of the author’s imagination and are not to be constructed as real. Any resemblance to actual events or person living or dead is purely coincidental.

“Is this daddy’s school?”

LeLe ushered her three-year-old daughter up to the desk where a beet red white man sat with a grim expression on his face.

The correction officer allowed five seconds to pass before he took the I.D. and began to flip through a large notebook. He also took his precious time doing this.

“Sign your name in the logbook. Do you have any drugs or weapons of any kind on you, gal?”

“As you see on my I.D., my name is Felicia Johnson, and I haven’t been a girl since I was twelve years old. And no, I don’t have any drugs or…weapons… on me right now.”

Officer Felts stared at the woman with pure contempt. It tickled his fancy to stand up and smack the sassiness out of her. He let the remark pass; it was modern times now. The era of white dominance was over, at least as far as blatant injustice without repercussions from the ‘higher uppers’.

Felts didn’t view her brief victory as a loss. There were other ways that he could get back at the woman who thought that she deserved to be respected as if she was an equal to him and his race.

He made a mental note to pay Carl Bobbit a visit after visitation was over with.

LeLe waited impatiently in the cafeteria/visitation waiting for her daughter’s father. He appeared from a side door forty-five minutes later. His smile revealed most of his teeth when he saw his daughter running up to him.

“Did you get the letter that I wrote you?”

“When are you going to learn how to read?”

Carl Bobbit, infamously known to everyone in Charlotte, North Carolina as ‘Hammer’, laughed hearty at his daughter’s reply. He was in awe at how her vocabulary had expanded over the last year he had been incarcerated.

They walked over to where LeLe was sitting, and if he was expecting the same warm welcome, he had been sadly mistaken. She remained in her seat with a disgusted expression on her face.

“It took you long enough to come out; you knew that I was coming today.”

“I came as soon as they called me,” he said, sitting down with Cataya on his lap.

“I’ve been out here waiting for almost an hour.”

“Damn, LeLe! Didn’t I just tell you that they just called me? I don’t feel like arguing with you today; especially not in front of the baby.”

Cataya smiled when she saw that the attention was on her. It was a rare occurrence for her to have the best of both her worlds in front of her at the same time. The feeling was exhilarating.

“Daddy, you have a big school.”

His brow wrinkled. “Who told you that this was a school?”

She pointed at LeLe. “Her told me.”

Hammer gave LeLe the evil eye before looking back to his daughter. “You know that daddy loves you, right?”

“And no matter what,” he continued, “I will never lie, hurt, or take anybody’s side over yours.”

He took a deep breath before continuing again. “So I have to tell you that this really isn’t a school.”

“Get off me, and stay out of my business! This is mine right here, and she ain’t going to hear nothing but the truth out of my mouth.” He turned back to Cataya, trying his best to relax his contorted face. “Daddy’s in jail, baby.”

Cataya’s small hand shot to her mouth with surprising swiftness. “Like Uncle Bobby?!”

“Yeah, like Uncle Bobby. Daddy didn’t do what he did though.”

“Oh. Are you ever getting out?”

This part was extremely difficult for him. “Soon Taya. But not right now.”

“In a little while?”

“Yes, baby. In a little while,” he lied, knowing that she didn’t fully understand the concept of time yet.

“Okay, daddy. I’ll be waiting for you when you come home.”

“No thank you. Daddy needs for you to sit next to him and be quiet while he talks to your momma. Okay?”

Hammer turned to LeLe. She was still frowning. “What?”

“Her fake ass, trying to act all good and shit. Get on my nerves.”

“So what’s up with you?” he asked, ignoring her statement.

“Nothing, tired as hell. I almost didn’t make it up here.”

“Tired from what? Partying?”

“You know what I do, ain’t nothing changed.”

“Seems like that’s all that you have been doing since I’ve been in here. You haven’t written me or nothing.”

She sighed loudly. “I know that you didn’t get me all the way down here just to argue and complain.”

“Nah, Lee. I didn’t. Don’t you realize that you haven’t done shit for me since I’ve been in here?”

“I don’t feel like this shit, Hammer. I’mma tell you like you use to tell me; quit whining.”

“I ain’t asking…” he glanced back at his daughter when he realized that he had raised his voice, and was happy to see that she wasn’t paying any attention to them. “I’m not asking you to wait for me, LeLe. But after all that I’ve done for you, I at the least expected you to remain my friend. To acknowledge me on holidays, and let me know what’s going on with my daughter. Ain’t I worth that?”

She ran her finger across his light mustache, smiling.” I see it’s finally growing. All those times you ate my-“

He smacked her hand away. “Ain’t I worth that?!”

She waved her hand. “Let’s just leave it alone. I’m not trying to make your time any harder than it already is.”

Hammer threw his hands in the air. “I’m all in now, it can’t get any worse.”

LeLe sighed and shifted in her seat. The last thing that she was trying to do was flare Hammer’s temper. But now that she had opened the door to the conversation, she knew that he was going to get his question answered one way or another.

“I’m with somebody else now, and I don’t write or nothing because I’m trying to keep the peace.”

‘
Trying to keep the peace,’
Hammer thought. “Okay. Tell me what that have to do with you performing your duties as my friend and my daughter’s mom?”

“I’m pregnant, Hammer. I go to do what’s best for me and my children, so we’re moving away with him.”

It took Hammer a full minute to get over his shock. He then leaned inches to her face. “Let me pull your coat to something, baby girl. You’re grown, and I can’t tell you what you can and can’t do. But that little girl right there,” he emphasized with his thumb, “is all that I got. There ain’t no way in hell I’m not going to let nobody come between us. Nobody! Do I make myself clear?”

LeLe, who was shaking visibly, nodded.

“So, you and your new family can move to the moon for all I care, but Cataya is going to live with my momma. Le we clear on that, also?”

“You must going to stay in Charlotte, then. Because if you leave Queen City with my baby, you and your boyfriend are going to get found in the worst way.”

The first person that came to LeLe’s mind was Ron. He was Hammer’s best friend/enforcer. She knew that Ron would arrange her transition to the moon if Hammer asked him to. He was that loyal.

But none of that mattered to her anymore. She was tired of being bullied and controlled by him, so she told him that Cataya was coming with her.

If only her inner thoughts could do the talking.

He loves me, he loves me not –

the flowers and candy, the black eye, the knot.

The lovely things that he says, the foul shit that he do –