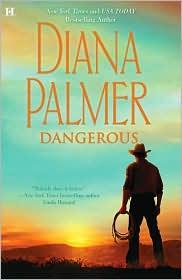 Her Kind of Hero

Man of the Hour

Lord of the Desert

The Cowboy and the Lady

Fit for a King

To Cindy Angerett, 9-1-1 dispatcher,
Beaver County, Pennsylvania,
and to Emergency Services Personnel everywhere,
who give their time generously,
both on and off the clock, to help someone in need.

Of all the books I’ve written in recent months, this one has taken the biggest toll on me, emotionally. I knew from
Heart of Stone
that some of Kilraven’s family had been murdered. I knew from
The Maverick
that his little three-year-old girl was one of the victims. But actually dealing with the emotions that arise from such tragedy, even in a novel, can be difficult.

I have, thank God, never lost a child. But as I wrote the scenes dealing with Kilraven’s loss, I developed a whole new relationship with boxes of tissues. This seemingly steel-hard man has a very soft center, and discovering it was fascinating.

I also dealt with an unexpected and shocking reality when I got to the last few chapters. The man I had fingered as the murderer informed me quite bluntly that he had nothing to do with it. (Men with nets are not approaching, characters do take on lives of their own.) So I had to go back and rethink my strategy, and my plot. I didn’t really mind. It was kind of fun.

Winnie started out as a meek woman who wouldn’t even stand up to her own brother. During the course of this book, in which she works as a 9-1-1 operator, she became a fountain of calm and quiet knowledge, and the courage she had always possessed was revealed to her. She did in fact become a “little blonde chainsaw,” as her new mother-in-law dubbed her.

I had a lot of help with this novel from a lovely lady who actually is a 9-1-1 operator, Cindy Angerett. She gave me great insight into the job, and I have dedicated the book to her in gratitude. Please note that I do make mistakes, more than ever these days as my mind ages with me. But the mistakes are my own, and I take full responsibility for any you may find. I owe my life to a diligent 9-1-1 operator. They are a gift from God in times of great danger. I love them all.

Thank you all, again, for being so kind and so loyal for all these years. The greatest joy I have in my profession is the friends I make in the course of following it—not only in my publisher and editors, art, marketing and publicity people, booksellers and wholesalers, but in the readers who have become my extended family.

Love to all from your greatest fan,

Kilraven hated mornings. He especially hated mornings like this one, when he was expected to go to a party and participate in Christmas gift-giving. He, the rest of the police, fire and emergency services people in Jacobsville, Texas, had all drawn names around the big Christmas tree in the EOC, the 911 emergency operations center. Today was the day when presents, all anonymous, were to be exchanged.

He sipped black coffee in the Jacobsville Police Station and wished he could get out of it. He glared at Cash Grier, who smiled obliviously and ignored him.

Christmas was the most painful time to him. It brought back memories of seven years ago, when his life had seemed to end. Nightmarish visions haunted him. He saw them when he slept. He worked his own shifts and even volunteered to relieve other Jacobsville police officers when they needed a substitute. He hated his own company. But he hated crowds far more. Besides, it was a sad day, sort of. He’d had a big black Chow keeping him company at his rental house. He’d had to give it away because he wasn’t allowed to keep animals at his apartment in San Antonio, where he would be returning soon. Still, Bibb the Chow had gone to live with a young boy, a neighbor, who loved animals and had just lost his own Chow. So it was fated, he guessed. He still missed the dog, though.

Now, he was expected to smile and socialize at a party and enthuse over a gift that would almost certainly be a tie that he would accept and never wear, or a shirt that was a size too small, or a book he would never read. People giving gifts were kindhearted, but mostly they bought things that pleased themselves. It was a rare person who could observe someone else and give just the right present; one that would be treasured.

At his job—his real job, not this role as a small-town police officer that he’d assumed as part of his covert operation in south Texas near the border with Mexico—he had to wear suits from time to time. Here in Jacobsville, he never wore a suit. A tie would be a waste of money to the person who gave him one for Christmas. He was sure it would be a tie. He hated ties.

“Why don’t you just string me up outside and set fire to me?” Kilraven asked Cash Grier with a glowering look.

“Christmas parties are fun,” Cash replied. “You need to get into the spirit of the thing. Six or seven beers, and you’d fit right in.”

The glare got worse. “I don’t drink,” he reminded his temporary boss.

“Now isn’t that a coincidence?” Cash exclaimed. “Neither do I!”

“Then why are we going to a party in the first place, if neither of us drink?” the younger man asked.

“They won’t serve alcohol at the party. And for another, it’s good public relations.”

“I hate the public and I don’t have relations,” Kilraven scoffed.

“You do so have relations,” came the tongue-in-cheek reply. “A half brother named Jon Blackhawk. A stepmother, too, somewhere.”

“It’s only for an hour or so,” Cash said in a gentler tone. “It’s almost Christmas. You don’t want to ruin the staff party now, do you?”

“Yes,” Kilraven said with a bite in his deep voice.

Cash looked down at his coffee cup. “Winnie Sinclair will be disappointed if you don’t show up. You’re leaving us soon to go back to San Antonio. It would make her day to see you at the party.”

Kilraven averted his gaze to the front window beyond which cars were driving around the town square that was decorated with its Santa, sled and reindeer and the huge Christmas tree. Streamers and colored lights were strung across every intersection. There was a tree in the police station, too, decked out in holiday colors. Its decorations were, to say the least, unique. There were little handcuffs and toy guns and various emergency services vehicles in miniature, including police cars. As a joke, someone had strung yellow police tape around it.

Kilraven didn’t want to think about Winnie Sinclair. Over the past few months, she’d become a part of his life that he was reluctant to give up. But she didn’t know about him, about his past. Someone had hinted at it because her attitude toward him had suddenly changed. The shy smiles and rapt glances he’d been getting had gone into eclipse, so that now she was formal and polite when they spoke over the police band while he was on duty. He rarely saw her. He wasn’t sure it was a good idea to be around her. She’d withdrawn, and it would be less painful not to close the distance. Of course it would.

He shrugged his broad shoulders. “I guess a few Christmas carols won’t kill me,” he muttered.

Cash grinned. “I’ll get Sergeant Miller to sing you the one he composed, just for us.”

Kilraven glared at him. “I’ve heard it, and please don’t.”

“He doesn’t have a bad voice,” Cash argued.

Cash burst out laughing. “Suit yourself, Kilraven.” He frowned. “Don’t you have a first name?”

“I’ll bet payroll knows what it is,” Cash mused. “And the bank.”

“So do I, and mine’s bigger,” Cash returned smartly.

Cash held up both hands. “I know, I know. I used to do concealed carry, too. But now I don’t have to, and I can carry a big gun if I want to.”

“At least you don’t carry a wheel gun, like Dunn does.” He sighed, indicating Assistant Chief Judd Dunn, who was perched on the edge of his desk talking to a fellow officer, with a .45 Ruger Vaquero in a fancy leather holster on his hip.

“He belongs to the Single Action Shooting Society,” Cash reminded him, “and they’re having a competition this afternoon. He’s our best shot.”

“After me,” Kilraven said smugly.

Cash imagined part of the reduced pressure was the absence of the bad memories Kilraven still hadn’t faced, the death of his family seven years ago in a bloody shooting. Which brought to mind a more recent case, a murder that was still being investigated by the sheriff’s department with some help from Alice Mayfield Jones, the forensic expert from San Antonio who was engaged to resident rancher Harley Fowler.

“Have you told Winnie Sinclair about her uncle?” Cash asked in a hushed tone, so that they wouldn’t be overheard.

Kilraven shook his head. “I’m not sure that I should at this stage of the investigation. Her uncle is dead. Nobody is going to threaten Winnie or Boone or Clark Sinclair because of him. I’m not even sure what his connection to the murder victim is. No use upsetting her until I have to.”

“Has anyone followed up on his live-in girlfriend?”

“Not with any more luck than they had on the first interview,” Kilraven replied. “She’s so stoned on coke that she doesn’t know the time of day. She can’t remember anything that’s of any use to us. Meanwhile, the police are going door to door around that strip mall near the apartment where the murder victim lived, trying to find anybody who knew the guy. Messy murder. Very messy.”

“There was another case, that young girl who was found in a similar condition seven years ago,” Cash recalled.

Kilraven nodded. “Yes. Just before I…lost my family,” he said hesitantly. “The circumstances are similar, but there’s no connection that we can find. She went to a party and disappeared. In fact, witnesses said she never showed up at the party, and her date turned out to be fictional.”

Cash studied the younger man quietly. “Kilraven, you’re never going to heal until you’re able to talk about what happened.”