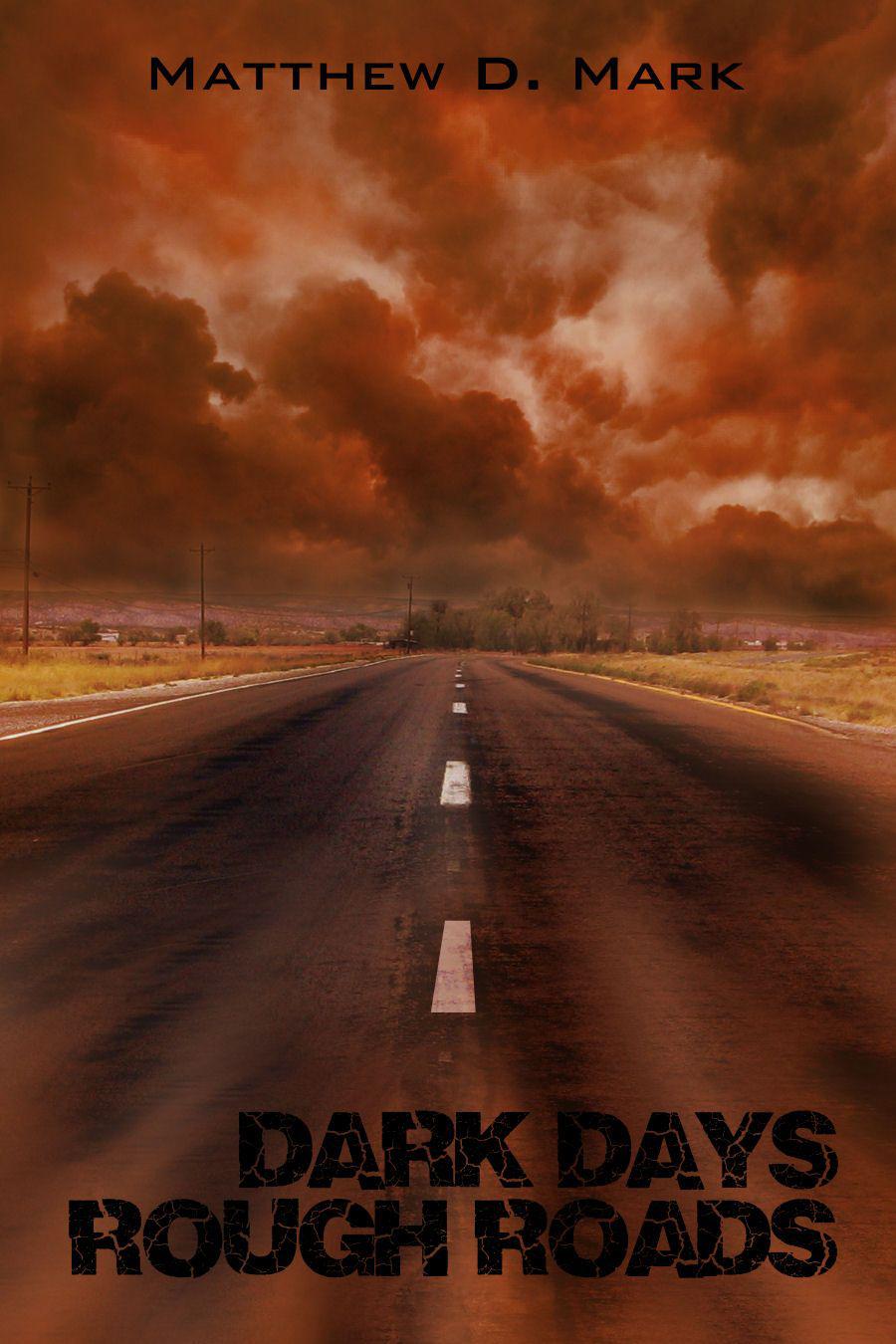 This is a work of
fiction. All of the characters, businesses, organizations and events contained
in this work are all a product of the author’s imagination or are used
fictitiously.

My inspiration was
born on December 4
th
, 1992 at 7:48am. Without her this story would
never exist. Since that moment in time she has been my inspiration for life and
for everything that I do. This is for you Kayla.

In
fiction there is always a small bit of truth. Without my life experiences and
the people I know and love, I would not have been able to create this story. I
do not claim to be anything more than a former soldier, a man who loves his
country, a man who loves his family and friends and most importantly a father
who loves his daughter.

My
parents Richard and Beverly have taught me that nothing in life is easy. They
taught me that life will deal you the hardest hand that it can. It was through
watching their hardships and their struggles, and how they overcame them that
they taught me life’s lessons and how you can survive anything with hard work,
perseverance and love. I love you both.

Each and
every family member has played a pivotal role in my life one way or another.
We’ve shared the best of times and we have shared the worst but we have always
been there together. My brothers and sister, thank you all. Families are the
last great institution that America has, never fail them and protect them
always.

My
girlfriend has been by my side the past several years and has supported me
through everything I have done. Without her I could not have completed this
project. Just being by my side has meant a lot to me. Love you sweetheart.

I wish to
thank my ex-wife Candy. She and I brought our daughter into the world. Thank
you for giving me such a wonderful child. After you and Mike read the story,
please don’t tear out the walls. Thank you for watching her while she’s at
school.

To all of
those who I served with, all of the stupid things we did and all of the
brotherhood we have shared. I would not trade it for anything in the world. I
am privileged to have served with all of you. If you judge a man by the company
he has kept, then I am judged among the best that there is.

Michelle,
thank you for the horse information and contributions you made by letting me
include you and your family in the story. It helped a great deal and I
appreciate your friendship, stay safe. Each and every person whom I have met
touched my life in one aspect or another. I always take away something from
everyone I meet. Of course I can’t forget my cat Romeo and Max the mutant dog.

My
sincere thank you to Kathleen K., and Michelle K., for the second editing and
to Lacey O’Connor for the cover design.

An alarm
clock wakes you up in the morning, your coffee is brewed in an electric coffee
pot. You use a computer or television to check your morning news. Your smart phone
contains your daily, weekly, or monthly schedule along with the contact
information for everyone you know and it connects you to the world. You rely on
an automobile to take you to work, to school, to the store or someplace else.
This auto is more computer than it is car.

The food
you eat and the products you use are brought in by truck and rail, rolling
computers as well. It’s cargo is stocked and inventory is electronically
controlled. You pay by cash or most likely using a plastic card with a magnetically
encoded stripe on it connected to your bank. Almost everything you do daily is
affected in one way or another by technology.

This
technology is run by electricity. A single spark to start it all. But we have
to ask ourselves, without that spark, without that technology, how would we
live? How different would life be? Could we still thrive? More importantly, if
it changed today or tomorrow, could we survive?

Mother
natures coronal mass ejections, sun activity, nuclear weapons, electronic
weaponry and more can take that spark away in an instant. Mostly man made,
however, we must look at the changing world around us and wonder. Out of 7
billion people, how many does it take? It takes only one. Millions of lives can
be changed by only one. Yes, one person with an agenda, a grudge or a hatred
for a nation.

The
premise of the event in this book as illustrated above is made simple. What we
can not simplify offers just as much opportunity to bring a nation and its
people to their knees. Financial collapse as seen in Greece, Russia, Romania, Bulgaria and more show how fragile economics are. We have spun out of control with
our national debt and our own economy.

Each year
as we stand in lines for flu shots the experts are trying to predict which
strain will affect us most. Although the eradication of many of the World’s
most devastating diseases has occurred, there still exists the samples that are
easily propagated. Naturally evolving strains of disease evolve quicker than
scientists can name them. Add biological warfare and nerve agents and it
becomes incredibly concerning.

Natural
disasters are frequent. People are still living in tents months after Hurricane
Sandy. They lived in shacks or trailers for years after Katrina. Rising rivers,
floods, earthquakes, tsunamis, drought and snowstorms all affect our lives.
From days, to months, and sometimes years. You must be able to survive. How
many people can the government rescue at once? These disasters have shown us
that it’s very few. These disasters can take the people away, who control that
same spark.

A simple
job loss and lack of income can affect you. The saying is “Stockpile beans and
bullets.” If you look around, if you pay attention to world events and our own
country and what has transpired in our short history, doesn’t it make sense to
take some simple measures to protect you and your family? You’d be surprised
how affordable it is to survive. I’d rather have it and not use it, instead of
need it and not have it.

The
weather outside was nice and the temperature was around 70 degrees. The sky was
partly cloudy and a nice bright sun poked through the clouds. It was not too
hot or too chilly outside, and with this kind of weather Roger Haliday did not
expect any problems when the helicopter landed. It would be another routine
medflight, if indeed there was actually a routine flight for these guys.

Haliday
had been out circling the hospital campus in the patrol vehicle when dispatch
had called and told him an inbound medflight was due to arrive in 10 minutes.
Haliday shot over to the helipad, where he unlocked the gate and took the cover
off the 150 pound beast of a fire extinguisher they called “Purple K”, named
after the aviation fuel fire suppression chemical inside of it. The
extinguisher was based on two wheels and always stood guard just inside the
helipad’s fence.

Not
wanting to get wind whipped by the rotor blades, he retreated into the vehicle
and awaited the arrival of the bird. Hearing the telltale
thump thump thump
of the main blades, he watched closely as he had dozens of times before. Across
the way, a few cars had stopped on the nearby side street to watch.

He
reached down and turned off the vehicle’s strobe lights and also the vehicle.
They usually kept the strobes on until they spotted the aircraft, but then
turned them off as soon as they suspected the pilot had the helipad located.
There was no sense in blinding the pilot with blinking lights while he was
landing.

It was
always cool to watch this sleek aircraft seemingly just land for no reason in
the middle of a neighborhood. This of course was not the case. Stroke victim,
burn patient, car accident or what not, someone needed extreme care and
quickly. Still, it always drew curious onlookers.

He looked
over at a large house that backed up to the helipad. Some genius built six
brand new houses right next to it. Backing up against a helipad and parking lot
was not worth the money these people spent for the homes they lived in. Not to
mention it was the border of Pontiac, which was a less than desirable area.

One time,
a resident had called and complained about a medflight coming in at 0700 hrs
one Sunday morning. Haliday said, “Hey genius, in case you didn’t know,
emergency medical flights generally aren’t scheduled.” The man just called him
a smart-ass and hung up on him. A few weeks later, karma played a role when the
man was hosting a picnic when another helicopter landed. Haliday still laughs
about the flying plates, cups and napkins, whenever he thinks about it.

He called
in to dispatch and told them to mark the time and that the bird was almost on
the ground. They always marked arrival and departure times in case the FAA
audited their records, even though he figured they never would. There wasn’t a
response from dispatch, which wasn’t unusual due to the fact that dispatch was
usually tied up with more important things. These were mostly caused because
the campus was in the middle of a small city outside of Detroit, but just as
notorious as Detroit for being a crack hood.

Haliday
had unscrewed the top on his bottle of pop and started to take a sip when he
noticed the problem. As he tilted his head back to drink, he looked straight at
the Eurocopter wobbling violently as it spun toward the ground. Haliday ducked
down using the engine compartment of the truck as a shield just as the helo
struck the ground and exploded, sending pieces in every direction. A small
piece of the tail rotor shot through the windshield of the vehicle, causing chunks
of glass to fill the interior of the Tahoe.