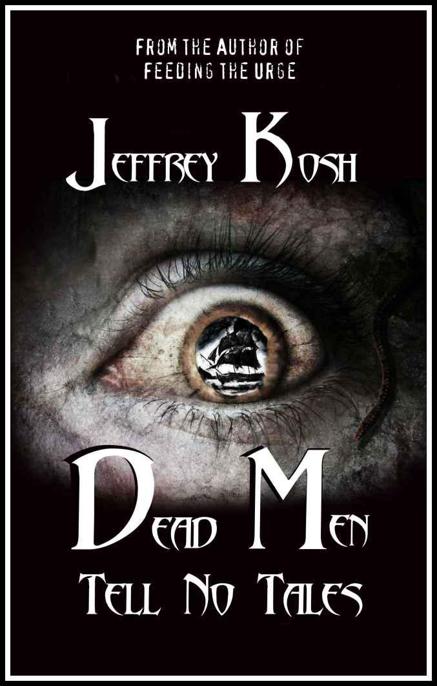 This book is sold subject to the condition that it shall not, by way of trade or otherwise, be lent, resold, hired out or otherwise circulated without the publisher’s prior consent. No part or parts of this publication may be copied, recorded or otherwise reproduced, stored in a retrieval system, or transmitted. 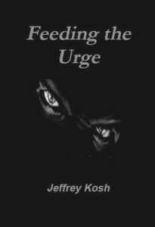 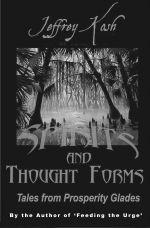 Look for Jeffrey Kosh on Google +, Twitter, and MySpace.

Check his books at Lulu, Amazon, Barnes & Nobles, and iTunes.

Thanks for your support

With sloping masts and dipping prow,

As who pursued with yell and blow

Still treads the shadow of his foe,

And forward bends his head,

And southward aye we fled.

Rime of the Ancient Mariner

“
Aye, me lad, ‘ave a seat next to me and listen th’ true story of th’ Banshee’s Cry,” the man said, addressing the young crewman approaching his table.

“
You know the Banshee’s Cry Legend, do you?” The boy replied with a hint of disbelief as he rested his back on the stool. In every tavern around the known world there were dozen of people claiming to know details of what had happened at Cayman Brac. All of them were just calling for attention, or to gain confidence on greenhorns like him. The boy was disappointed his soon-to-be captain was another of those braggarts.

“
Aye. I know th’ legend ‘cause I ‘ave seen it m’self. I was there when th’ Plague ended once fer all,” said the oldster, acknowledging the note of disbelief in the younger lad.

They were all the same these young landlubbers coming on the account with star-crossed eyes, dreaming of adventure in this age of rebirth. Envisioning the growing war between the Northern Alliance and the League of the Antilles as a quick way to glory and wealth. They knew nothing how the New World came to be, of those who had sacrificed their own lives to build it, and mostly, ignored the Plague’s truth. They curled their nose at the smell of Port Royal alleys and docks, forgetting about the pleasant fragrance of the sea carried by westerly winds. They had not lived in a world perpetually immersed in rot and decay.

“
So, Master, go on. I’m curious. You say you were there,” mouthed the young mariner eyeing the small wooden chest resting under the man’s feet, “But where, exactly?”

The captain gazed at him intently, and then gulped down a draft.

“
Mabouya’s Well,” he said, almost whispering, that simple word still sending a shock down his spine.

The old mariner pierced the boy with steel-gray eyes.

“
With all due respect, Sir, I do not trust the Puritans, that’s why I left New Hampshire colony and joined the Southern Royalists! Before discovering the ruse behind false promises,” exclaimed the boy, his usual fine skin turning red by rekindled memories.

“
So shut up. Go to th’ bar and ‘ave this jug filled again. Then, I’ll tell ye a tale so grisly and scary ye ain’t goin’ to sleep fer months. And ye be wary, ‘cause the ghosts of those times still haunt us today, no matter what th’ Northerners say. The Marauders aren’t a bunch of crazies, and the Black Brig still plies these waters.”

“
The Black Brig, Master? A fairy tale?” The green crewman interrupted. That old scurvy dog was adding fables to legends. How come this man was still allowed to serve on a League ship?

“
Aye, ‘tis a legend. Yet, ‘tis also true. Cause that ship sailed under a different name once. Her name was Banshee’s Cry, and she was a fine ship. She was … my ship.”

“
Bring her about handsomely, now!” Captain Drake shouted to be heard above his boarding crew’s cries. Smoke engulfed the prow of the Banshee’s Cry, as the brig came closer to the wounded Spanish merchantman.

“
Avast! Moor that pregnant sow before she goes adrift,” echoed McTavish below, snapping curses in Gaelic. Drake looked at his quartermaster amused. McTavish had been with him since the beginning. An almost gnomish creature, with ash colored hair crowing a childlike face, Mac - as everybody called him - had a direct and honest personality and everyone respected him for this. He was now manning the planks with Luther, the large gun master.

The Spaniard merchantman - the Santa Esmeralda - was a large three-masted trade vessel. Although well armed, the ship had easily fallen prey to the smaller and maneuverable brig. Its crew had surrendered after a short, yet intensive defense, and was now crowding the main deck. Their Captain, Marcelo Salazar, was among them, trying to keep a noble countenance, but clearly shivering into his foppish leggings.

Drake swung from a rope directly between the two vessels, and landed his boots on the deck, causing the already jumpy Spaniard officer to let loose a soft cry.

Handsome, in a wild fashion, Daniel ‘Drake’ Davies had clearly seen better days. His curly black hair, steel-gray eyes, and olive-tanned skin, revealed his Spanish blood; features he had inherited from his Andalusian mother. The tall cheekbones framing his face came from his English father. An unkempt and wiry beard covered most of his chin and the jaw-sides.

“
Ahoy, mateys! Follow rules and nobody will be hurt. We’re not here to kill the crew of this floating barrel; we just want your gold. So, please, line up and collaborate with me lads. Do not, and as sure as me name’s Drake, I’ll have you pay a visit down to Davey Jones’ Locker. And I mean the bottom of the sea,” he addressed the captured mariners, then to underline it, raised his hand and released a shot from the pistol. The sailors seemed to understand, because they immediately formed a line and extended hands forward. Meanwhile, the rest of the boarding party was busy getting down to the hold, eager to put their craving hands on the precious cargo.

The sun was coloring the horizon in orange strokes when Geist the albino, manning the Banshee crow’s nest, issued an unexpected shout, “Sail Ho!”

Drake bolted to the rails, his eyes squinting at the sea, yet seeing nothing. Mac put immediately the glass at his eye, scanning the distance. “Shiver me timbers,” he muttered, handing the tool to Drake. “Risen!”

Drake looked through the spyglass and what saw chilled his blood. Huge holes gaped in the approaching Slaver and rotten boards jutted randomly from the sides. The foremast’s top was broken off and lay on the warped deck, amid dangling and trailing bits of ropes. Yet, what scared him most was not the sailing derelict itself, but the crew manning it. Dressed in filthy rags, they were horrible to behold; rotting away, yet, somehow still holding whole, with strands of algae entangled in their hair or hanging from their gnashing mouths, bony and thin limbed they were belying their powerful nature. Rubbery, dead-cold flesh, crisscrossed by innumerable wounds, hung loose from visible bones. Some were missing an arm or leg, but many had replaced them with other instruments. There he could spot a blade jutting out from the stump of a burned forearm. Another had three sickles protruding as wicked claws.

“
All aboard!” Drake shouted, “Leave ship now! Whoever lingers shall be left here, hurry up!” He was meaning it. As cruel as it could sound there was no other way. You couldn’t kill the living dead, because they were dead already. Yes, you could delay them by chopping off their limbs and brains, but it was impermanent. Soon, every single body part took a life of its own; even spilled innards. Drake had witnessed a strand of entrails strangling a man before his eyes.

Before The Mask by Williams, Michael
Forbidden Lust: SEDUCTION by Moore, R.J
Brigends (The Final War Series Book 1) by Krone, Russell
Program for a Puppet by Roland Perry
Searching for Perfect by Jennifer Probst
Lord of Regrets by Sabrina Darby
Shadow of Eden by Louis Kirby
Among the Ducklings by Marsh Brooks
Well-Schooled in Murder by Elizabeth George
Señores del Olimpo by Javier Negrete