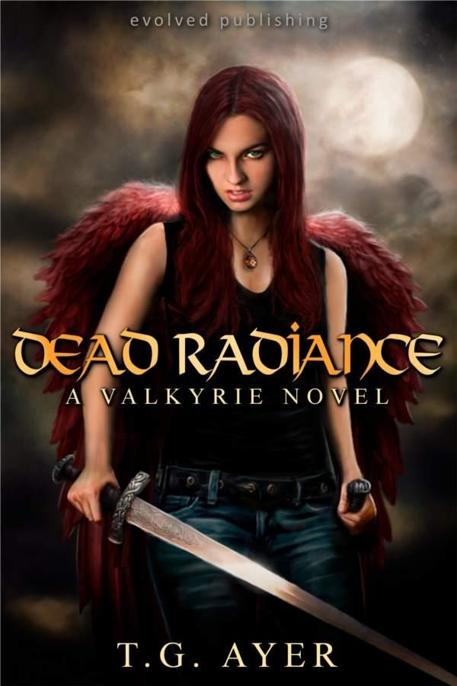 This eBook is licensed for your personal enjoyment only. This eBook may not be re-sold or given away to other people. If you would like to share this book with another person, please purchase an additional copy for each person. If you are reading this book and did not purchase it, or it was not purchased for your use only, then please return to Amazon.com and purchase your own copy. Thank you for respecting the hard work of this author.

This is a work of fiction. Names, places, businesses, characters and incidents are either the product of the author’s imagination or are used in a fictitious manner. Any resemblance to actual persons, living or dead, actual events or locales is purely coincidental.

For my grandfather Ram Ayer – a beautiful soul.

About the Author T.G. Ayer

Each sweep of her soft-bristled brush spanned a frozen eternity. One tender stroke caressed the tiniest remnants of dust particles clean. To an untrained eye, nothing remained but dead earth and detritus, but to the Professor and her student assistants such infinite care proved both frustrating and mesmerizing.

They worked, untiring, unceasing. Shift after dedicated shift, hour after relentless hour they toiled until at last the skeleton emerged from the arms of the dark earth. Another ancient burial site had relinquished its lone occupant.

The archaeologists stepped back against the strutted walls of the grave, stretching cramped muscles, while at their heads onlookers gasped and shuffled closer to the grave. So far, only students, site directors and representatives from the Stockholm Museum and Preservation Society had gathered at the site. They scrambled for space at the edges of the large tent, which protected the open pit against the elements.

The cracked plastic of the tent shuddered in a rude blast of wind. Geoffrey Halbrook clutched his fedora with one hand, afraid he would lose it to the grasping gust. He craned his balding head, a weak attempt to peer over the shoulders of the people in front of him. They appeared to line up just to keep him out.

"Dr. Halbrook?" A woman's voice wafted from the pit, gritty with irritation and impatience. "Has anyone seen Dr. Halbrook?"

"I am here, Professor Wayne!" Halbrook yelled from behind the wall of shoulders as he pushed his glasses back up his sweat-drenched nose, still gripping his hat. "I would get to you if I were allowed through!"

The wall parted, and Halbrook, annoyed they had kept him out in the first place, shouldered past. He stepped on toes to keep from falling into the pit, and made his way to the rickety wooden stairs at the head of the open gravesite, cramming his metal case and crumpled fedora against his chest.

A rumble of complaints rose from the crowd, surly and vulgar. Halbrook did not care. He had one thing on his mind. Take his samples.

And then get the hell out.

But he stopped dead on the last step, his eyes fixed on the desiccated remains, which lay in the bottom of the grave.

"Remember to breathe," said Professor Wayne, an indulgent grin on her lips.

Halbrook took no offense. He performed what should have been an automatic bodily function.

"Amazing, isn't it?" asked the Professor.

Her smile widened as she welcomed him down, all teeth, auburn curls, and sun-toasted skin. Hardly an attractive face, but at least a welcome one.

Halbrook restrained the urge to look up at the unhappy group behind him. The heat of their words aggravated the heat of the day as he squatted alongside the skeleton and set his case beside him with overt care.

His hands trembled as he scanned the corpse from the skull, intact and immaculate, to the lifeless strands of her rich red hair, to each individual tarsal and meta-tarsal grazing the foot of the grave.

The bones themselves were ordinary enough, merely remains of a person from a life and a time long past. Wayne, Halbrook and the spectators were suitably in awe of them, but it was the bed upon which they lay that would be burned into their memories forever.

Tall, graceful and elegant, the remains lay against the haunting and eerie remnants of a pair of wings too large to belong to a bird. Each feather so real, so well preserved it still glimmered where the light hit it just so. Many of the feathers were so long they reached at least a third of the height of the skeleton itself.

Halbrook's thigh muscles cramped as he crouched over the dried-out husk of what had once been a living, breathing human, so entranced he barely gave his discomfort the slightest attention.

"So? What do you think?" Wayne asked. An expectant smile revealed her perfect teeth.

Halbrook shrugged. "Some sort of headdress?" He spoke the lie effortlessly. He would rather not look the fool. He would be risking his name and his reputation if he admitted aloud what his instinct screamed this creature looked like to him.

A thing of myth and fable. A creature so remarkable that thousands of years after the myths had died people still half-believed the stories. A Valkyrie or an angel. Judging by the location of this dig, only one option made sense.

Halbrook glanced at Professor Wayne. Her narrowed eyes silently called him a coward. "I'd say this is a Valkyrie, Dr. Halbrook," she said. "Now take your samples and prove me wrong."

The mob sniggered and Halbrook's cheeks reddened. He turned to the remains, not deigning to justify her challenge with an answer. Not deigning to provide the vultures above with more fodder for their jeers. His job was paramount, not bets with some hard-nosed feminist archaeologist with her head in the past and her fingernails filled with dirt.

He reached for his case, snapped the locks and withdrew a scalpel and a syringe. He concentrated, searching for viable flesh, for bone still intact, which could possibly contain living DNA.

Minutes then hours ticked by and soon the sun sank into the hills somewhere in the west. He did not register the flashes of the cameras, the buzz of the media when they arrived and swooped around the tent on the scent of a hot story. Neither was he aware of the dispersion of the unsavory crowd, as the light fled from the graying sky. At last, all his samples taken, labeled and stored within his temperature-controlled case, Dr. Halbrook stood and straightened his trousers and jacket.

Only Wayne had remained behind, still supervising her find. If he didn't know her, it would have been easy to assume she didn't trust him.

"How long?" Professor Wayne possessed the most disconcerting way of examining Halbrook with her honey gaze, as if she could see right through him into his soul. And she needed a timeframe. How long until she could confirm the true identity of the remains as a Valkyrie?

"The actual test procedure will take a few weeks, Professor Wayne. These things take time, as you well know." He raised his voice just the tiniest fragment as she opened her mouth to protest. "You do want accurate results, do you not?"

She nodded, arms crossed, skewering him with her heated stare.

He smashed his hat onto his skull, grabbed his case and marched out of the pit, as well as a man could march up a flight of rickety stairs.

His mind whirled, already planning the details of his experiments and tests before he cleared the last step. Instinct told him what his eyes confirmed. And if his hunch proved true and the skeleton belonged to a Valkyrie, then Halbrook had plans for the precious DNA he carried.

I was cold, like the roses on Joshua’s casket, like the muddy dark-brown soil waiting to embrace the lifeless remains of the boy who was my friend.

My fingers curled around the stem of a butter-yellow rose, knuckles tight. I blinked away the liquid burn stabbing my eyelids. I had to get out. Give him the rose. Then get the hell away.

I tried to squeeze past the old woman who guarded my route to the center aisle, glaring. Her stares slithered down my neck as I passed. I shuffled by, careful not to touch her. But she huffed, her shoulders stiff and unimpressed with my rudeness. Her disapproval slid down my back.

I straightened my pencil skirt and short coat, scraped my wet hands on my hips. I knew the cool black silk wouldn't dry my sticky palms, but I did it anyway, needing to do something with my hands other than clutch the dead flower.

The slim heels of my pumps sank deep into wet ground. I jerked them free and swallowed, my throat aching with tears. My best friend would soon be entombed within this sodden mush, to lie beneath Craven forever. Until his flesh fell off his bones and he turned to dust.

A cool hand tapped my shoulder.

"Bryn Halbrook. " She spat my name, each syllable harsh, and dripping venom to match the tiny emerald flecks in her hazel eyes. "You've got some nerve coming here." Cherise Barnes knew she looked good, even in drab funerary garb. She stood, a bony hip jutting out, one foot forward. The Cherise pose.

The last thing I needed was a bitch-match. Not here. I straightened, pulling my jacket closer in the face of this poisonous storm. Her eyes widened as I drew to my full height. Guess Cherise forgot it wasn't easy to intimidate a person who was a full head taller. I stared down at her.