Read Dealing with the Past Online

Dealing with the Past 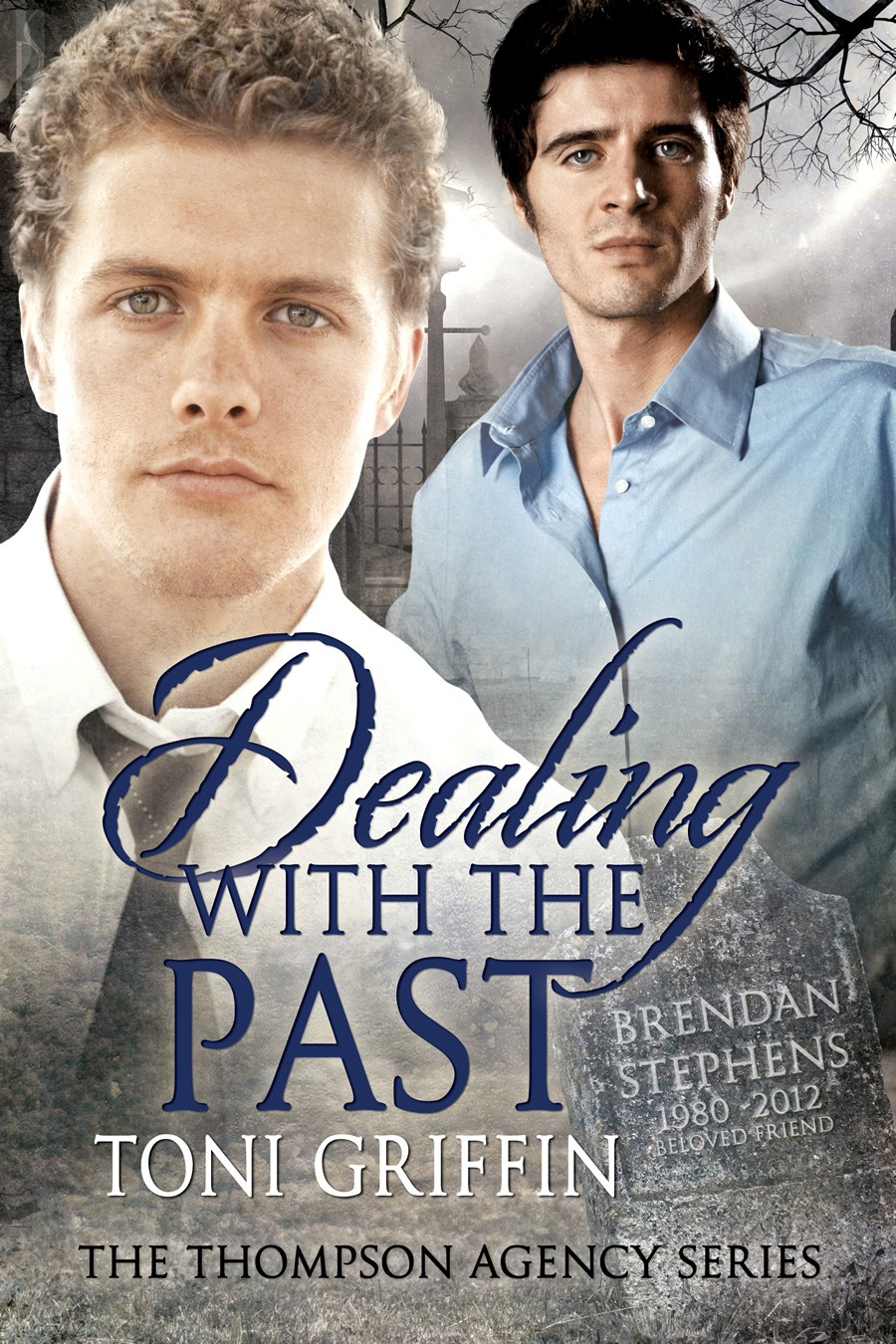 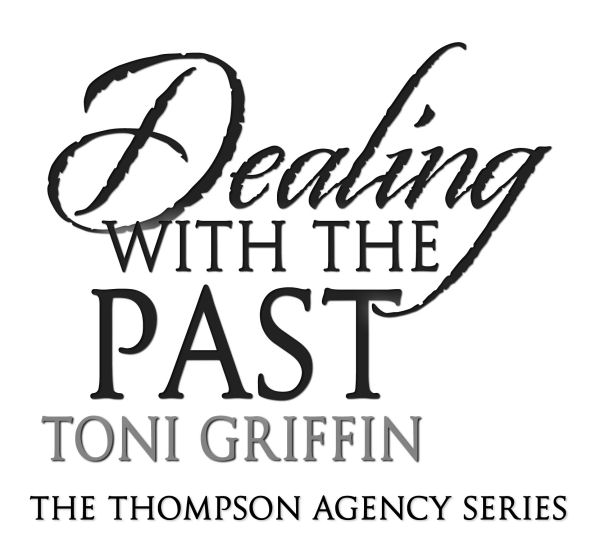 Dealing with the Past

All cover art and logo copyright © 2012 by Silver Publishing

ALL RIGHTS RESERVED:
This literary work may not be reproduced or transmitted in any form or by any means, including electronic or photographic reproduction, in whole or in part, without express written permission. This book cannot be copied in any format, sold, or otherwise transferred from your computer to another through upload to a file sharing peer to peer program, for free or for a fee, or as a prize in any contest. Such action is illegal and in violation of the U.S. Copyright Law. Distribution of this e-book, in whole or in part, online, offline, in print or in any way or any other method currently known or yet to be invented, is forbidden.

This book is written in Australian English.

To Freddy. You know why… *Tackle hugs*

In his words: To my arsehole brother whom I love dearly and without his words of encouragement and gentle nudging I wouldn't have been able to meet my deadline.

Jackson Thomson sat at his desk, slowly working his way through the unending pile of e-mails currently clogging his inbox. His last appointment for the day cancelled so he found himself with an unexpected amount of free time on his hands. It was a welcome reprieve after all the work he had been doing recently. Considering he was part of the family business, free time was valuable and needed to be used wisely.

Being a necromancer meant Jackson didn't keep regular office hours like most people. There was no way in hell he would be getting up to go into the office at eight in the morning after spending god knows how many hours in a cemetery the previous night. He could raise three or four people per night though. However, he was limited to fifteen minutes of being able to converse with them before his power started to give out on him, unlike his brother.

Jackson just recently found out that he wasn't anywhere near as powerful as his youngest brother, Jayden. Jayden had raised his mate's brother and allowed the pair to talk and write a book for almost the entire night. This had also gone on nearly every night for a month. Jackson had been both angry at his brother for keeping his ability from his family and in awe of what his baby bro could do.

Jackson needed roughly an hour of time between appointments so he could recoup his powers. So, Jackson usually got to work sometime between nine and ten then left about four in the afternoon. This, along with spending anywhere between three and five hours in a cemetery most nights had him feeling exhausted ninety per cent of the time and was usually the reason behind his foul moods.

He had tried to sleep during the day, before he went to the cemetery, but he'd ended up with a headache every time and that left him feeling out of sorts. So instead he slept after he was done for the night. Jackson usually managed to crawl into bed somewhere between one and two most mornings, if he was lucky a little earlier.

He knew his exhaustion had been one reason behind the way he'd treated Jayden when everything had come to light earlier in the year. That and the fact his baby brother had found his mate when Jackson had been looking for his for the past ten years. He hadn't thought it fair that Jayden seemed to get everything. All the power and a mate. Jackson knew he had been a complete and total ass to his youngest brother. However, his mouth had just seemed to run away from him before he could even think about what was coming out of it. His jealousy and envy had burned hot and bright and unfortunately resulted in the vitriol that had spewed forth from his mouth.

Jackson knew he had hurt Jayden, hell, apparently he'd been doing it unconsciously for years. That little fact had knocked him for six. Jackson had always been Mr Popular in school, he was good at any sport he tried and had always found classes and study easy. He supposed this had allowed him to get a rather large ego and apparently, an attitude to match. The fact that his baby brother had come out of left field and announced he was more powerful than Jackson had smarted a little and helped fuel his emotions.

Causing any of his family pain was unacceptable to Jackson and finding out he'd been doing it for years hit him hard. After Jayden had been shot—when he'd accidentally raised six murdered women, something Jackson still had trouble wrapping his mind around—Jackson took time to talk things out with his brother afterwards. Jayden had been hesitant at first, which made Jackson's heart ache that he'd hurt Jayden so badly he hadn't really wanted to talk with him.

Thankfully Jayden's mate, Noah, had encouraged Jayden to listen to what Jackson had to say. They had talked for hours, along with their other brothers, and managed to resolve a lot of their issues. Jackson couldn't say things were perfect, as it had only been a few months, but he now knew the way Jayden had viewed him for years. Therefore, he could fix the problem. Things were a great deal better than they were and, hopefully with time, they would continue to improve.

Jackson cringed when he remembered the dressing down his mum had given him and his brothers over their treatment of Jayden and even Noah. He knew things must have gotten bad for her to get involved. Jessica Thompson was sorely outnumbered by men in their family. Eight to one was not good odds anyway you looked at it. But Jackson thought his mum and dad had done a fantastic job raising him and his six brothers. With so many boys under one roof, there were bound to be fights. His mum and dad had allowed them to work out their differences themselves, only stepping in when they thought it was truly needed.

It'd been needed this time. Jackson hadn't even been aware of the way he and the rest of his siblings were treating Jayden.

He was glad Jayden had found his mate and Noah was a good match for his baby bro. The man was protective as hell and had no trouble telling Jackson exactly what he thought of him. Thankfully, as Jackson and Jayden had worked through their issues, Noah thawed towards him.

Jackson shook his head, trying to get his mind back onto the job in front of him, but it didn't seem to be working. His brain felt foggy from lack of sleep and staring at the computer screen was doing nothing but straining his eyes.

He had just come to the decision to pack up and leave a little earlier today and hopefully get some shut-eye before his first appointment at the cemetery tonight when there was a knock on his door.

"Come in." Jackson groaned, it seemed he wasn't quite fast enough.

Jayden walked into his office looking a little frazzled. He glanced around and seemed relieved when he noticed Jackson didn't have a client with him. Jackson knew right then he was about to kiss goodbye any chance he had of leaving work early.

"What can I do for you, Jayden?" he asked, knowing he wasn't going to like the answer.

"Umm… Can you take my last appointment of the day? I've just been asked to consult on a murder case and no one else is available." Jayden didn't look too happy about being called away. Since his powers had been revealed with the pending release of his dead brother-in-law's last and final book, the agency had been getting inundated with requests for help that was previously unavailable. As Jayden was the only one who could help, his poor brother had been run off his feet. Jackson was even surprised Jayden had any clients that he could help out with.

Knowing he would do anything to help his brother after the way he had treated him Jackson nodded. "Yeah, man, no worries. Go do what you need to. When's your next appointment due?" he asked.