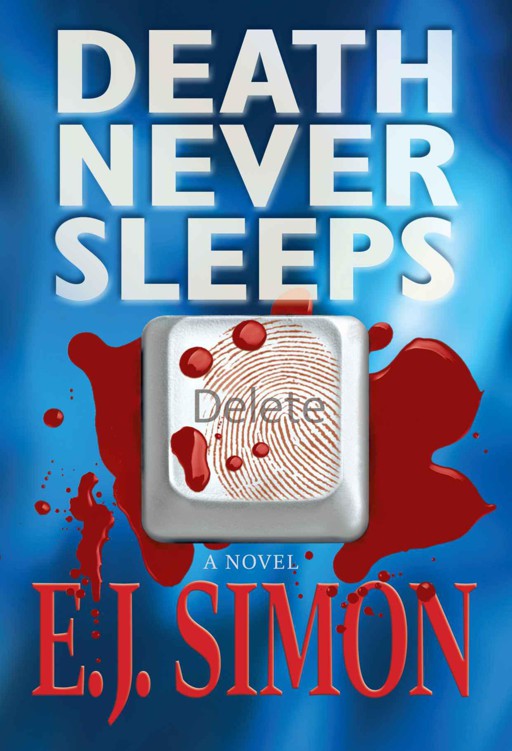 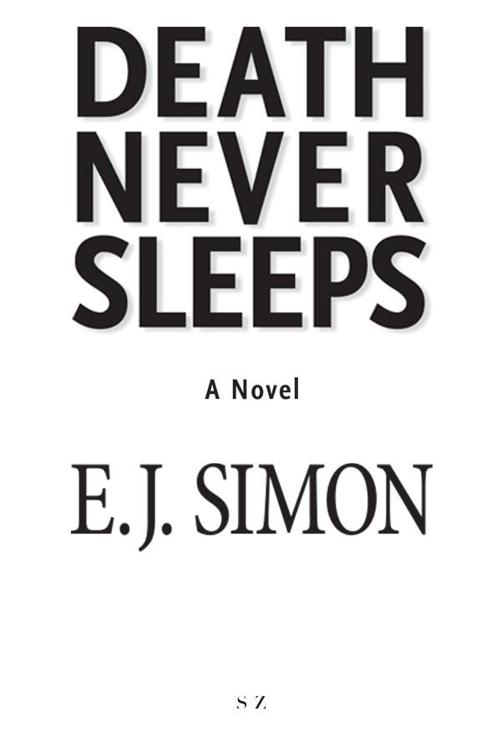 This is a work of fiction. All of the characters, names, incidents, organizations, and dialogue in this novel are either the products of the author’s imagination or are used fictitiously.

I believe we all have a story; most never get written. Without her love and encouragement, this one would have remained a dream.

A
lex Nicholas had often wondered what the last moments of his life would feel like. Would it be a shortness of breath, a cold sweat, a stabbing pain near the heart? Or perhaps a tender piece of Smith & Wollensky’s New York strip lodged in his trachea, refusing to go down. He was in a dangerous business, which might have been what led to this morbid fascination. More likely, Alex thought, it was the result of attending all those gloomy Greek Orthodox funerals as a kid.

Or was it that shadow of a person nearby, someone watching or following him that he had caught a glimpse of a few times over the past few days? He wasn’t sure what it was, but something was wrong.

He sat in his den, admiring his sleek Apple laptop. Although it looked like the same computer owned by millions of people, it was far more powerful. Inside the polished aluminum case and underneath the smooth white keyboard were over a million dollars of state-of-the-art upgrades and enhancements sourced from diverse specialized companies located all over the world and combined together by an obscure but strangely talented computer genius who just happened to live across the street. The combination had resulted in a breakthrough, Alex knew, that would change everything.

For a full minute, Alex just stared at his image on the screen. Using his laptop, he had taken the photograph of himself, and now he thought carefully about which words he wanted to place at the bottom of the screenshot. Then it came to him, the phrase that he had read days ago and that had stuck in his mind ever since. He began to type, watching the words appear below his image:
Life is a dream; death is waking up
.

Alex laughed.
That will get their attention,
he thought.
Someday, hopefully not anytime soon.
Alex smiled at his mirror image.
I can’t wait to show this to Michael.

Alex often thought about his brother, Michael, the only remaining link to the family of his childhood. He wished they were closer, though there were plenty of reasons why they weren’t. Alex suspected it was either the business he was in or the women he married. He knew Michael wasn’t comfortable with either. But now that he had completed his secret project, Alex Nicholas was determined to get closer to the brother that he sorely missed. Alex decided he would call Michael later—as soon as he’d had something to eat.

Moving quickly now, he signed off and closed the laptop. Alex carried the computer into his master bedroom and entered the spacious walk-in closet, quietly closing the door behind him. Inside there was a row of custom-made wooden shelves, running from the ceiling down to the floor, each shelf jutting out at an angle, designed to hold and display two pairs of shoes. He removed the shoes sitting on the fourth shelf from the bottom and, gripping the polished teak, pushed it upward. The specially designed panel easily lifted up, revealing a hidden compartment. Alex placed his unique laptop snuggly into the empty cavity and returned the shelf to its original position.

As he headed down his stairway and out the front door, Alex thought about the amazing breakthrough that was contained inside his computer and lightened his step. He was no genius when it came to electronics, and he didn’t understand how it worked—or even
why
it worked—only that it did.

And because it did, Alex knew now that he would live forever.

D
espite the uneasy feeling that had plagued him over the past few weeks, tonight Alex had no complaints. He was almost feeling good.

Grimaldi’s, an old Queens bar and restaurant, was buzzing despite the early dinner hour, an ominous sky, and the first snow falling outside. Frankie Valli’s hit song “Sherry” played for the thousandth time on the jukebox.

Veal parmigiana sizzled on the plate, the cheese and rich, red tomato sauce bubbling, a work of old-fashioned Italian-American art. Alex was about to cut into his first slice, when Maria came over to his table.

“Alex, how are you? You’ve been a stranger the last few weeks.”

Maria was one of the sexiest women Alex had ever known—tall, slim, long dark hair, and exotic Mediterranean looks. Her deep, smoky voice only added to her unique appeal. She was forty-eight years old but exuded the confidence of a good-looking woman who knows she doesn’t need to conceal those years.

“I’ve been busy,” Alex groaned. “Everybody owes me money. I’d be rich if people would pay their fuckin’ debts.” He had sold Grimaldi’s to Maria twelve years earlier. She still enjoyed seeing him every time he came in.

“I think you’re still rich. Someone must be paying up,” Maria shot back. “And I don’t think that sport coat is from Walmart.”

Alex looked down at his custom-tailored navy sport jacket as though it was the first time he had seen it. “What? It’s from the Korean tailor in Flushing. I don’t think it even fits right.”

Alex Nicholas ran one of the largest sports gambling and loan-sharking operations in the city. He had that outer-borough, tough-guy appeal that women like Maria found irresistible, despite the fact that his body was showing the toll of fifty-five years of too many fast women, marriages, double scotches, and evenings that stretched out to early mornings. There had been many times Maria and Alex had longed to go to bed together, but somehow, between the business, the scotches, and their spouses at any given time, it just never happened.

Maria sat down with her gin and tonic and joined Alex while he devoured his veal. She wore a tight, clingy black dress that showed just enough cleavage for him to enjoy the view. “Alex, you know if you’d stop complaining all the time, you might find your life’s not so bad.”

“Oh yeah, you think so? I’m supporting everyone I fuckin’ know or ever met, including three wives—and I’m only married to one, and she goes to bed at nine o’clock,” Alex replied with his mouth full.

“You love it and you know it, Alex,” Maria said with a laugh and a sly smile. “People need you, and I think you like it that way.”

“Hmm,” was all Alex could muster while he continued to methodically work through his meal. Two Chivas Regals had begun to soothe his edgy nerves, and the veal parmigiana was having the same effect on his stomach. Maybe Maria wasn’t too far off, and maybe life wasn’t so bad.

“You know, your brother told me once that he thought you never really recovered from losing that girl Molly when you went away to college.”

“Who knows? It might not have worked that well either. I was crazy, and she might have been too.” Alex’s face and expression turned reflective, almost sad. “I’m not sure I was ever cut out to be married. I’m never getting fuckin’ married again, that’s for sure.”

“I was also surprised when he told me the story. I didn’t even know you went to college, Alex.”

“In my business, the dumber people think I am, the better. I don’t exactly brag about it. I was only there three years. I played baseball and fooled around. After high school, I had an offer to sign a minor league contract with the Pirates, but, you know, my parents were Greek immigrants. My father was a furrier, had a shop on Fifth Avenue but wanted his kids to go to college and become bankers or whatever corporate shit. Anyway, it wasn’t for me.”

“I went to Miami and played ball until I blew out my knees. Then I came home, got my insurance broker’s license, took bets on the side, and finally found the closest thing I could do to playing ball—I became a bookie. That’s how it all began.”

“Jesus, Alex, that’s some story. I can’t believe you never told me this before.”

“Yeah, well, not everyone thinks it’s such a great thing.”

“It’s funny how your brother went so corporate, working for a big company. You two are very different, aren’t you?”

“I guess so. He heads up some big company in the city. I’m proud of him. My parents never lived to see him like this. They died when he was in his thirties or so. He’s always traveling all over the world. I couldn’t do what he does, even if I knew what it was that he does.”

“Well, Alex, he couldn’t do what you do, either. Plus, despite your son-of-a-bitch persona, everyone—or almost everyone—likes you.”

“I don’t really give a shit whether people like me or not. I don’t think about stuff like that. I got other things to worry about.”

“Look around, Alex. Half the guys in this place tonight are your friends, even the cops. How many people in your line of work get along well with cops?”