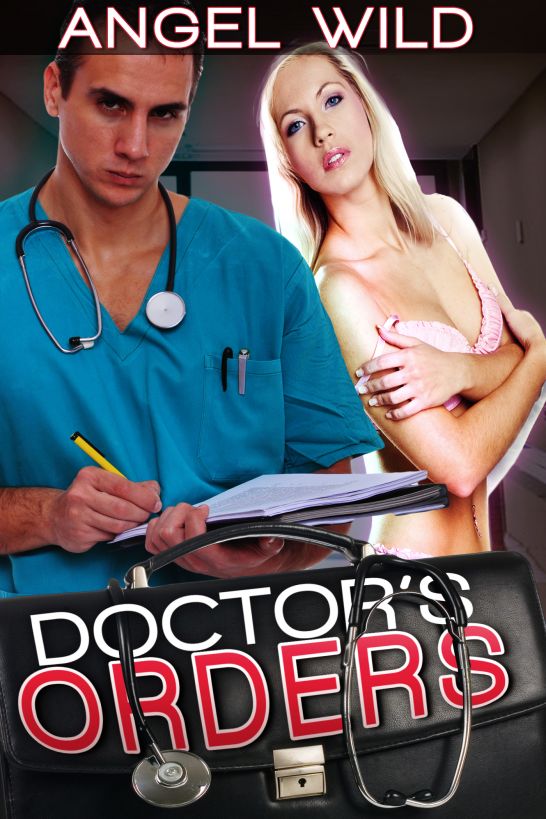 Warning:
This book
is non-transferable. It is for your own personal use only. If this
book is sold, distributed, shared or given away, it is considered
an infringement of the copyright of this work and violators will be
prosecuted to the fullest extend of the law.

This book is intended for adult audiences only. It contains graphic
sexual scenes, explicit content and graphic language which may be
considered offensive to some.
This is a work of fiction. All names, characters, locations and
places are solely the product of the author’s imagination. Any
resemblance to actual persons, living or dead, including events,
areas, locations and situations is entirely
coincidental.

This ebook is licensed for
your personal enjoyment only. This ebook may not be re-sold or
given away to other people. If you would like to share this book
with another person, please purchase an additional copy for each
reader. If you’re reading this book and did not purchase it, or it
was not purchased for your use only, then please return to
Smashwords.com and purchase your own copy. Thank you for respecting
the hard work of this author.

Getting a leg up in life
can be difficult, with certain hurdles presenting themselves and
providing a significant challenge for even the most successful and
affluent people. Such was the case for Amber Reynolds, who after
several long years training to achieve her medical degree, found
herself looking for internships to complete her education and
progress into her career.

She had always been a star
pupil at school, and even upon reaching college she maintained her
steadfast attitude towards her studies, almost never choosing to go
out partying over reading up on some obscure illness or memorizing
notes on how to treat certain afflictions. Naturally, she wasn’t a
complete nerd, and occasionally she would venture outside of the
pages of her textbooks to paint the night red, even going so far as
to invite a fellow undergraduate into her bed. It was never much of
a problem, either, as her cute smile and flowing blonde locks were
utterly and inescapably alluring to even the most tepid-blooded
male. Her perky young breasts and slender hips proved to be
irresistible to any man she set her sights on, and although she was
by no means a slut, during her college years she managed to rack up
an impressive tally of male conquests.

As she approached the end
of her studies, she began to regularly check the weekly job
advertisement email that the college kindly sent around to all the
departing pupils. Week in week out she found nothing that sparked
her interest, until near the very end of her final semester when
she noticed one ad that seemed almost too good to be true. It was
for an internship at a prestigious gynecological clinic, and would
entail working under the mentorship of one Dr. Evans, a published
OGBYN.

Amber had read several of
his academic papers, all of which were noteworthy with a few being
referenced in her own coursework. To be an intern under him would
have been a dream come true, and so she set about filling out the
application form and writing the most flattering, borderline
sycophantic covering letter imaginable. A week passed with no reply
and Amber feared for the worst. Despite her confidence and
exemplary record, the idea of getting the job still seemed
improbable to her, and she had almost given up hope when she opened
her small dorm letterbox to see a large white envelope crammed
inside. The paper had been crumpled and ripped slightly by the
mailman’s careless attitude, but she didn’t care – the contents of
the letter more than made up for its shabby appearance.

She had been offered an
interview to take place a few days later, and while she knew that
impressing the doctor would be a sizeable challenge, she had set
her eyes on the target and wasn’t going to let it out of her sights
until it was firmly in her grasp.

The interview itself was a
surprisingly easy affair, with Amber breezing through every
question that the doctor asked. She was alone with him in his
office, reeling off one perfect answer after another while he
slowly undressed her with his eyes. She didn’t mind though, as upon
meeting him for the first time she was struck by not just how
intelligent and brilliant he was, but also by his rugged good looks
and impossibly charming persona.

Occasional speckles of grey
were littered throughout his forest of short, dark hair, and his
perfectly clean smile sparkled in the reflection of the fluorescent
lights overhead. His deep, imposing voice trembled down through the
floor and up Amber’s legs, making her clitoris tremble with
excitement with every word that he spoke. She had to pause a few
times to gather her thoughts before answering his questions, but
suffice to say he could not find a flaw in her responses. He had an
enigmatic shade to his character that she couldn’t quite figure
out, as if he was thinking something entirely different to what he
was saying. She entertained the thought that he was fantasizing
about her, even flirting with him briefly before remembering her
place – it was an interview, after all.

“
I’d do anything to get
this job!” she stated as she rose to shake hands with the doctor,
smiling just enough to imply some innuendo.

“
That’s good to know...” he
replied, winking so slightly that she wasn’t even sure that it had
happened, or if she had simply imagined it. She left the interview
confident that she had been so well prepared that she had answered
every question flawlessly while exposing just the right amount of
cleavage to entice his more basic desires.

Despite the highly
competitive nature and large number of applicants, she snagged the
internship easily and began the following week. The role allowed
her an impressive package of benefits and vacation time that bested
all of her friends, some of whom had struggled to find even the
bottom rung of jobs.

The job was hard work and
Dr. Evans made sure that Amber constantly had a full workload, and
whether she was filing paper work or observing him as he performed
his daily surgery, she maintained an attitude of absolute
appreciation for the opportunity that she had been afforded. The
first few months flew by as she absorbed every scrap of knowledge
and wisdom that her mentor passed her way, and while she maintained
a wholly professional approach to her work, her attraction to the
doctor grew by the day. Hardly an evening would go past without her
climbing into the shower after a long day at work and aiming the
nozzle on full power directly onto her pulsating clitoris. The
number of fantasies she came to harbor about her mentor bordered on
the obscene, and it was only through her frequent masturbation that
she was able to restrain her emotions while she was at work. Of
course, with her stunning good looks and firm ass hidden inside her
tight fitting work trousers, the doctor had more than his fair
share of dirty thoughts about his intern as well. However, his
fantasies were of a much darker, more sordid nature.

Their working relationship
was mostly professional and well mannered, but their increasing
lust for each other started to show its face roughly mid way
through Amber’s internship. He stopped trying to hide his amorous
peeking down her cleavage, and she was not shy about squeezing past
him and rubbing her glorious ass cheeks across his crotch should
the opportunity arise. They never acted upon their feelings,
though, as that would have been a terrible violation of
mentor/intern etiquette, not to mention the various rules
prohibiting such activity. However, shortly after the New Year
celebrations, Amber returned to work to find Dr Evans in his
office, smiling and patting an envelope against his chin. She
walked past his door and peered inside, and it seemed that whatever
was amusing him had very much to do with her.

“
What’s the matter?” she
asked, stepping in to the office to enquire about his strangely
good mood. His eyebrows furrowed as if his mind was still busy
scheming, but as he stared back at her he gave no impression of
what was running through his mind. He daren’t, as despite how much
he wanted to continue with what he was about to propose, he knew it
could potentially change both of their lives forever.

“
I’ve got some news for
you...” he started, seemingly choosing each word carefully as he
finished the last. Amber stood in the doorway with a look of
confusion ruining her adorable smile. Once again his mysterious air
rendered his thoughts totally impenetrable, and she found herself
secretly cursing his secretive manner.

“
Okay...” she replied,
waving for him to continue unspooling whatever it was he had to
say.

“
Over the holidays I made a
few... enquiries, shall we say.” he responded, grinning from ear to
ear and almost licking his lips at the prospects of what he was
about to suggest, “It seems that there is a precedent for surgical
mentors to provide their interns with a
recommendation...”

Amber nodded as her smile
came back. She wasn’t sure what he was going to say, but from the
sounds of it she stood to benefit greatly. She listened carefully
to everything he had to say, and as he continued, she could feel
his eyes burning into her skin as he pored over the juicy lumps in
her blouse, and then down over the sleek curves of her hips. His
pervy ogling of her body was much more blatant and suggestive than
normal, and with his free hand buried beneath his desk she wondered
if he was pleasuring himself out of sight.

“
It is within my power to
grant you an early completion of internship, which as I’m sure
you’re aware would complete your training...” he said, dangling the
juiciest carrot possible in front of Amber’s face. She could barely
contain her joy, almost leaping up and yelping out as another
realization settled in to her mind.

“
So... would you give me
the recommendation?” she asked, knowing full well that the catch
was yet to come. He stared at her for what seemed like an eternity,
and finally ordered her, “Close the door.“

She pressed it shut with
both hands on the handle and turned to face him, noticing that once
again his eyes had drifted south and were slowly and mentally
caressing her ass. She didn’t let it faze her, though, as she knew
that what he was offering was definitely worth hearing his caveats,
whatever they might be. Little did she know just how he had lusted
after her for those few months they had worked together. She
stepped over and pulled the guest seat out from under the opposite
side of his desk, but before she could move around and sit down, he
barked “No, stay standing.”

“
Er... okay?” she said,
pushing the chair back under the desk. His demeanor had changed
from his usual charismatic self, as if he had been replaced by a
much more controlling and sadistic version of himself.

“
I would be more than happy
to write you such a recommendation...” he said, “However, I think
you’ll agree that this is a particularly big leg up I will be
giving your career...”

“
Of course, I can’t thank
you enough!” she nodded profusely, groveling and sucking up to him
as best she knew how.

“
Do you remember your
interview?” he asked, suddenly and frustratingly diverting the
conversation.

“
Yeah, how could I forget?”
she replied, shaking her head as she tried in vain to work out
where he was going.

“
I’ll do anything to get
the job...” he said, reminding her of her pledge on that fateful
day, “Those were your words, were they not?”