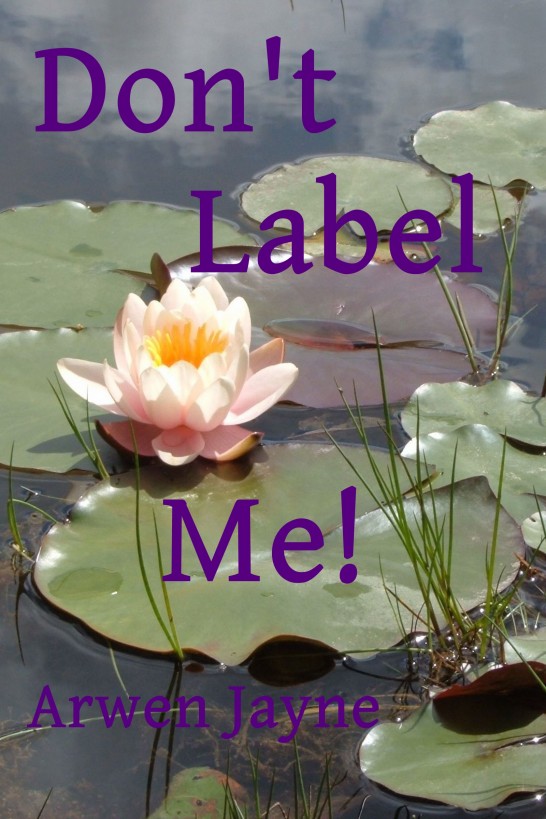 While reference has been made to some actual
historical events or persons and some real locations all other
names, characters and places are fictional; the product of the
author's over imaginative mind. Any resemblance to actual persons,
living or dead, businesses or places is purely coincidental.

This book contains sexually explicit scenes
and language that may offend. The author is not responsible for any
loss, harm, injury or death resulting from use of information
contained in this title.

This book would not have been possible
without the help and encouragement of my friends, my partner and my
family. Thanks go to my wonderful editor Jen for volunteering her
precious time, giving much needed polish to this work and being a
sounding board on the metaphysics. Any remaining errors in the book
are my own. I've tried to go with American spelling except where
I've used Australian slang. To my partner for his never ending
patience, encouragement, advice on weaponry and other technologies.
To Mary for always asking “when’s the next one out?” To have the
encouragement of my friends and family in fulfilling my lifelong
dream to write means more than I can say. A special thanks to all
who have read my other books and have encouraged me to continue the
series.

If you read this and think you might have
missed something I wrote the novella Guardians of the Rasselas as
an independent piece that might be considered book 4.1 in this
series. You may like to read it before you read this one but you
won’t miss anything vital if you don’t. Just understand that there
is another community of evolved humans and Malakim out there, the
Rasselas, that has joined with the dimension Boswell now exists
in.

23
Phoenix
at
the
therapist

Encyclopedia
of
Malakim
,
Human
and
other
sentient
interaction

The
sentient
species
on
the
planet
:

The
spiritual
paths
of
the
Malakim
:

For
more
about
the
author
and
her
books
visit
:

Books
by
the
author
:

George needed to go home. He knew his
homeland was in the grip of a drought. He’d seen enough of the
heart rending pictures on the TV adverts asking people to donate
for the famine relief funds. Diseases like yellow fever and worse
were breaking out. Tensions in the south of the country were
brewing between the majority Muslims and the minority Christian and
animist population. He knew his father had moved the family from
their ancestral home in Khartoum to Darfur in the south where
people were more sympathetic to non-Muslims. They were descended
from a British merchant who had decided to stay and marry his love,
adopting the Sudan as his home when the British left. The whole
family were nominally Church of England. Not that George went to
church much these days. He put his faith into practical action
rather than surviving sermons. He preferred to mow lawns for the
elderly in Oxford during the week and spend his Sundays manning the
lunchtime soup kitchen for the homeless in London.

Now as he watched the latest news on the BBC
he worried how his own family was faring. He’d just finished his
masters degree in engineering. He was an almost certain contender
for a scholarship that would let him continue on to a doctorate.
His research field, emerging sources of energy, was leading edge
and grabbed both his passion and imagination. Yet, maybe, he could
take a break to check on things with those he loved. He’d give his
family a ring in the morning, then make his decision. There was
something about Sudan’s new self declared president he just didn’t
trust.

Just before dawn George woke with a shiver.
He’d left the heating on for the night but maybe the power was off.
He pulled the covers up and tried to resettle, he’d worry about it
in the morning.

Stunned, George shook himself and looked up.
Unbelievably his father stood at the foot of his bed. At least it
looked like his father but it couldn’t be because there was nothing
on this planet that would ever get his father on a plane. From an
early age his father had always clearly stated that planes had all
the flying properties of a brick and that he had more sense than to
ever get on one. George dismissed the reality of what he saw.
Obviously he was just missing home and having a half-dream about
his father. He ignored the apparition and laid back down to sleep.
Engineers didn’t conjure people.

George Morrisby senior laughed at his son’s
antics. “I’m real son. At least as real as a dead person can
be.”

That got George’s attention. Sitting bolt
upright again he stared at the apparition. “Dead, what do you mean
dead?”

“
A hit squad came to our town and
rounded up all known non-muslims. We tried to hide your sister but
they found her even before they dragged us from the house. We’re
dead son. I only came to say goodbye and to tell you to not come
home. I sensed your worry and came to warn you. There’s nothing
left for you here.”

“
But dad...” His father would know he
had to check this out for himself.

“
George, I know what you are thinking.
If ever you believed me believe me now. An angel intervened to help
me come here with this message. Finish your doctorate then go to
Australia. A future awaits you there.”

“
And what of you? What happens now.
Who will bury you?”

But the apparition didn’t seem to hear him
now. “The light beckons son. It’s time for me to go. Know that what
you are going to do in the future will help us all. We all love
you. Goodbye.” The ghost faded into the shadow even as it spoke its
final words.

George’s adrenalin was pumping through him
like fire. He grabbed the phone at his bedside and tried to put
through an international call to his father, no answer. He ran to
the shelf for a phone book and found the number for the airport.
“Yes, could you tell me when the next available flight is to the
Sudan. Yes I’ll hold...”

A sniper’s bullet whizzed past his ear.
George hunkered down lower behind the concrete ruins of what had
been his family’s home. It was too late now to worry about the
wisdom of coming here. He’d had to check on his family, he’d had to
see for himself. No way had his rational mind been willing to
accept the words of ghost. It had to have been just a waking
nightmare. At least that’s what he told himself as he continued to
get no answer to his frantic calls to his family. He kept telling
himself that as he boarded the plane. But here, now...George
sighed. It wasn’t the first time his science trained skepticism had
got him into trouble. Maybe it was time to admit his extreme
skepticism belonged in the science lab, not real life. He’d remind
himself of that if he ever got out of this debacle.

The insurgent troops were circling in. He’d
have to try and make a run for it.

“
What the fuck are you doing here
George? I go and break umpteen cosmic rules to send you a warning
and you still turn up here.”

George started in surprise. There was a man
hunkered down beside him where there hadn’t been a man a second
before. The man was slightly more tanned than the usual caucasian,
wiry muscled and on the taller side of average. Close cropped
coppery colored hair and the penetrating gray eyes gave him an
almost military look but George sensed that was only a surface
layer hiding an even more formidable, vast reservoir of power and
knowledge. As if sensing George’s assessment of him the man
confused him even further by grinning almost boyishly and passing
him what even he in his ignorance of such things knew was an
AK47.

“
Don’t worry George. It’s simple to
use. Safety’s here, switches it to semi-automatic or automatic.
Automatic means it will fire and keep firing until you switch it
back but it can be a bit unwieldy. You might want to stick to using
semi for now. Just don’t point it at anything you don’t want to
shoot.”

The man then readied his own weapon. It
wasn’t anything George recognised but it looked to be of heavy duty
military issue. Precision made from the latest materials. German he
guessed. He’d love to take a look at the operating mechanism.

Again the man seemed to sense George’s
curiosity, patting him on the shoulder. “It’s a Heckler and Koch
G36, you can study it later.” He pointed at the assault team headed
their way. “Right now we need to get you out of here. I’ll lay down
some cover fire and you run for it. That way. Are we clear?”

“
Crystal.” What wasn’t crystal clear
was the weird notion trying to form in his head. That this gun
toting rescuer was the so called angel that his father’s ghost said
had sent him. Nah! He was sure a logical explanation would present
itself later. Right now he ran for it.

The harbor of Trincomalee was supposed to be
a safe harbor. This morning it was anything but. Renowned for its
unspoilt beaches, its hot springs, the medieval Koneswaram temple
and its naval and air force bases the port city was a mecca for
both the tourists and the military. This morning it was struggling
to survive the holocaust that had unbelievably smothered it in the
night. Somewhere, thousands of miles away, off the west coast of
Sumatra, Indonesia, a monster of an earthquake had shaken the
planet. With deadly stealth the resulting tidal wave had raced
across the Indian ocean, boiling almost 2km inland into
Trincomalee’s harbor.

Sathi stepped as respectfully as she could
around broken bodies and debris, ducking now and then to hide from
both the looters and the military who patrolled the desolation.
She’d heard the news when she’d been on the train coming home from
a stay in the mountains with her mother’s Suddah relatives. She
hadn’t believed it. Not until her train had been forced to stop
outside the town because the rest of the track blocked. She’d
hauled her small pack on her back and walked the rest of the way.
Now she stood outside the gate of her home. By some fluke the tall
imposing wrought iron gate, set sturdily in its ancient granite
posts had withstood the wave. The rest had not. She stared
unbelieving at the wreckage that faced her. Little remained. The
retreating wave having scoured the site clean, sweeping all in its
path back out to sea. She knew instinctively her parents, her
brothers and their wives and children were all gone. Not even a
single bird or monkey sounded a note of life in the broken remains
of trees that that had once been the family’s mango orchard.