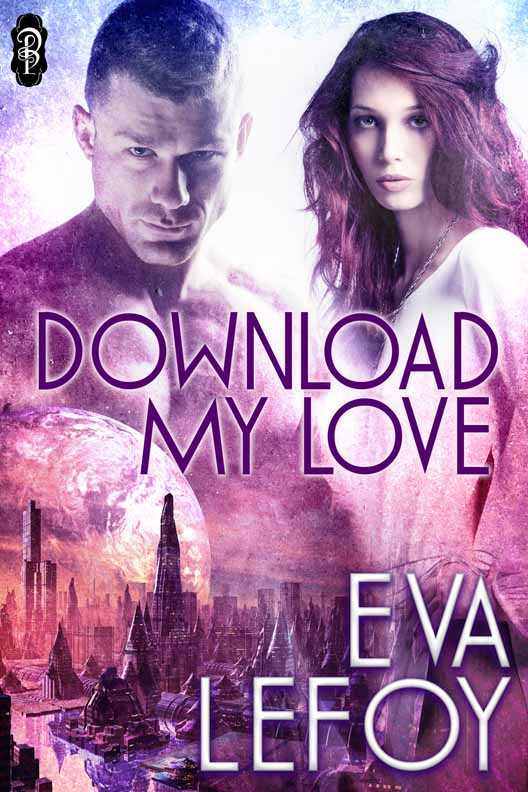 One Night with the Bridesmaid by Sara Daniel

Being Prince Charming by D.L. Jackson

Stroke of Midnight by Kelli Scott

Beauty and the Brigadier by D.L. Jackson

Truth or Dare by Elizabeth Morgan

The Trouble with Memories

To my other robot gals, Diane Saxon and Allyson Lindt:

“Give him another dose.”

The tech gasped. “But the increased adrenaline will surely kill him.”

“I don’t care. Do it. I must have the information.”

“Yes, Mr. Blackler.” The tech did as ordered, shoving another 60 cc’s into the man lying comatose on the table.

Blackler glared at his nemesis, willing him to wake up so he could make him suffer. Of course if he’d hired better help, Simon Gold would already be awake, not lying immobile on the table with a concussion. Blackler twisted his neck to the left and yelped as two wires emerged, wound themselves around each other, then plunged back through his flesh to attach to his spinal column. The sting as the wires attached to the central processor at the base of his skull reinforced his ardent desire to burn all the tech from his body. And just as soon as Gold gave him the code, he’d do exactly that. Nothing would stop him now.

“More, give him more. I don’t want him slipping away.” He cracked his knuckles, ignored the resulting whir of nanos fixing the cartilage in his hand, and waited. They’d scanned every inch of Gold’s body with the latest equipment and not located the data. Maybe Gold had merely memorized the code, which meant he would have to delay killing him. Torture however, was definitely on the menu.

Simon Gold’s eyes opened. He jerked his hands against the metal restraints. They held. He looked down at them, then up at Blackler. His face paled.

“Ah. There you are, Simon. Glad you could make it to my little party. Remember me?” He leaned close to the older man’s face and saw the flicker of recognition in his eyes. “Good. Then you know what your tech has done to me. Now tell me, where did you hide the code?”

“Ilious.” Gold spat out his name like a dirty word. “I always knew this day would come.” He wriggled on the table, but his feet were latched down tight, too. No escape possible. “What code are you ranting on about?”

“The one I know you have implanted somewhere on your body so you’d never lose it. The termination code for every mechanoid you’ve ever designed. I want it. Give it to me.” He bent lower to watch Gold squirm.

The scientist sighed and shook his head. “Still wanting to destroy my work, eh? Aren’t you forgetting something, Ilious? You’re almost entirely mechanoid now. If you used such a code, you would terminate, too.”

“I’m
part
mechanoid,” he hissed. “And I want my humanity back.”

Gold’s eyebrows rose. “What makes you think this will give it to you?”

“Because it will. I
know
it will.”

Gold coughed out the side of his mouth. “I tried to warn you, but you wouldn’t listen to me. You lost your humanity a long time ago, Ilious. A code certainly won’t bring it back.”

Blackler motioned one of the techs closer. “Not for you to decide.” He pointed to the laser cutter, waving for the tech to bring it near the bed. “Now, we can do this the nice way, or…I’ll take you apart bit by bit and search every body cavity until I find it.”

He snorted. “Impossible. Security Core must have my location by now. You’ll never finish dissecting me in time.”

“Security Core? How would they…? Oh, you have a tracking device implanted as well? Well, no matter.” Blackler’s lips formed a creepy smile. “I can always take the shortcut.” He grabbed the laser pointer and positioned it above Gold’s chest. “I know you have a faulty heart, Simon. And even though you have a glass-flex replacement valve of the highest quality, this laser will cut right through it. In much less time than it will take me to chop off all your limbs.”

Gold clenched his fists until they shook. The restraints creaked but did not break. “Do it then, Blackler. I don’t care. But you won’t find what you’re looking for. It’s long past time you accepted the truth. You’ll never be human again.”

Blackler snorted. “We’ll see.” He rocked back on his heels and considered his next move. “Perhaps we can make a compromise, Gold. You can work for
me
this time, designing weapons to
my
specifications. We can do an equal exchange….”

“Well a little bit of pain might change your mind.” He flicked on the machine and positioned the laser cutter over Gold’s heart valve. He paused and delivered his best line, one he’d been saving for the right moment. “Be a shame to see that pretty little daughter of yours harmed because you refused to comply, wouldn’t it?”

Gold’s heart did a quadruple-beat then galloped into an unstable rhythm. He choked and gasped. The table beneath him rattled as he went into full-body convulsions.

“Fools! What are you doing?”

“Boss, we didn’t do anything,” one of the techs said.

“I haven’t even used the laser on him yet.” Miffed, Blackler batted the mechanical arm away and grabbed Gold by the neck. He had to press hard to hold down Gold’s writhing body. “Tell me where it is. Now. And I’ll save your life. Hurry.”

Gold’s face and neck turned a burnt sienna shade of red. He opened his mouth and let out a weak scream. He sounded like a ghost in the making.

Blackler still had a chokehold on him when his body went limp. “Gold? Gold, can you hear me?”

The scientist’s lips moved. “Save her, Everett,” he whispered. “Hurry.” Then he flat-lined.

“Sir, we’ve got something. Look at this.”

An image appeared onscreen of a data chip implanted deep in Gold’s parietal lobe their initial scanners had missed.

Blackler held out his hand. “Finally. Give me the laser.” He positioned the laser once more, this time above Gold’s head. He didn’t need to make a neat cut, just needed to create a hole big enough to rummage around in the grey matter with his fingers.

“What?” He glanced at the view screen. A bluish arc formed across it, setting off the sensors.
Oh hell
.

He smashed his fist on the table next to Gold’s head. “Data download you idiot! Dead man’s protocol. Find that transmission. Track the trajectory. I want to know the destination.” He flung the laser aside, irritated Gold had outsmarted him again. He stopped glowering at Gold’s corpse and came around the table to see the monitor. “Well?”

“Give me the controls you moron.” He zoomed in the picture and tracked the locator dot, pulling up geographic data. The property sat by itself out in the middle of nowhere, currently registered to Samantha Gold. He sneered at his former boss, who he finally had right where he wanted. “Gotcha, you old bastard.”

Looked like he’d have to hold off on firing his henchmen after all. They had a new job to do.

“You will fly higher than the humans, run faster than the wind, and crash harder when it’s your turn to die.”— Botchoff, Android’s Dilemma.

Everett calmly put down his fork and strode to the nearest air tube. “Emergency Alpha,” he directed, standing tall and straight. The air rushed up and over him. He did not fight it, but let it pick him up and carry him as though he weighed nothing. His stomach sailed up into his throat. If he’d been human, he would have lost his lunch.

“Emergency Alpha confirmed,” the computer intoned. “Thank you for traveling with Core Central.”

He quirked an eyebrow but didn’t bother to respond verbally. In his opinion, conversing with computers never paid off intellectually.

Whoosh!
The tube changed trajectory, now using gravity to pull him down. He landed right outside the Security Core situation room with a heavy thump. The floor flexed adequately beneath his feet to absorb the blow caused by his additional weight. He took a moment to dust off his uniform before entering.

One of the techs in blue coveralls laid a hand on his arm and guided him toward the lab. “Everett, there you are. You’ve got an emergency assignment starting now. We need you on the table.”

Once again he didn’t bother to answer. Talking to techs was about as stimulating as computers. He simply lay on the mission-prep table as he had a hundred or more times before and listened to their incessant chatter as the images and the silver-toned metallic arms began to swing over him, delivering needed information, running system diagnostics, and prepping him for full operation-ready status.

“Okay, you’re going to get the feed. Here it comes.”

“Is he locked down?”

He paid attention only to the last voice belonging to Alex, his human boss. “Yes?”

“Okay, what we’ve got here is a code red rescue mission tagged to your unit number specifically.”

“We don’t know. It’s the first time this has happened in Security Core history, but this is an unusual case. You’ll see all this on the vids in a moment, but I want to give you a little background here. The woman you’re protecting is Samantha Gold. Simon Gold’s daughter.”

He cocked his head and double-checked his hearing. “
The
Simon Gold? As in the creator of all mechanized life forms?”

“Deceased, according to our information. For heaven’s sake roll the vid, Charles. Is it queued? We need to get a move on.”

Everett tuned out once more and pondered what Mr. Gold’s death ought to mean to him. Being a mechanized life form, shouldn’t he consider Mr. Gold his father? Or perhaps more a god? Or should he look upon him as merely a progenitor who happened to make the discovery of fluid computational analysis before anybody else? In any case, Gold’s death meant a loss to society. It made sense he should feel something at this juncture, but he didn’t know what and emotions were too tricky to figure out anyway. The more he tried to feel them the more they vanished into thin air.

Jane Shoup by Desconhecido(a)
A Twisted Bard's Tale by Selena Kitt
Louis L'Amour by The Warrior's Path
Mourning Lincoln by Martha Hodes
Wanted by Heidi Ayarbe
My Life With The Movie Star by Hoffmann, Meaghan
The Sweetest Revenge by Redwood, Amy
The Color of Your Skin Ain’t the Color of Your Heart by Michael Phillips
Refrain (Soul Series Book 3) by Kennedy Ryan
Darkbound (The Legacy of Moonset) by Tracey, Scott