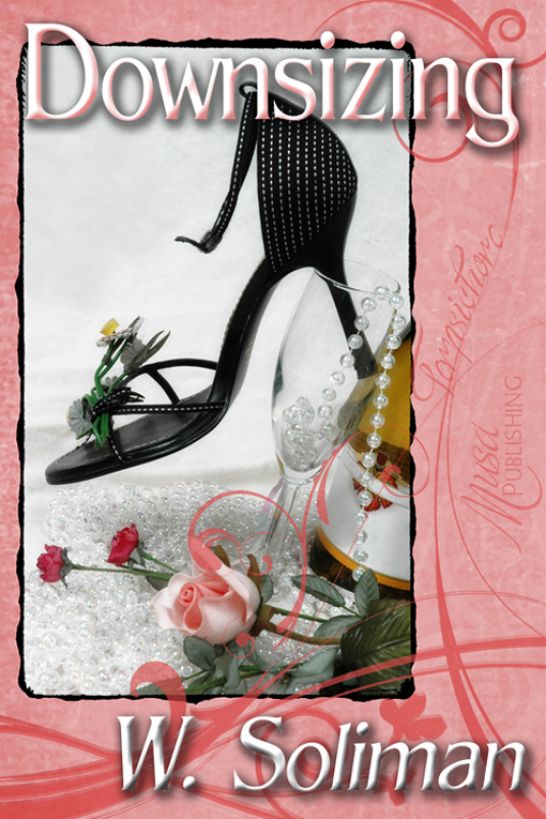 All Rights Reserved. Except as permitted under
the U.S. Copyright Act of 1976, no part of this publication may be
reproduced, distributed, or transmitted in any form or by any
means, or stored in a database or retrieval system, without prior
written permission of the publisher.

This e-Book is a work of fiction. While
references may be made to actual places or events, the names,
characters, incidents, and locations within are from the author’s
imagination and are not a resemblance to actual living or dead
persons, businesses, or events. Any similarity is
coincidental.

This e-Book is licensed to the original
purchaser only. Duplication or distribution via any means is
illegal and a violation of International Copyright Law, subject to
criminal prosecution and upon conviction, fines and/or
imprisonment. No part of this ebook can be reproduced or sold by
any person or business without the express permission of the
publisher.

Published in the United States of
America

This e-book contains adult language and
scenes. This story is meant only for adults as defined by the laws
of the country where you made your purchase. Store your e-books
carefully where they cannot be accessed by younger
readers.

For every woman who’s ever agonized
over her body shape — Maxine’s story is for you.

The duel roadway that ringed Colebrook hadn’t
existed the last time Maxine was home. The industrial complex that
peppered its perimeter spared no consideration for architectural
coercion, decimating a once tranquil area of countryside with its
intrusive presence. Progress had a lot to answer for.

Maxine eased her foot off the gas as she
approached the center of town, conscious of her heart thumping
against her ribcage and her stomach performing Olympic-standard
somersaults. She took several deep, calming breaths, suppressing
the manic urge to make an illegal U-turn and head back to the
anonymity of London. A latent masochistic tendency, coupled with
the trifling fact that she was currently without gainful
employment, had persuaded her to come home. Now that she was here,
she was determined to see this thing through, even if the sight of
the increasingly familiar streets was already testing that
resolve.

She drove around the village green, amazed
that everything looked so normal. People went about their daily
business, blissfully unaware of Maxine’s turmoil. Only when she
noticed one or two of them casting admiring glances at her sports
car did she pull herself together and increase her speed. She was
anxious that news of her return shouldn’t break prematurely. Not
that anyone was likely to recognize her. She had nothing in common
with the ungainly creature who’d fled Colebrook in a blaze of agony
ten years ago, vowing never to return.

Her mother was abroad on her latest one-woman
mission to save the planet, providing Maxine with a legitimate
reason to delay telling her that she’d resigned from a lucrative
career for reasons her mother would struggle to understand. Instead
she steeled herself to face a past that had crippled her
emotionally for too long. The mere thought of seeing Noah again
brought on a nervous headache, but she ignored it, resisting the
almost seductive desire to run away, knowing from bitter experience
that hiding wasn’t the answer. She pulled into the driveway of her
mother’s house and stared blankly at flower borders bursting with
color as the memories threatened to overwhelm. Noah had been her
close friend, her confidant, the one person who’d truly understood
what made her tick and had given her the confidence to believe in
herself. He’d seen through her unattractive exterior to the complex
person lurking beneath all those layers of extraneous flesh. He’d
told her about his ambitious plans for the future, hinting that
there would be a place for her in his life after she graduated from
university. Seduced by his unshakable faith in her, she’d
temporarily forgotten the bitter lesson that life had already
taught her.

Maxine pulled her car into the garage and let
herself into the house. Pausing only to open the French doors in
the lounge, she headed for her old room and threw her bags onto the
sagging bed. The air was musty, and she battled with the warped
window until she managed to force it open. Leaning out of it, she
breathed in the heady scent of roses running riot round its frame.
Just for a moment she felt at peace.

Then the silence in the small house closed in
on her, and she was conscious of memories waiting to ambush her
everywhere she turned. Scrabbling for a distraction, she reached
into the wardrobe, pulled out one of the tent dresses she’d worn as
a teenager, and shuddered. It would go round her twice now. Feeling
more optimistic about her reasons for being here, she vowed that
somehow she would get through this ordeal with her dignity intact.
She unpacked the few clothes she’d brought with her, wondering what
to wear.

Was there a dress code for confronting the two
people who’d so callously broken her heart?

A heart that proved tenacious in its
determination not to repair itself.

Noah listened with half an ear as Joey
prattled on about the evening to come. He wouldn’t normally give up
precious time when he could be working just to attend a stupid
party, but Joey was his best mate, it was his eighteenth birthday,
and his girlfriend’s family was pulling out all the stops. Even so,
he resented having to attend the bloody event, and knew it would be
a massive waste of time.

Joey, busy talking with his hands, took a
corner too fast and almost lost control of their dilapidated van.
The tires squealed, and the engine made an ominous knocking sound,
backfiring in protest when Joey crunched through the gears in a
clumsy attempt to rectify his mistake.

“
Sorry, but I promised Rachel we’d
be there before now.”

“
Seems to me that she’s got you
well and truly where she wants you,” Noah chuckled. “What’s she got
you for your birthday anyway?”

Joey shrugged, concentrating on the road as he
overtook an ancient Volvo being driven by an old man doggedly
hugging the middle of the road. “Dunno do I. It’s supposed to be a
surprise.”

They pulled into Rachel’s parents’ driveway,
and the two of them sauntered across the front lawn. Noah kicked at
a loose stone, trying to appear interested as he listened to Joey
enthusing about the trouble Rachel’s folks had gone to on his
behalf.

“
Probably got you down as
son-in-law material,” Noah cautioned.

“
But this is great. Just look.”
Joey waved an arm to encompass the rear garden. A tent had been
erected and fairy lights were strung across trees. Loud music
already shook the speakers inside the tent, which was rapidly
filling with scantily-clad bodies. “We never had anything like this
when we were growing up.”

As soon as they entered the tent they were
surrounded by a gaggle of females. Noah gave them an absent once
over, not especially impressed by anything he saw. Then Rachel
materialized, closely followed by her inner circle, and made a
beeline for Joey. She threw herself into his arms and whispered
something in his ear. Noah was amused to see Joey’s animated
expression give way to a deep blush. They drifted away, hand in
hand, oblivious to the people crowding round to wish Joey a happy
birthday. Noah suppressed a grin. Unless he was much mistaken, Joey
was about to receive a very special birthday present.

Noah continued to gaze around the tent with
ill-disguised boredom. Then his gaze fell upon Maxine, and his mood
lightened.

“
Hello, Max.” He pushed past his
bevy of admirers and kissed her on the cheek. She blushed scarlet,
which amused him, but that amusement was replaced by a surge of
anger when the people around him didn’t bother to hide their
astonishment. Max might be a bit overweight, but she was also
clever, easy to talk to, and ten times the person any of this lot
would ever be.

“
Hello, Noah,” she said, still
blushing. “You know Cassie and Sally, don’t you?”

Noah nodded at the two girls hovering around
her, totally disinterested in them. Cassie Fenwick wasn’t deterred.
She stepped forward, a predatory gleam in her eye.

“
Didn’t you?” He didn’t give a
toss what she thought, and was tempted to smile when a look of
absolute confusion passed across her face.

He rolled his eyes. “Tell me about
it.”

“
I like your jacket, Noah.” Cassie
fingered the sleeve of his prized leather jacket. He moved his arm,
shaking her hand off.

“
Thanks to me, you mean.” There
was a note of desperation in Cassie’s voice. “I did Max’s hair for
her.”

“
Well, whatever you did can’t have
made much difference. Max’s hair always looks good.” Noah winked at
her. “It don’t need no messing with.”

The music slowed, and Noah asked Maxine to
dance. Cassie threw her a look of deep betrayal and stomped off.
Half the eyes in the tent were trained upon them with incredulity
as Noah took Maxine in his arms, but Noah didn’t give a toss about
that and concentrated upon making Max feel better about herself. He
gave her a reassuring squeeze as they swayed on the spot, and felt
her gradually relax.

“
You dance well, Max. You’re
really light on your feet.”

“
You ain’t fat, darling. Don’t put
yourself down.”

“
You just need to get a bit of
exercise and you’ll look great.”

“
Please don’t patronize me.” Tears
trickled from behind her glasses and slid down her face.

“
Christ, is that what you think
I’m doing?” He tugged at her hand. “Come on, let’s get out of here.
I feel like a goldfish in a bowl with all these people gawking at
us.”

Noah dragged her out of the tent and didn’t
let go of her hand until they’d reached the bottom of the garden.
He steered her toward a bench and sat down beside her.

Riley by Liliana Hart
Amidst the falling dust (The Green and Pleasant Land) by Kennedy, Oliver
A Lethal Legacy by P. C. Zick
Eve of the Emperor Penguin by Mary Pope Osborne
The Lutheran Ladies' Circle: Plucking One String by Kris Knorr, Barb Froman
Get Smart 9 - Max Smart and the Ghastly Ghost Affair by William Johnston
Out of Reach: A Novel by Patricia Lewin
Two Weeks in Geneva: Book Three by Rowan, Lydia
Damage by Robin Stevenson
Caveman Logic: The Persistence of Primitive Thinking in a Modern World by Hank Davis