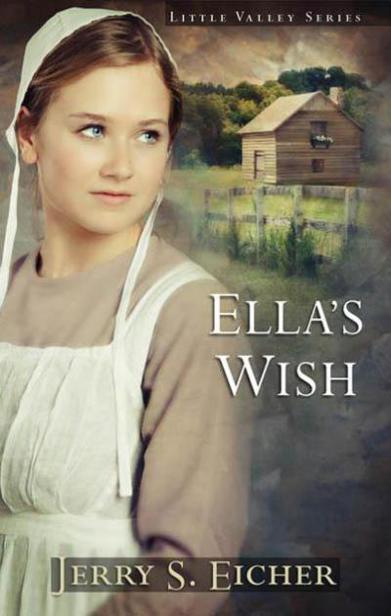 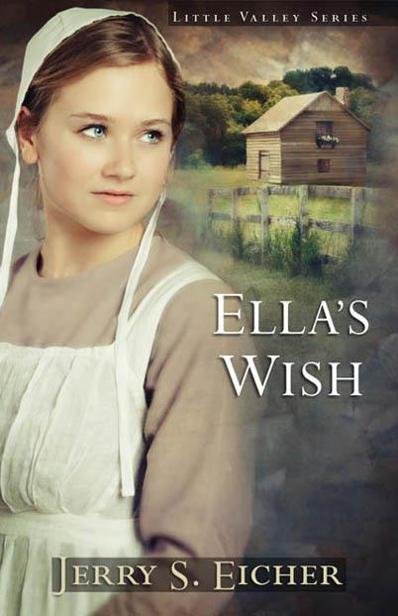 A Dream for Hannah

A Hope for Hannah

A Baby for Hannah

A Wedding Quilt for Ella

Unless otherwise indicated, all Scripture quotations are from the King James Version of the Bible.

This is a work of fiction. Names, characters, places, and incidents are products of the author’s imagination or are used fictitiously. Any resemblance to actual persons, living or dead, or to events or locales, is entirely coincidental.

All rights reserved
. No part of this publication may be reproduced, stored in a retrieval system, or transmitted in any form or by any means—electronic, mechanical, digital, photocopy, recording, or any other—except for brief quotations in printed reviews, without the prior permission of the publisher.

E
lla Yoder looked to the south through the living room window of her new home. Chapman Road made its way through the gently rolling hills and was lined with the Amish farms and businesses of Cattaraugus County. Thick clouds, faintly tinged with the red of the setting sun, hung on the horizon. After a moment she moved to the couch and sat beside her sister Clara.

“It’s been such a long day,” she said, leaning back and trying to relax.

Clara nodded. “And now you’re in your very own house. It doesn’t seem possible.”

“And unpacked,” Ella added with a sigh, realizing she felt not just tired but older and alone.

That morning her daett had said, “I hope you make it well on this wild idea of yours.” Then with his eyes twinkling, he had added, “You’ll always be welcome back home.”

And so she would be, and that was
gut
, was it not? It was just that tonight was one of those unexpected times when her heartache returned with a vengeance. Aden, her betrothed, was gone from her life—suddenly dead. And then, the money he had saved for their house had been used to build this,
her
house. Aden’s brother, Daniel, had insisted that’s what Aden would have wanted.

Tonight she was finally in her house. It should have been
their
house. Ella could still see Aden’s face, with his eyes aglow with joy, in stark relief on the walls of her mind.
Oh, if the memory were not the only thing left of him. What would it be like to really see his face again, to know what I had loved, and to forget that I had ever lost him?

“You’re sad tonight,” Clara whispered, “but you’re in your new house, and it’s a really nice one.”

“Yah,” Ella whispered back, “it is a nice big house. It’s just that I’m thinking of Aden and how much I wish he could be here to share it with me. I never want to leave.”

Clara moved closer to Ella. “It will be lonely here for you. You know I’d like to come and live with you all the time. Would that help?”

“I would love that,” Ella said, squeezing Clara in a hug, “but you know that can’t be. You’re just out of school, and Daett needs you at the farm, especially since I’m not there. He couldn’t manage with two of us gone.”

Clara smiled faintly. “Well, at least my drawing was used to build the house—my drawing and Daniel’s help.”

“Yah,” Ella said, trying to smile, “your drawing inspired this house.” She looked over to the wedding quilt with Clara’s drawing as the centerpiece. “It was a very
gut
drawing.”

“I’ve decided I’m going to draw some more,” Clara said. “Of course, I won’t draw in school since Katie still wouldn’t like it, but I can do it somewhere else. I just love to make up stories and draw.”

“Maybe you can write true stories someday about the life of our people,” Ella said, adding “Just don’t write about me.”

“No, I won’t. Besides, now I wouldn’t know what to write about you.”

“I suppose not. My life shall be a quiet one, I imagine,” Ella said.

Ella shook her head. “That’s what I don’t want. And, besides, there’s no one out there like Aden and never will be.” Determined to change the subject, Ella said, “Now shall we eat some of Mamm’s casserole? It’s late already, and I’m sure you’re hungry.”

“Yah,” Clara said, pushing herself up from the couch.

The two sisters moved to the kitchen. Ella brought out the casserole as Clara stretched to reach the plates in the upper cupboard.

“I’ll have those moved lower for you later. I want you to visit often.”

“It would be good to have everything down lower, anyway. With so few dishes, they look lonely up there all by themselves. Kind of like me, I suppose.”

“That’s why I said you need a man,” Clara said, teasing, “but I know what you’re going to say.”

“I’m too old,” Ella said. “Is that what you were expecting?”

“Too old? You’re only twenty-two. And, no, I wasn’t expecting that excuse. You have to stop making excuses, Ella.”

Ella carried the casserole to the table, placed a large spoon beside it, and then waited for Clara to join her.

Somehow I will make it through life. First comes tonight, then tomorrow, and then day by day, I’ll move through the years ahead. Whatever pain happens, it will just have to be. I’ll be lonely, yes, but this house will become my refuge, mine and perhaps my brother Eli’s if he follows through with his plans with that
Englisha
nurse
.

Eli had an awful stubborn streak in him when it involved things of the heart.
Maybe Eli has forgotten about Pam by now
. Ella hoped so.
We simply cannot lose him to the world
.

“Ach,” Ella said, lost in her thoughts. “I’m so absentminded tonight. I’ve got so many things on my mind.”

“It was a hard day,” Clara said. “We could both use some sleep.”

“We should pray, then,” Ella said as she sat down and bowed her head. Out of the corner of her eye, she saw Clara follow. Her father wasn’t there to lead out, and she waited in the silence.
Does a woman dare pray out loud without a male present? Isn’t that an awful violation of tradition?
A few moments of silence later, she glanced up to see that Clara had already raised her head.