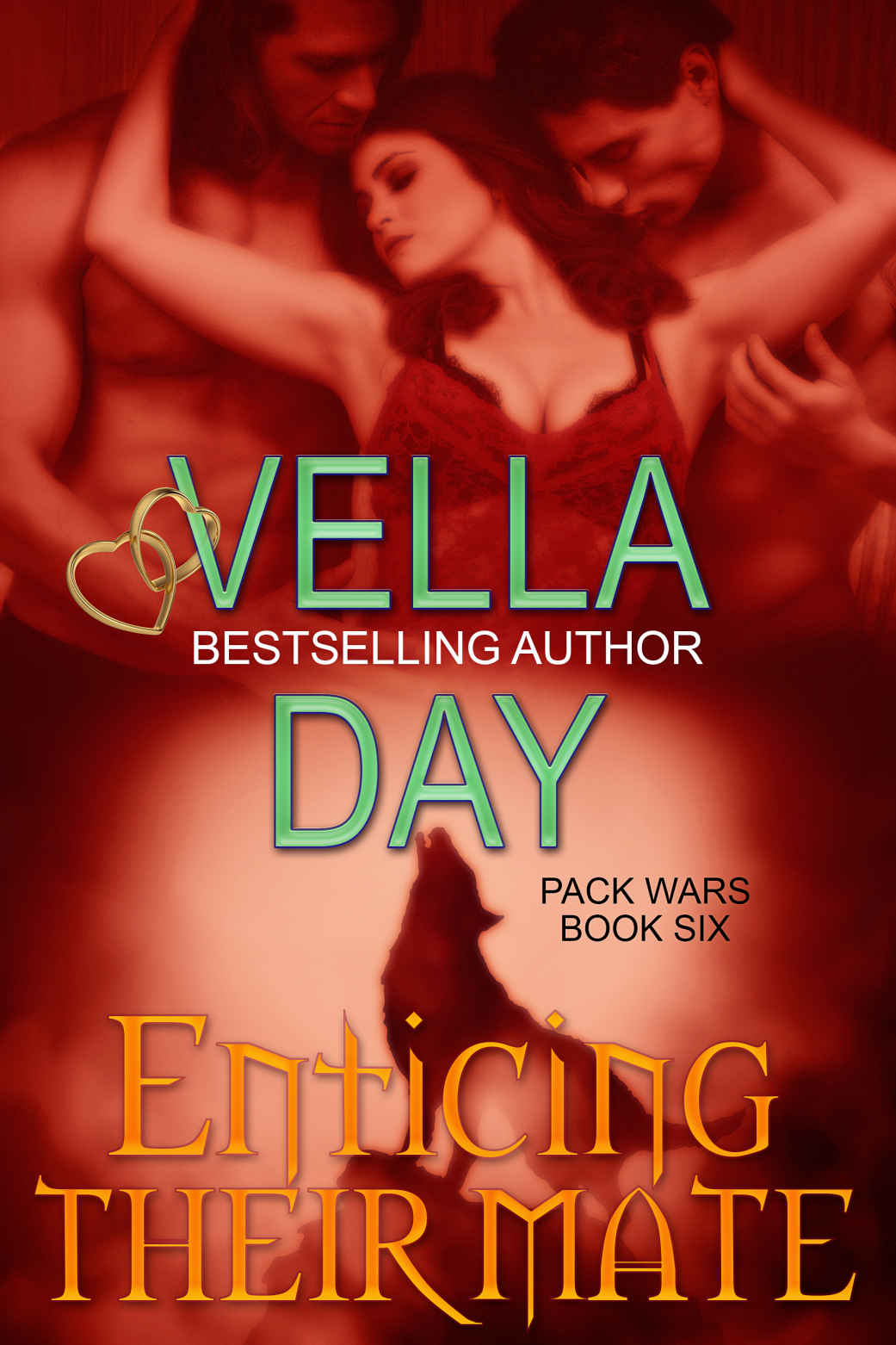 tuebl sucks as do their staff

J
ay Wagner, a former FBI agent specializing in human trafficking, had a score to settle. He wanted to be the one to bring down Paul Statler, the evil motherfucker who deserved to die a long and painful death for kidnapping and selling women.

After traveling sixteen hours from Florida to Canada, Jay had to work hard to keep himself awake. He already had eyestrain from reading all those poorly lit signs in an attempt to find their motel in Lippett Falls, Canada, the town where Statler was stashing the captives—at least temporarily. If Jay could be certain his nemesis was at that warehouse at two in the morning, he’d rush there right now and slice his fucking throat.

“Is that it?” Riley Bishop pointed to a structure hidden behind a row of tall trees.

Jay slowed. “Looks like it, thank God. We ready to do this?”

His roommate stretched. At least one of them had been able to snag a catnap during the long ass drive across Ontario.

“Do I think we’re ready to take on a hoard of super werewolves all by ourselves? Fuck yeah. Piece of cake.” He tapped his service weapon.

Didn’t they wish? Once they understood what they were up against, they would call in the cavalry. Going in alone was not an option. Jay entered the near empty lot and parked.

Riley sagged against the seat. “This place is a dump.”

“It’s probably worse in the daytime but at least it’s better than sleeping in the truck.” The fifteen-room, one-story motel had more unlit bulbs than functioning ones but that might be to their advantage, especially if they needed to meet with their contact person, Sarah Osmond.

As they exited the truck, Jay scanned the area for anyone who might be Statler’s henchman. “You sense anyone?” Jay asked. As much as he didn’t want to admit it, Riley had a slightly better sense of smell.

“No werewolves close by that I can tell. So far so good.”

Their boss had asked the Royal Canadian Mounted Police to hide all evidence of their entry into the country, so they would be safe for the time being. While Jay had worked for the FBI, even they didn’t have the connections their boss seemed to have.

When they entered the tiny, dimly lit motel lobby, the clerk looked up and sighed as if being inconvenienced. He reluctantly closed his magazine and dropped it on the floor. “Can I help you gentlemen?”

“Reservation for Thomas,” Jay said. General Armand had chosen that pseudonym for him because he said it sounded classy yet forgettable.

The man typed something into his computer then swiped two plastic cards through a machine. “Need your license plate number.”

Riley nudged him. “
We’ve got company
,” he telepathed.

Fuck. Only then did Jay’s senses shoot to high alert. “
Could be one of ours, I suppose
.” The Pack had men all over the country ready to help if need be.

The door to the office opened and a scruffy man who topped six-foot four rolled in. As the giant werewolf eased his way to the desk, he scowled at Jay. If this was one of Statler’s men, he hoped like hell there wasn’t a poster in some office with Jay’s face on it. He wouldn’t be surprised if there were, however. Jay had tried to kill the head honcho back in Florida.

Riley headed to the door. “I’ll get that license plate number.”

The clerk sat up straighter as he looked at the newcomer. “May I help you?”

“Need a room.” His deep voice sounded like glass mixed with gravel.

“Do you have a reservation?”

“For this place? Hell, no.” The man placed his palms on the counter then slid his credit card across the gouged surface. The clerk swallowed hard and shot his gaze downward, looking like he was about to shit his pants.

His fingers flew across the keyboard. Within seconds, he handed the newcomer a key. “Room 101. First room on the left.”

Intimidation seemed to eliminate the need for a license plate number. The large man turned and sized up Jay as if he was trying to figure out how many seconds it would take to kill him in a fight.
Creep
. The man didn’t stand a chance, unless he’d been enhanced. Jay’s years of training would serve him well against this dumbass.

As soon as the shifter left, Jay turned to the clerk. “How many rooms are rented for the night?”

Jay slapped a ten-dollar bill on the counter and the man’s eyes lit up. “Including that man?” The clerk ran a finger down his screen. “Three.”

That would make it easier to detect unwanted movements. Riley sauntered in two minutes later and gave the requested information to the clerk who then handed them their two keys. “Room 115, last room on the left.”

Good. They were far away from the giant.

Jay and Riley stepped outside to a moonless sky. “What took you so long?” Jay asked.

“Wanted to make sure the guy went into his room. He didn’t have any luggage, which I thought odd.”

Crap. “I guess one of us won’t be sleeping tonight.”

Riley nodded, his head swiveling across the dark expanse and his eyes glowing. “I’ll take first watch. I snoozed on the way here.”

No sooner had they stepped into their dingy room than Riley’s phone chimed indicating he had a message. Plucking it from his shirt pocket, he tapped his screen. “It’s from the General.” He scanned the message. “Fuck.”

Jay waited a beat for Riley to deliver the news, but he stuffed the phone back in his pocket and tossed his suitcase on one of the two beds.

“What did it say?” Jay asked, his impatience too evident.

“Our contact person, Sarah, sent more info. Apparently, two of the captive women who’d escaped the old compound were found dead a few hours ago. She said it was on the news.”

“Shit. How many does that leave us to rescue?”

“Ten. Sarah said she’d overheard one of Statler’s men talking about them needing to ship the rest of the women out in three days.”

To be sold into slavery.

Jay slammed his hand against the motel wall and the entire place rattled. “I should have made sure I really killed the fucker in Gulfport when I had the chance.”

“If you had killed him, the General wouldn’t have learned where Statler was holding the women.”

“There is that.” Jay’s cell dinged. “Fuck me. Doesn’t anyone sleep?” He wasn’t in the mood for more bad news. He located his cell in his jacket pocket. “It’s a text from Mackenzie.”

His cousin now worked for the Pack as one of their computer experts and must have dug up something she thought was important or she wouldn’t have disturbed him. He debated leaving it until later, but it could be vital to their mission.

He swiped the screen and smiled at the icon of the hot looking Sarah Osmond. “Kenzie forwarded us an email from Sarah. She said her shift ends at 2 p.m. tomorrow and asked that we meet her at Nelson’s Convenience Store a little after two. She would have met us here, but she believes someone’s following her. There’s a map attached.”

Riley grabbed his toiletry kit and placed his suitcase on the floor. “I don’t like it. First some goon who we think was sent by Statler comes to a virtually empty motel with no luggage and now this. Can we be sure Sarah didn’t tip him off?”

“No way. She’s undercover for Bill Hampton at the Bureau. You can’t get any more solid than that.”

“Then how do you explain the big fellow? The police assured us our entry into the country would be kept secret.”

“Dunno.” Jay was too tired to be carrying on this type of conversation. “Look, she’s being followed. Can we table this discussion until after we speak with her?”

Riley headed into the bathroom. “Sure.”

Sometimes he wanted to strangle the man.

Once Jay fell into bed, Riley headed outside to begin his surveillance. He started with a perimeter check to see if anyone else had joined the giant, but so far it appeared as if the man had come alone.

Riley remained outside for a couple more hours, but he never detected more than one shifter signature in the man’s room or anywhere else on the property for that matter. By the time the sun peaked over the horizon, Riley was satisfied all was safe and called it a night.

He slipped into bed and tried to sleep, but he was too wound up. Questions kept rattling in his head—the first of which was whether Sarah was some kind of double agent. Just because she had hair the color that matched the most beautiful sunset and a body that looked like she could love a man hard, he couldn’t afford to trust anyone. His job was to save ten women and take down one of the most evil Colter leaders the Pack had ever dealt with. While he hadn’t been involved in the Colter battle for long, from what Jay had told him, they were the epitome of bad.

Around one that afternoon, the key card slipped into the room door lock and Jay stepped in. “Wake up, sleepy head. I had to drive five miles to find us something to eat.” He tossed the paper bags on the scarred wooden table, along with two cups of delicious smelling coffee.

He yawned and slid out of bed, his eyes feeling like sandpaper. After running a hand though his mussed hair, he realized he needed to cut it soon. However, his first order of business was coffee. After opening the lid, he chugged half of it. From the bag, he removed an egg sandwich and ingested it in four bites. “Thanks.”

Jay pulled back the curtain and peered out. “Our giant seems to have checked out.”

The cobwebs in his brain slowly disappeared. “I’m not surprised. If he is one of Statler’s men, they’ll rotate to avoid suspicion.”

Jay nodded. “Sarah gets off work in a little over an hour. How do you want to handle this?”

“It’s a given you’ll have to stay in your wolf form, or out of view, especially if she’s being followed. We can’t chance anyone spotting you.”