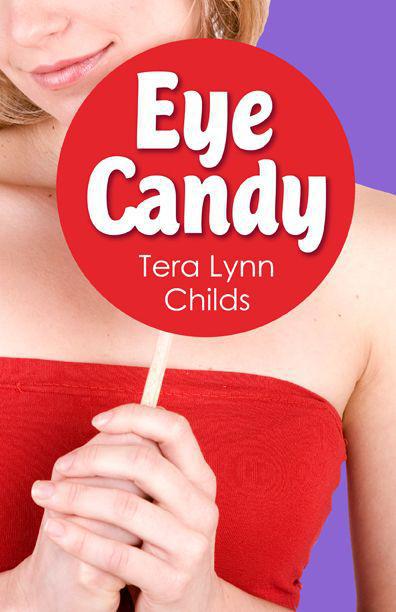 I eased my silver Passat into a parking spot…

The Summer Sail Away is not just any party.

Sleeping arrangements were easily dealt with…

I was sitting on the front porch—fidgeting, worrying, hoping…

Rather than sit through the tedious Sunday morning brunch…

My first thought was to call the police.

"I mean try it on," I quickly retreated.

When Dyllie finished inspecting every blade of grass…

Deciding simpler was better, I dipped my key card in the reader…

No one spoke to me on the flight back to New York.

Gavin sighed as the elevator dropped him off at his apartment.

Looking at the rest of my office you'd never guess. The pristine mahogany surface of the desk is unspoiled by dust or clutter. Every office tool has a place and every file is appropriately color coded. Rows of sales data binders are neatly aligned and in chronological order. The flat-panel monitor is oriented at the perfect ergonomic angle to minimize eye strain and glare.

But that drawer—securely locked if I'm out of the office for even a second—is the exception to my immaculately professional appearance.

That drawer is loaded with candy.

I've known this for a long time and freely confess my dependency. I know I couldn't stop, even if I wanted to.

I would never, ever want to.

I live for the sugar rush of a one-pound bag of M&Ms. Sour apple tape got me through my college all-nighters. Every great idea I ever had was Lifesavers-induced.

When I was four years old, my mom dressed me as Jo from
Facts of Life
and took me trick-or-treating. Everyone thought I was Michael J. Fox. I was traumatized. When we got home I dumped my booty onto the carpet and started consuming. Amongst the Smarties and fun-size Snickers I found comfort for my costume identity crisis. Candy soothed my pain. And has ever since.

Next Halloween I was a gumdrop. And not one nearsighted neighbor mistook me for a pink mountain.

Candy is my coping mechanism, and it's less destructive than other addictions I could have. As far as vices go, it's a harmless one.

Thankfully, I am skilled at maintaining the appearance of normalcy. And have the metabolism of a hummingbird.

So when Janice, junior VP of Marketing for Ferrero Couture and my direct superior (otherwise mentally known as Jawbreaker—hard on the outside hard on the inside) barged into my office without so much as a knock on the closed door, I slipped open the drawer, pulled out a Werther's, and popped it in my mouth.

She was dressed, as usual, like an aging Vegas cigarette girl. Shoulder-padded silver blazer with a deep-v neckline, tight black pants, and eye makeup that made Cleopatra look like a bare-faced virgin. She thinks she's the Donatella Versace of Ferrero Couture. She's an executive, for Good&Plenty's sake—a design diva she is not.

In my black Armani pantsuit and lilac Tse cashmere shell I felt deliciously like Belgian chocolate next to a bag of carob chips.

"
Uh-uh
," I hummed around the toffee. The buttery sweetness melted into my tongue and improved my overall sense of well-being.

She plunked the magazine on my desk and smirked. I flicked my eyes to the cover and back to her, trying to maintain an air of nonchalance and disguise my annoyance at her intrusion. My gaze flew immediately back to the slick image on the glossy cover.
Gavin
!

Here came conversation #3,524—not that I'm counting—about the Lamentable Loss of Gavin the Great.

"Isn't this your fiancé, Lydia?" she said, gloating. "Oops, I mean your ex-fiancé."

Right, that was a slip-up.

If I could manage to scalp her hip-length platinum tresses and braid them into a fashionable tiara without getting fired, I would. That might even become the next hot trend from Ferrero Couture. But as that was a remote possibility, I held my tongue and started mentally ranking my favorite Jelly Belly flavors.

"Imagine all the women chasing after him now."

"Have you tried to get in touch with him? Maybe there's still a chance—"

I had to stop her before my head exploded and a rainbow of Skittles drizzled down over my immaculate office. "Haven't I told you,"—Jawbreaker—"Janice, about the new guy I've been seeing?"

I regretted those words almost before they left my mouth. I am such a horrible liar, but when Jawbreaker started down the Gavin path, I couldn't help myself. So I came up with the one thing sure to stop her in her tracks: a boyfriend.

Unfortunately, she was a seasoned social veteran and her path changed faster than you can say Reese's Pieces.

"How wonderful," she cried, not meaning it at all. "You simply must bring him to the Summer Sail Away next weekend."

Never before had I been graced with an invitation.

As senior account exec, my social profile never ranked high enough to warrant an invite. And, since my status had not recently changed, I had to assume Jawbreaker thought she was pulling one over on me.

Show up stag after the whole extremely small world of fashion heard about this new beau? It would be poor, pitiful Lydia. And a liar to boot.

I could always not show up.

But I wanted a promotion. A rumor had been circling that Jawbreaker was about to be promoted to senior VP of Marketing. And I would do anything to get her current job. The gala would give me the chance to prove I was more than a brain with a knack for numbers. A chance to show Ferrero that I was VP material and could schmooze with the best of them.

A chance I couldn't pass up.

With the KY Clique—my trio of nemeses at Ferrero—out to get my current job I had to seize opportunities where I could.

"Wonderful," I replied, knowing my farce was worth it just to see the scowl crease Jawbreaker's brow. Botox can't fix everything. "What time should we be there?"

Kelly showed up first. She is the most aggressive of the three KY girls and Jawbreaker probably ran to her with the gossip of my previously unheard of boyfriend the moment she left my office.

The KY Clique came on board at Ferrero as marketing interns in May following their barnyard—er, Barnard graduation. From the start they settled for nothing less than full control of the house. I have an under-the-table wager with Marlene in accessories that the house will be Ferrero, Kelly, Kathryn & Karyn within five years. Three if they hit a stroke of luck or juicy gossip earlier.

And I might have just handed them that lucky gossip on a jewel-encrusted silver platter.

Kelly knocked—the simple courtesy the first sign she was up to something—and entered on the pretense of needing my opinion on an overseas marketing campaign. A blatant ruse as my region covers the Western United States.

"Oh," she squealed as I tried to not-so-subtly urge her out of my office. "Janice told me about your new beau. He sounds like a prince."

"I mean, it's not as if just
anyone
can measure up to Gavin, but a girl's gotta try, right?"

"Mmm-hmm." Hopefully a vague enough response to derail conversation #3,525—not that I'm counting.

"It's about time you moved on to someone new. Two years is far too long for someone your age to stay single, you need to do your hunting before all the big game are shot."

Like I need relationship advice from a revolving door whose idea of taking a relationship to the next level is giving the guy her
real
phone number.

Her monologue didn't warrant any input on my part, so I contented myself with neatening up a stack of papers on my desk while she talked on.