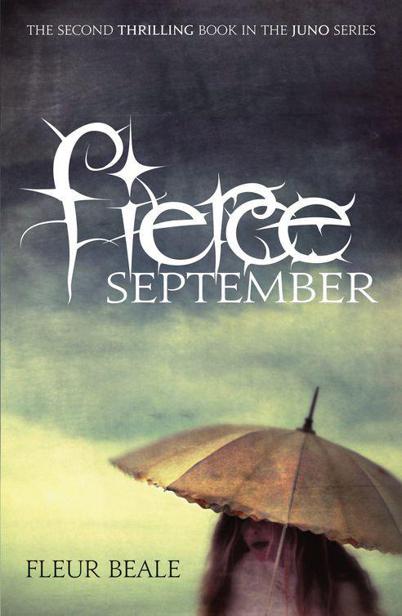 01 The Coming of Outsiders 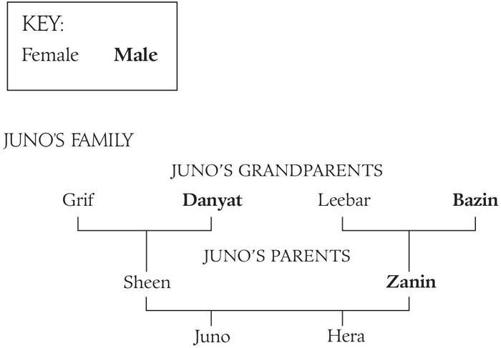 At the end of each chapter you will find references to blogs written by characters connected to the story. This is extra material, and you can read the book without having to read the blogs.

THE COMING OF OUTSIDERS

‘I
F THERE IS A CHOICE, Juno, you must know – we are going to stay,’ my father said.

I lifted my little sister onto her chair. ‘Eat your breakfast, Hera,’ I said. I ignored Dad’s words. There would be no choice. Taris was dying; the dome that had protected our island home for all the fourteen years of my life, and for years before that, was failing.

Hera bashed her spoon on the table. ‘Go on big boat.’

Hera often seemed to know things others didn’t. I wouldn’t have to worry about my family being left behind. Hera had foretold the coming of the ship that now lay riding at anchor just beyond Taris’s dome, waiting until daylight to rescue the five hundred of us who lived here. She was so young – most people were not inclined to believe the predictions of a two-year-old.

‘Yes,’ I told my sister. ‘So eat up. We have to climb the mountain first.’

My parents were jumpy with worry. I was jumpy from wanting to get going, to start the climb up the mountain. All of us would be there, waiting below the mist for the strangers. We would greet them with songs of welcome, crown them with circlets of bright flowers, then lead them down to our meeting arena where they would tell us at last about the world Outside. Then we would leave with them. All of us.

Mother glanced at Dad and sighed. ‘Very well, Juno. But come and stand with us when we get there.’

Did she think I’d run up through the mist to the landing dock, jump out, slide down the dome and swim to the ship? I laughed and hugged her. ‘I promise.’

Hera held up her arms. ‘Hera come too. Go with Juju.’

She held up her arms and drummed her feet. ‘Hera come too!’

Why had I imagined I could go without her?

I couldn’t help but see the way Mother’s face relaxed. I knew exactly what her thoughts were:
Thank goodness!
She can’t do anything extreme with Hera to slow her down.
But I managed not to snap at her. I wasn’t going to do anything outrageous, and I was willing to wager I wouldn’t be the only one heading up the mountain to wait for full daylight to bring the strangers from Outside.

Sure enough, my friend Silvern came bounding out from her house just ahead of us.

I waved Silvern on. ‘You go. It’s going to take us longer.’ Which was very noble and self-sacrificing of me, because I wanted to run, I wanted to be there. And somewhere unacknowledged was the thought that maybe, just maybe, I would climb up to the mountaintop instead of sticking to the plan we had all agreed of waiting below the mist line.

Silvern ran back to us and grabbed one of Hera’s hands. ‘We’ll swing you, little one. That way we can all go fast.’

I grinned at her. ‘Thanks.’

‘Your parents all jittery?’ she asked.

‘They want to stay. If there’s a choice.’

She swung Hera high. ‘Mine too. Can’t understand it.’ She nodded at Hera. ‘What’s the word from the noisy one?’

Others were running along the pathways too. Our world was full of laughter, of excitement, of hope. The arrival of the ship just before dark the previous night had changed everything. Now in less than an hour we would know what news the Outsiders brought. We would know if we were to live, or die along with our doomed domed world.

We had believed we would die. The systems that kept our biosphere temperate and protected from the wild weather of the southern ocean were failing. We had believed there was no hope when, six months earlier, Hilto, one of our trusted Governance Companions, had smashed the secret communication centre that allowed a powerful trio of our governors to communicate with the Outside world. I didn’t want to think of Hilto. He was dead. He had killed Fisa, our leader, and by his actions had perhaps hoped to kill the rest of us.

But now the Outsiders had come for us and we would survive.

Even before Silvern and I set foot on the mountain path the other twelve members of our learning stratum joined us. Not one of them broke away to speed on ahead.

Marba, the eldest, and two years older than me, picked Hera up and swung her onto his back.

I smiled at him and flexed my tired arm. ‘Thanks.’

‘She probably deserves it,’ he said. ‘If she hadn’t dropped her little bombshell, Oban wouldn’t have been watching out for a ship in the first place.’

Yes. Most people had scorned Hera’s words, but Oban had prepared the docking gates just in case, and yesterday a ship had come.

Halfway up the mountain we passed Jov, who was helping Sina, his very pregnant wife. He carried a stool for her to sit on once they got to the summit. Seeing them reminded me of Vima whose baby, also fathered by Jov, was due any day.

If she wasn’t, I knew she’d be on her way. Vima, of all of us, burned to escape the smallness of our world, because she and Jov had broken the rules of Taris. On Taris, people chose marriage partners from their own learning stratum. This meant there were only seven possible partners for each person, for the strata were always made up of seven males and seven females. Jov and Vima were from different strata, and Jov was six years Vima’s senior. Worse than that, they had conceived a child. Jov was already married to Sina who was from his own stratum. Because he and Vima hadn’t gone through the proper pregnancy procedures, none of us knew when the baby would come. We didn’t know if it was a boy or a girl. No desirable Tarian traits had been chosen for it. And Vima refused to let Trebe, our physician, do any tests beyond those that checked the health of her baby.

‘Wherever we end up going,’ Silvern said, ‘I bet Vima goes somewhere else.’

And I would lose my friend. But Silvern was right. There was no place for Vima among us now. Sina went out of her way to show that Vima was scum and that she, Sina, was the rightful wife, the good person who followed the rules. That she was the one Jov loved.

It was a mess that wouldn’t ease until Vima could escape into a larger world. She more than anyone deserved to leave dying Taris, for it was she who had evaded the eyes of Hilto and his henchman Majool to climb the mountain in the dark to send a message from the secret communication centre. It was there that Hilto had found her, attacked her and left her for dead before he smashed the equipment. Until yesterday we hadn’t known if she had managed to send the message, because she could remember nothing of the attack or the hour or so before it.

The Cedar Cutter by Téa Cooper
Mr. Monk Is Open for Business by Hy Conrad
The Way Of The Sword by Chris Bradford
Deeds (Broken Deeds #1) by Esther E. Schmidt
Poisoned Petals by Lavene, Joyce, Jim
Until Dark by Mariah Stewart
Have 2 Sky Magic (Haven Series 2) by Larson, B. V.
The Power of the Legendary Greek by Catherine George
Field Study by Peter Philips
A Bad Night's Sleep by Michael Wiley