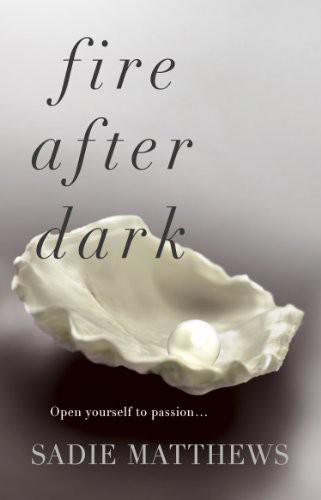 Did you fall in love with FIRE AFTER DARK?

The city takes my breath away as it stretches beyond the taxi windows, rolling past like giant scenery being unfurled by an invisible stagehand. Inside the cab, I’m cool, quiet and untouchable. Just an observer. But out there, in the hot stickiness of a July afternoon, London is moving hard and fast: traffic surges along the lanes and people throng the streets, herds of them crossing roads whenever the lights change. Bodies are everywhere, of every type, age, size and race. Millions of lives are unfolding on this one day in this one place. The scale of it all is overwhelming.

What have I done?

As we skirt a huge green space colonised by hundreds of sunbathers, I wonder if this is Hyde Park. My father told me that Hyde Park is bigger than Monaco. Imagine that. Monaco might be small, but even so. The thought makes me shiver and I realise I’m frightened. That’s odd because I don’t consider myself a cowardly person.

Anyone would be nervous
, I tell myself firmly. But it’s no surprise my confidence has been shot after everything that’s happened lately. The familiar sick feeling churns in my stomach and I damp it down.

Not today. I’ve got too much else to think about. Besides, I’ve done enough thinking and crying. That’s the whole reason I’m here.

‘Nearly there, love,’ says a voice suddenly, and I realise it’s the taxi driver, his voice distorted by the intercom. I see him watching me in the rear-view mirror. ‘I know a good short cut from here,’ he says, ‘no need to worry about all this traffic.’

‘Thanks,’ I say, though I expected nothing less from a London cabbie; after all, they’re famous for their knowledge of the city’s streets, which is why I decided to splurge on one instead of wrestling with the Underground system. My luggage isn’t enormous but I didn’t relish the idea of heaving it on and off trains and up escalators in the heat. I wonder if the driver is assessing me, trying to guess what on earth I’m doing going to such a prestigious address when I look so young and ordinary; just a girl in a flowery dress, red cardigan and flip-flops, with sunglasses perched in hair that’s tied in a messy ponytail, strands escaping everywhere.

‘First time in London, is it?’ he asks, smiling at me via the mirror.

‘Yes, that’s right,’ I say. That isn’t strictly true. I came as a girl at Christmas once with my parents and I remember a noisy blur of enormous shops, brightly lit windows, and a Santa whose nylon trousers crackled as I sat on his knee, and whose polyester white beard scratched me softly on the cheek. But I don’t feel like getting into a big discussion with the driver, and anyway the city is as good as foreign to me. It’s my first time alone here, after all.

‘On your own, are you?’ he asks and I feel a little uncomfortable, even though he’s only being friendly.

He nods, satisfied. We’re pulling away from the park now, darting with practised agility between buses and cars, swooping past cyclists, taking corners quickly and flying through amber traffic lights. Then we’re off the busy main roads and in narrow streets lined by high brick-and-stone mansions with tall windows, glossy front doors, shining black iron railings, and window boxes spilling with bright blooms. I can sense money everywhere, not just in the expensive cars parked at the roadsides, but in the perfectly kept buildings, the clean pavements, the half-glimpsed maids closing curtains against the sunshine.

‘She’s doing all right, your aunt,’ jokes the driver as we turn into a small street, and then again into one even smaller. ‘It costs a penny or two to live around here.’

I laugh but don’t reply, not knowing what to say. On one side of the street is a mews converted into minute but no doubt eye-wateringly pricy houses, and on the other a large mansion of flats, filling up most of the block and going up six storeys at least. I can tell from its Art Deco look that it was built in the 1930s; the outside is grey, dominated by a large glass-and-walnut door. The driver pulls up in front of it and says, ‘Here we are then. Randolph Gardens.’

I look out at all the stone and asphalt. ‘Where are the gardens?’ I say wonderingly. The only greenery visible is the hanging baskets of red and purple geraniums on either side of the front door.

‘There would have been some here years ago, I expect,’ he replies. ‘See the mews? That was stables at one time. I bet there were a couple of big houses round here once. They’ll have been demolished or bombed in the war, maybe.’ He glances at his meter. ‘Twelve pounds seventy, please, love.’

I fumble for my purse and hand over fifteen pounds, saying, ‘Keep the change,’ and hoping I’ve tipped the right amount. The driver doesn’t faint with surprise, so I guess it must be all right. He waits while I get myself and my luggage out of the cab and on to the pavement
and shut the door behind me. Then he does an expert three-point turn in the tight little street and roars off back into the action.

The white-haired porter inside looks up at me enquiringly as I puff through the door and up to his desk with my large bag.

‘I’m here to stay in Celia Reilly’s flat,’ I explain, resisting the urge to wipe away the perspiration on my forehead. ‘She said the key would be here for me.’

‘Beth. That is, Elizabeth. Elizabeth Villiers.’

‘Let me see. . .’ He snuffles into his moustache as he looks through a file on his desk. ‘Ah, yes. Here we are. Miss E. Villiers. To occupy 514 in Miss Reilly’s absence.’ He fixes me with a beady but not unfriendly gaze. ‘Flat-sitting, are you?’

‘Yes. Well. Cat-sitting, really.’ I smile at him but he doesn’t return it.

‘Oh yes. She does have a cat. Can’t think why a creature like that would want to live its life inside but there we are. Here are the keys.’ He pushes an envelope across the desk towards me. ‘If you could just sign the book for me.’

I sign obediently and he tells me a few of the building regulations as he directs me towards the lift. He offers to take my luggage up for me later but I say I’ll do it myself. At least that way I’ll have everything I need. A moment later I’m inside the small elevator, contemplating my heated, red-faced reflection as the lift ascends slowly to the fifth floor. I don’t look anywhere near as polished as the surroundings, but my heart-shaped face and round blue eyes will never be like the high-cheek-boned, elegant features I most admire. And my fly-away dark-blonde shoulder-length hair will never be the naturally thick, lustrous tresses I’ve always craved. My hair takes work and usually I can’t be bothered, just tying it back.

‘Not exactly a Mayfair lady,’ I say out loud. As I stare at myself, I can see the effect of everything that has happened lately. I’m thinner around the face, and there’s a sadness in my eyes that never seems to go away. I look a bit smaller, somehow, as though I’ve bowed a little under the weight of my misery. ‘Be strong,’ I whisper to myself, trying to find my old spark in my dull gaze. That’s why I’ve come, after all. Not because I’m trying to escape – although that must be part of it – but because I want to rediscover the old me, the one who had spirit and courage and a curiosity in the world.

Unless that Beth has been completely destroyed.

I don’t want to think like that but it’s hard not to.

Number 514 is halfway down a quiet, carpeted hallway. The keys fit smoothly into the lock and a moment later I’m stepping inside the flat. My first impression is surprise as a small chirrup greets me, followed by a high squeaky miaow, soft warm fur brushing over my legs, and a body snaking between my calves, nearly tripping me up.

‘Hello, hello!’ I exclaim, looking down into a small black whiskered face with a halo of dark fur, squashed up like a cushion that’s been sat on. ‘You must be De Havilland.’

He miaows again, showing me sharp white teeth and a little pink tongue.

I try to look about while the cat purrs frantically, rubbing himself hard against my legs, evidently pleased to see me. I’m inside a hall and I can see already that Celia has stayed true to the building’s 1930s aesthetic. The floor is tiled black and white, with a white cashmere rug in the middle. A jet-black console table sits beneath a large Art Deco mirror flanked by geometric chrome lights. On the console is a huge white silver-rimmed china bowl with vases on either side. Everything is elegant and quietly beautiful.

I haven’t expected anything else. My father has been irritatingly vague about his godmother’s flat, which he saw on the few occasions he visited London, but he’s always given me the impression that it is as glamorous as Celia herself. She started as a model in her teens and was very successful, making a lot of money, but later she gave it up and became a fashion journalist. She married once and divorced, and then again and was widowed. She never had children, which is perhaps why she’s managed to stay so young and vibrant, and she’s been a lackadaisical godmother to my father, swooping in and out of his life as it took her fancy. Sometimes he heard nothing from her for years, then she’d appear out of the blue loaded with gifts, always elegant and dressed in the height of fashion, smothering him with kisses and trying to make up for her neglect. I remember meeting her on a few occasions, when I was a shy, knock-kneed girl in shorts and a T-shirt, hair all over the place, who could never imagine being as polished and sophisticated as this woman in front of me, with her cropped silver hair, amazing clothes and splendid jewellery.

What am I saying? Even now, I can’t imagine being like her. Not for a moment.

And yet, here I am, in her apartment which is all mine for five weeks.

The phone call came without warning. I hadn’t paid attention until my father got off the phone, looking bemused and said to me, ‘Do you fancy a spell in London, Beth? Celia’s going away, she needs someone to look after her cat and she thought you might appreciate the chance to stay in her flat.’

‘Yes. It’s somewhere rather posh, I think. Mayfair, Belgravia, somewhere like that. I’ve not been there for years.’ He shot a look at my mother, with his eyebrows raised. ‘Celia’s off on a retreat in the woods of Montana for five weeks. Apparently she needs to be spiritually renewed. As you do.’

‘Well, it keeps her young,’ my mother replied, wiping down the kitchen table. ‘It’s not every seventy-two-year-old who could even think of it.’ She stood up and stared at the scrubbed wood a little wistfully. ‘I think it sounds rather nice, I’d love to do something like that.’