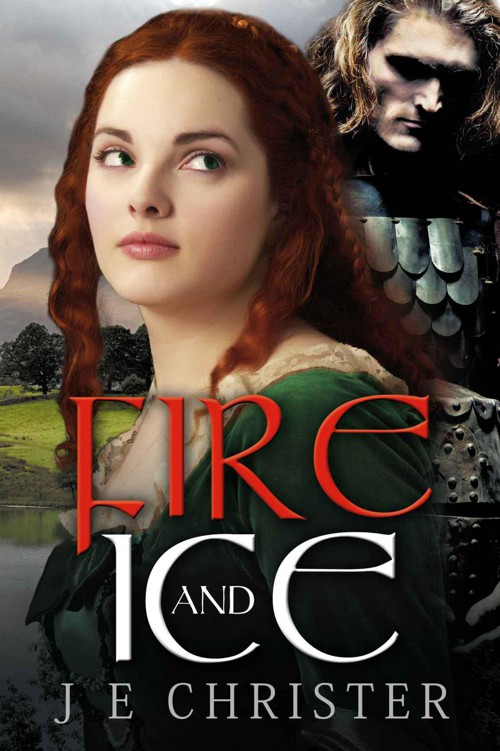 The author has asserted their
moral right under the

Copyright, Designs and Patents Act, 1988, to be identified

as the author of this work.
All Rights reserved. No part of this publication may be reproduced, copied, stored in a retrieval system, or transmitted, in any form or by any means, without the prior written consent of the copyright holder, nor be otherwise circulated in any form of binding or cover other than that in which it is published and without a similar condition being imposed on the subsequent purchaser.

My lovely mum, Evelyn, who has listened patiently to my ideas,

and
always encouraged me through my life and writing.

The Early History of Barton-upon-Humber by Geoffrey F. Bryant

Barton-upon-Humber – A Survey by The South T.W.G – Produced February to May 1957

Although the author has used some local names in this story, all characters are entirely fictional and any resemblance to anyone alive or dead is purely co-incidental.

Firstly, I want to thank my readers for their very kind reviews of my previous books and I hope you enjoy this one too.

I have always been interested in the Saxon period. The whole of the Dark Ages represents an intriguing part of our history for me in particular.  I was interested to read in the aforementioned references about St Peter’s Church and because there is an old Hall behind it presently, (Tyrwhitt Hall), I decided to position my Hall there too.

I have used artistic licence by moving the Beck into a wood, which might or might not have been there at the time.  The map I re-drew from one provided by Darren Stockdale of inbarton.co.uk, but because I am hopeless at drawing, it is very angular whereas the local townspeople will realise that the streets bend rather a lot more than I’ve drawn it!

As far as names are concerned, I chose the name Ulfric because I liked it not realising that at the time of Domesday the manor belonged to Ulf, so I took that as a sign that the book had to be written.  The de Gant family were given the land after the Norman invasion and I have borrowed the name but there is no resemblance to anyone of that family in my characters.  Indeed, the de Gants gave away acres of land to Bardney Abbey near Lincoln and Gilbert de Gant’s grandson gave more away to Rufford Abbey which he founded.  So there is definitely no resemblance there!

In the Domesday Book we read that:  “In the manor of Barton Ulf had 13 carucates of land (1 car = approx. 100 acres).  Gilbert de Gant (who was given the land after the conquest) had 7 ploughs.  There were 53 villeins and 15 Bordars with 9 ploughs and 42 sokemen and 67 Bordars with 10 ploughs.  There is a Church and a priest and 2 mills worth 40 shillings, and one market and a ferry worth £4.”

I hope this is of interest to those of you who like history combined with romance and hopefully you’ll all enjoy the book.

Juliana had been sitting by the side of the beck for some time. It was her favourite place where she could be surrounded by trees and woodland creatures, a place she had visited from childhood to ponder childish things. Now approaching her eighteenth summer she wondered how much longer she could put off the terrible day of reckoning when she would be forced to lie by the side of the hateful Richard de Gant, a Norman knight of the new King William who had taken her home and laid waste to the countryside.  She knew she had been fortunate in not being married off to someone of noble birth already, but she had insisted that
she
should decide when to marry and her father, who could deny her nothing, had agreed.  Erik, her childhood friend, had been chosen for her at birth but although she was very fond of him, in her heart she knew there should be more.  The bubbling of the beck and the sough of wind through the newly burgeoning trees brought her some comfort but fear always lurked in her stomach reminding her of a debt to be paid.  A twig cracked in the distance warning her of someone’s approach so she was relieved when she saw it was Micael, one of the servants.  He bowed his head when he saw her and she smiled at his thoughtful gesture.  Since the Normans came the servants had been told not to recognise hers or her mother’s nobility but to treat them like any other conquered people, but they were faithful to the memory of her father and treated them with the same respect they would have shown were he still alive.

“My lady,
Juliana,” he said hesitantly, “My lord de Gant wishes to speak with you and has sent me to fetch you to him.”

The smile slip
ped from her face, tugged away by the panic she felt within.  She knew she could not send him back with a story that she was not be found or he would be flogged, so she rose to her feet and tried to put on a brave face as she followed him back to the Hall.  It was only a short distance through the trees but she tried to compose herself for the forthcoming meeting.  She was pleasantly surprised to find de Gant seated on his horse as he had rarely left their home since his arrival a week ago. He watched her approaching and looked down on her to speak, his position giving him the superiority he craved.  He still had no idea she could understand his language so he spoke in broken English,

“I go away.  I go
to Lincoln to settle the peasants under Norman rule.  You stay here.  I come back in ten days or so.  Do not do anything to make me angry.  You understand?”

“Yes, Sir
Knight.  I understand perfectly,” she replied as her heart soared at the thought of his being away.

She
looked him in the eye as she spoke trying not to show her joy and he nodded his approval.

“When I back – you be
mine
!”  His last words were not just a threat but a certainty, she knew.  Her gaze lowered and he laughed and joked with his men after translating what he had just said to her.  They rode away still laughing, but she didn’t laugh.  No – she didn’t laugh.

Juliana and her
mother lived in a small but prosperous town named Bertone in the shire of Lincoln and in the borough of Lindsey.  It had been six months since the great battle on Senlac Hill where her elder brother, Aldred, lost his life fighting for King Harald.  They fought bravely for a land free from the Norman pigs that even now imposed their William as their King and conqueror.  These people were not welcome in the land and especially so when her father, a great Saxon warrior of noble birth, had died at the point of a Norman sword when they demanded his surrender of his town.  He was an intelligent man and listened to their demands until they became so outrageous he drew his sword and threatened them with the deaths they deserved.  The rest of the townspeople took up any weapons they could find, from wooden stakes to pitchforks but were quickly overcome and died trying to protect their lord.  Juliana could not think of that time without a heart full of tears and a stomach full of bile, but it was slowly becoming easier to live with as the days went by.  Her father was buried in the nearby churchyard under the canopy of a sturdy oak with his sword and shield befitting the warrior he most surely was, and where her mother, Hilde, could often be found kneeling and crying.  She had been a proud woman descended from Norse nobility and until her husband’s death she was a great lady, always willing to help the people with their troubles and supporting them in their sorrows.  She was now a shadow of her former self although she still dressed well; a tall woman, holding herself erect and always welcomed by the people into their homes.