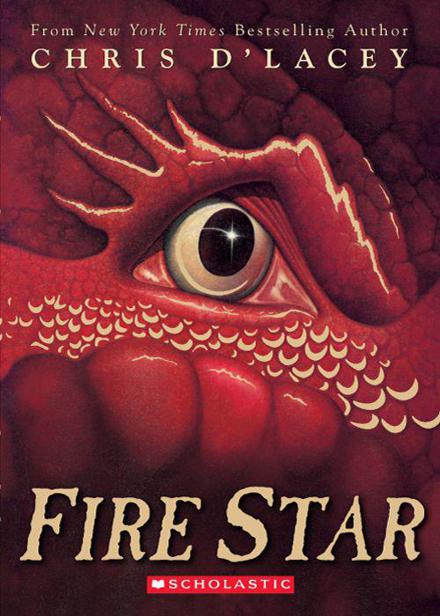 7 AT THE WATER’S EDGE

10 ON THE ROAD TO CHAMBERLAIN

19 GRETEL DOES HER PART

21 WHAT TO DO ABOUT LUCY

25 THE PICTURE ON THE WALL

28 A CLOSE ENCOUNTER OF THE DRAGON KIND

29 A CHALLENGE FOR DAVID

30 THE CALL OF GWENDOLEN

41 THE BIRTH OF LUCY

45 PRAYERS IN THE FOLLY

The lights that shine so softly through our firmament are the patterns involved in unfolding. Pick out a pattern and you have the key to meaning, the means for healing and all the help you need to find the way …

B
oom. Boom. Boom.
Ingavar’s paws thumped loud against the ice as he fled from the drone of engines high above. His chest was on fire. His stout legs ached. He’d been running for almost as long as any bear could manage.

Open water. He must find open water. The threat from the sky was drawing close. Men. Men wanted his pelt, he knew. There was only one possible route to safety: If he reached a lead of water, they might leave him be. If their bullets lodged deep in his back as he swam, the ocean would take him and they had lost; if they shot him down on solid ice, his pelt was theirs.

Pweoww.
The first shot landed a body length ahead, blowing up a wide corona of ice. Ingavar’s momentum
took him straight through it. The shattering halo of bitter-sharp crystals cut into his shadowed, battle-scarred snout, stinging his eyes and ripping at his gums. He snorted and veered away. But that was exactly what the men had intended, he knew it when he saw the ridges up ahead. They were turning him toward uneven ground, where his cover was better but his run would falter.

Water. He
must
find open water.

The second shot grazed his ear. He veered again, this time into the pain and away from the snare of the glistening ridges. The scent of the ocean was strong in his nostrils. The ice beneath his paws was thinning, he could tell. There were noticeable shudders and his footfall was ringing. Any bear worth his weight in seal knew how to judge the thickness of the surface. few more strides and he could rear and break through it, swim below the crust if he needed to.

The third shot thudded into his shoulder. The force of the impact slammed him to his knees. His front legs
buckled underneath his belly and he skidded forward with his chin against the ice, until his balance gave out and he fell, panting, onto his flank. There he lay, heat rising from his scissored jaws, claws extended and scrabbling for a foothold as if they had not yet given up hope. But it was over. Ingavar knew it. His senses were swimming. His leg was gone. Deep at the root of the angry red channel which the bullet had hacked through fur and muscle, the poison was spreading inside his lung.

In the air, he could still hear the buzz of the plane. It seemed quiet compared to the beat of his heart. His chest throbbed against the creaking ice. Blood pooled in the side of his mouth. Sickness claimed his seal-starved belly. The plane circled like an irritated skua. Why? What were they waiting for? Why didn’t they close and shoot again?

He opened his eyes. A wisp of fog streamed across his gaze. A mist was gathering. A mist. How, when the morning sun was bright overhead and there was no
wind rippling through his fur? Dizzily, he rolled his head and scented. The air was moving in a quick white spiral. Snowflakes danced and kissed his shoulder. The blue sky turned by pieces to white. A blizzard had come from nowhere to cover him. He snorted with disbelief and his claws pierced deep into the yielding ice, to mirror the distress gouging through his heart.

A blizzard. Too late.
Just too late.

He closed his eyes for a long time then.

He woke to the sound of his labored breathing and the creaks and groans of the grating pack. The air was brittle with a hazy cold. Moonlight stroked the shifting ice. The burning pain had receded in his shoulder, but so too had all sensation of movement. He rolled over and tried to stand. But his ruined body was far from ready and he crashed before he was halfway righted.

“Why do you hasten your death, fool?”

The voice sent a wave of fear through his head. Instinctively, he growled, raising a bolt of agony in his chest. He lay back his head and quietly whined.

“Be silent,” said the voice. There was a harshness in it that bordered on cruel.

Ingavar widened his arc of vision. Just ahead, along the axis of the lie of his snout, was another bear. It was sitting paws together as bears often did, tilting its head down, staring at him. It looked like a dumpy, elderly female — and yet its scent was completely wrong. There was not a trace of the ocean about it, no sweat of motherhood in its fur, no rotting seal meat on its breath. And though it spoke in the everyday language of the Nanuk, the words did not have the guttural rasp that would single out its territories or its origins.

“What are you?” Ingavar said.

The bear changed into an arctic fox.

This caused Ingavar to jerk again. A column of pain reared in his lung, forcing a splutter of blood from his mouth. He shuttered his claws and slowed his breathing. The fox, meanwhile, had circled to his side, where it stopped and lifted a nonchalant paw, flexing it as though to test the range of movement. It flagged its gray-white tail and sat.

Ingavar ground his teeth. Was this death? Was this the far side of the ice? He blinked and tried to concentrate. Through tight slit vision he saw the fox yawn.

“You were born into the line of Ragnar,” it said. “One of the nine which ruled this … waste.”

Despite the suffering, Ingavar growled. How could this non-thing know about that?

“Ah, that offends you, doesn’t it, bear? Your ancestor was a fighting legend who took the lives of endless men. And here you lie, dying at their hand. How does it feel to be so
useless?”

Hearing this, the bear let out a terrible roar and pawed the ice in an effort to stand. But the noose of pain about his stricken shoulder tightened once more and he fell back howling.

The fox was quickly behind him then, leaning over, speaking into his ear. “I can save you,” it said, seducing him with whispers. “Remember the blizzard that shielded you?”

“That was my doing. One sweep of my …” Here it paused and tested its joints again. “… paw. I can heal you, take away the misery. Send you back to gain your revenge.”

“What are you?” the son of Ragnar repeated.

With a laughing snort, the fox turned into a black-eyed raven. It leaped aboard his shoulder and clinched its talons. “Move and I’ll take your eye out,” it said.

Ingavar looked ahead. The wind was still circling, constantly shuffling the surface of the ice. This beast, this demon, whatever it was, had invaded a world he recognized as real. He had no choice but to trust that it could carry out its threat with ease.

“Help me, bear, and I will spare your life.”

Ingavar gave the slightest of nods.

“You know of a place that men call Chamberlain?”

The ice bear twitched his snout. What did the places of men mean to him?

The bird responded with an angry squawk and
poked his skull just above the eye. “On the north migratory route. I’ve seen your kind there, beggaring for food from the trash dumps and tips.”

Ingavar grunted. Now, he knew. As a yearling, his mother had taken him there.

“Good,” said the raven, dribbling spittle. “There is a man there, nothing more than a boy. He has something I need. Something precious. He wears it like a charm around his neck. It is a tooth, bear. Do you understand?”

The shape of the eye grew long and narrow. The only fabled tooth that Ingavar knew of was that which had fallen from his ancestor’s mouth in the ancient times of wars against men. But that was sacred. And surely lost. All the same, he queried it. “Ragnar tooth?”

“Yes, you hopeless bucket of blubber. Deliver it to me and you will walk again.”

Ingavar took a moment to think. What did this trickster want with a tooth that was a symbol of everything
bears revered? And even were he able to reach the dump town, how would he know or draw close to the boy — or steal the tooth — when hunters were everywhere?

The raven read these doubts in his face. “In Chamberlain, bears are protected,” it said, and yet there was such resentment in these words that Ingavar knew this raven could never be trusted. But his curiosity was as strong as his instinct to survive. If he was going to walk again, he must, for now, heed the bird’s will. He grunted to show he understood.

Again the bird spoke. “There is a girl in Chamberlain who travels with the boy. You will take her a sign from me. One touch of your paw will be enough. She will steal the tooth and hand it to you. You will hide it under your disgusting tongue, then find a way back to the open ice, where I will be waiting. Is that clear?”

“You refuse?” The pointed feathers on the raven’s neck rose as it closed its talons in anger.

“Ah,” said the raven. And it hopped off his side and onto the ice, where it changed into the shape of a human woman. She was as old as the sky and nearly toothless, dressed in the furs of the Inuit natives. In one hand she held a broken bone. Before Ingavar could even narrow his gaze, she had brought the jagged end crashing down upon his head, blooding his fur with three short scars. Ingavar roared and lashed out wildly, but caught nothing but air between his claws. The woman stepped back and called him a fool. Then she ordered him to stand.

And Ingavar found he could.

The blow, though savage, had drawn the fire from his injured limb and allowed a limping strength to return.

The woman pointed the bone at the ice. A small segment melted and water bubbled up out of the hole. “Look down,” she said.

Ingavar bent, then recoiled instantly from his reflection. No! What had she done to him?

“The scars will fade by morning,” said the woman.
“But she alone, the girl, will sense them and be drawn to you. She carries the mark of Oomara on her arm. Touch her, once, that is all you have to do. With it, your strength will return in full.”

Ingavar backed away, shaking his head. “Boy?” he queried. “What of boy?”

“The boy?” the woman said, and at first she just sneered. Then her raven black eyes descended into evil. “The boy is nothing. Kill him,” she said.