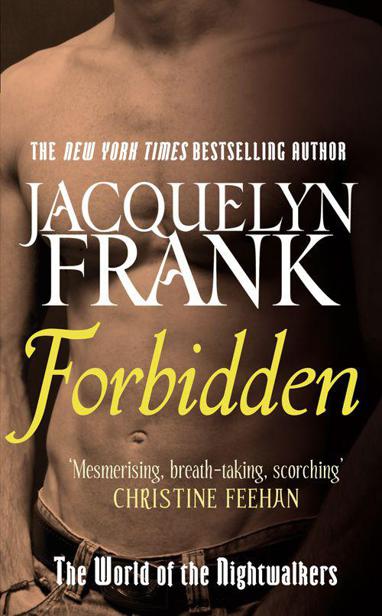 To Natalie and Melena
Don’t ever think I don’t appreciate
what you have done for me,
putting up with my drama queen moments.
Melena, you are a dedicated spirit and
you have helped make my characters come to life.
I will never forget that.

And to Susan …
grandmother to two beautiful Down Syndrome boys.
Thanks for grasping my point and
telling me to go for it.

To Saugerties, N.Y., the beautiful village
where I once lived for many years,
forgive me for taking a little poetic license
with your bridge and your police department. ;)

Ouroboros:
(You-row-BORE-us) a snake or dragon devouring its own tail, a sign of infinity or perpetual life.

Pharaoh:
(FEY-roh) Egyptian king or queen. This is used in reference to both male and female rulers.

Kestra chuckled as she hurried to help the enormously pregnant woman trying to squeeze herself and half a dozen books and scrolls out of the Demon archives situated in the basement of the Demon King’s castle. Said Demon King, Noah, being Kestra’s mate and said castle being their home.

“You would think,” groused Isabella, a Druid/human hybrid, “that becoming half Nightwalker, a powerful, supremely gifted, fast-healing species, would allow me to avoid things like an aching back and swollen ankles. But noooooo.…”

Kestra was used to this complaining and took it as good-naturedly as it was meant. And Kestra forgave Bella for whatever parts of it were not lightly meant. She could understand. Bella, like her Demon husband, Jacob, was an Enforcer. Normally it was her calling to go out and kick ass, take some names, and keep errant Demons from breaking Demon law. But because of her present enceinte state, she was relegated to staying home and playing with her daughter or hanging out in Noah’s
library and playing with ancient scrolls and manuscripts. Bella’s overprotective Demon husband, in his usual high-handed way, wouldn’t hear of her stepping one foot outside the Demon King’s protection while he was away doing his job.

Jacob, Bella, and their daughter, Leah, had permanently moved into Noah’s enormous castle a few months back when Bella had suffered horribly debilitating side effects fighting the poisonous magic of Necromancers, the beginning of a great battle culminating in the final capture of the traitor Demon Ruth, who had long been a thorn in their sides. Now Ruth was imprisoned for all time in a crystal ball, which was no doubt adorning Jasmine the Vampire’s dressing table that very moment, and Bella was recovering … but in the interim, it had been decided the family would continue to remain there as Bella moved from the vulnerability of recovery into the vulnerability of late pregnancy.

Bella was not always as upset about it as she pretended to be. After all, she had the enormous Demon archives and library at her fingertips. Which was basically heaven for a woman who had, seemingly a lifetime ago, been a librarian. Also, one of her Druid abilities was to read almost any language once exposed to it long enough.

“You shouldn’t be carrying the heavy ones. I told you, Jaleal could help you with that.”

“It’s not all that heavy.” Bella dropped a book on the table, the weighty smack of its landing echoing into the rafters and sending a plume of dust eddying in all directions. “Anyway, I wanted to show you this weird little scroll I found.”

She tried to belly up to the table, exhaled in exasperation, and thrust the scroll at Kestra instead. Kestra helped her out, spreading open the scroll and using ob
jects from the table to gingerly hold it open. It was extremely old and had not weathered time very well. She suspected it was from what had once been the poorly protected Nightwalker Library, a damp cavern trove newly rediscovered only a few years earlier. It was destroyed now, thanks to Ruth, but whatever had remained had been relocated into the Demon library archives, where it would be safer … better protected from both the ravages of time and …
others
. Had it been one of Noah’s historical Demon scrolls from the archives, it would have been much better cared for.

“These are … what is this? Egyptian hieroglyphs?”

“Yup,” Bella said, as though reading hieroglyphs were an everyday event for anybody. She leaned forward. “Okay, let me read.”

“Please do,” Kestra said dryly. Though she too was a Druid, her gifts were very different from Bella’s. If someone needed to blow something up, she was your girl, but this was way out of her league.

The Lost Scroll of Kindred … And so it will come to pass in the forward times that the nations of the Nightwalkers will be shattered, driven apart, and become strangers to one another. Hidden by misfortune and by purpose, these twelve nations will come to cross-purposes and fade from one another’s existence. In the forward times these nations will face toil and struggle unlike any time before, and only by coming together once more can they hope to face the evil that will set upon them. But they are lost to one another and will remain lost until a great enemy is defeated … and a new one resurrects itself. . . .

“What do you think it means?” Kestra asked carefully.

“Hell if I know. I mean, it sounds like a huge war between all the Nightwalkers or something. Scary thought, considering. But I’m not interested in playing guessing games. The part I found interesting was ‘twelve nations.’”

They looked at each other, then both snorted out laughs over the unlikelihood.

“More likely these others are now extinct,” Kestra said.

“Other nations would explain all those books in quite a few unfamiliar languages that we found in the Night-walker Library,” Bella posited. “And surely if they were still around, whoever they are, we would have had some sign of them by now.”

“Other than the books? Yeah.”

“There, there,” Kestra comforted her hormonal friend, pulling her as close as she could and laying Bella’s cheek on a shoulder covered in Kestra’s sugar-white hair. “It all happened a long, long time ago. None of it has anything to do with us now.”

“No,” Bella agreed. “None of it has anything to do with us now.”

Docia huffed out a frustrated sound as she just missed spilling coffee on the tops of her shoes, jumping out of the way of the car that careened close to the curb she had been about to step off of. It was a miracle she didn’t get killed, kept most of her coffee in her cup,
and
managed to keep her cellphone from hitting the pavement.

“Nothing important, Sissy. Just bitching about Landon. I think I’m going to jail for murder soon.”

“Nah, you can’t do that,” she countered. “You know what they do to cops in prison?”

Docia bit her lips, trying not to laugh. Despite his play at humor, she could tell her brother was seriously put out. Seriously off his game, too. He had been ever since his partner, Chico, had taken a bullet to the brain six months ago. Jackson was grieving in his own way, and that way seemed to be one of a lot less patience for a micromanaging boss than he would usually have. Unfortunately, Landon wasn’t a touchy-feely type who would understand Jackson popping off and punching
him in the head. It was crucial she help her brother refocus a little.

Jackson paused. “He’s undisciplined and a pain in my ass. He keeps running away.”

“Yikes.” That wasn’t good. If Jackson couldn’t control Sargent, that could mean a lot more trouble down the line. But her brother had a special touch with these K-9 pups. No dog would ever be able to replace Chico in Jackson’s heart, but Docia believed there was room for him to move over and share. The trouble was, Jackson might not be ready to think the same way. It was probably too soon for him to have the new dog. He should have waited. Given it more time. But as one of only two K-9 officers in the Saugerties Police Department, he didn’t have the luxury of waiting too long to replace a downed officer. Especially considering how much time, money, and effort went into training a dog. The department needed the dog badly, and they needed him to be well trained. They also knew that Jackson was the best man to do it. “Well, you’ll get him under control,” she said, not a hint of doubt in her mind. “He’s only a year old.”